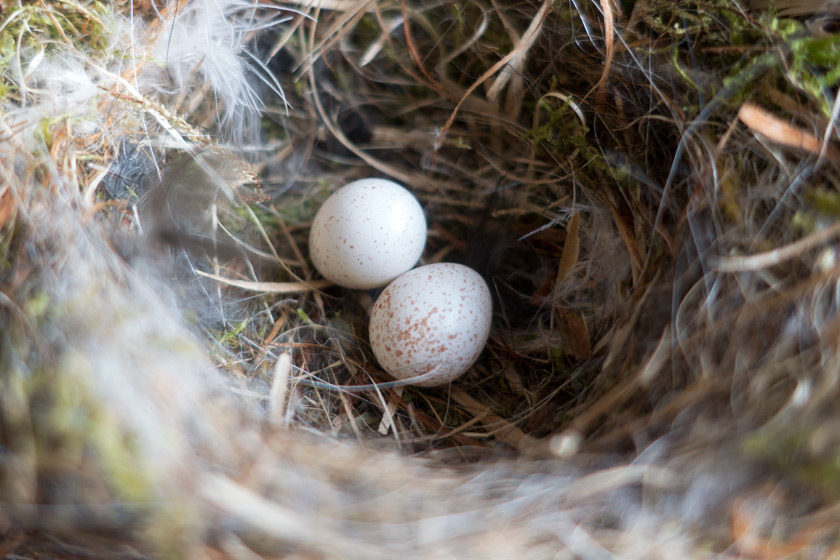 Two families of blue tits set up camp in our sparrow terrace last year. Each day we watched them come and go with beaks full of nesting materials. I had visions of a garden full of fluffy chicks! By the time Summer arrived they were nowhere to be seen. Weeks past; we knew the nests had been abandoned and they were gone for good.

The breeding season ended so I cleaned the nestbox out. The year before last, I found a dead chick in our single box and was half expecting this to be the reason the blue tits left again last year. I tentatively unscrewed the lid to find this…

Two perfect little nests!! Complete with eggs! You can imagine my joy after expecting something gruesome. I took a few photos inside the box and carefully transferred the nests and eggs onto a piece of newspaper to shoot some closeups. 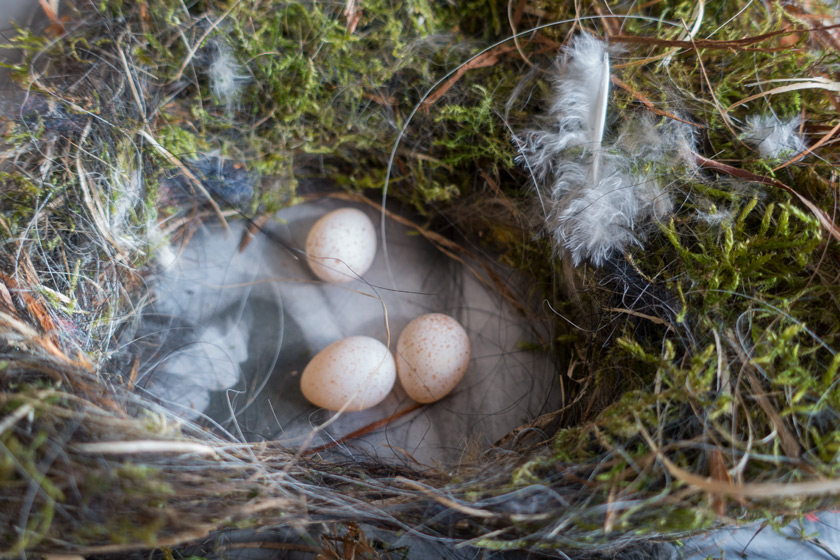 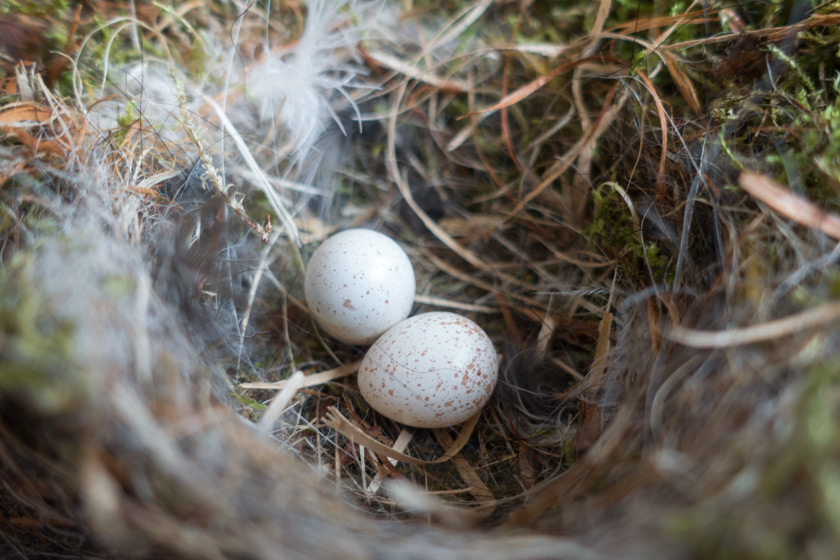 Blue tit eggs are so tiny; no larger than my thumbnail. All of them were cold though. Part of me hoped they’d still be warm and we could incubate them. Had they had hatched, I have no idea what we would have done with them especially as someone would have needed to regurgitate worms in their mouths. 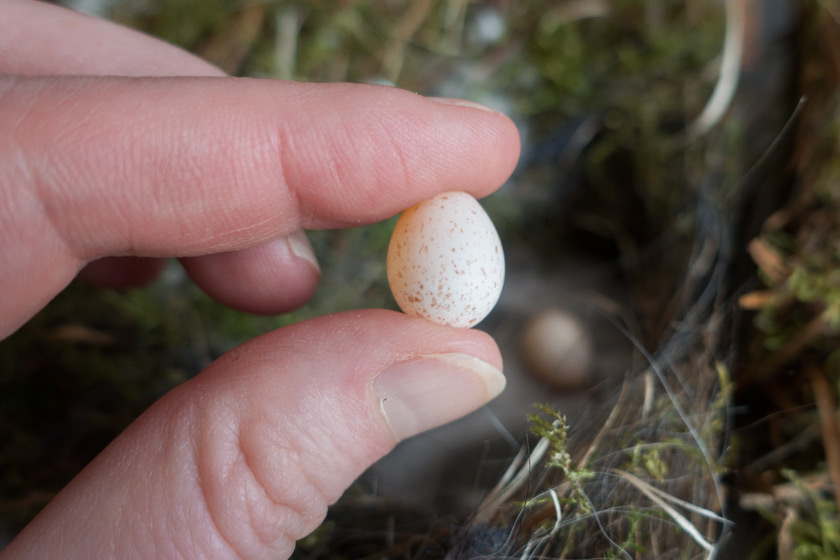 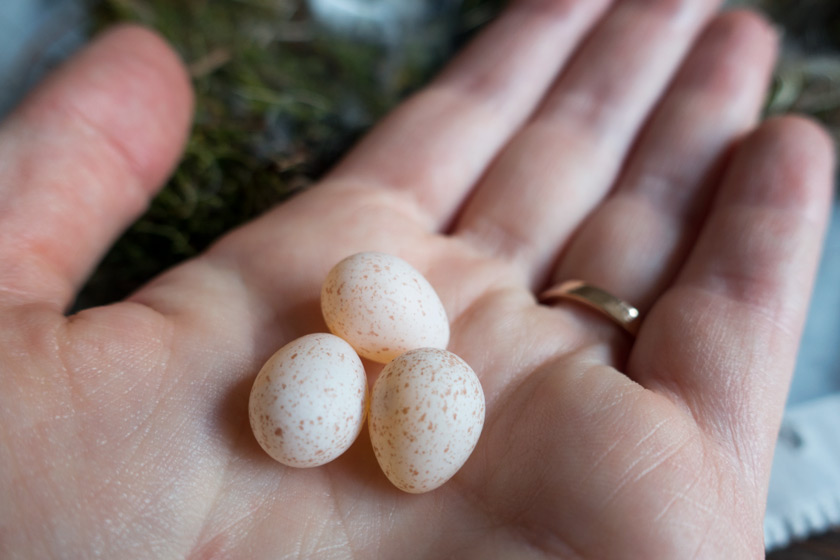 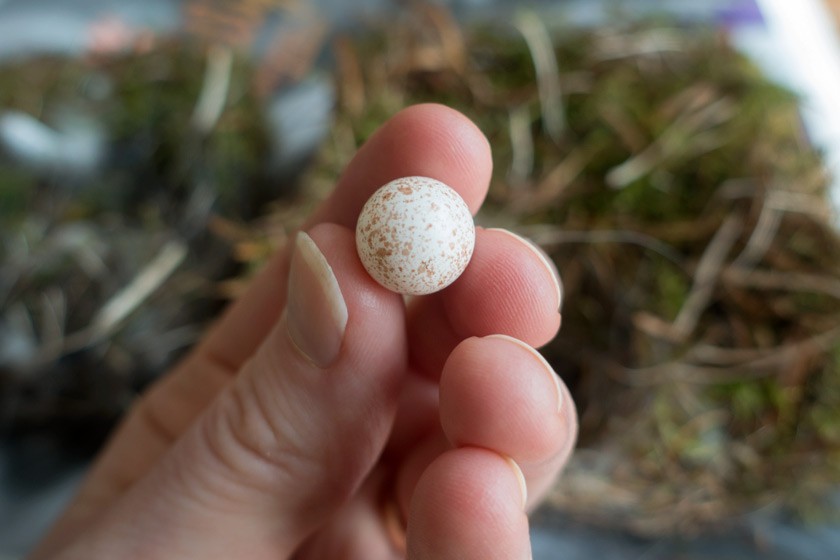 Keeping unhatched eggs is illegal so I had to get rid of them straight away. Bit of a shame but I’m not sure what I would have done with them anyway.

The nesting material was incredibly soft. A woven mass of straw, dried grass, horse hair, moss and feathers. Freshly hatched chicks would have been very happy here I think.

They put so much effort into making these nests and laying their eggs, I couldn’t understand them leaving. But having thought about it, I think it could be down to threat from the crows or sterile eggs. 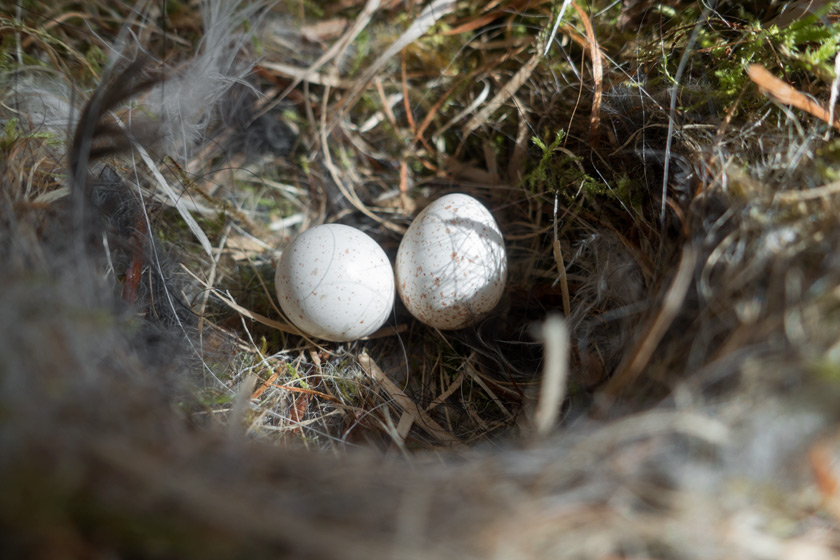 Although it was amazing to see two perfectly formed nests with eggs, hopefully next time I open this box it will be empty and we will have provided a home for a new family of blue tits.

The nests of most birds harbour fleas and other parasites, which remain to infest young birds that hatch the following year. We recommend that old nests be removed in the autumn, from August onwards once the birds have stopped using the box.

19 comments on “Five birds that never were”