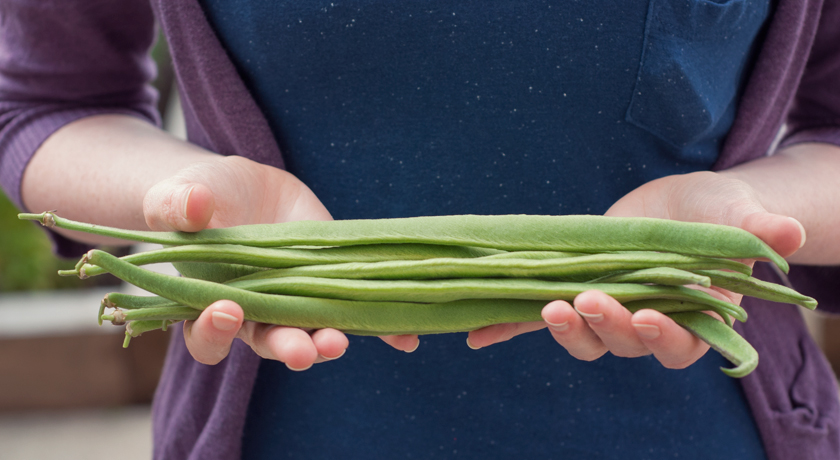 I feel like we have our own slice of the Good Life this week. We’ve had quite a few veggies from the patch, lots of things are almost ready to pick, we’re eating homemade jam and I’m drying chillies and herbs. We picked our first runner beans the other day – they were so tasty, well worth the wait! When we had the fungus gnat problem I barely watered anything for 2 weeks, the beans really struggled and didn’t think they’d make it. So I’m chuffed they pulled through and we have beans. 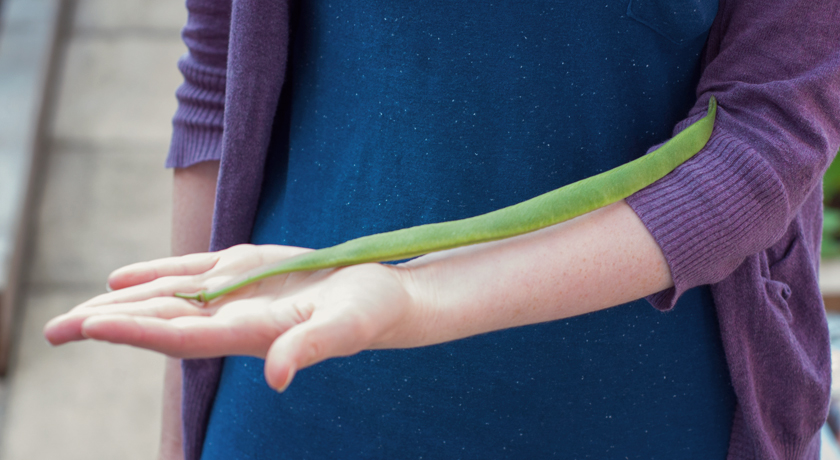 There are a lot more to come too – I’ve got my eye on runner beans with shallot butter and if they all come at once, runner bean chutney. 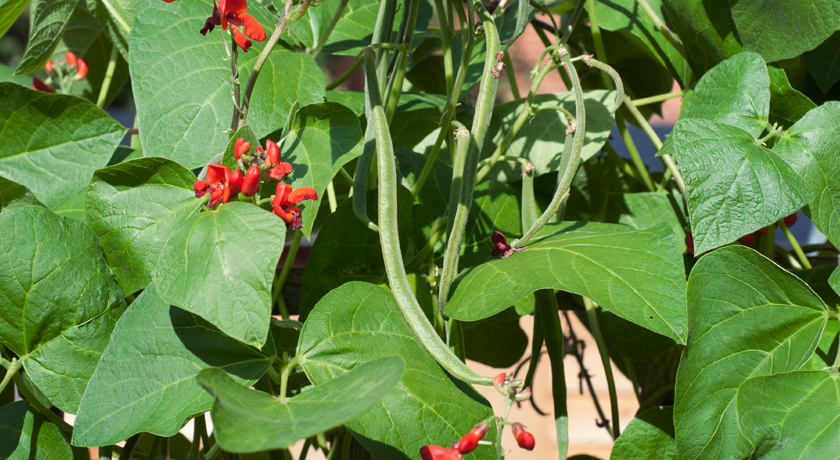 This chilli photo was taken by Scott. He doesn’t normally take photos of the garden but one day while I was picking caterpillars off the kale, he bought the camera out and had a snap. I really like this photo, it makes the chillies look a bit evil and hot. 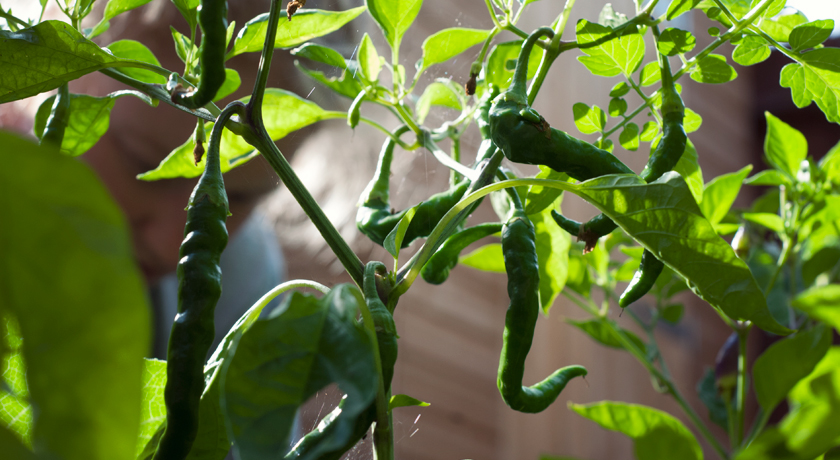 I’ve finally dug all the garlic up, I’ve been itching to see it! We ate a couple of bulbs straight out of the ground and the rest are drying. Now I’ve had a practise run I feel ready to put a few rows in. It’s odd because you literally put the cloves in the ground and leave them for a few months. They don’t take much work, but it feels like a big achievement for me. Fingers crossed the drying goes well.

It appears my swearing at the brother trucking pests paid off last week because they haven’t been back for seconds. Most of the fruits are now orangey green so it shouldn’t be long before they are ready. 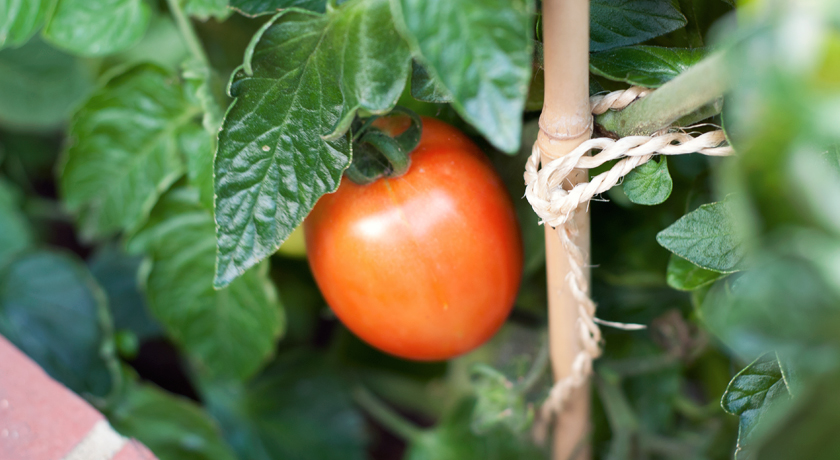 This is the first tomato from the same plant. When I picked it, it was still warm from the sun so I carried it around in my hand for a while. Who knew tomatoes made good hand warmers. 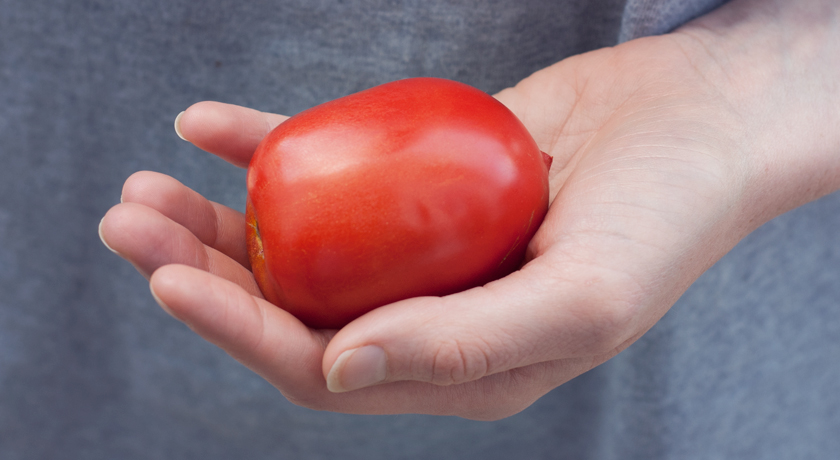 Elsewhere in the garden, the Spotted Lady’s Thumb is turning reddy pink. It has started to go to seed so I don’t think it’ll be around for much longer. I have no idea how it got there but I’m hoping it comes back next year. 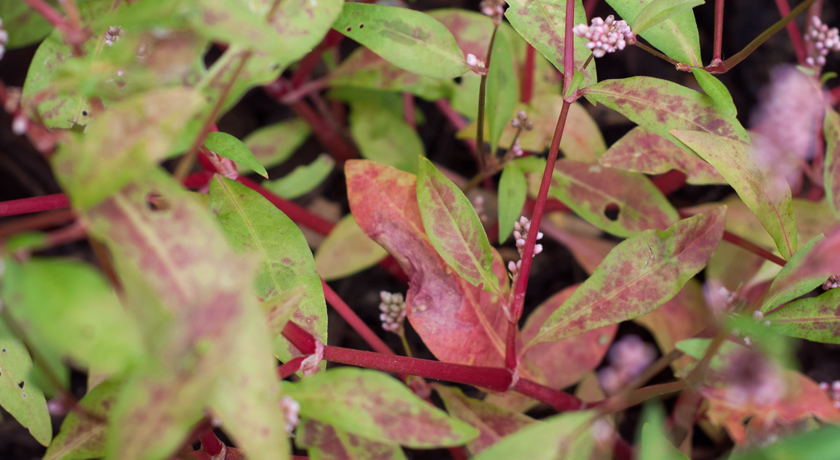 The Begonias G+G gave us are doing really well. I’m glad they sent some our way because I don’t really know much about bedding plants and wouldn’t have thought to pick them up. The best thing about being given plants is discovering things you wouldn’t normally buy. 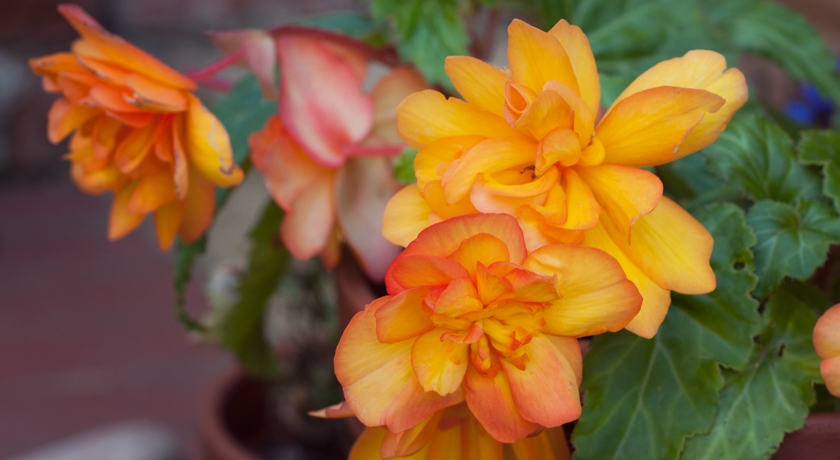 I spotted tiny tiny flower buds appearing on tips of the heather plant. This one is Autumn flowering but it looks like we still have a way to go yet. 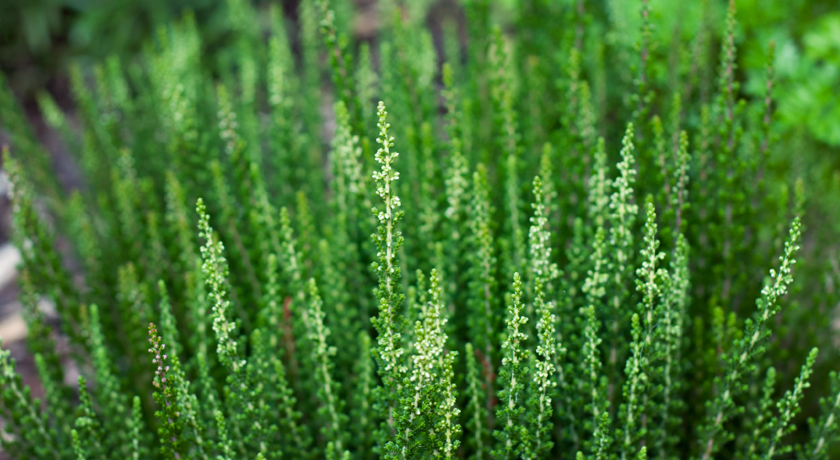 I’ve started noticing small hints of Summer winding down. It’s still warm but the Autumn heather is forming buds, the cornflowers are starting to look pooped and the back garden is getting less sun than it did a few weeks ago. But it doesn’t make me sad because in a few weeks time I’ll be planting garlic, spinach and lettuce that loves cold weather as much as I do. Vive la veg patch!