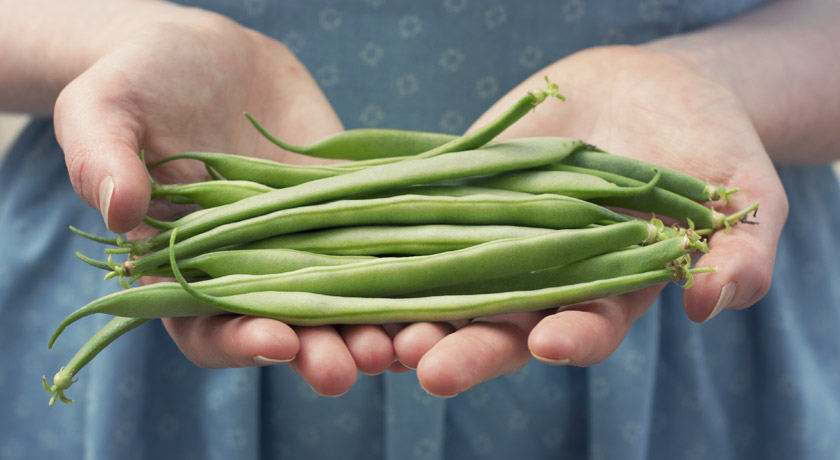 The veg patch is having a real growth spurt at the moment and we’ve eaten something from the garden nearly every day this week. Our hard work is paying off. I opened the curtains one morning to find a courgette flower beaming back up at me. At the moment we only have male flowers, no courgettes yet. 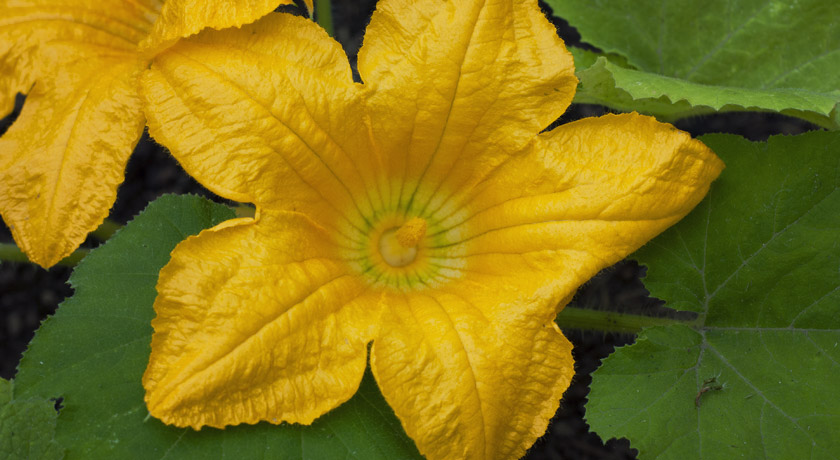 We’ve been eating lots of red salad leaves. I forgot to thin them out so the row is jam packed – I’ve picked enough for three salads this week and there’s still plenty left. 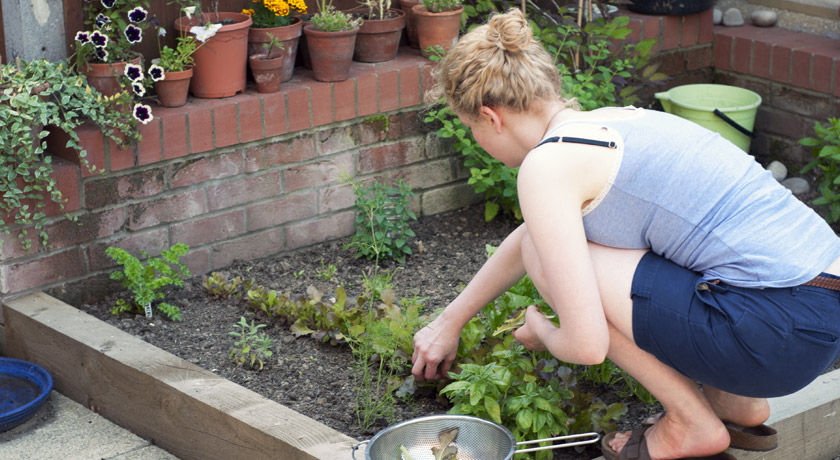 I love the colours in the leaves, they really liven up even the simplest of salads. 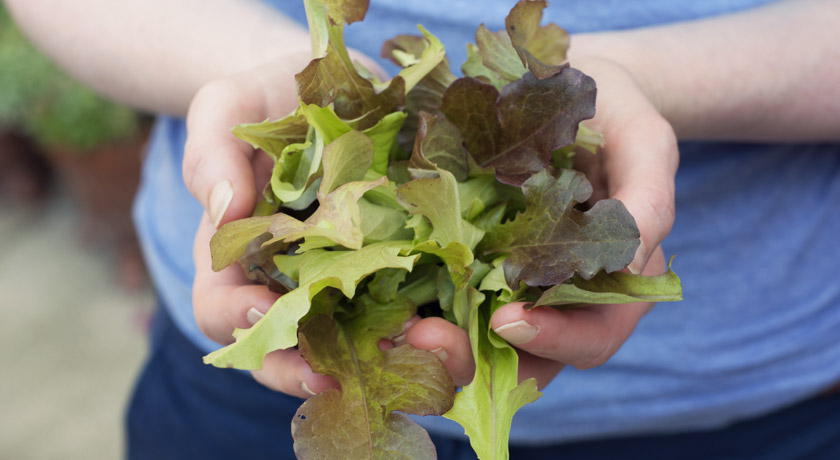 We’ve eaten some delicious dwarf French beans (called ‘The Prince’). After munching on these I’m going to make an effort not to buy beans out of season from the supermarket.

Our runner beans were a bit slow to get started but are covered in flowers now. Scotts Grandparents gave us these plants, they kept some for themselves and also gave some to Scott’s Mum. His Mum has managed to grow a 15 inch bean. 15 inches!! It has become a talking point in the family and sparked quite a few bean related innuendoes 🙂 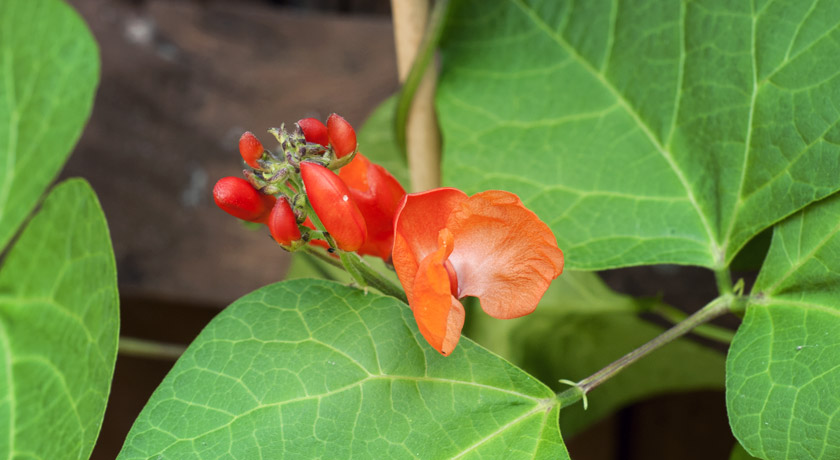 These are the two raised beds. I’m taking a ‘plant it and see’ attitude as it’s our first year in this house/garden. Everything’s gone a bit berserk but is healthy. 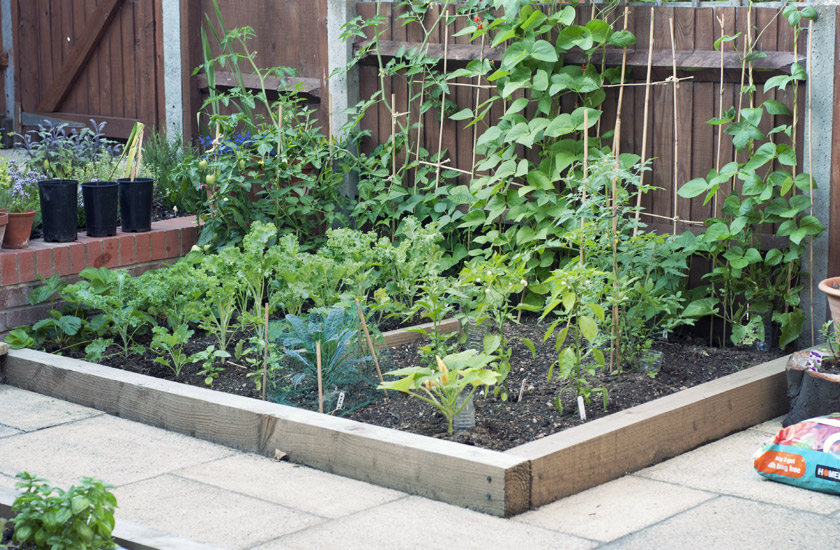 This bed has less in it due to the leaky guttering flooding the other half when it rains. 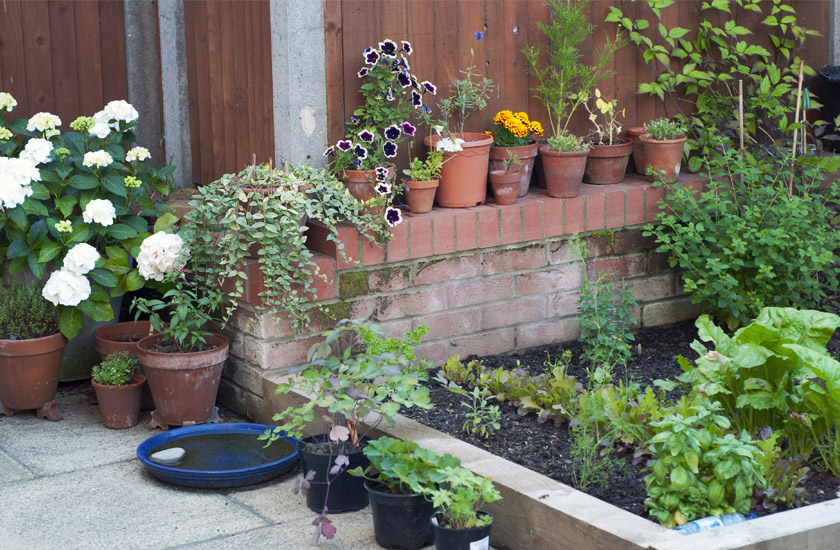 In the front garden our Crocosmia are flowering. 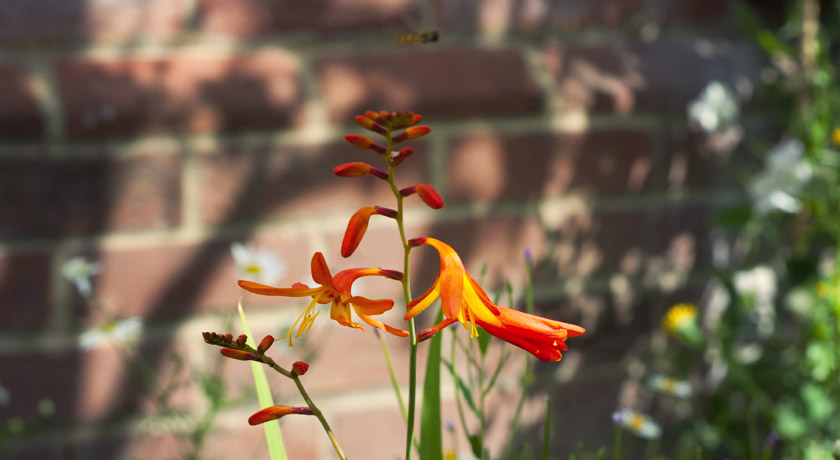 Some Love-in-a-mist have popped up. I didn’t plant any and the flowerbed was bare grass when we moved in so I’m assuming they were in the wildflower seed mix we scattered in Spring. 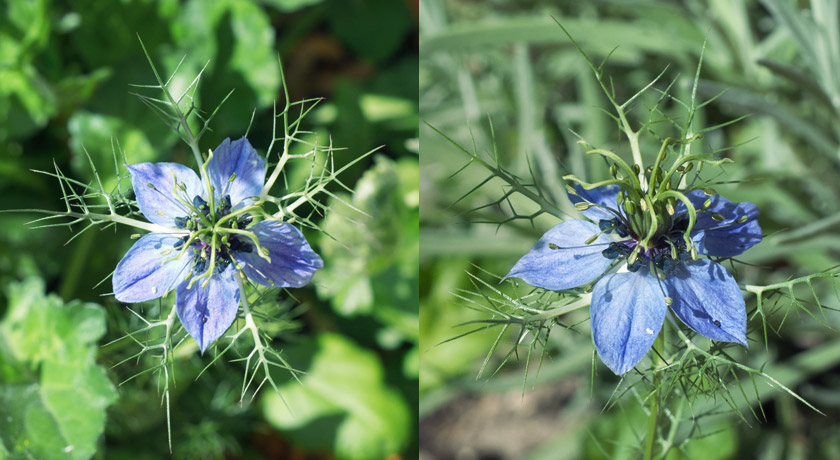 These flowers were another gift. I’m not sure what they are but they really brighten the front up. 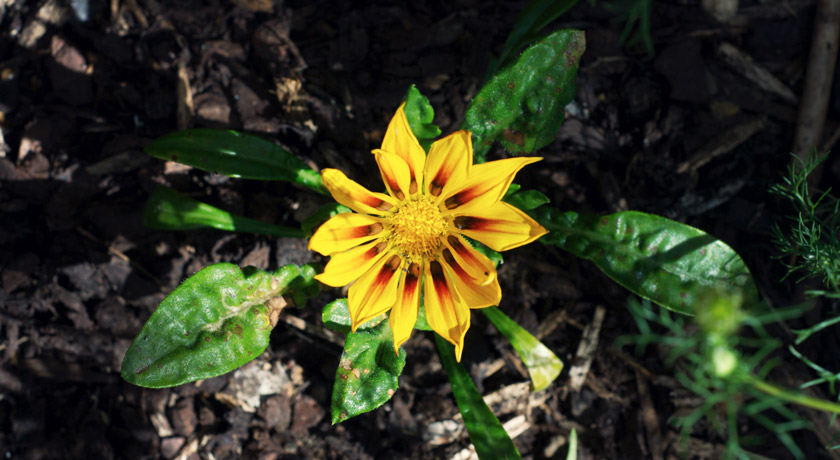 While walking along the lanes last week I spotted some green blackberries! They remind me of eggs in a birds nest. 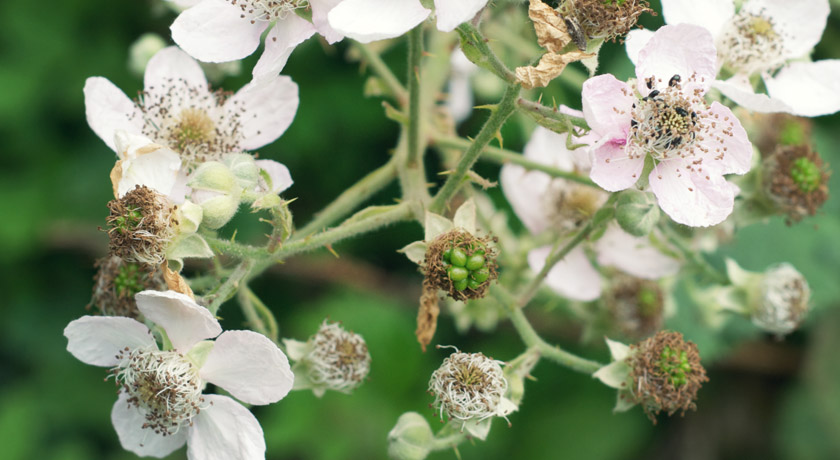 On one hand it feels like Summer hasn’t been here long and now the blackberries are starting to appear. I’ve actually seen the odd ripe one too. But it means we are getting closer to homemade blackberry jam and blackberry picking is one of my favourite foodie things of the year… and not just because you get to walk around with zombie hands for a couple of days afterwards (although that does make it more enjoyable).