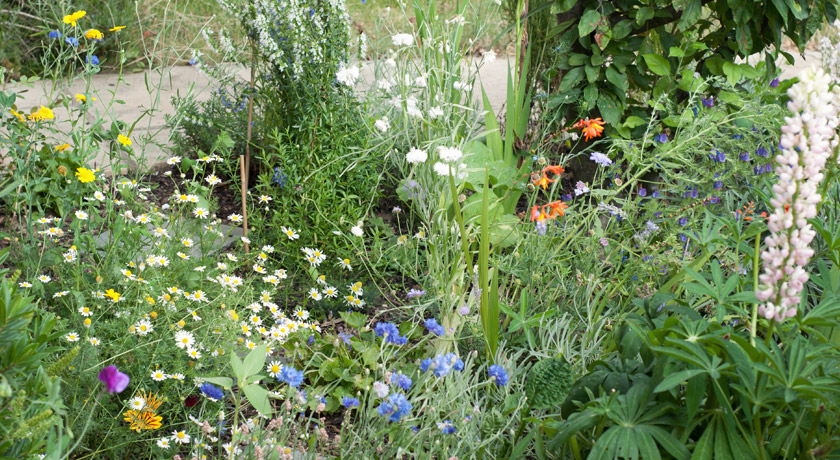 This week is the one year anniversary of moving into our house. And that means one year of having a proper garden! WHOOPPEEE! This post is a bit of a mishmash of photos from the year so not all of them look great. When we moved in the garden was nothing but concrete and layers of effing pebbles.

And one year later it looks like this! A couple of raised beds, some vegetables and flowers.

We’ve also got some snazzy bunting up in the shed to stop birds flying into the window.

Having our own garden means we have space to store a BBQ! We cycle to our local farm shop to buy meat – we’re not total binny wheelers, the photo below was dinner for 4. 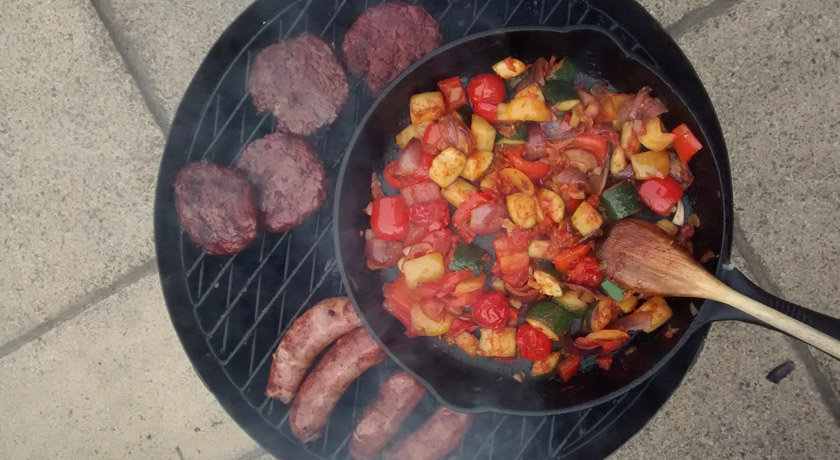 The front was filled with woody lavender and patchy grass. It’s only a small space so Scott suggested we turn the whole thing into a flower bed. Once cleared there was more space than we thought.

There are now lots of bees and hoverflies. We wanted to make this space wildlife friendly rather than just looking nice for humans. It took a while to choose the right plants but the hard work has paid off. 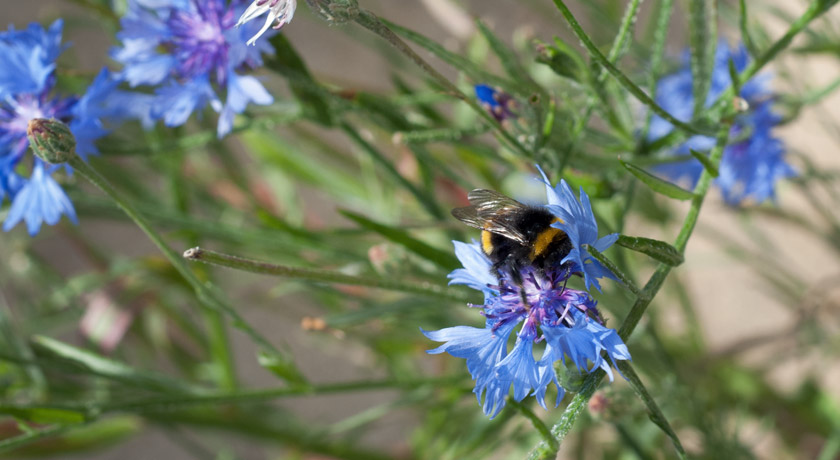 The birds are also making themselves at home. We have lots of house sparrows and these two are young house martins nesting in the apex of our roof. Getting birds into the garden has been really rewarding because it took months to attract them. 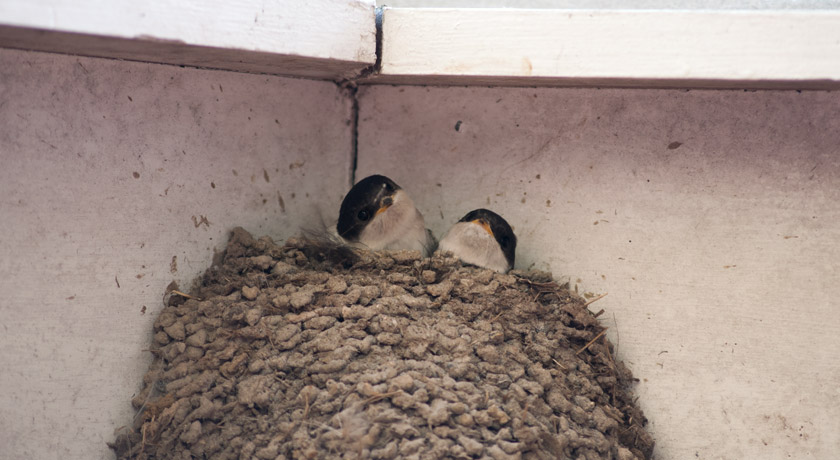 This week I’ve harvested lots of chillies. I’m not sure what variety the green ones are but they are hot. I nibbled the end of one and it wasn’t hot at all so snapped it open and licked the inside. Big mistake. 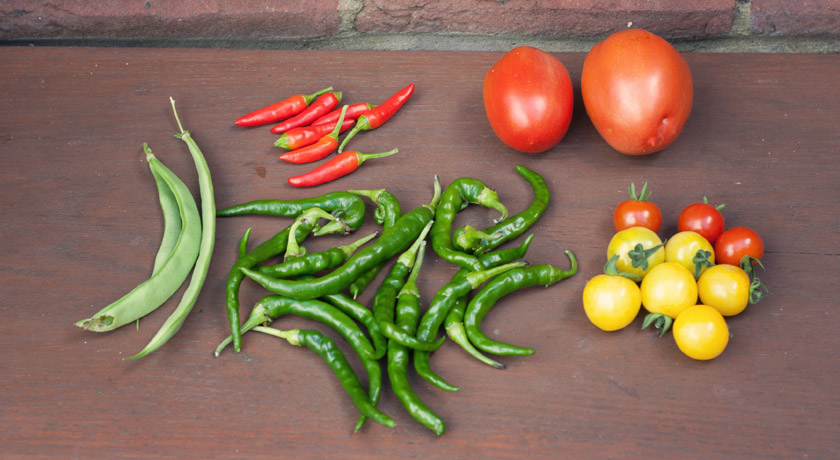 Late Summer has definitely arrived because the first oxeye daisy has popped up. 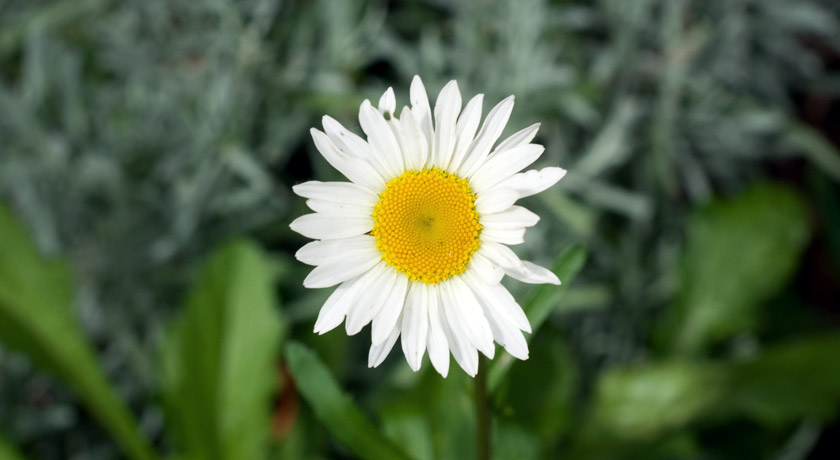 The fuschia have opened. I think they will keep flowering until October/November time. 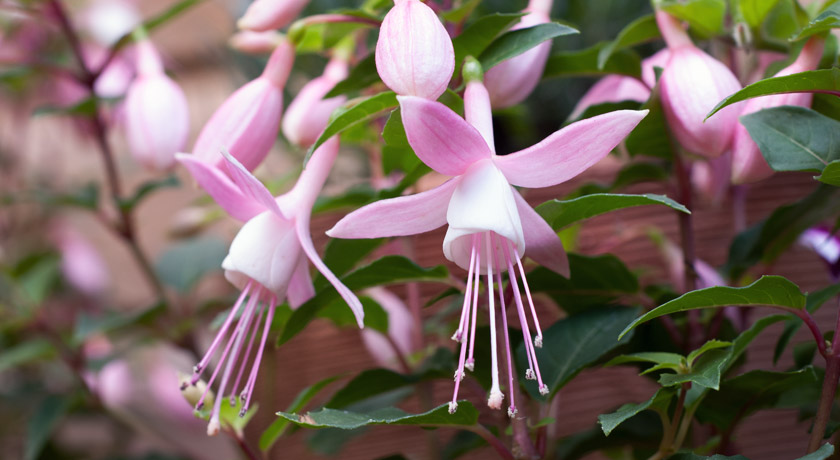 Hooray for having a garden. It’s been a real team effort to get it looking nice. We built the raised beds together and Scott helped me spread the manure in the cold even though it was warm and smelly. He’s built a weather station, taken the manky old satellite dish off the side of the house and is on an everlasting mission to stop the gate from breaking. I’ve been busy planting seeds, weeding and maintaining our little plot. We both agree having BBQs, homegrown food and cheeky birds (not the busty type in bikinis, unlucky for Scott) have been the best bits. Roll on year 2.