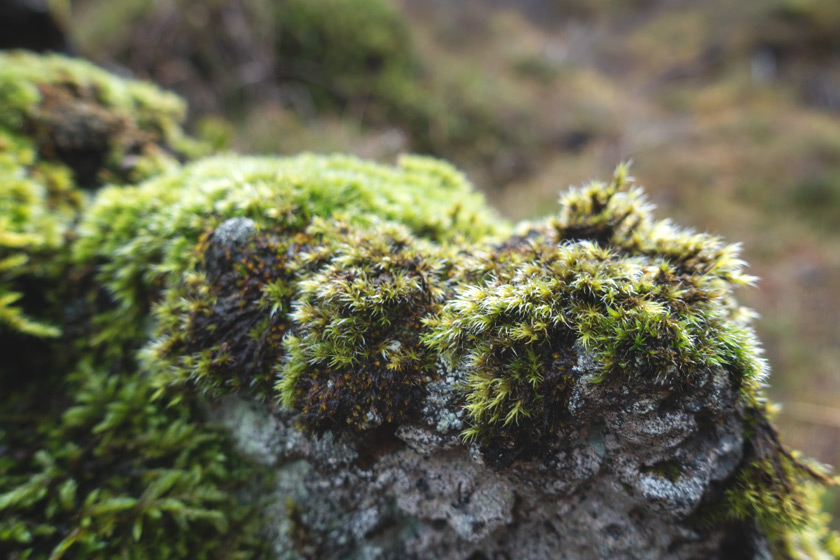 Heiðmörk is a nature reserve on the outskirts of Reykjavík. Getting to Heiðmörk from the city centre was actually very easy without a car. I’ve put the bus information at the bottom of this post in case anyone needs it for their hike.

A wonderful recreational area with many trails leading through a vast expanse of bushy vegetation and lava formations.

After getting off the bus in a residential area called Bugða (location), we joined a footpath along the edge of Lake Ellidavatn. That lead us to road 408 (Heidmerkurvegur) and took us over an area of water where the river Suðurá joins lake Helluvatn. And off we went!

Scott discovered it’s much easier to find hiking routes on Open Street Map than Google Maps. It helped us navigate the network of paths, so check it out! 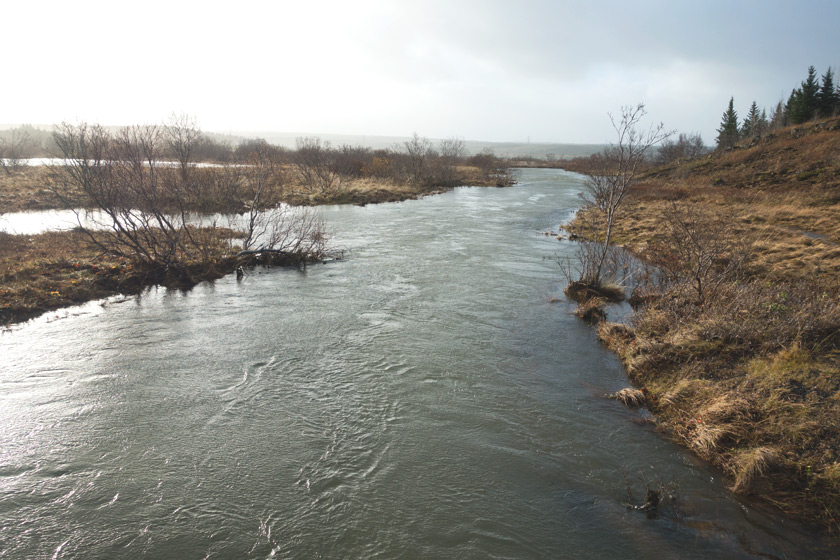 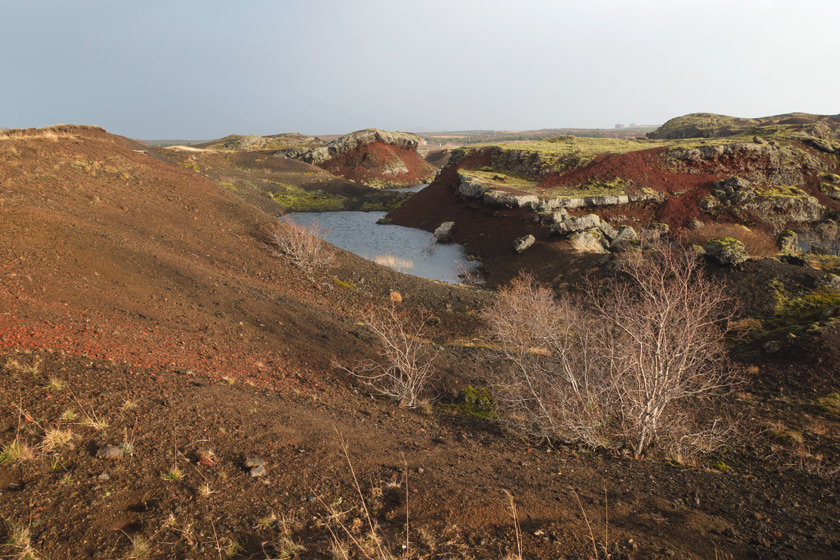 Most Nordic countries have a substantial amount of forest cover. From what we’ve seen of Iceland, there aren’t a great deal of trees. I quizzed a local about it and he said it was because of the Vikings using the wood to make boats and live from and sheep grazing. More than four million trees have been planted in Heiðmörk since 1950, so if you are looking for a tree fix this is the place to visit. 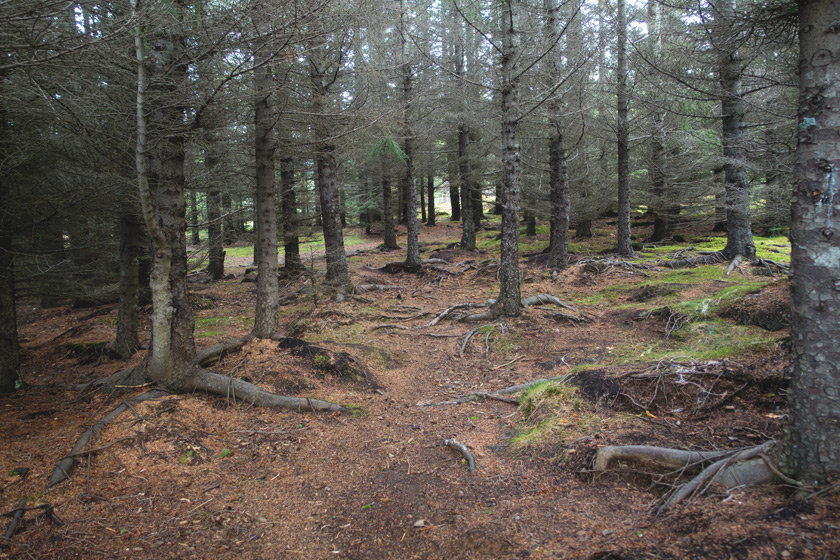 My favourite thing about this place was the amount of moss! Scott said to me that if he’d known about my moss obsession before we got married he could have changed his mind. 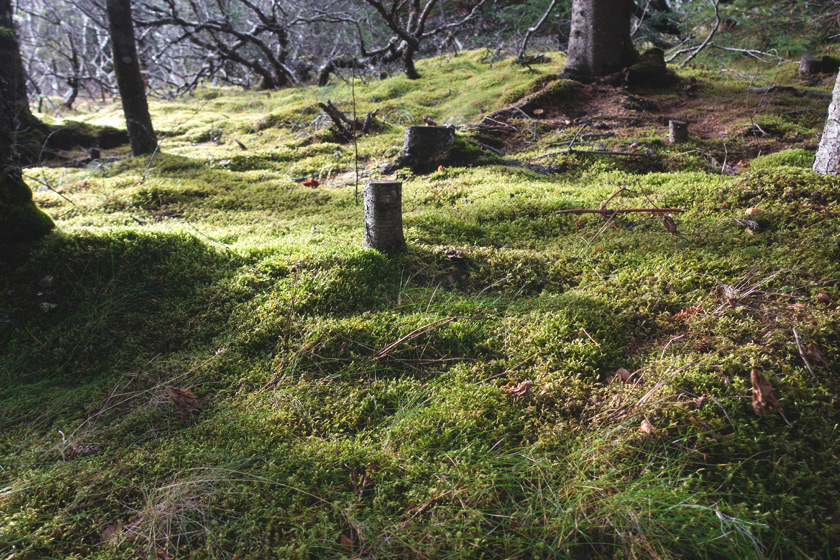 These teeny tiny mushrooms were growing out of the moss above. I had to get into a very undignified pose to get this photo but it was worth it 🙂

It took us just over three hours to walk around most of the reserve. As we got closer to the Reykjavik surburbs on the route home, the ground flattened and revealed a sea of white houses on the horizon. 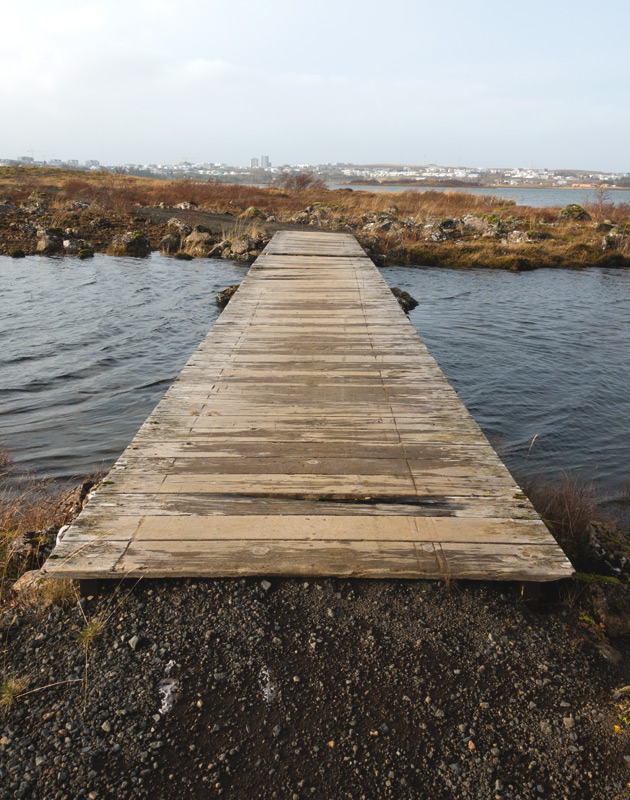 Hope you enjoyed the photos! You’ve just ‘walked’ around an Icelandic nature reserve from the comfort and warmth of your own home 🙂

We caught bus number 5 from the Hlemmur bus station, down to Bugða (the closest bus station to the reserve). Bugða is a residential area; don’t think you’ve ended up in the wrong place when you see it 🙂

Strætó is the bus company and you can either buy tickets from the bus driver or through the Strætó app. When you purchase a bus ticket you are buying 1.5 hours of bus travel. So it works out to be great value if you are travelling for a while.

If you use the app, you need to activate the ticket before you show it to the driver — which requires data. The app was a bit buggy on Android (which tourist information warned us about) and if activation seems unresponsive, quick the app and load it again. The ticket should go green. You might be fine but in case it’s not, you know what to do.