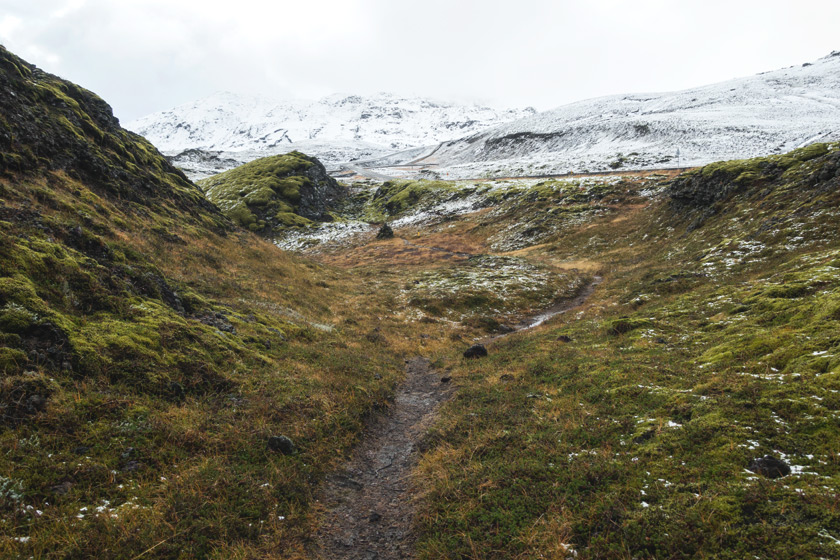 Nesjavellir is a geothermal area near the Hengill volcano (Southwest Iceland) and is home to Iceland’s second largest geothermal power station. The land is a mixture of mountain terrain, lava rocks, mud pots and boiling springs. Out of all our hikes, these trails were our favourite.

Our feet took us up high into the mountains and back down into the bottom of the valley. You’ll see from our photos that we experienced just about every type of weather in just three hours; snow fall, ice, wind, rain and sunshine! 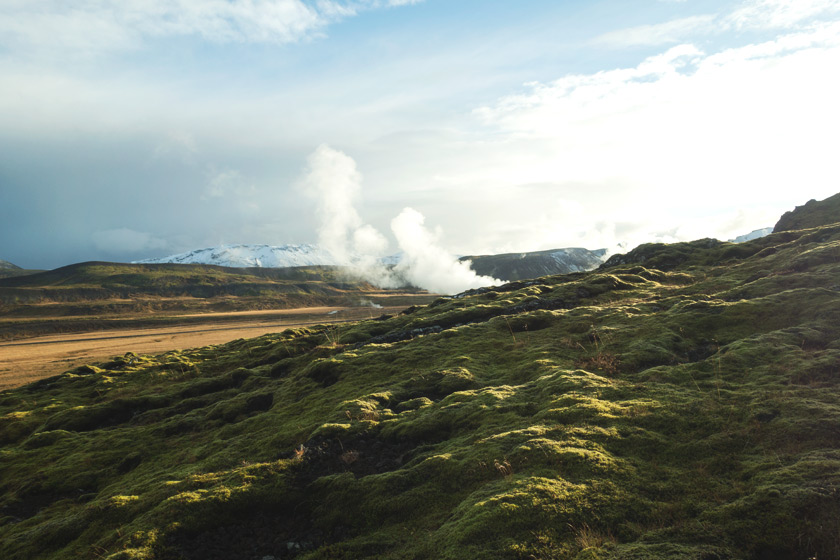 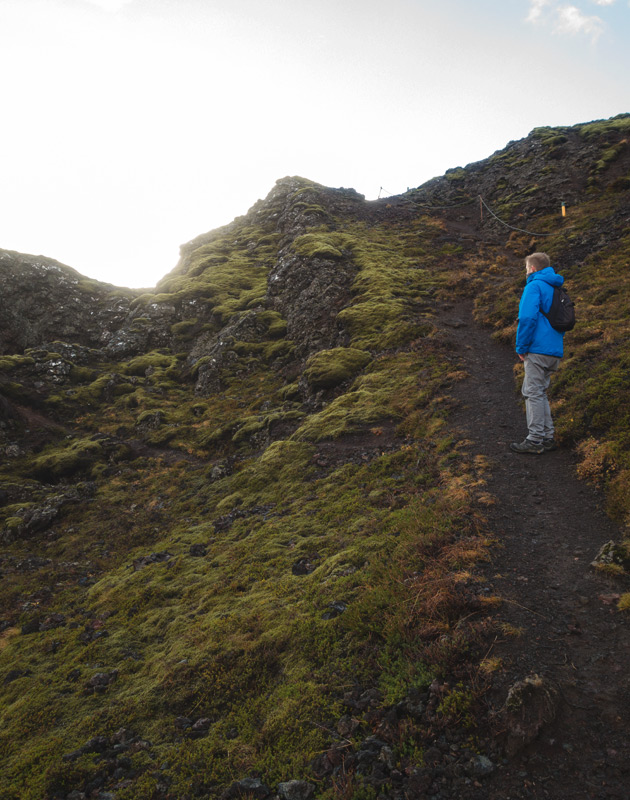 The paths were really steep in places but once our legs warmed up we were hiking like a pair of champs. If I’m honest, the chocolate chip cookies I was carrying in my bag might have helped too. 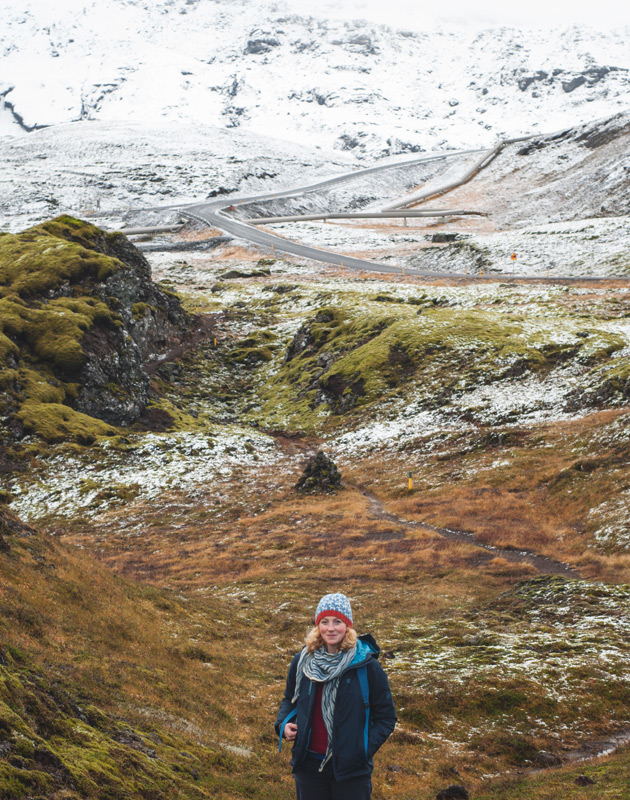 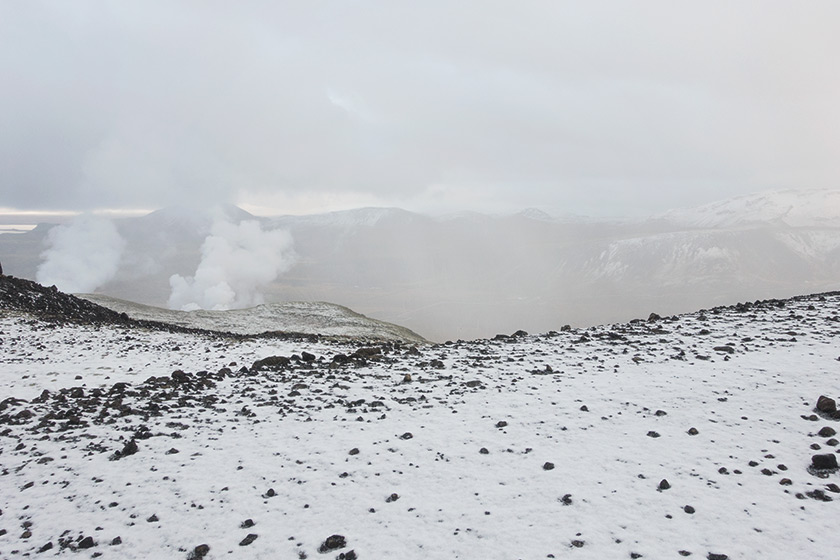 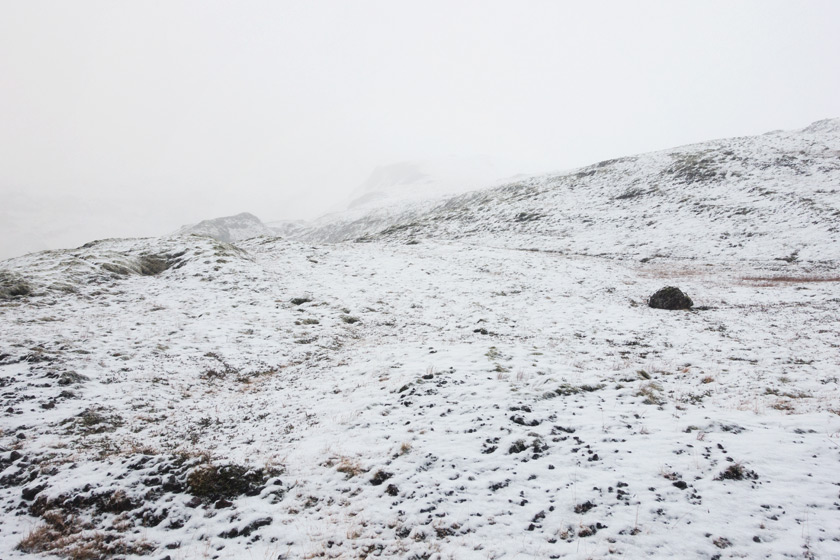 The higher we climbed, the more snow lay on the ground. Grey mist slowly crept over the top of the mountains, bringing snow and ice cold winds. I took a bazillion photos up here but limited it to two in this post because I want to show you what the whole walk was like. 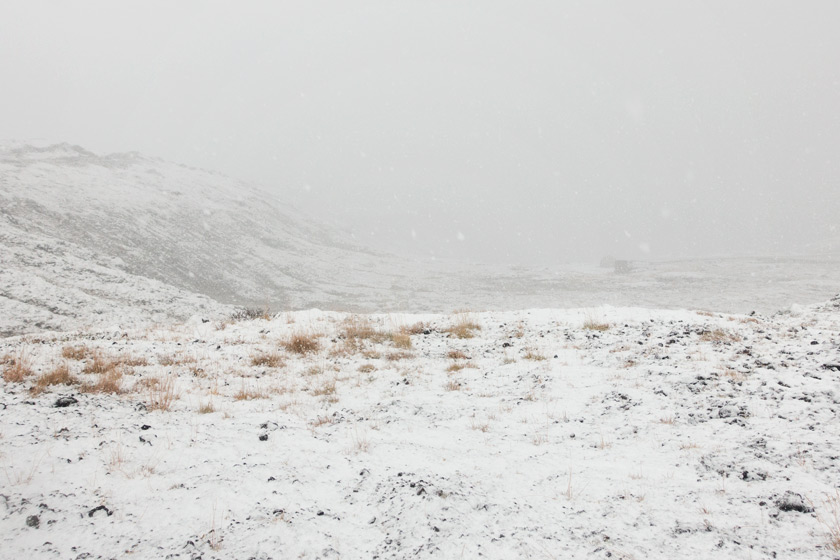 Dipping down into the valley we came across some hot springs; plumes of steam rising from water bubbling away between the rocks. Hot water too, 80°c – 100°c. Not the sort you want to take a dip in to warm up. 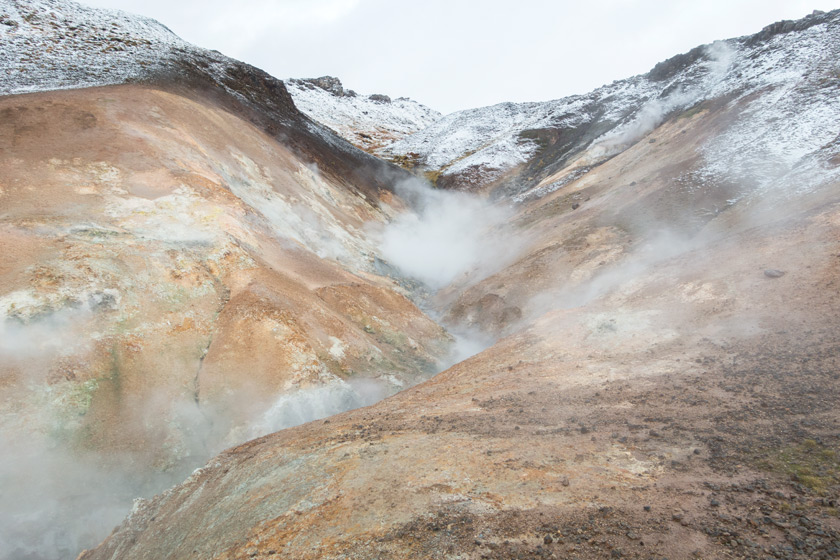 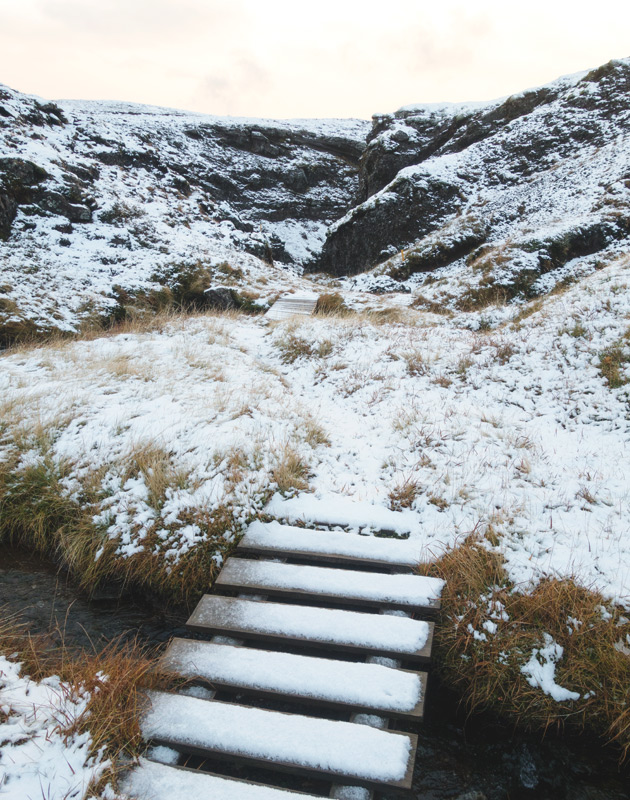 We clambered further into the valley, across little wooden bridges and down big rocks. I really enjoy this type of hiking. Looking ahead to plan out your route and where to put your feet. It’s good exercise for the brain as well as the body.

Scott had to help me across one of the hot streams on the map. It was quite high from all the rain and there was a single rock to use in the middle. My legs were only just long enough to reach it haha! And after seeing warnings for hot water I didn’t fancy falling in doing the splits. So he took his long legs over first and yanked me across once I’d made it to the rock. True gent. 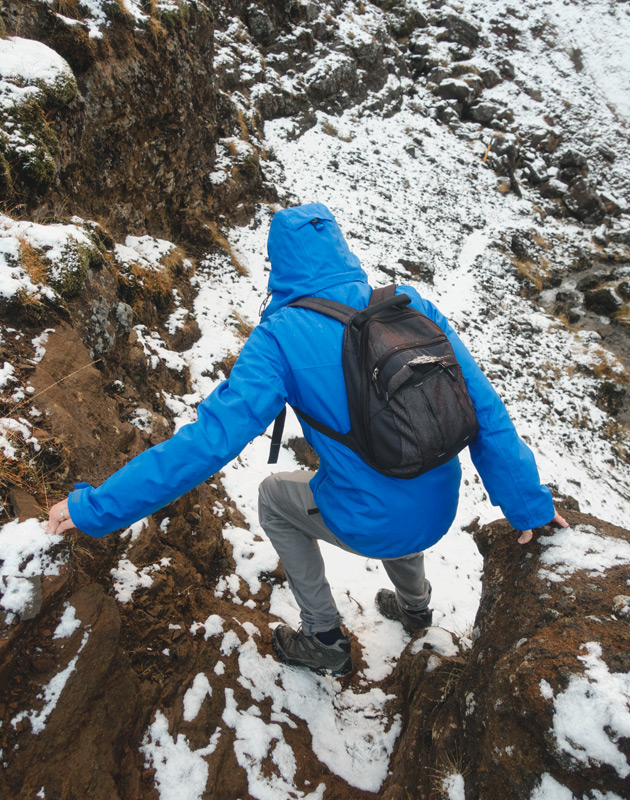 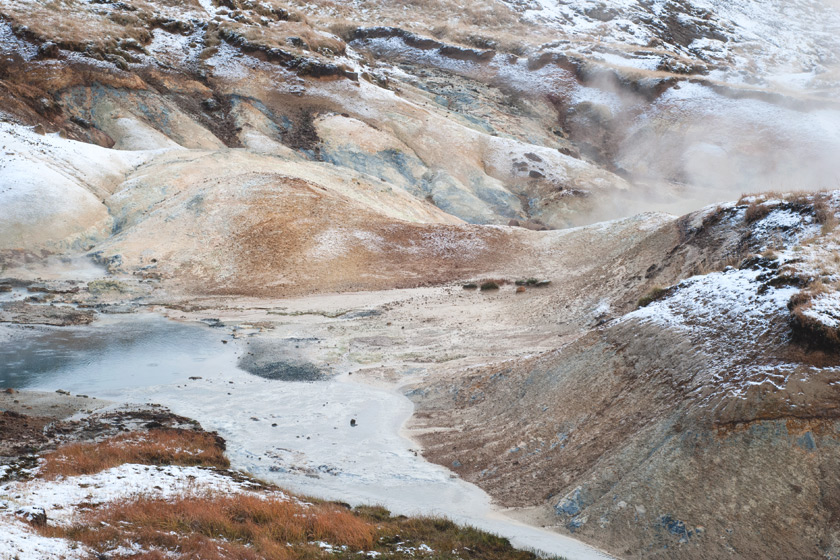 The second set of springs and mud pots we came across we even more beautiful than the first. Just look at the patterns and colours on these rocks! 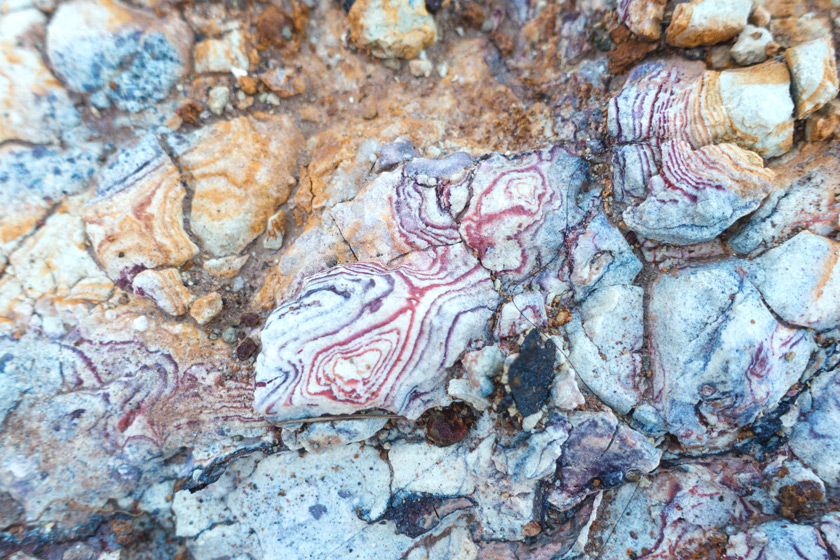 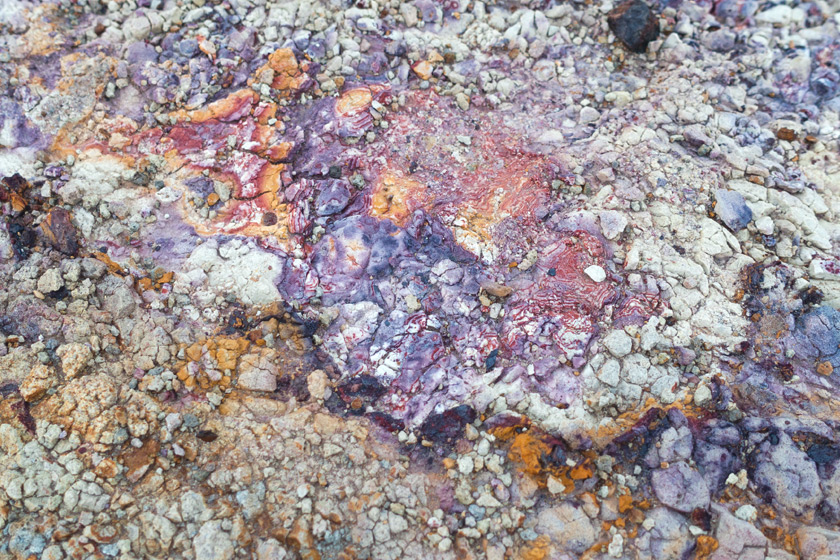 We were now in the lowest point in the valley so the only way was back up. As we climbed higher the sky brightened but the sun was starting to set so we picked up the pace a little. 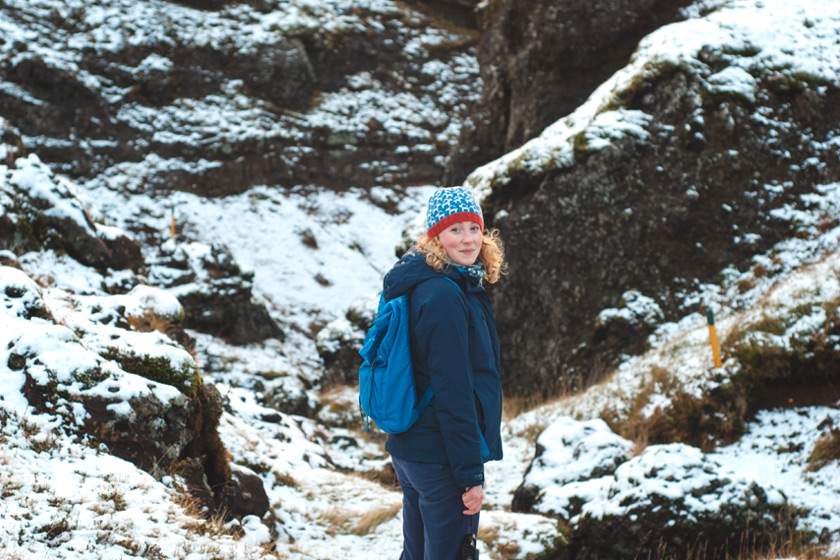 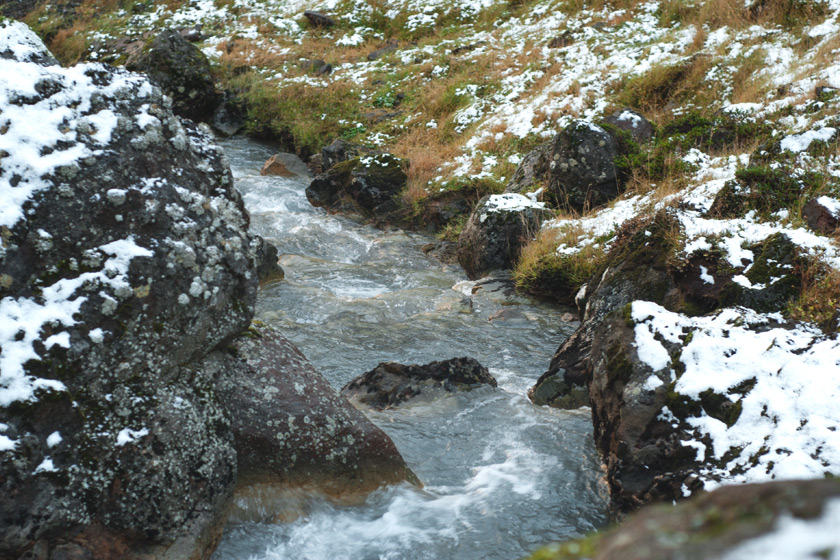 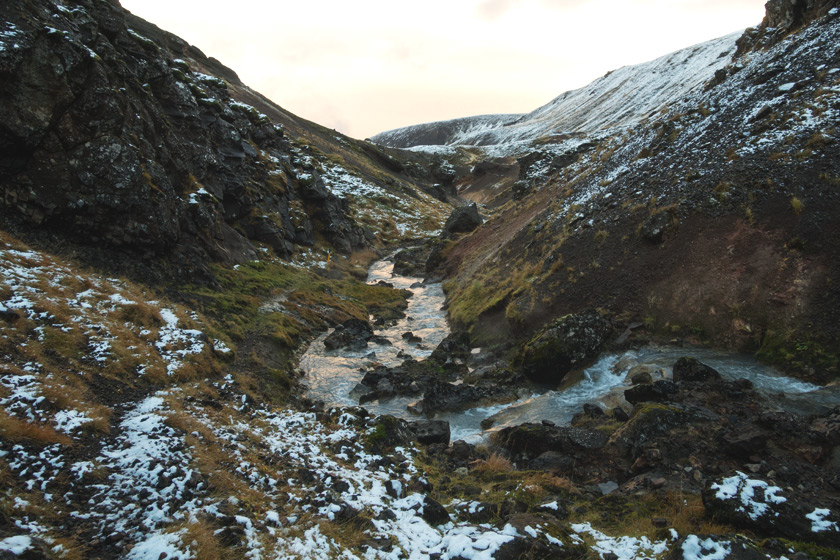 Below you can see the Nesjavellir geothermal plant. It may look like a monster on the landscape but it wasn’t at all because it was dwarfed by the scale of everything around it. Up close it was virtually silent, gently puffing water vapour into the sky. Who would have thought a power station could be peaceful! 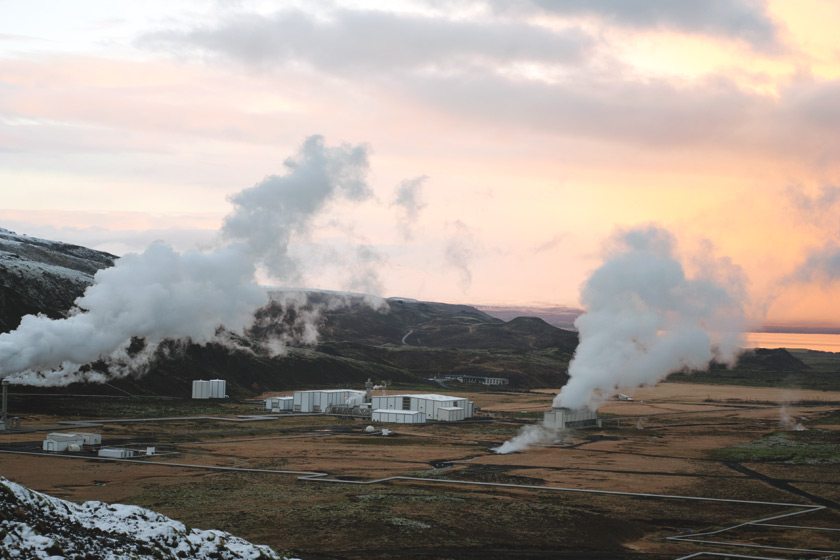 I look back at these photos now and I cannot believe we stood in such an amazing place. I’m a bit camera shy so don’t often post photos of myself but I wanted a record of me being here. And to show you the scale of everything. We didn’t see another soul on this hike so the only people who could add perspective were Scott and I 🙂