We have now been living in Sweden for one year. Wowzers! I wrote about the process of moving last year and always planned to write a follow up post to share how we’ve been getting on. 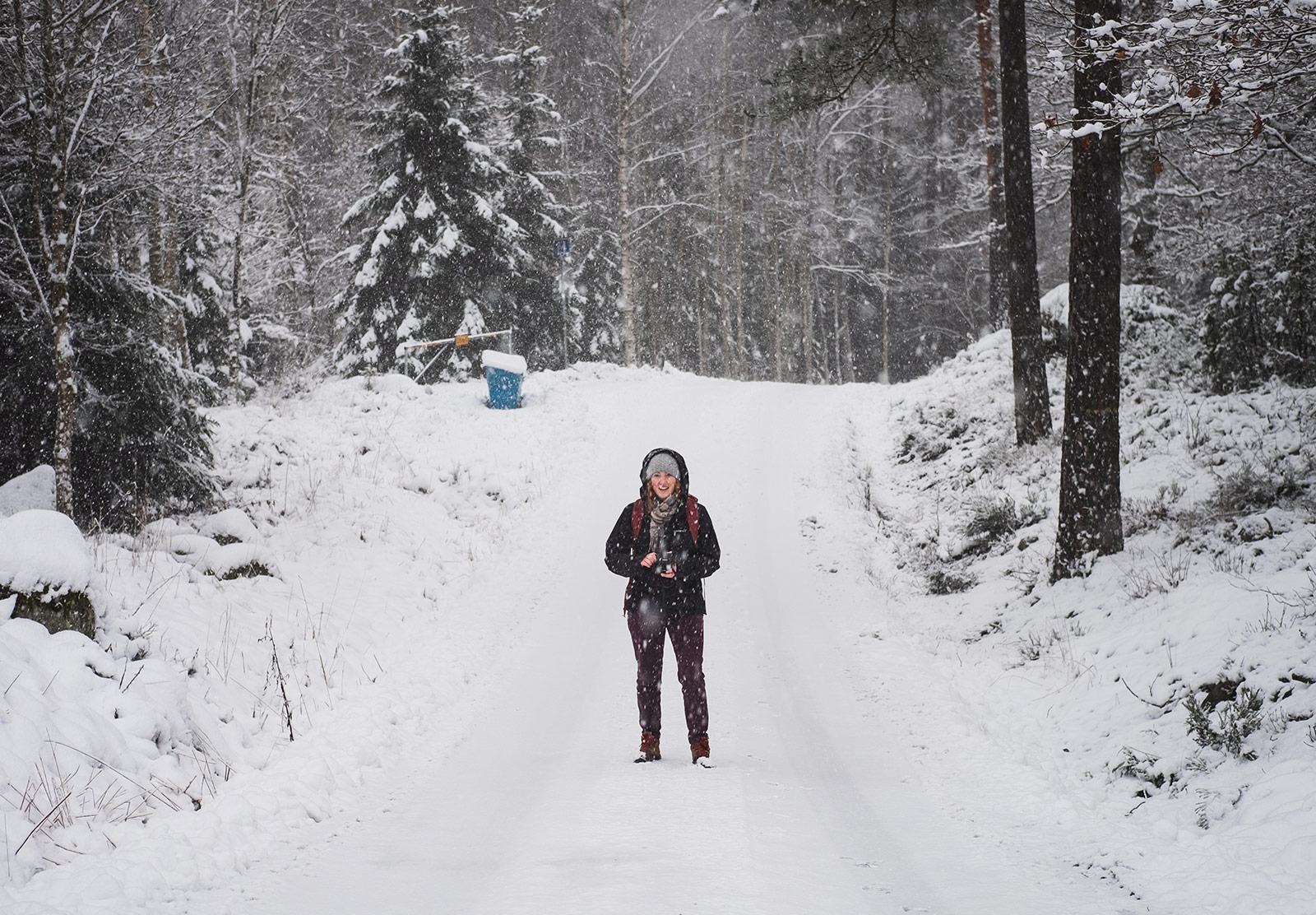 Moving to a new country has been exciting but also very hard. The huge amount of work it took to pack up our UK life was laid out in reverse at this end; we crossed the finish line and realised we still had half a marathon left to run. And my brain ended up so focused on the former, it repressed the prospect of the latter until the time came.

Despite the challenges, we love life in Sweden and haven’t had any second thoughts about our decision to leave the UK. I am so happy to call this country home. If you want to get a feel for what it’s like, check out my Sweden category (places) and life category (indoor life).

I kept a mini arrival diary for a first couple of weeks and noted that we felt between places. The UK was no longer home, we hadn’t yet created a home in Sweden and our belongings were enroute in a lorry somewhere. We also didn’t know a single person in Sweden. It was a strange feeling.

Everything felt uncomfortable, even something as simple as visiting the supermarket. I had to translate signs and packaging on my phone (see dairy fails below). I worried about looking stupid if I didn’t understand someone and other people not understanding my attempts at Swedish. Now I don’t think twice about basic things like a supermarket shop. It’s suprising how quickly we became comfortable with feeling uncomfortable — although this added a base layer of tiredness for a long time because even simple things required more energy than usual.

I have learned that Swede’s love ticketing systems, practical clothing and being outdoors whatever the weather. They are masters of baked goods, very sharing with their time and knowledge, orderly and love a glass of snaps! They aren’t so keen on you petting their dogs on a whim.

Life has been limited for most of our time here. We are following the pandemic recommendations and trying to stay safe — there are lots of things we would like to do but it’s not the right time yet.

There is plenty we have achieved though! Personnummers, driving license conversions, life admin like setting up bank accounts, TBE vaccinations, moving apartments, Brexit permit applications, learnt how to crack open crayfish, made some Swedish and British friends, a short Summer trip to Gotland and lots of local exploration. It has been a busy year.

Life without a personnummer (identity number) is one of the hardest things about being a newcomer. People saying you don’t exist without one is no exaggeration. A personnummer is needed for a full bank account, utility contracts, loyalty cards, museum memberships, Swish payments and BankID, gym memberships, pay-monthly simcards… the list goes on. Some utility and insurance companies will generate temporary numbers but not all.

The application process took several weeks but once successful, we officially became part of society. It opened the door to so many things. Being able to buy a yearly Skansen museum membership was one of the highlights — we were really disappointed to discover that wasn’t possible without a personnummer.

The first rule of moving to Sweden… leave your bedding and mattress behind for the sake of your own sanity. We had a really good matress and decided to move that with a duvet and some sheets. The idea being we’d just buy a new bed frame and pillows here. Oh how stupid we were. NONE OF THE SIZING IS COMPATIBLE!! We were left with a mattress that didn’t fit European bed frames and sheets that didn’t fit Swedish pillows or duvets. 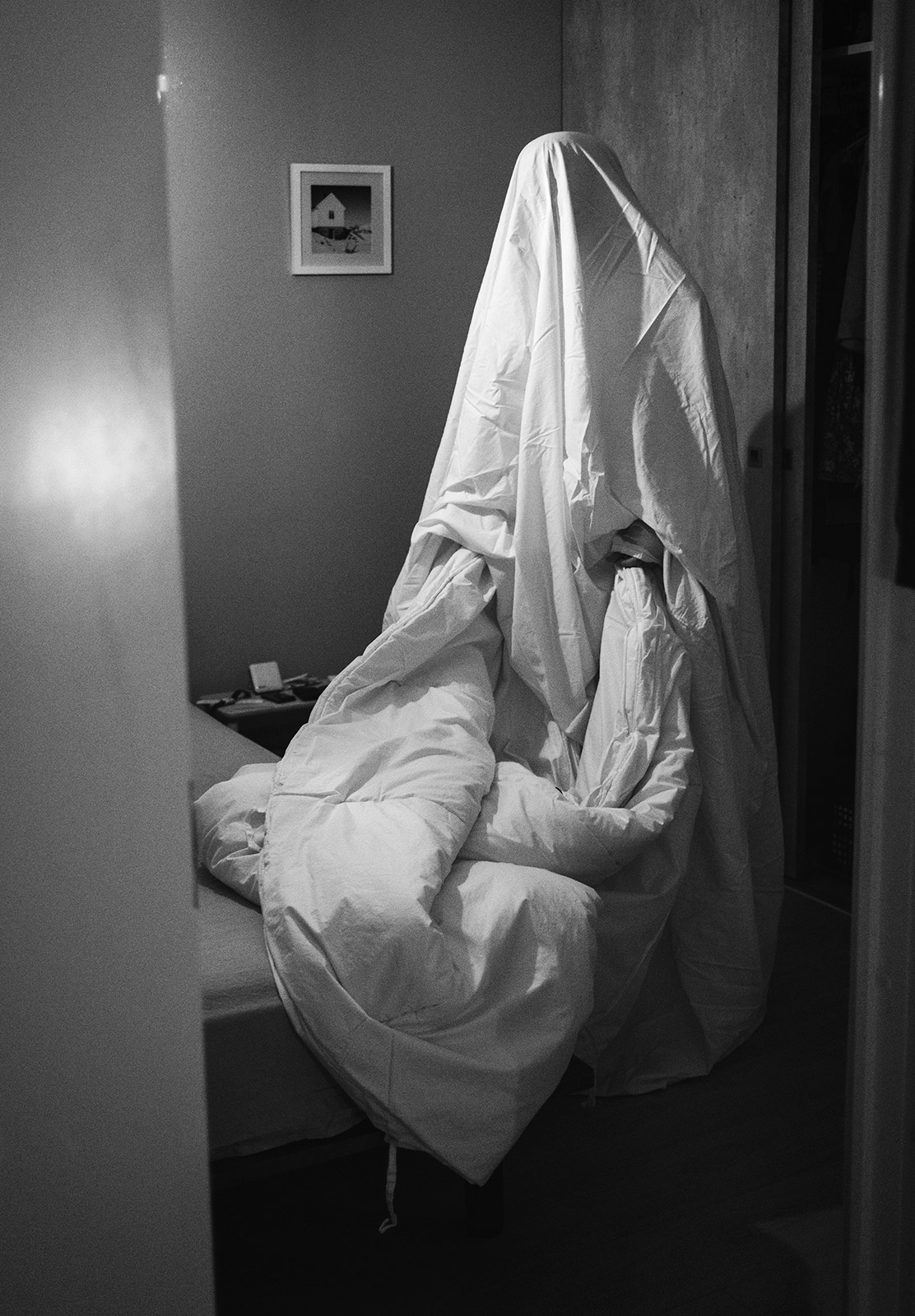 We stood in Åhléns bedding department, staring blankly at rows of sheets, before deciding Google Translate was the only way to decode the packaging and get out alive. We bought sheets that were the wrong size, took them back, bought a duvet cover that was too large and a base sheet that just about fitted if we pulled it tight. Muji saved the day with flat bed frame we could rest our slightly narrow mattress on. We declared the whole thing a success and drew a line under looking at bedding again for as long as absolutely possible.

Buying dairy is hard work when you’re learning Swedish. They have so many dairy products! I’ve come home with cottage cheese instead of cream, creme fraiche instead of yogurt and spent a fair amount of time translating all the various types pourable dairy products (there are lots including goodies like sour milk). In short, buying dairy feels like a game of Russian roulette to begin with.

Nothing outed us as foreigners quite like getting in and out of buildings. Doors open inwards in the UK and outwards here (like many other European countries). 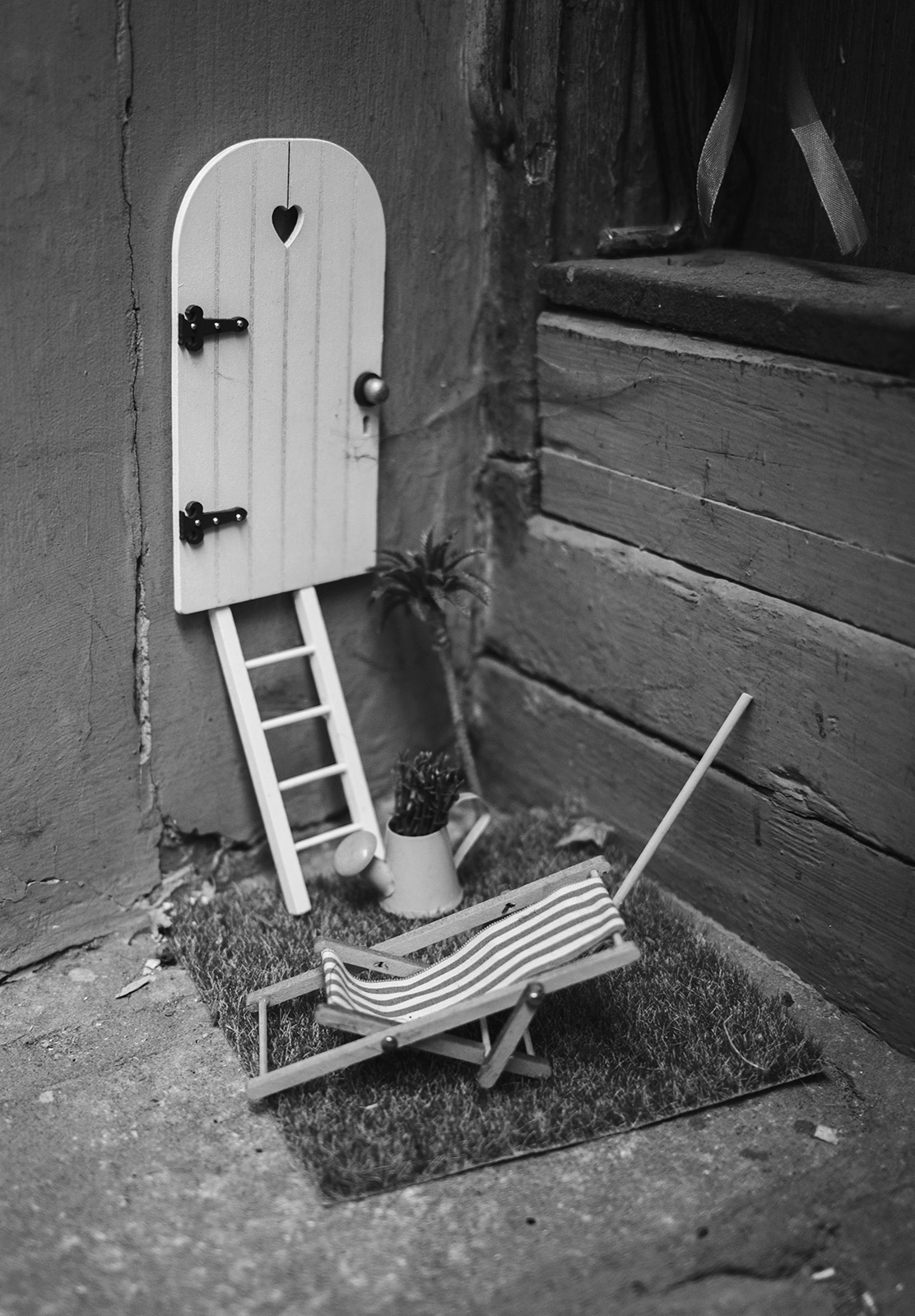 I once thought the front door lock had failed but I just needed to push the door out, rather than pull it in. Plus I started to worry about looking like an idiot trying to get in and out of shops. And just when I thought I’d got the hang of it, I encountered a door that opened inwards. Oj!

Oj is one of the most satisfying Swedish words (pronounced as “oie”). It means “oh” and can be used in various tones to express surpise, annoyance, embrassment and pain etc. I’ve found myself using it more and more. I was at the checkout in Coop and someone dropped a metal shelf on the floor, then three people all looked down and said “oj oj oj” at the same time. It was hilarious to listen to although I don’t think the Swede’s realised just how good it sounded to a foreigner.

An abudance of wild spaces is one of the reasons I love Sweden so much and an excellent public transport system makes them easily accessible, even in cities. Something I will never take for granted. The forest and lakes of Scandinavia are where I’m happiest and I really value Nordic countries placing so much importance on outdoor life (they have a concept called friluftsliv). 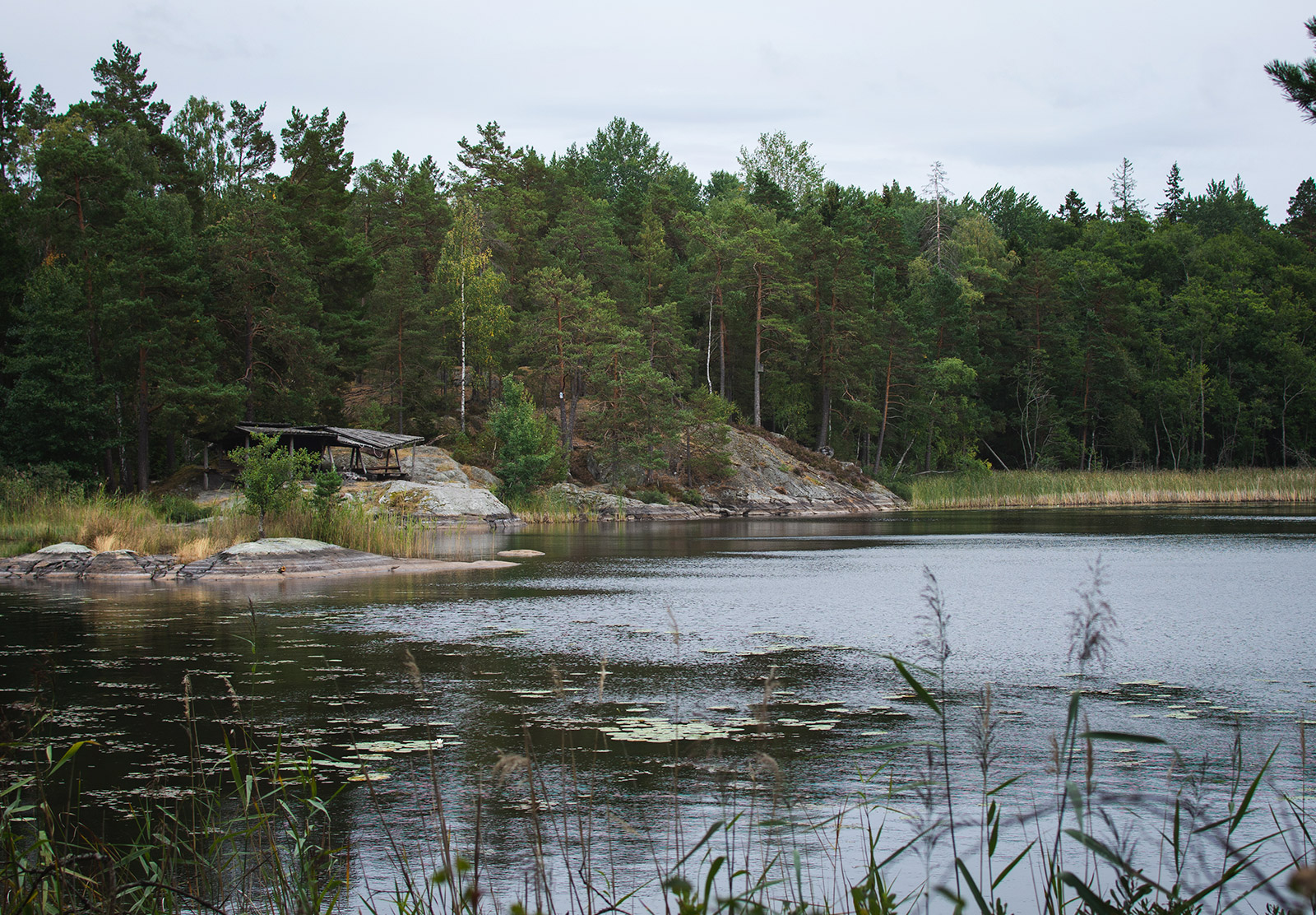 We lived in a rural area of the UK but now we’re here, I realise how little wild space there really was — fields, farmland are parks are nice but they aren’t the same. A car is needed to access most wild spaces and for many people, they are not very close by.

Most people are not be fluent in a language before moving a new country, so it’s nice that people here are encouraging. Swedes also speak excellent English! This has been a huge help because admin heavy tasks like setting up a bank account etc would have been so much harder otherwise. The documentation is printed in Swedish (as you’d expect) but being able to have the initial conversation in English and do the translation part at my own pace has been a great help. 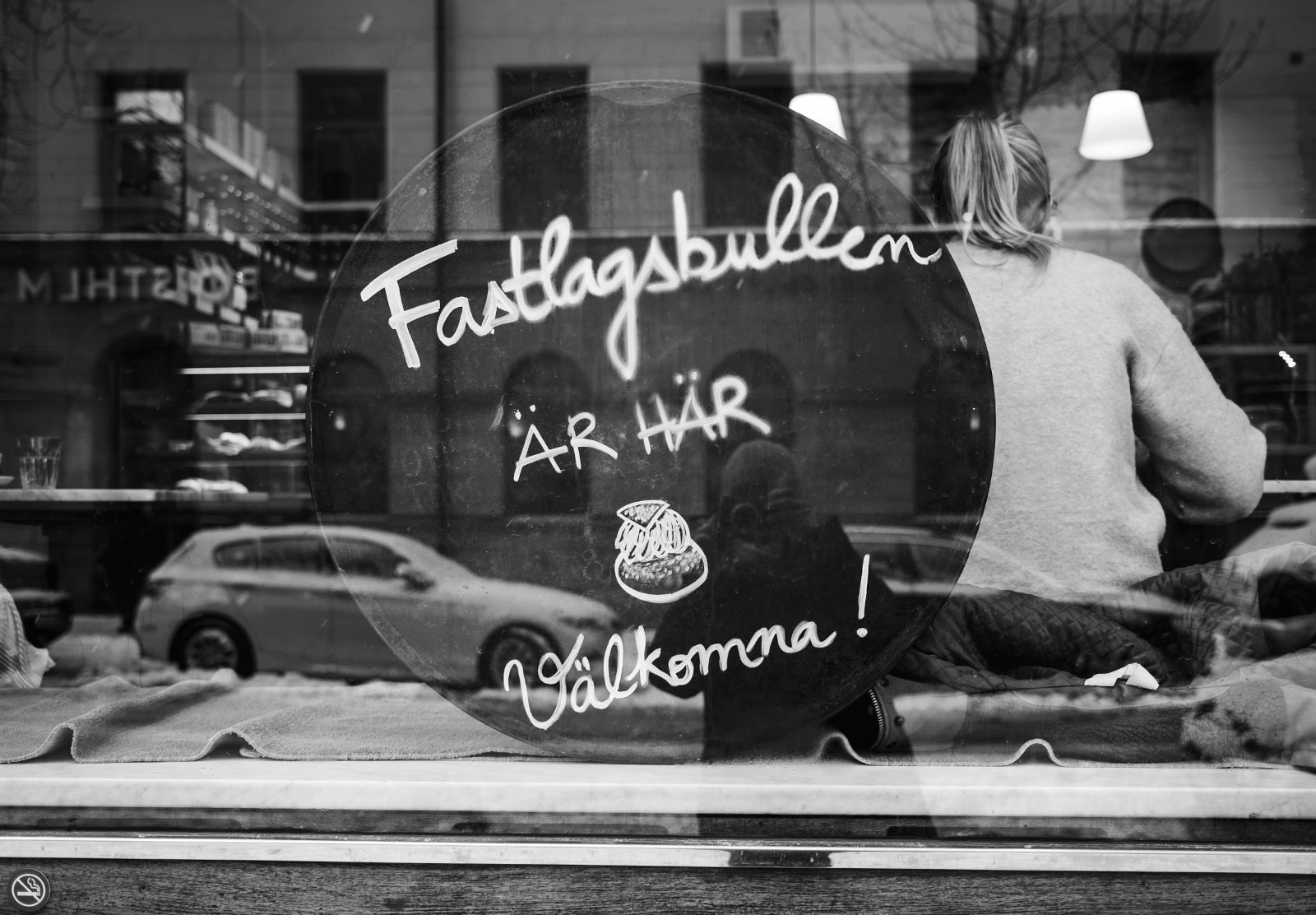 Our Swedish progress has been slow (too much going on, not enough brain energy) but we are getting by on the basics. We are watching Swedish TV or English TV with Swedish subtitles, listening to the radio, trying to be proactive about translating words we don’t understand and speaking “Swenglish” at home — using Swedish where we can and English for everything else. Overall, I can read more than I can speak. Confidence and pronounciation are the two biggest speaking hurdles, and I have vocabulary but few connectors. I think it’s just a case of patience and time.

People say you don’t need Swedish to get by here but we want to learn and feel integrated. And when the Swedes are so happy to accomodate English, how can you not want to do the same in return? There have been times where we’ve been spoken Swedish, been replied to in English and we carry on speaking Swedish… and vice versa. It all works out in the end.

And that’s where we are one year on! I still have days where I look out the window and can’t believe we live here now. I’m glad we decided to be brave and go for it. 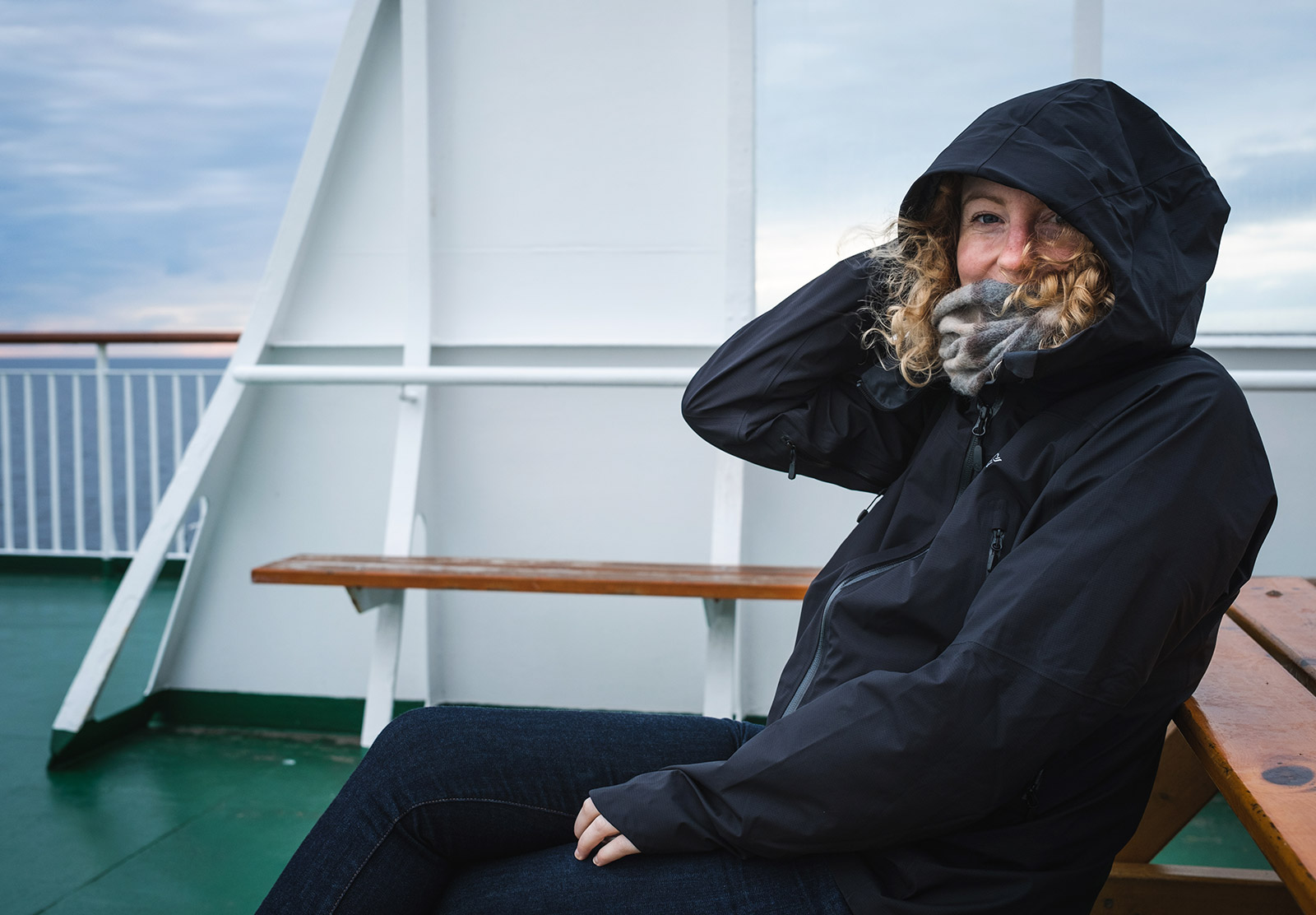 My mind has repressed much of the lead up to arriving in Sweden — we were dealing with the year long tailend of losing my Mum as well as trying to get our ducks in a row for moving here. I am proud of us for pushing through the stress to make the life we want. It has been good for us in so many ways, even if we’ve had to put most plans on the backburner. I’m excited to see what year two brings.

4 comments on “One year in Sweden”