I stood outside the Russian Embassy in Stockholm this week, to show support for Ukraine. It’s hard to put feelings in to words at a time like this and I feel very powerless, but I can join people around the world in occupying a small amount of space to send a larger message. Most of these photos are from the Russian Embassy but there are also a couple from a demonstration we stopped by elsewhere in Stockholm. 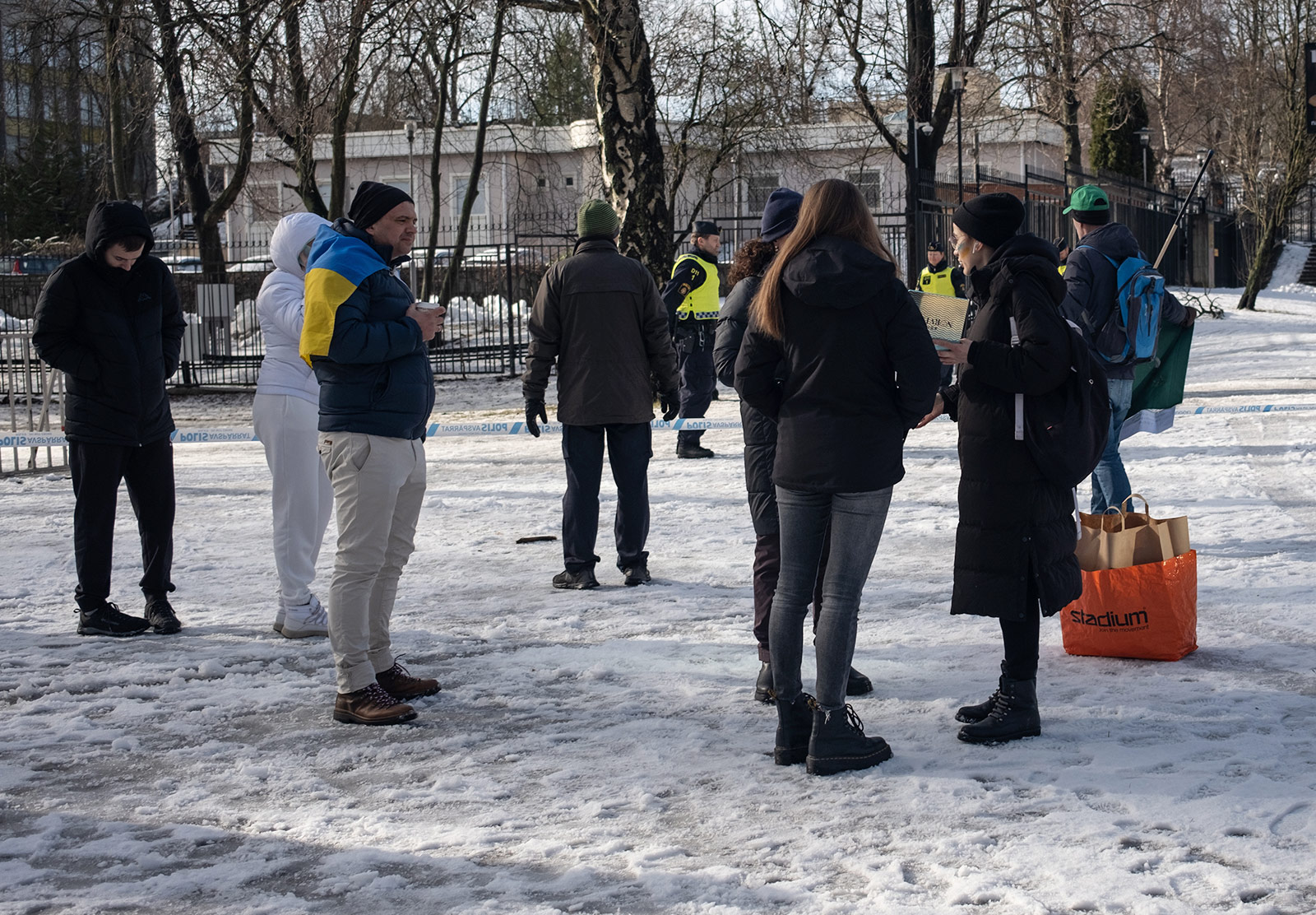 I arrived (a little early) to a handful of people stood behind police tape at the embassy; it didn’t take long for more to trickle in though! They came with flags, placards and painted faces. People bought their babies, children, pets, friends and family. Others came by themselves and stood in the company of the crowd. 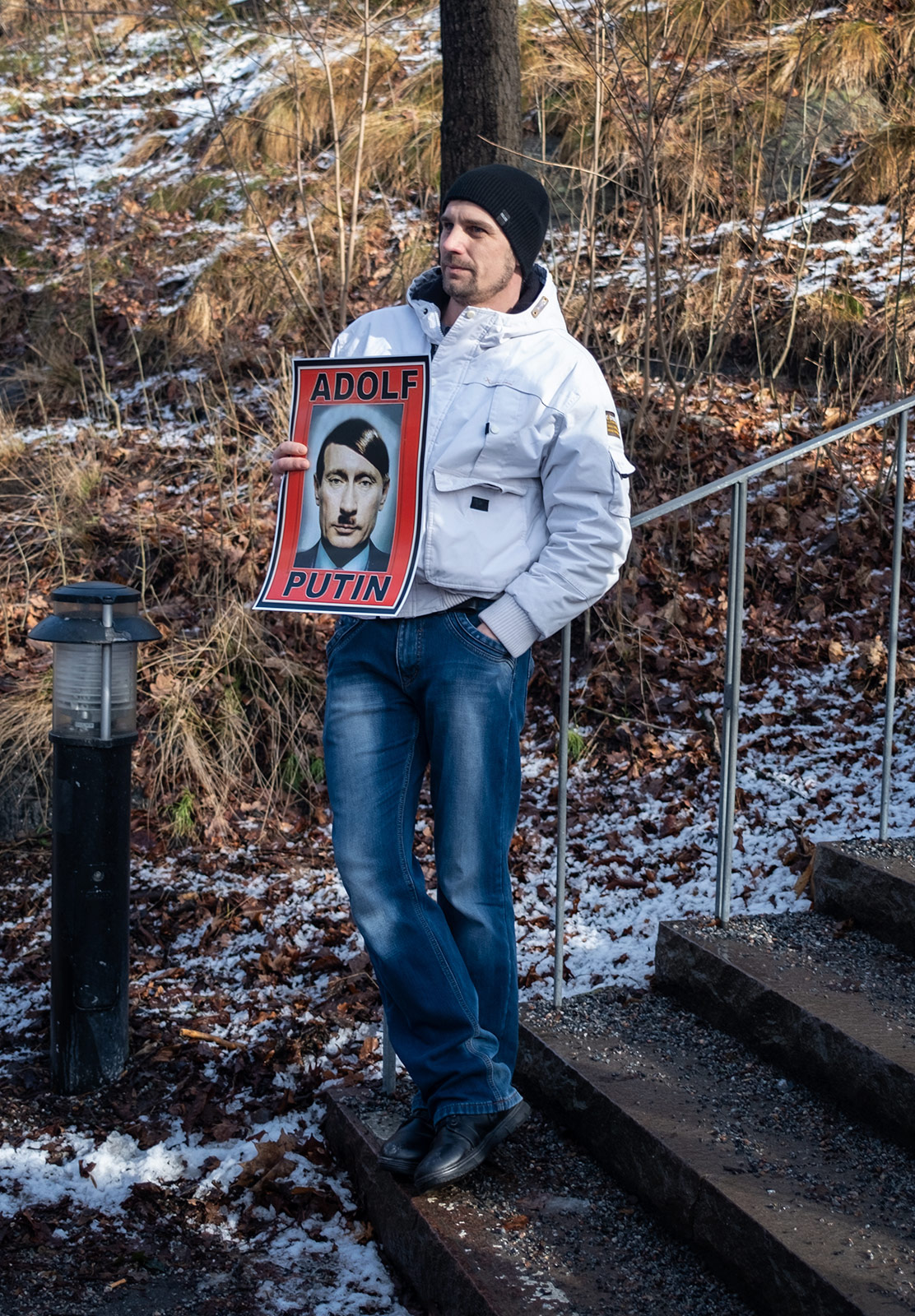 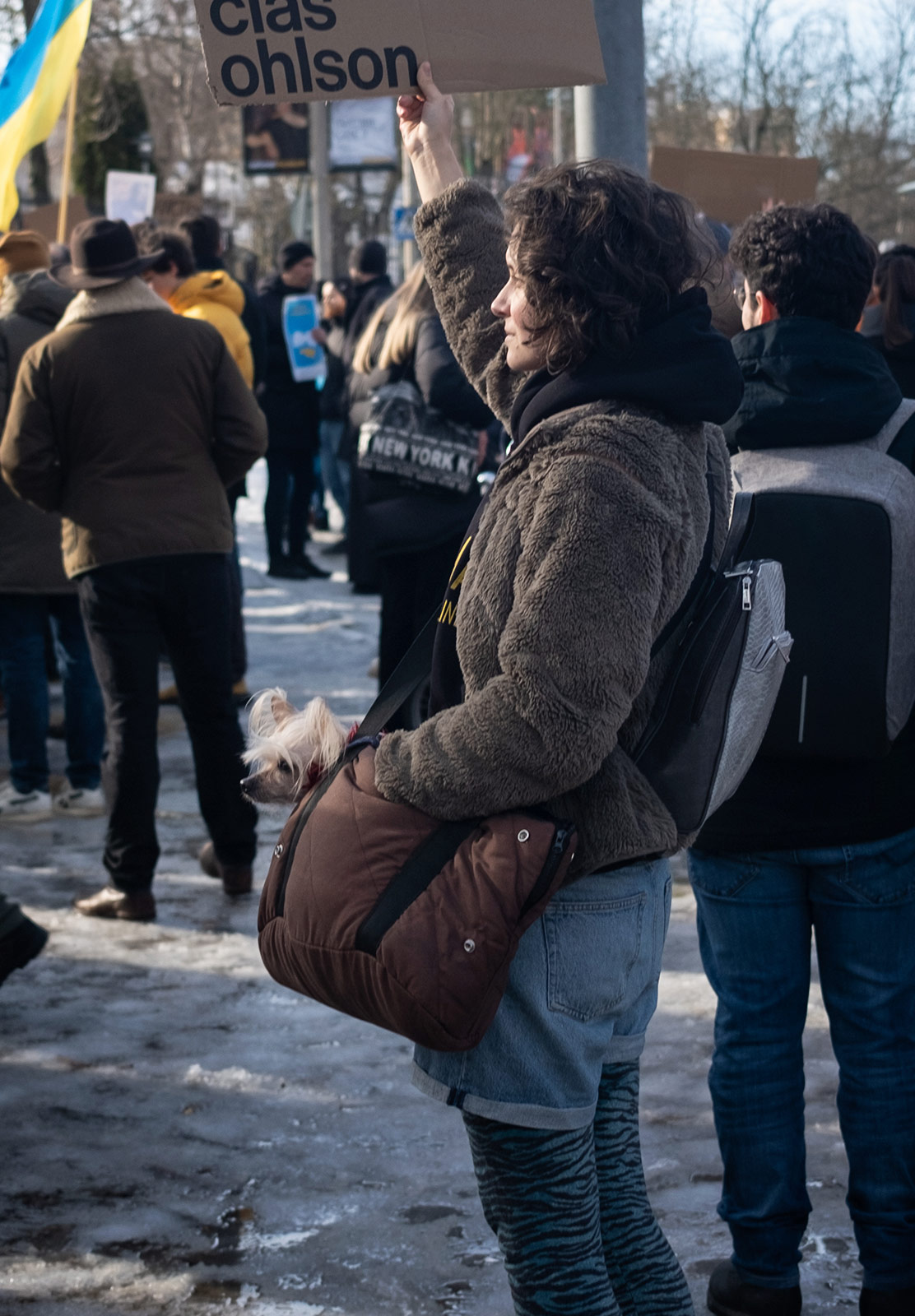 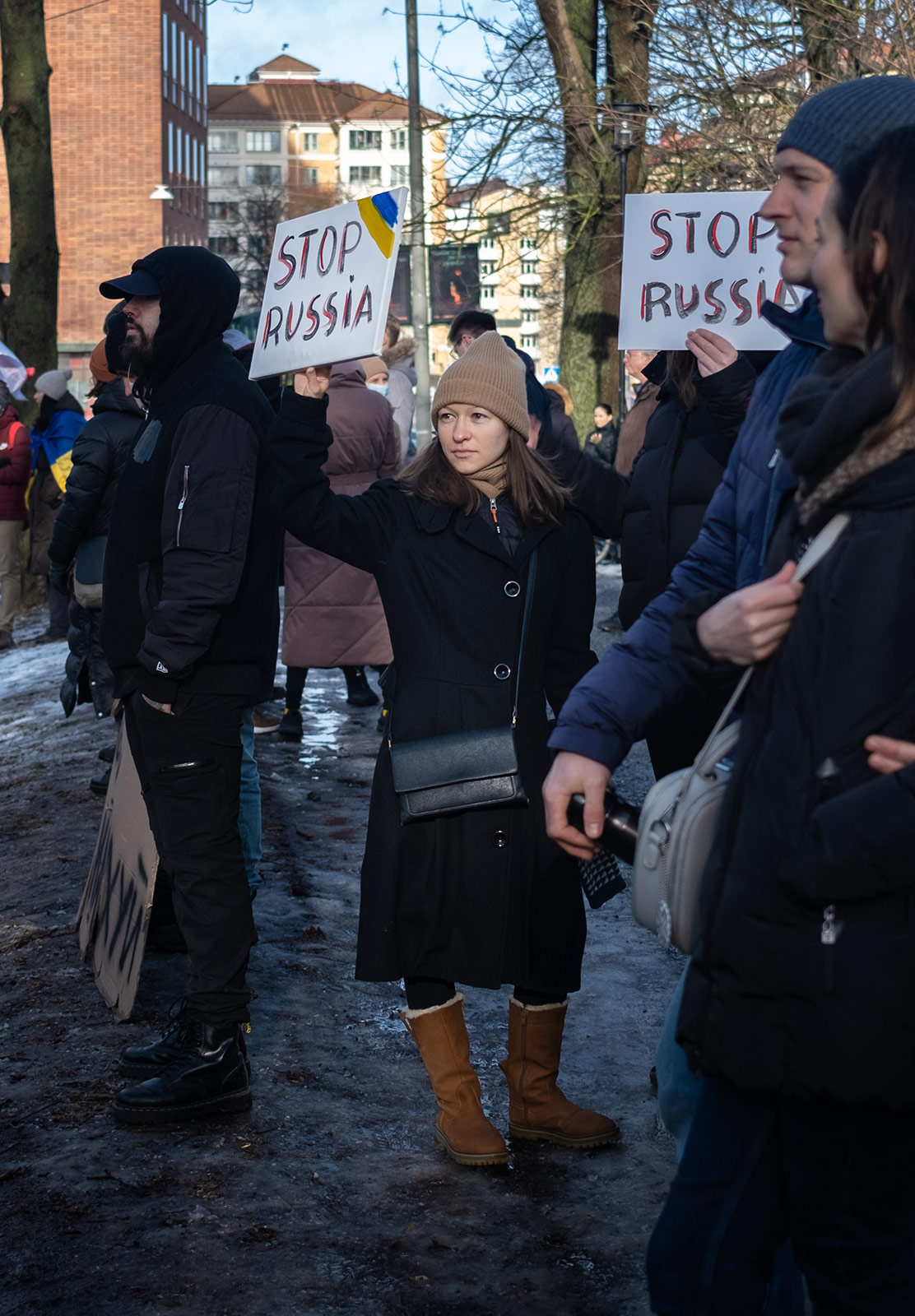 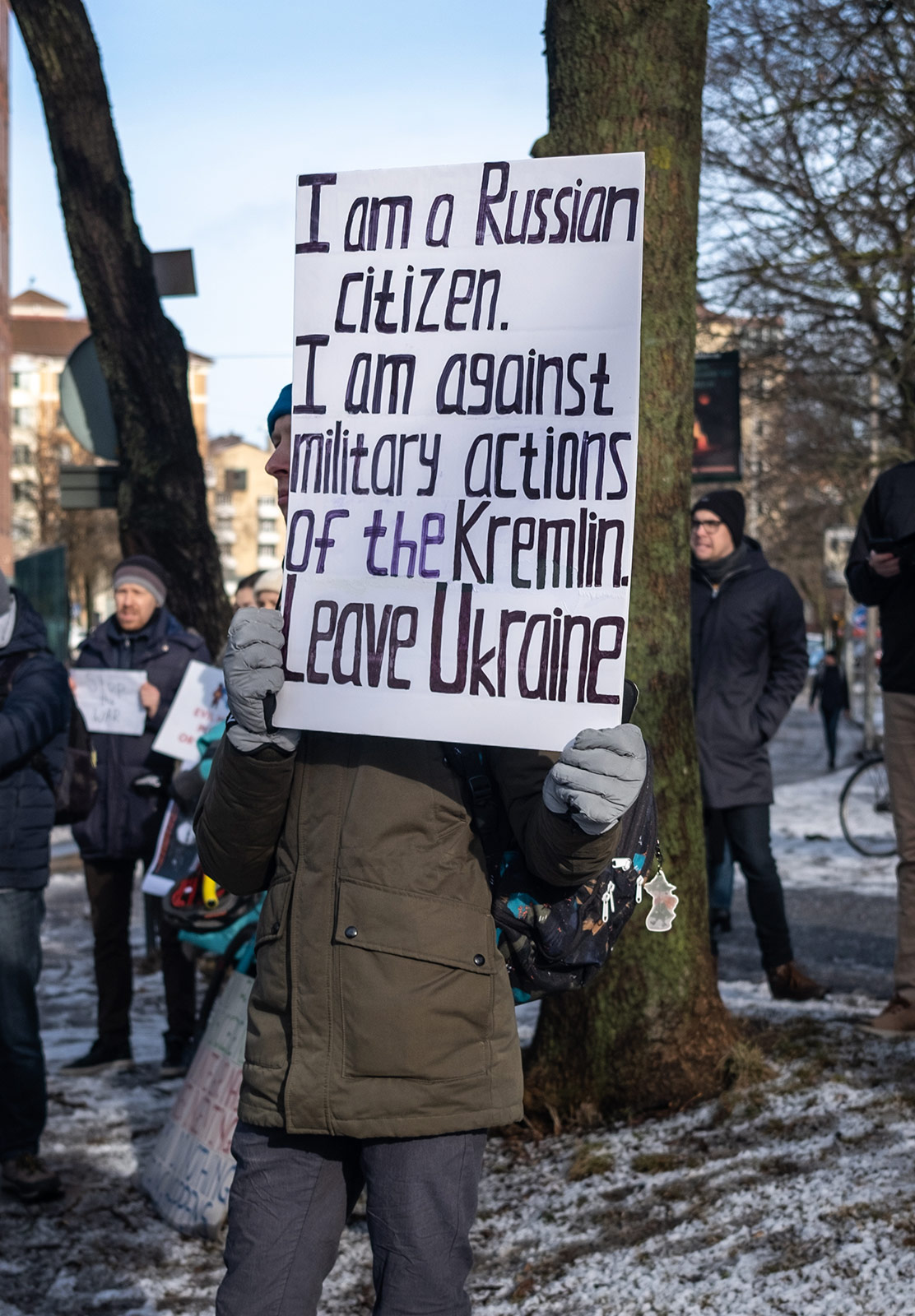 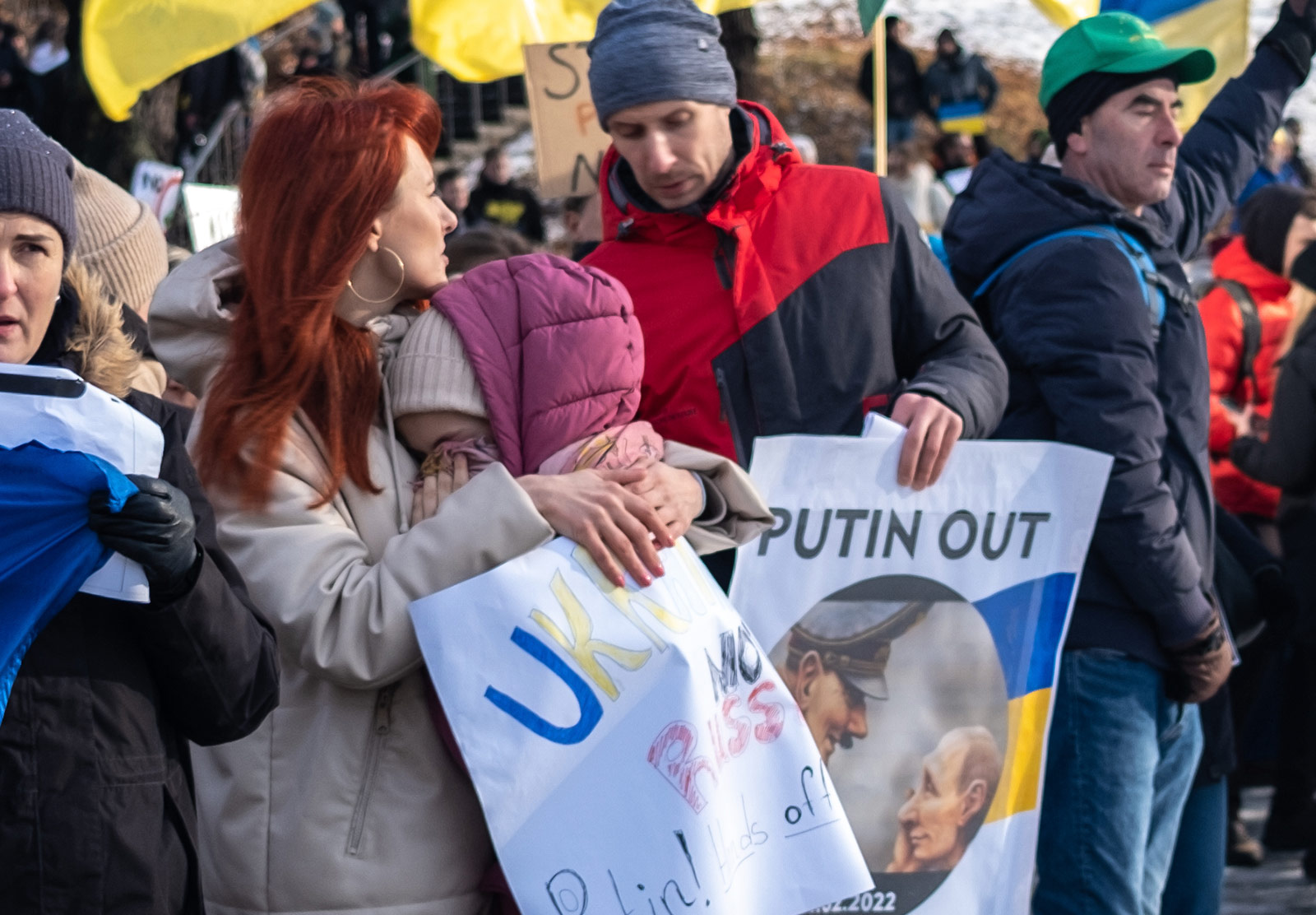 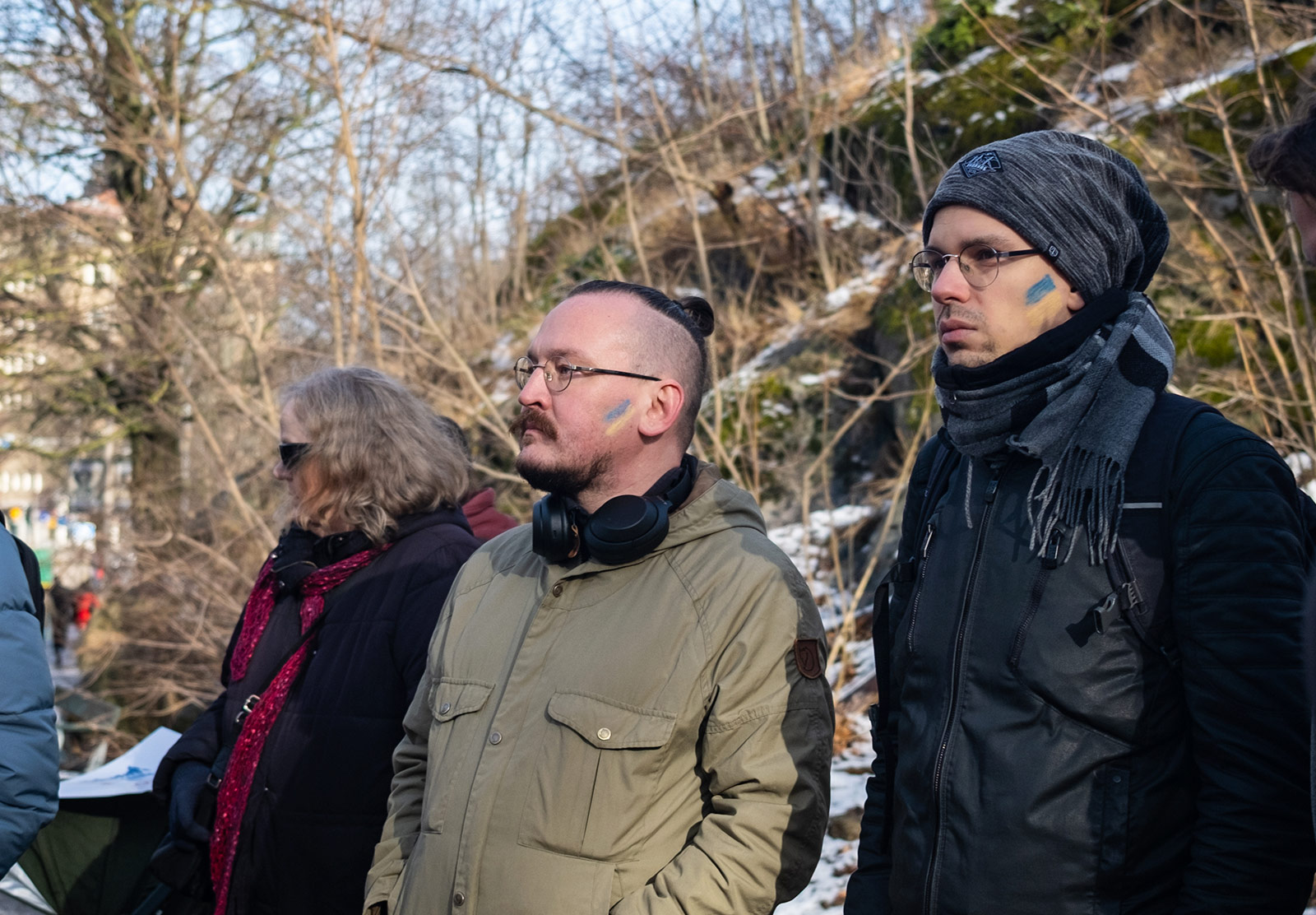 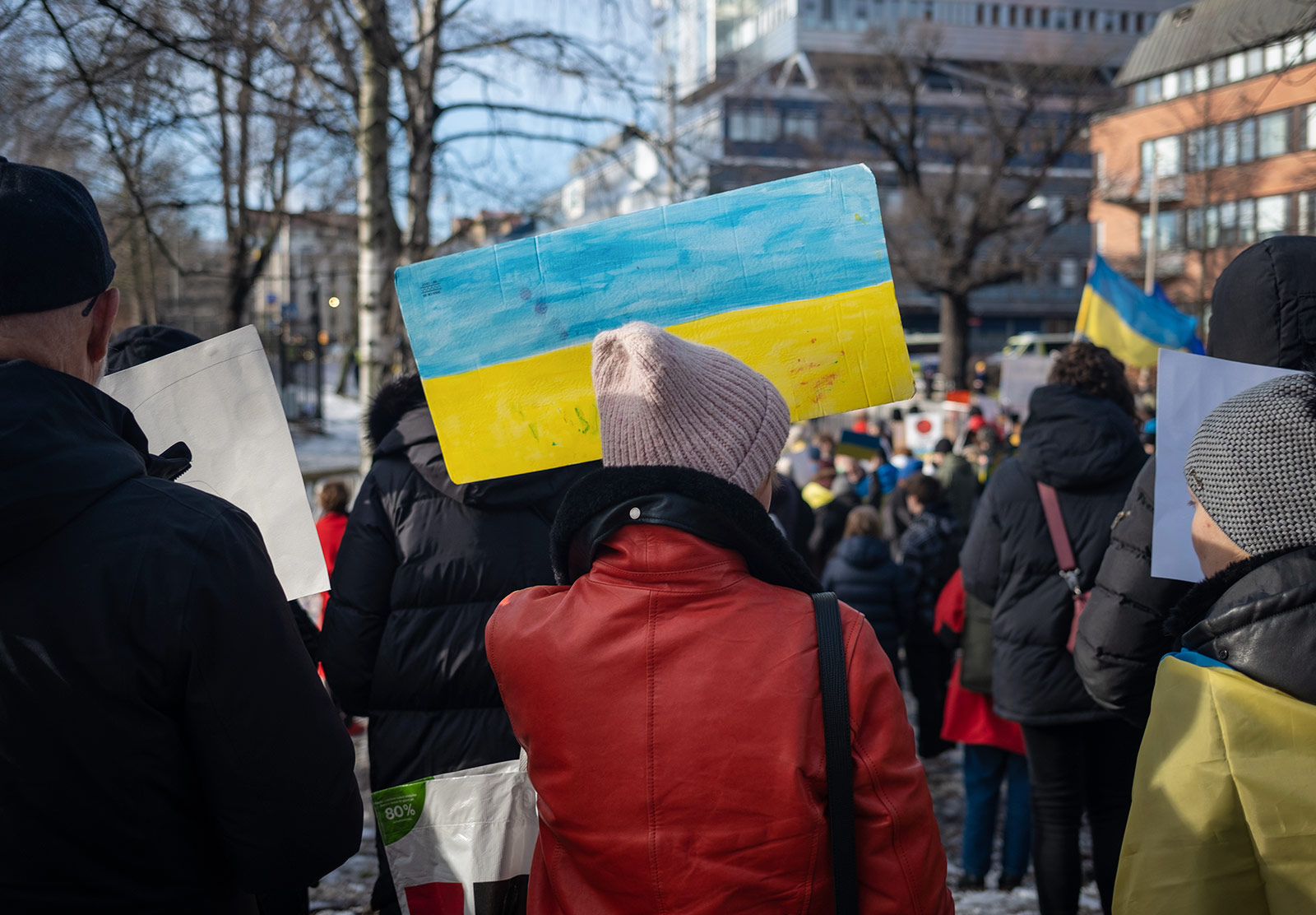 I got talking to a lovely man who offered me a piece of Swedish ribbon (that’s his jacket above). He told me he cut several pieces and bought them to the protest, to give to other people, as the stripes were also the Ukranian colours. I tied it to my coat zip. 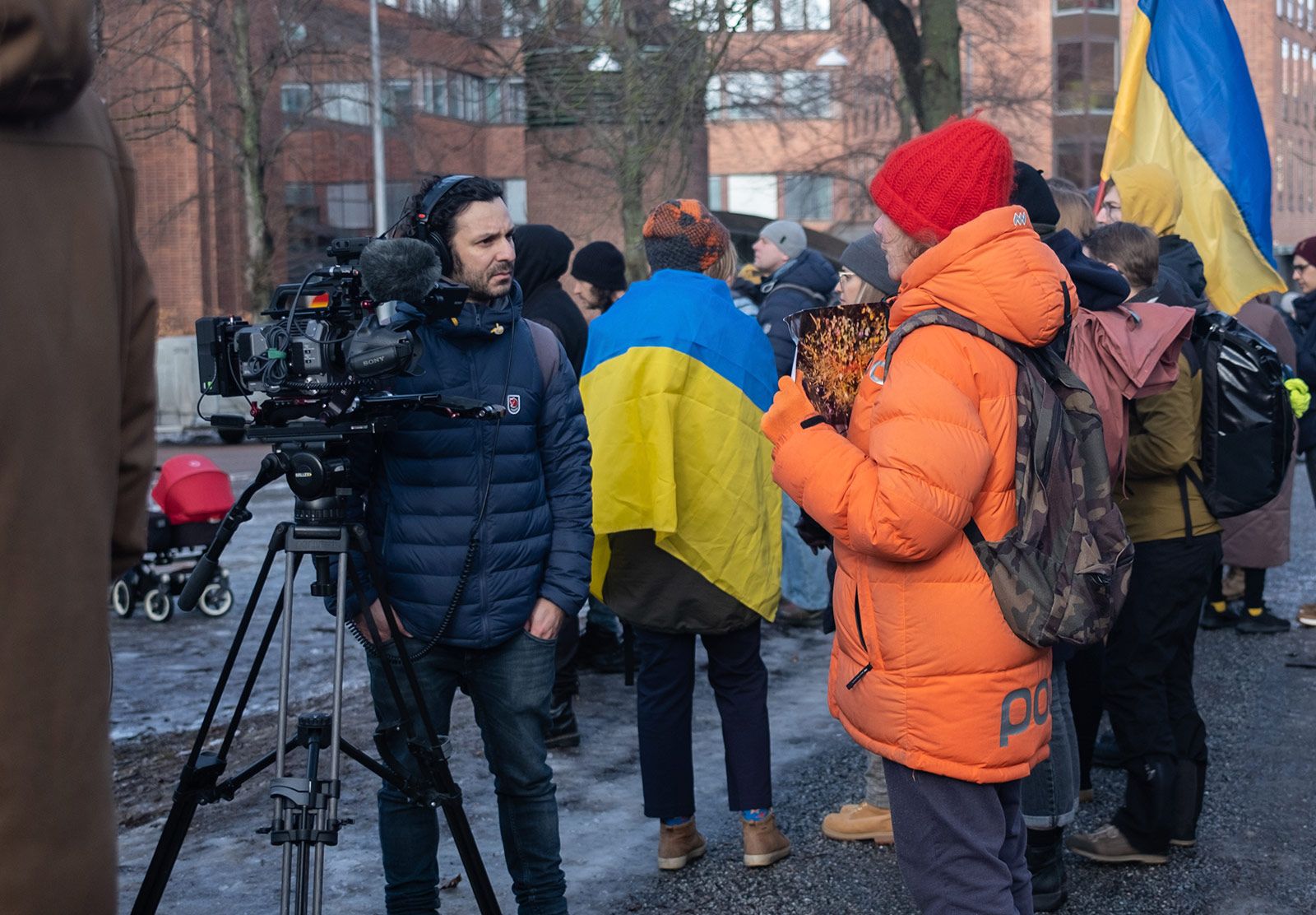 Remember the earlier photo with just a handful of us? Well, it was quite amazing to move higher up and see how many people had joined. Passing cars honked and waved at the crowd. A group at the front had a megaphone, people sang and music was played (maybe the Ukranian national anthem). 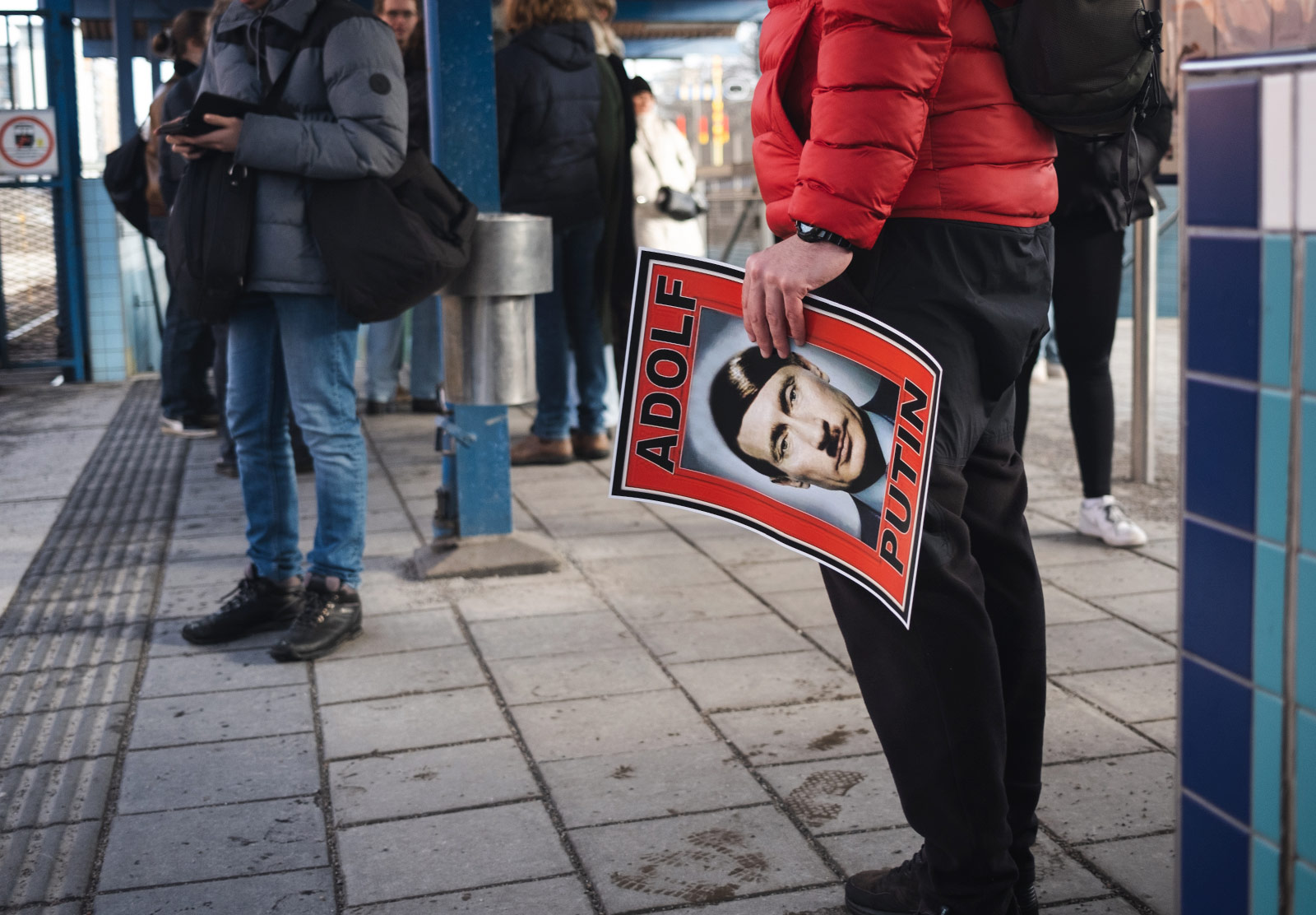 You can find more information about locations of peace marches and demonstrations for Ukraine on standwithukraine.live.

0 comments on “Stockholm Standing with Ukraine”