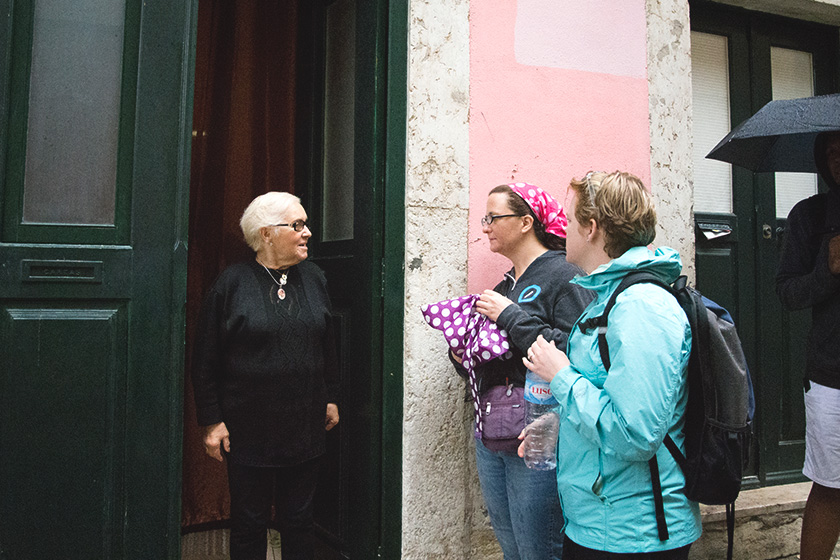 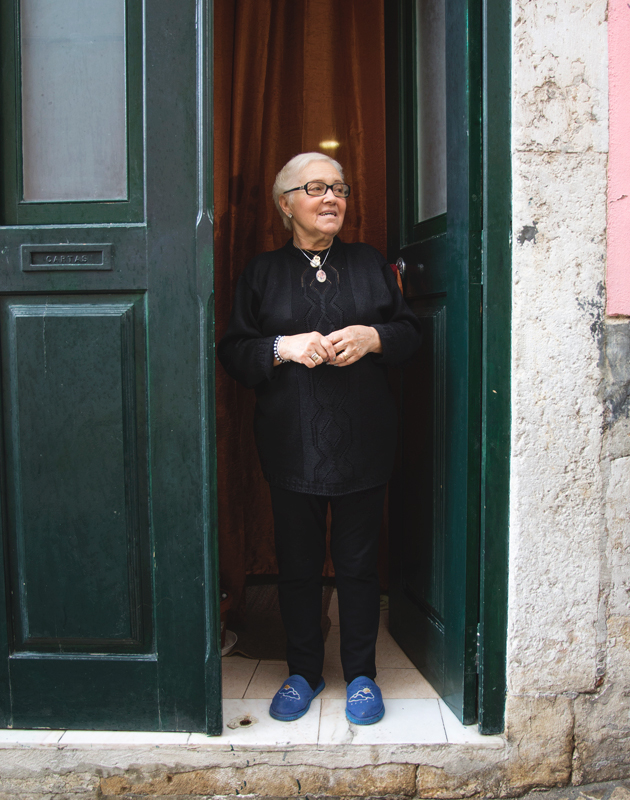 Meet the kindest lady in Lisbon. I was visiting for work last week and on the way back from Castelo de Sao Jorge, the sky darkened and the rain poured. We all scurried across the cobbled street to find cover; I managed to pin myself pretty flat in the overhang from a doorway.

A big wooden door opened across the street and little old lady poked her head out from behind some orange curtains, gesturing for us to come over. We thought she was suggesting we stand in her doorway but she quickly herded us into the house. The three of us filled her tiny living room containing ornaments, pictures frames, wooden furniture and a small TV. There were no windows though. Her cat wasn’t sure what to make of us and slinked off to its food bowl.

She rustled around in a bag at the back of the room and gave each of us a small towel to dry our faces and hair. She whipped around our legs with another towel at the same time. I was worried about dripping water all over her floor but she was more concerned with making sure were dry.

We stood looking out of the door at the rain and the rest of the team who were still hugging narrow doorways. She chattered away in Portuguese and although I didn’t know what she was saying, I could see she was happy to have us in her home. She offered us a large umbrella but I smiled and gestured I had a hood. When the rain stopped we thanked her and exchanged hugs.

Her house was so small (about 9ft wide) that I can’t imagine there would be much space for two people but I hope she has a companion. If I spoke Portuguese I would have asked how long she has lived there, who the people in the photos were and the name of her cat.

So there you have it… the story of the kindest lady in Lisbon. Unfortunately I don’t know her name but welcoming four strangers into her house was very kind and she even agreed to pose for a photo.

Later that day the rained starting pouring again so we darted into a shop doorway. This time someone took the opportunity to try and sell us weed and then cocaine. Two opposite sides of humanity in one day.

10 comments on “The kindest lady in Lisbon”