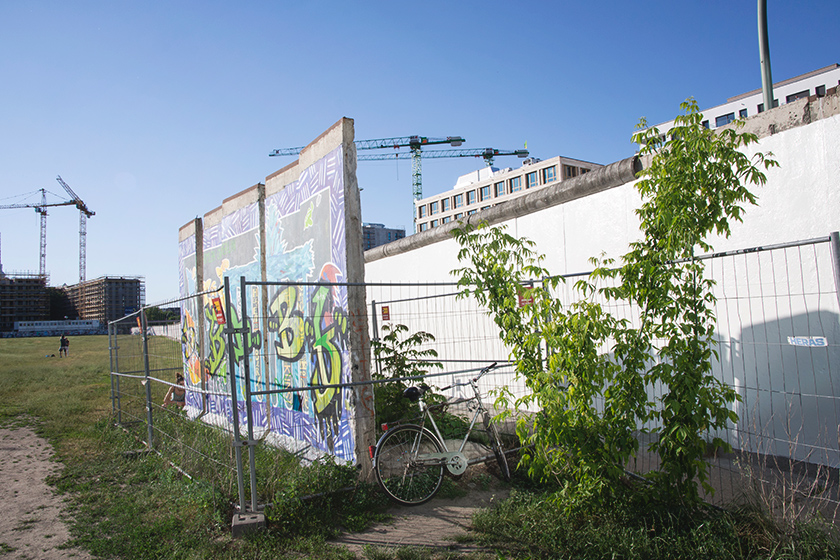 With only a day and a half to explore Berlin, there was one thing was at the top of our list. The Berlin Wall. Or ‘Berliner Mauer’ if you speak German.

In 1961 East Germany built a concrete wall to prevent the mass movement of East Germans to West Germany. A second wall was built inside the first, creating a corridor called the death strip. This strip of land was covered in sand to show footprints and lined with barbed wire, watchtowers, dogs, traps and armed guards. New walls were later constructed to replace the original walls — they were taller and topped with a round pipe to make it harder to climb over.

It was a crazily hot day but thankfully we stumbled across a small gelato shop. We cooled off sat on a bench, hiding in the smallest patch of shade and watching the world go by. 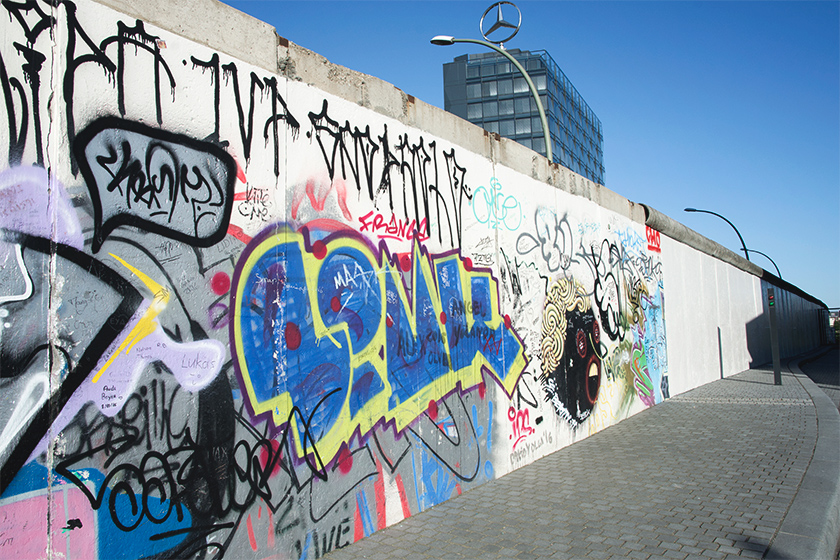 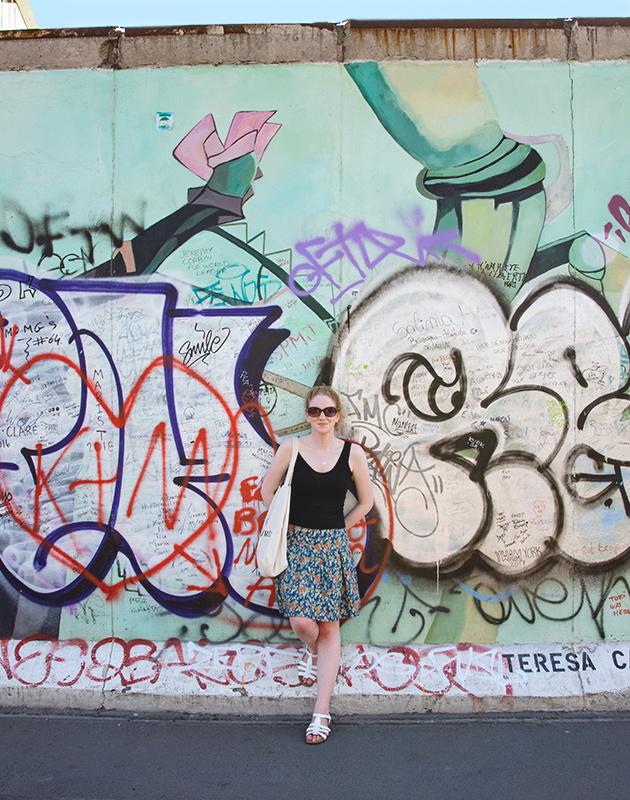 The photo above gives you an idea of how tall the wall was. Let’s say I’d stood on Scott’s shoulders and managed to climb over — I would have been stuck on the other side and either shot by an armed soldier or a trip-wire machine gun. It’s a grim thought. 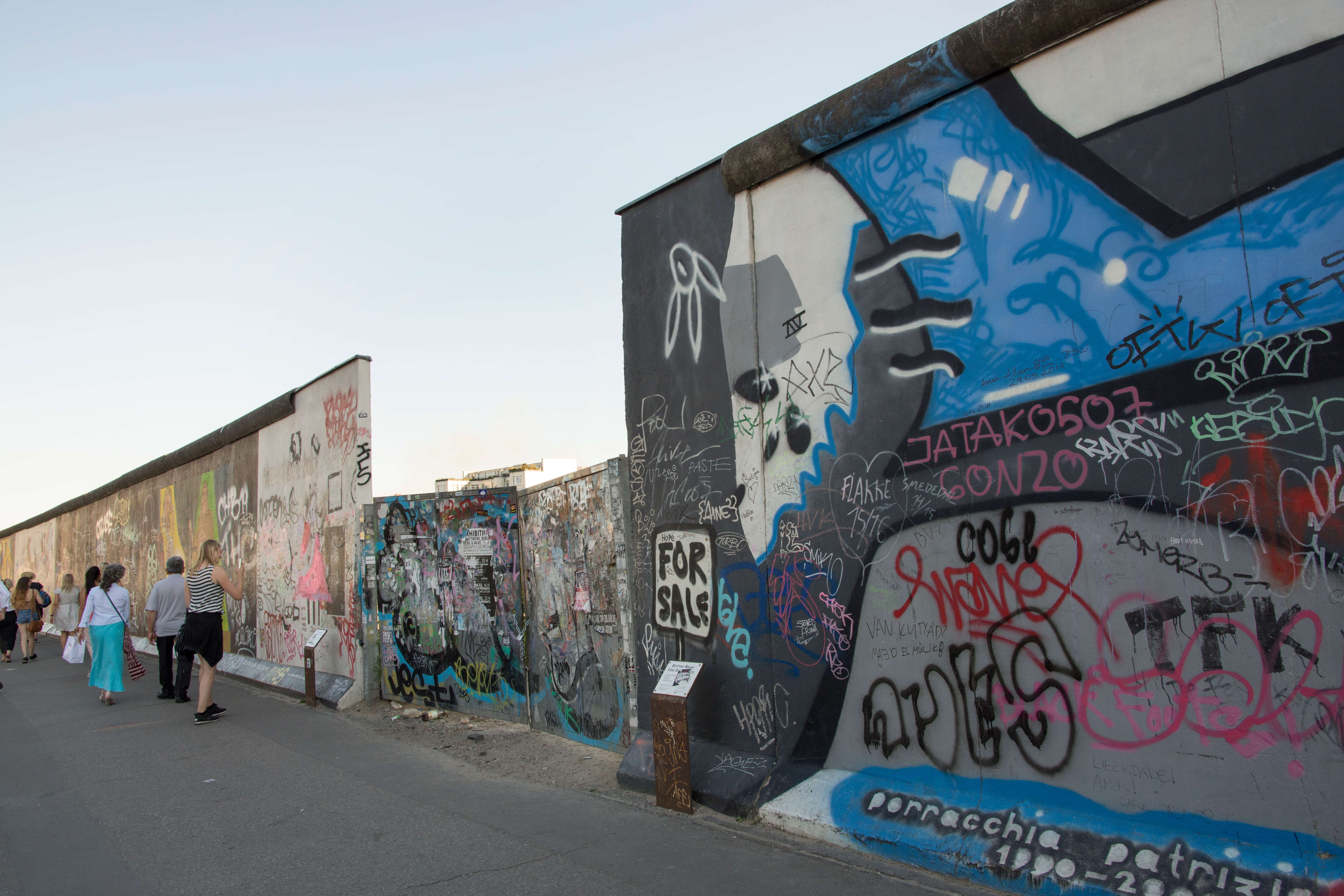 We walked from Alexanderplatz to Mühlenstraße and I was surprised that most of the wall was behind metal fences. I think it was to protect the murals. Further up the road (towards Stralauer Allee) there were more fence free areas. 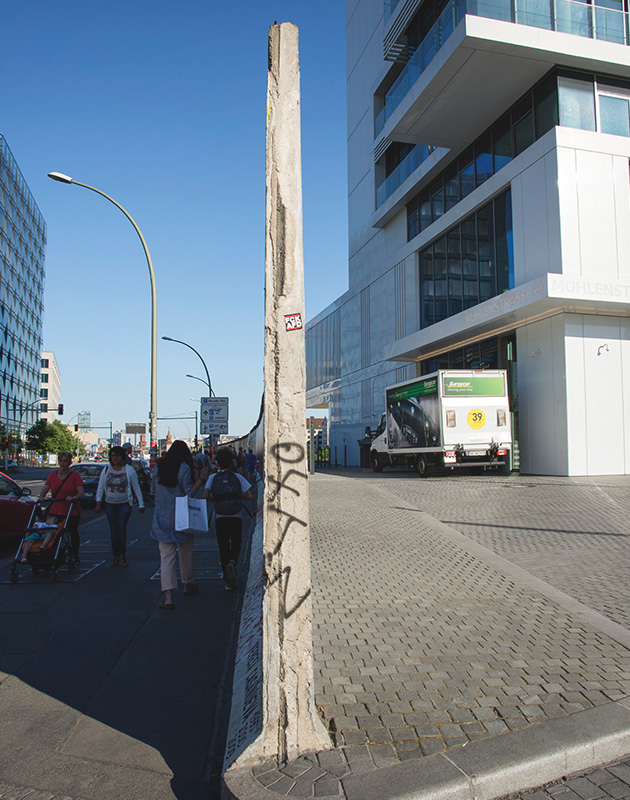 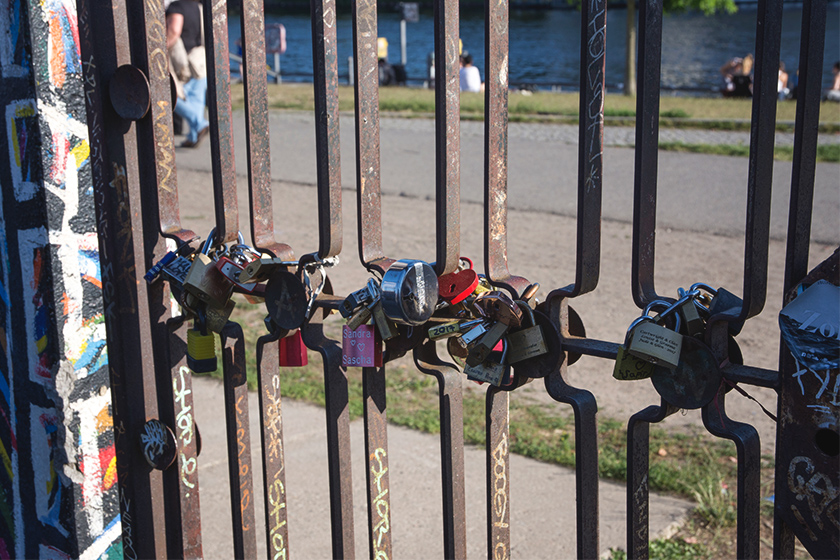 Walking through Potsdamer Platz, we saw more sections of the wall. The lines you can see in the photos below are the original boundary lines. 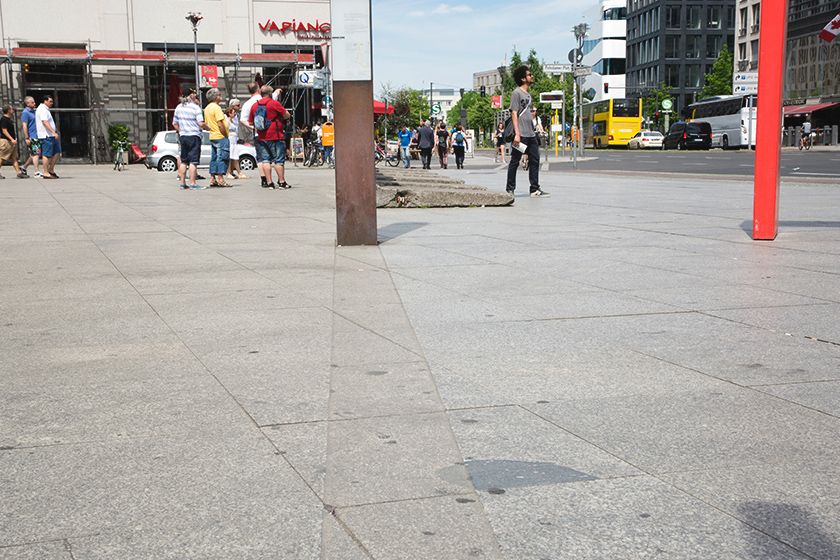 These cobblestones are part of the Berlin Wall Trail and mark the exact location of the wall. You can follow it for miles and there are information points along the way. 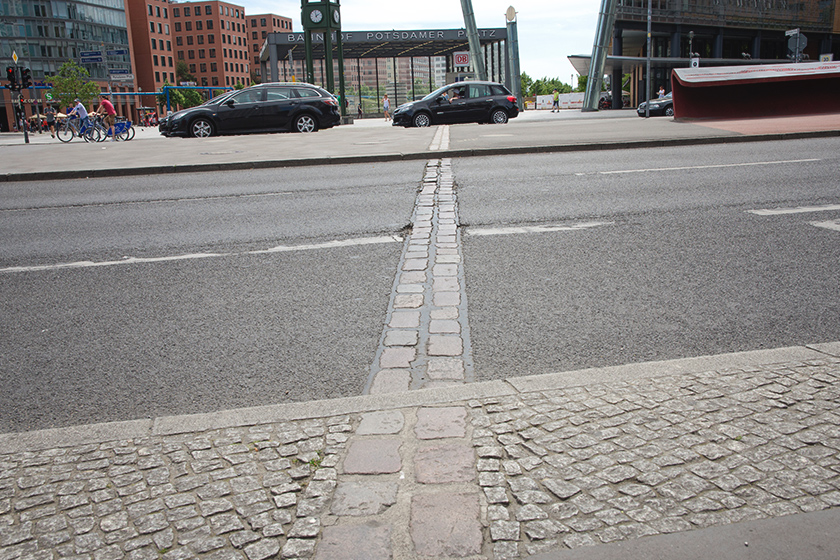 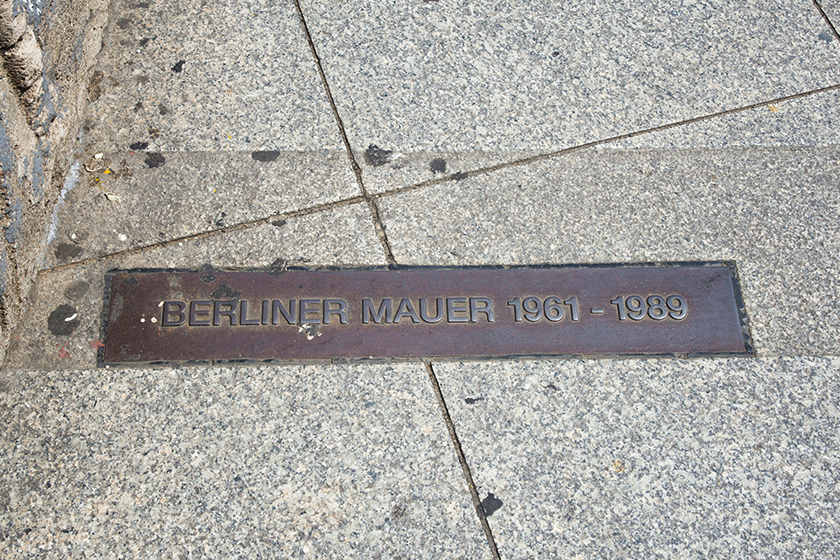 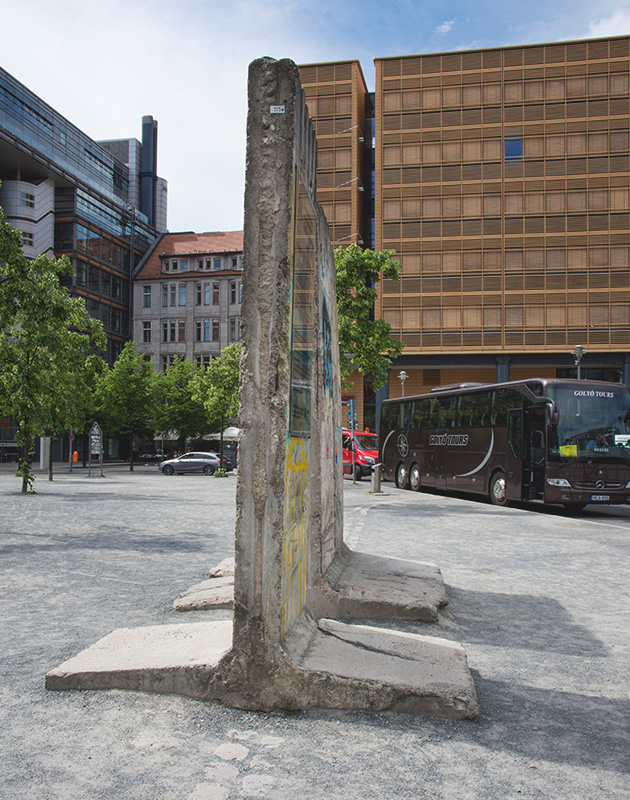 Gaps like these are the result of people chipping away fragments of the wall with sledgehammers, hammers and chisels. They were nicknamed ‘wall woodpeckers’ (Mauerspechten). If you want to know where the fragments ended up, have a read of this post called Berlin A Wall’s Piece. 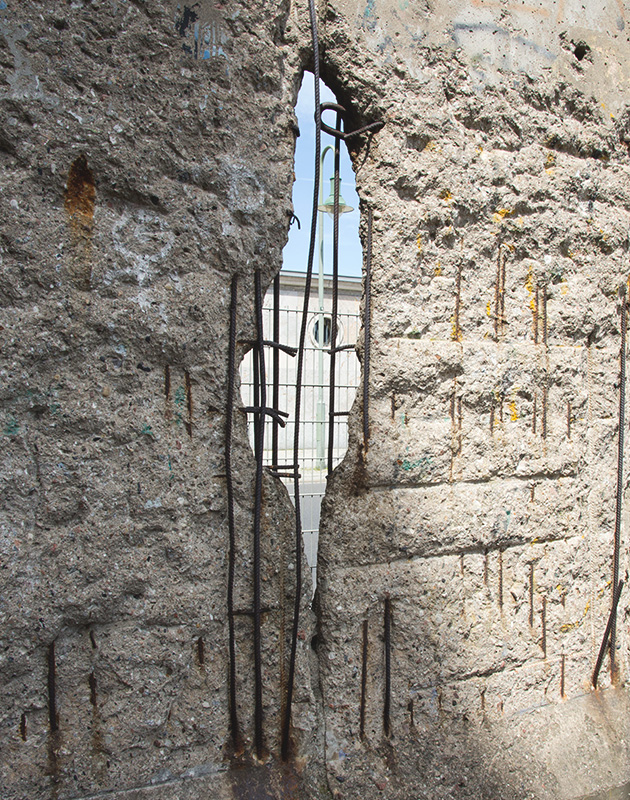 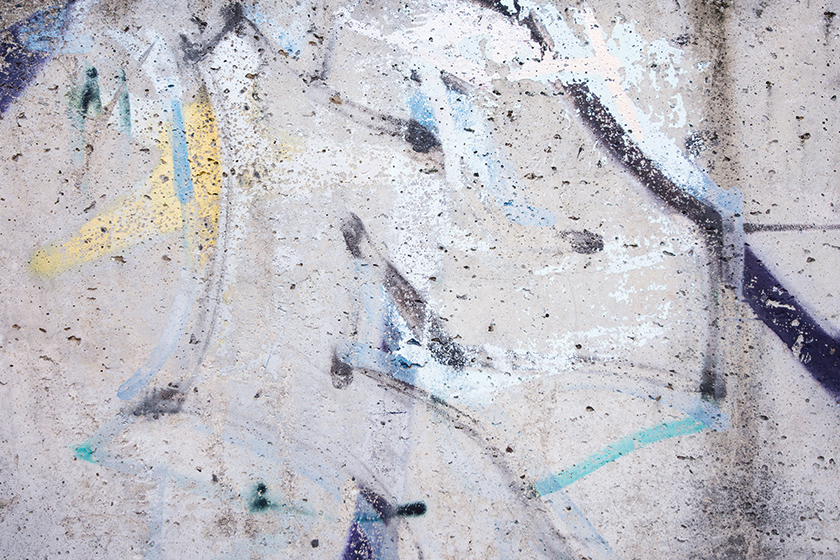 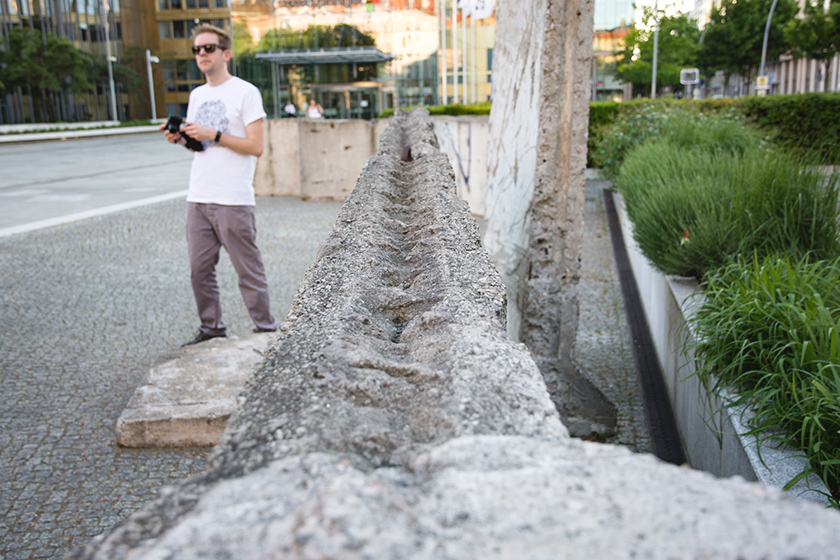 If you decide to walk the trail, wear comfy shoes because it stretches for miles and miles — we clocked up 10 miles on the first day alone. It was a great way to see the city though. Finally ticked the Berlin Wall off my bucket list, happy days!

0 comments on “Visiting the Berlin Wall”