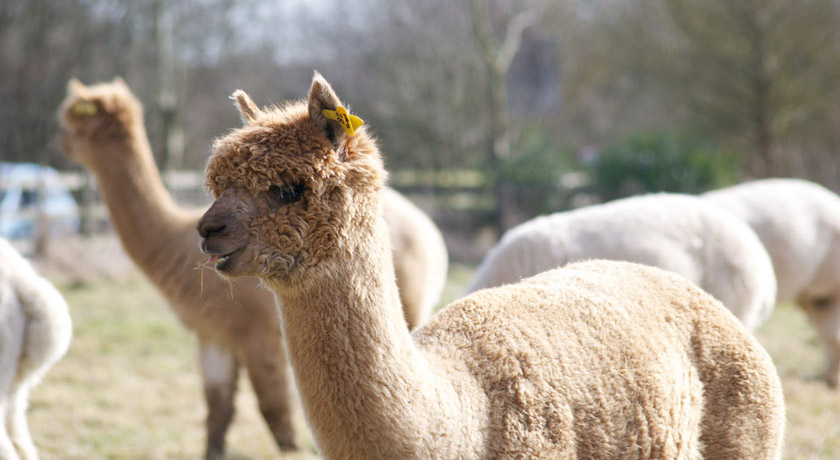 A few weeks ago a note appeared in our local post office from someone asking to borrow a field for alpacas. Their home was waterlogged and they needed somewhere else to stay for a while. Not long after that they were camping out down the road. I’d never come face to face with an alpaca before so I grabbed my camera and headed down to the field. 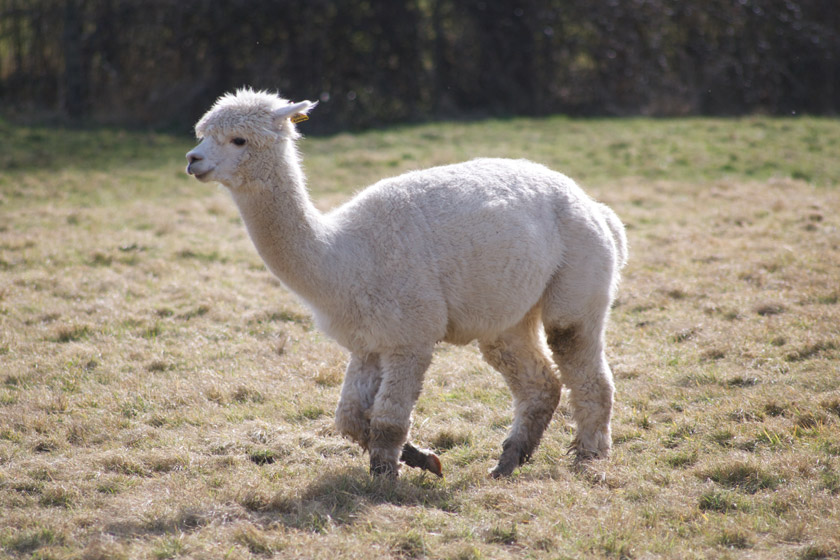 A group of them lay sunbathing at one end of the field. Occasionally popping their heads up to look at passing cars and gracefully flopping back down on the grass again. 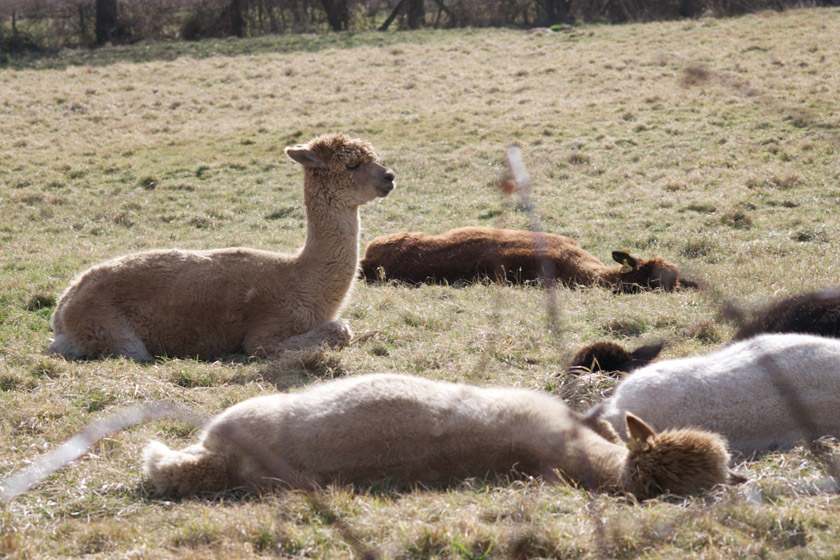 This one was lapping up every last drop of sun, completely oblivious to everything else. I love the totally contented look on its face. 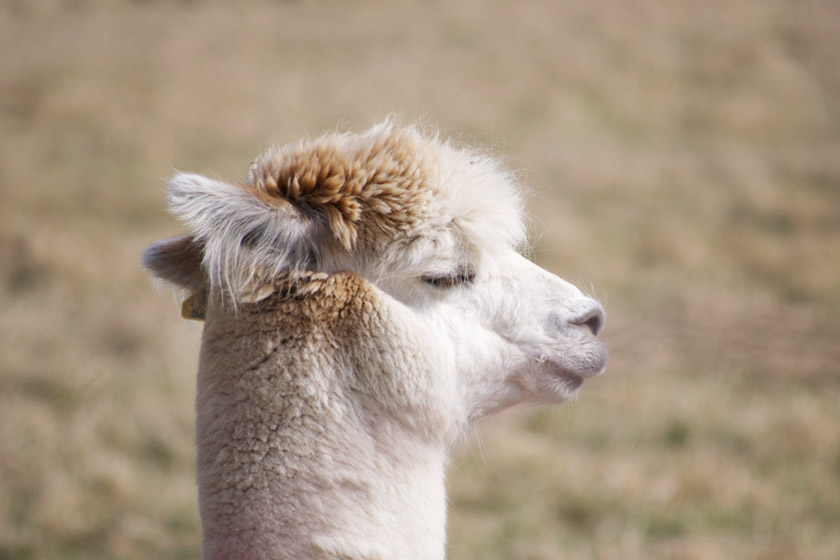 Not all of the alpacas were dozing. The white one kept gently nosing the brown one but it didn’t budge. 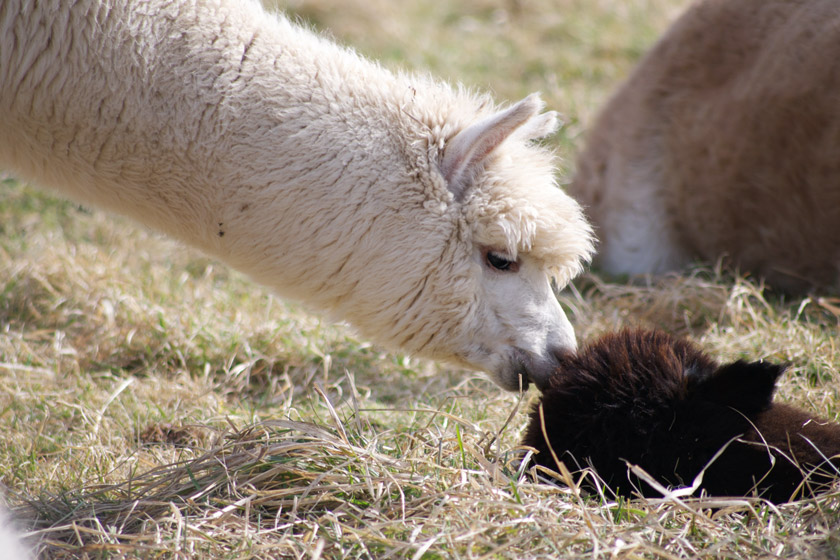 I left them in peace and walked a further down the field to another group. I spotted a few celebrity lookalikes. The alpaca below looks like Derek Zoolander doing a blue steel. 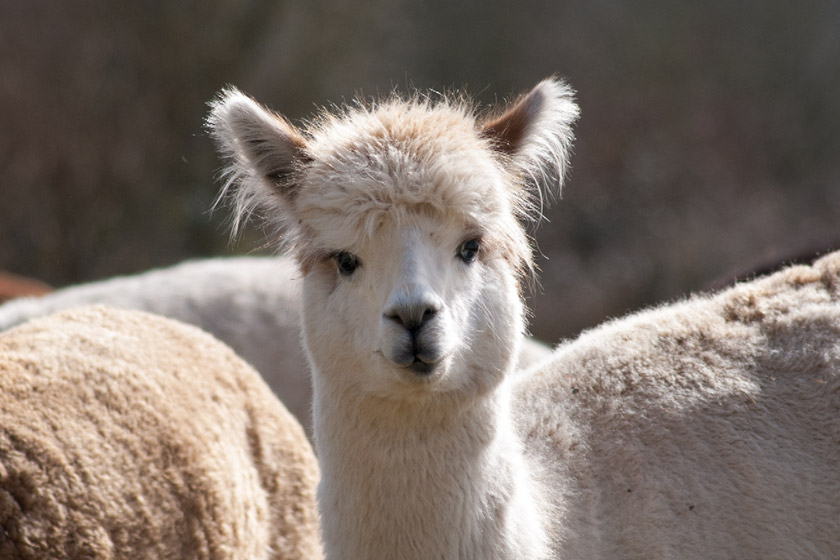 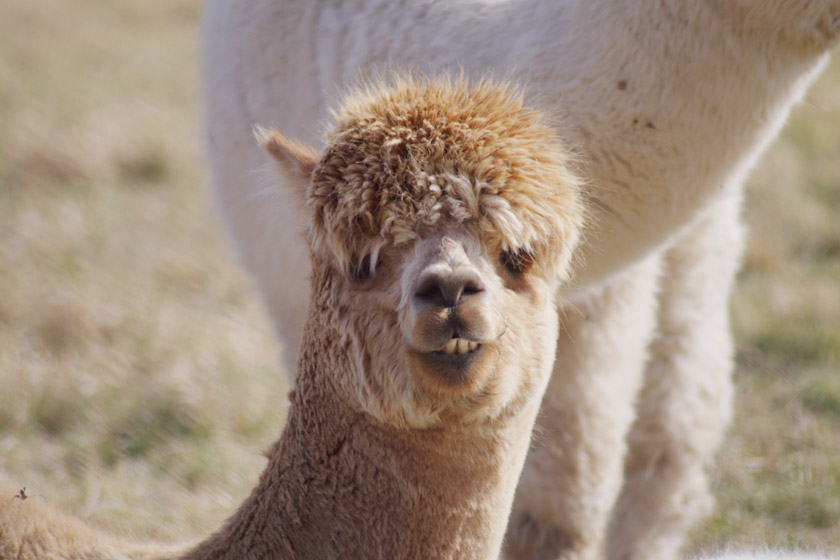 I can’t quite put my finger on this one, someone with mutton chops perhaps? 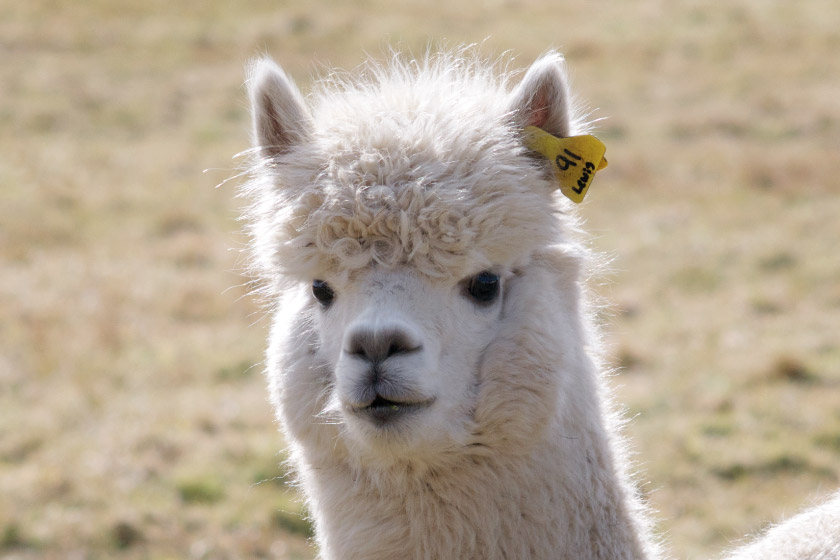 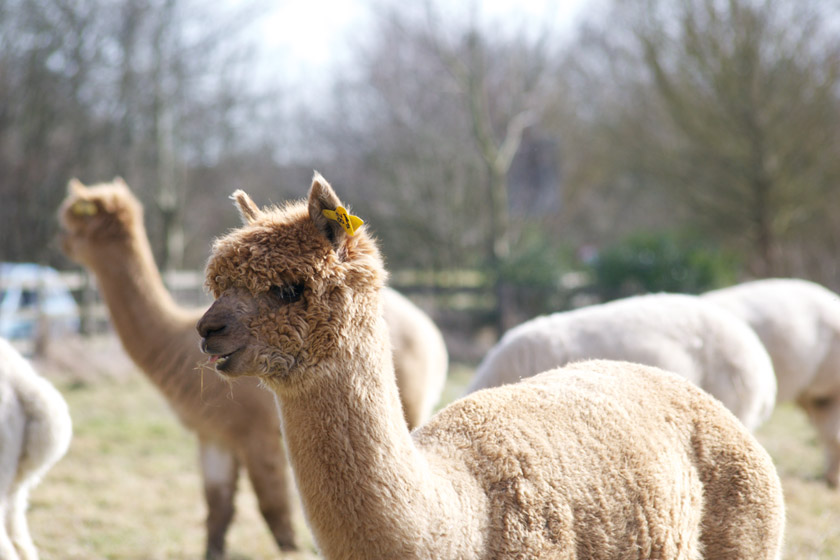 After a while they ran to the other end of the field and started to eat. As they tucked in to their lunch I decided it was time to go home and get mine – easier said than done when your leg has been wedged the other side of a big ditch for fifteen minutes. 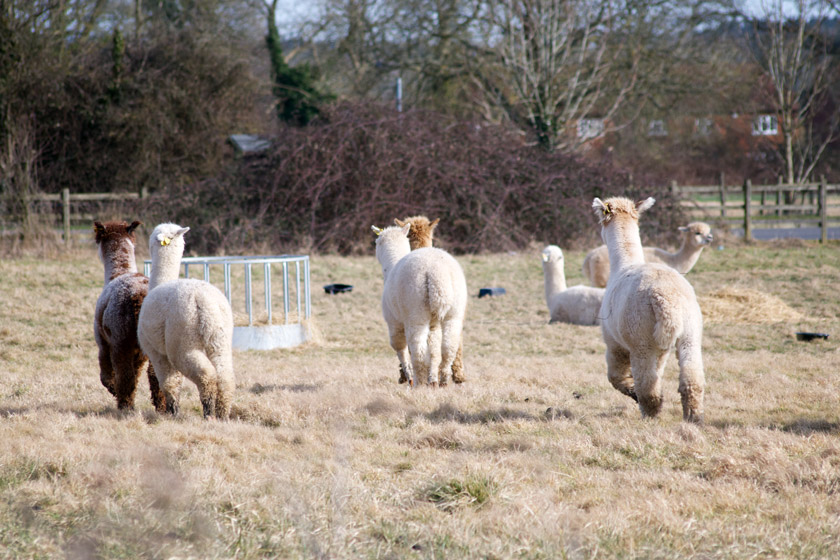 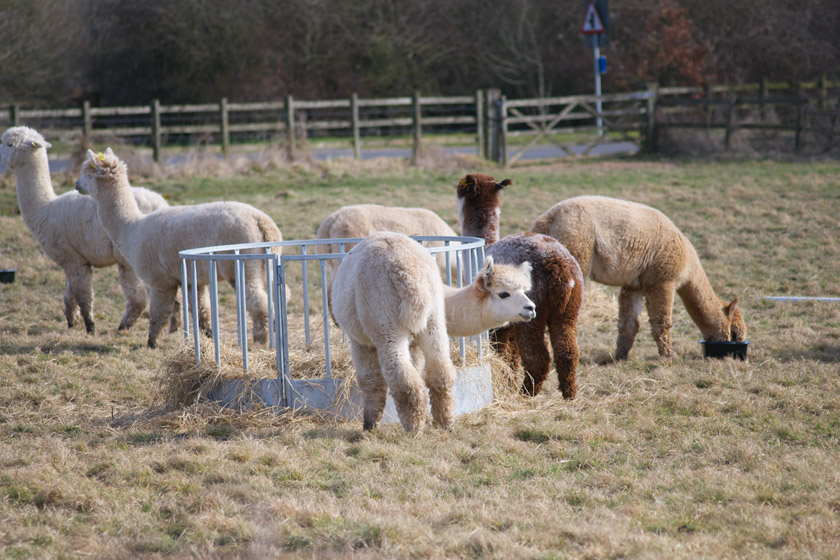 On the way home I got talking to a couple who had been stood at the other end of the field and they told me alpacas can spit at people! This week someone else told me they’d seen alpaca meat for sale locally. A bit of a sad thought, I’m hoping this lot will become fluffy jumpers instead.