October was a beautiful month. A wave of sleepiness crept in as the trees changed colour and the days grew steadily darker. Ornamental cabbages made a comeback, the sun hung low, leaves covered pavements, cinnamon buns were piled high on 4th October, people started wearing scarves and dogs were back in their LED collars. 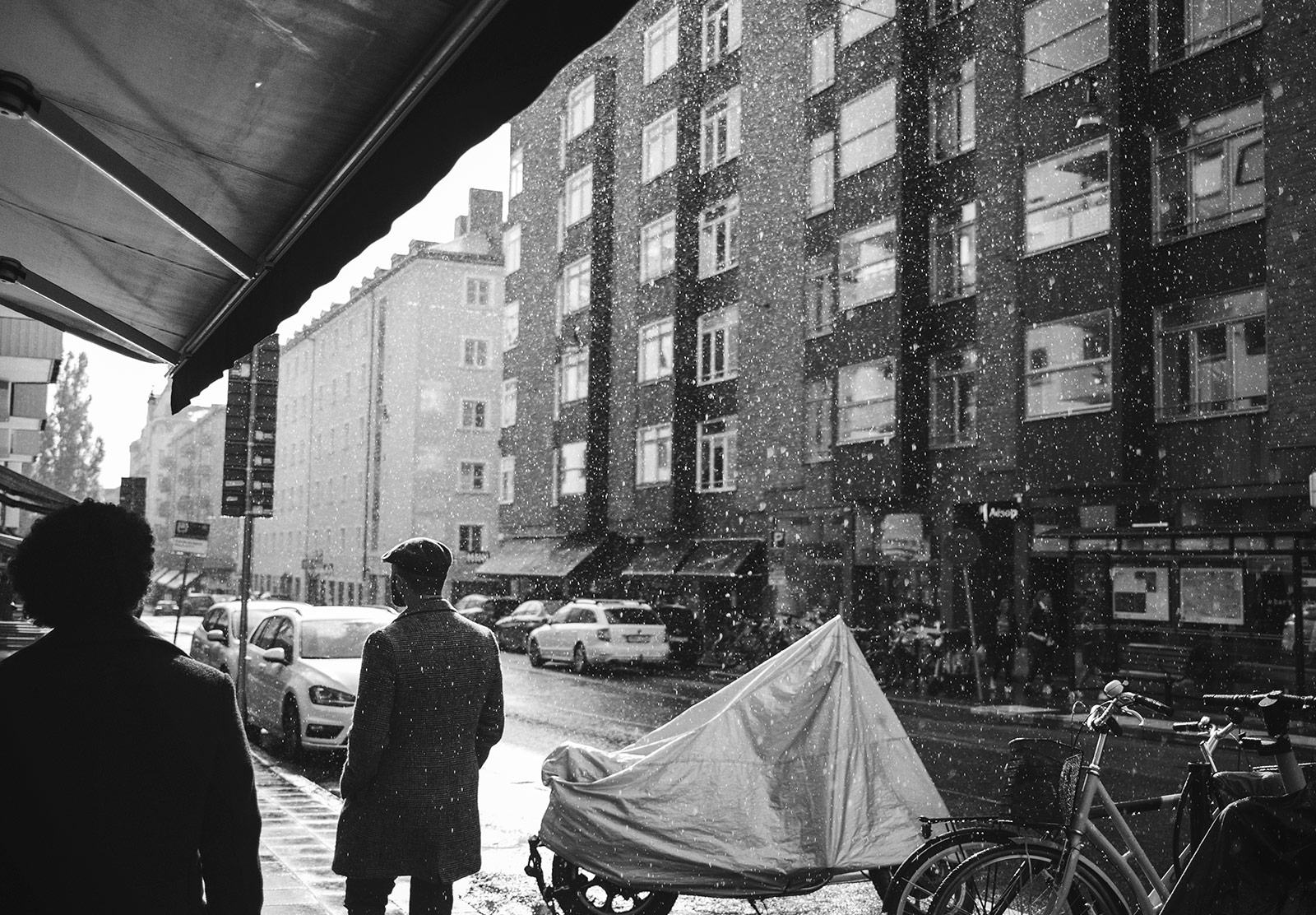 We got caught out in the rain and the drops were so large, they looked more like snow. I’m eager for the snow to arrive now Summer is definitely over! 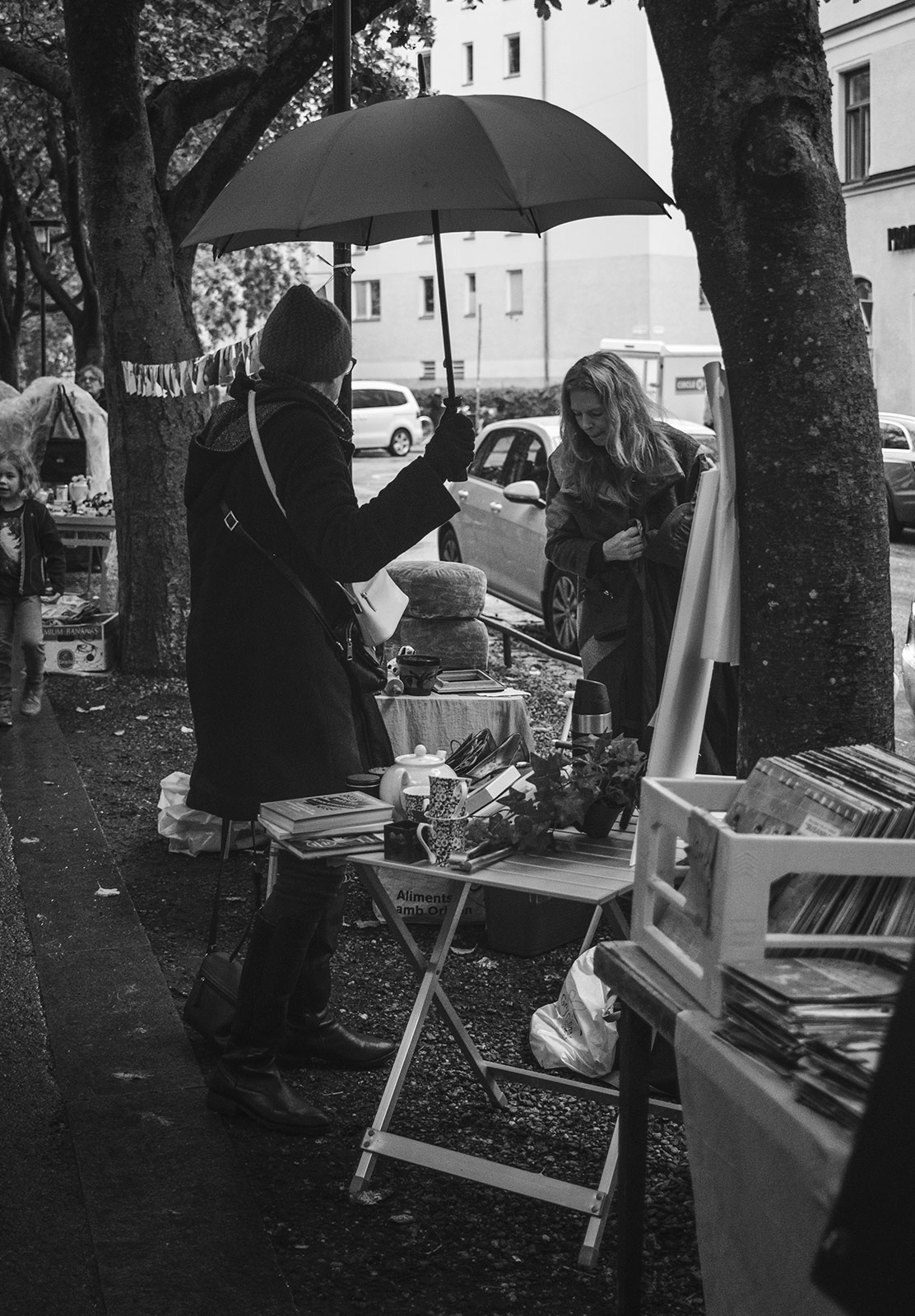 Loppis life continues even in the rain. 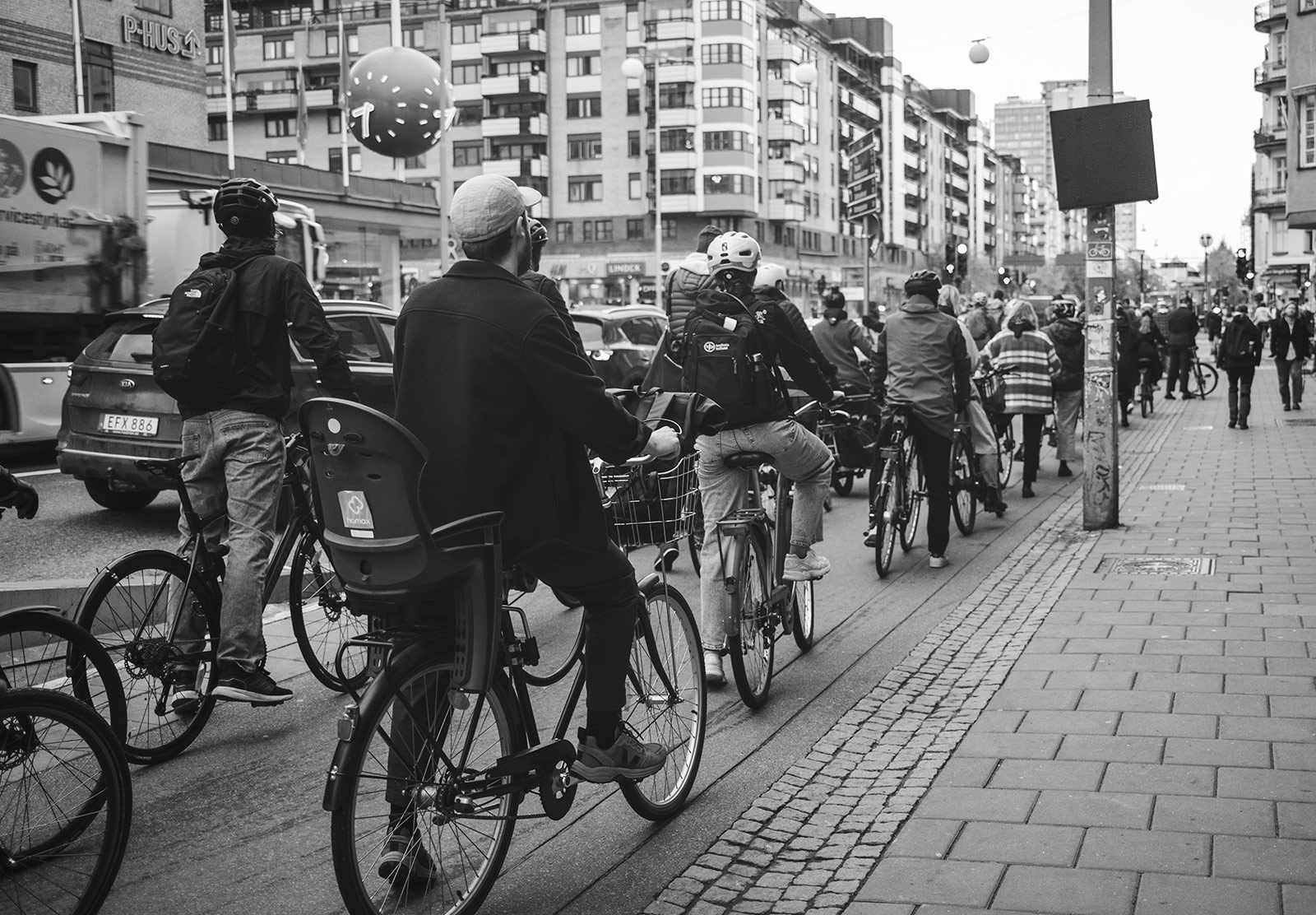 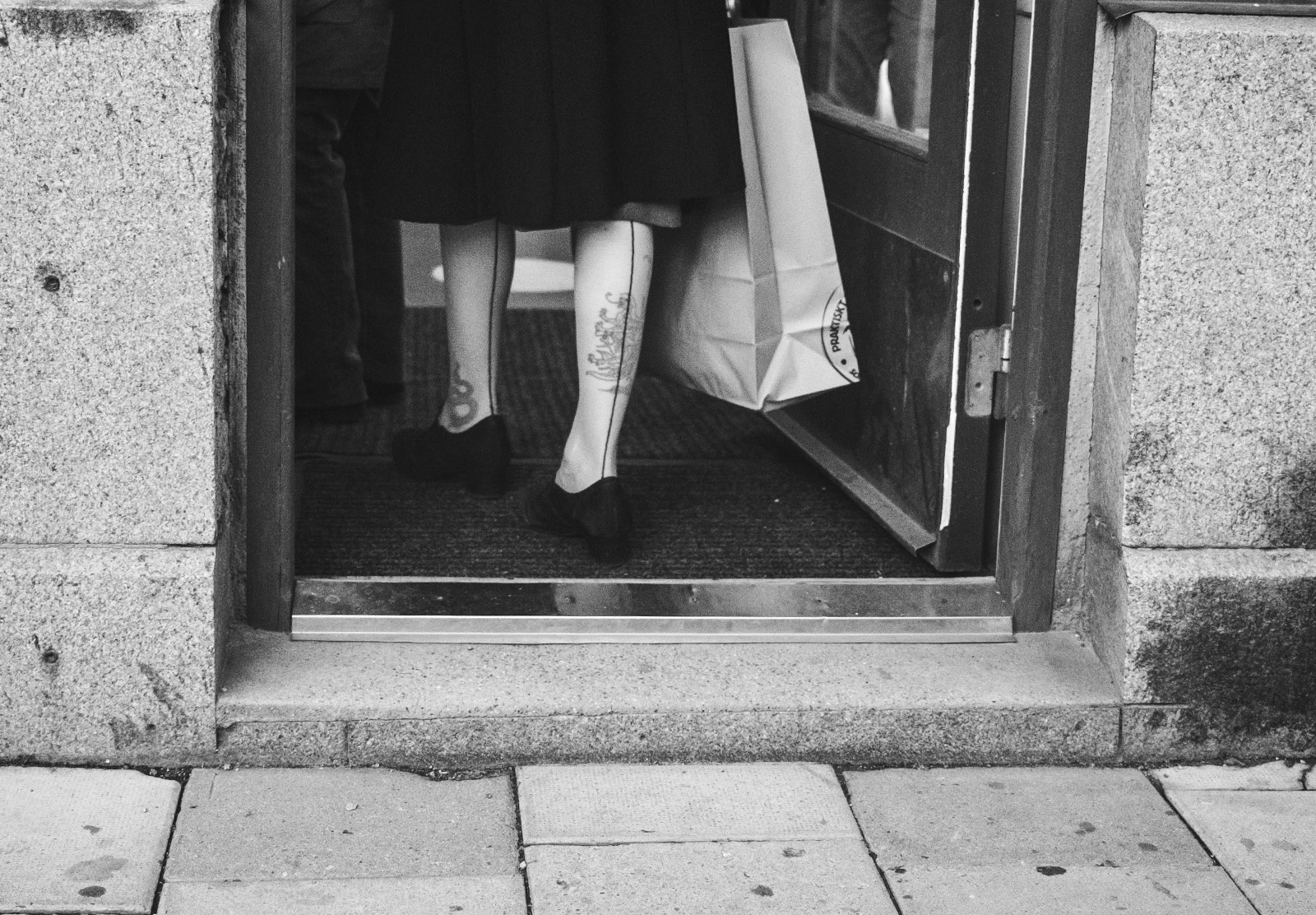 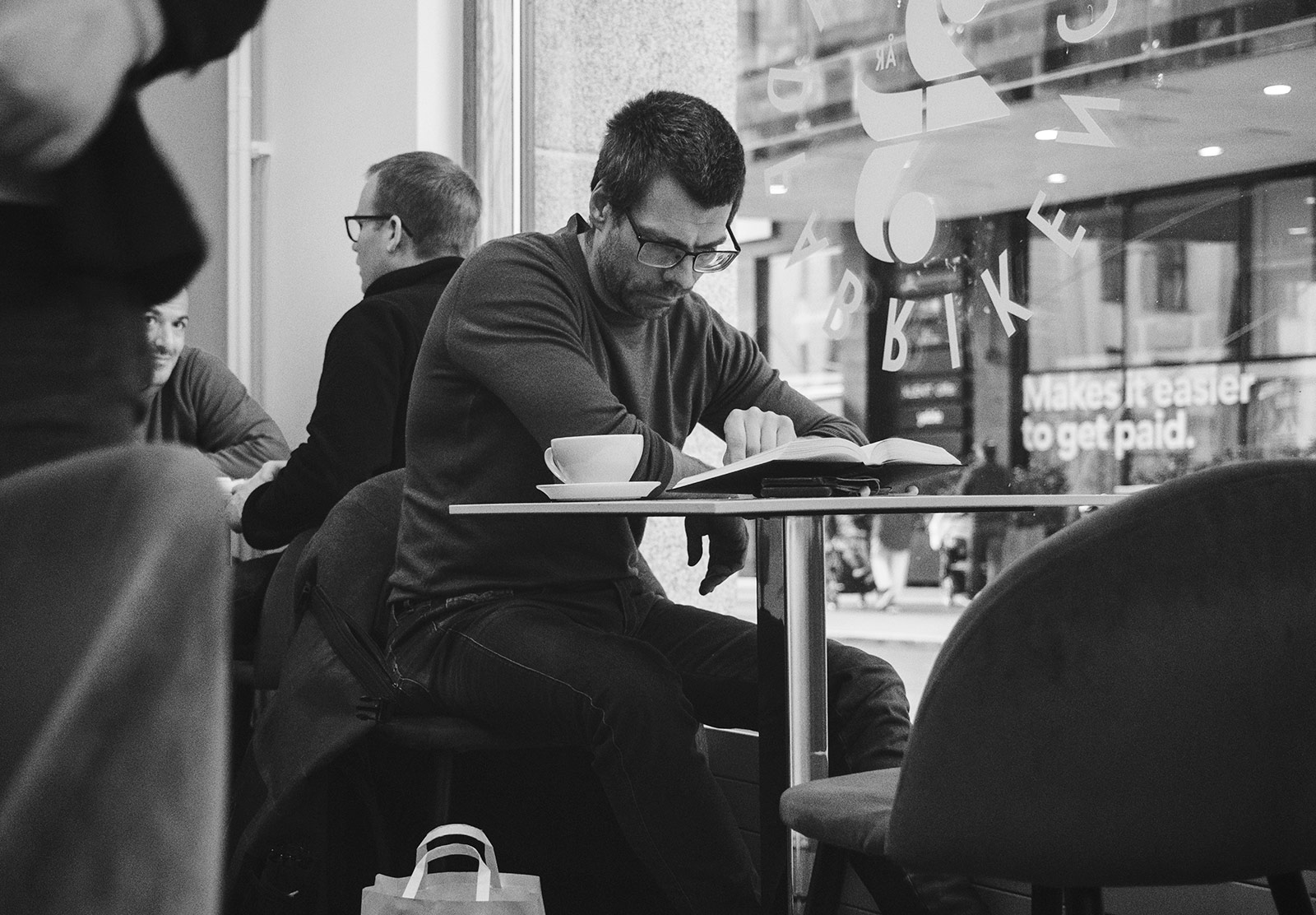 I’m not religious but if you’ve been reading my blog for a while, you’ll know I’m always happy to see this group of Krishnas in Stockholm. They bring lots of joy to the streets with their music and dancing — I love the energy of the man at the front. 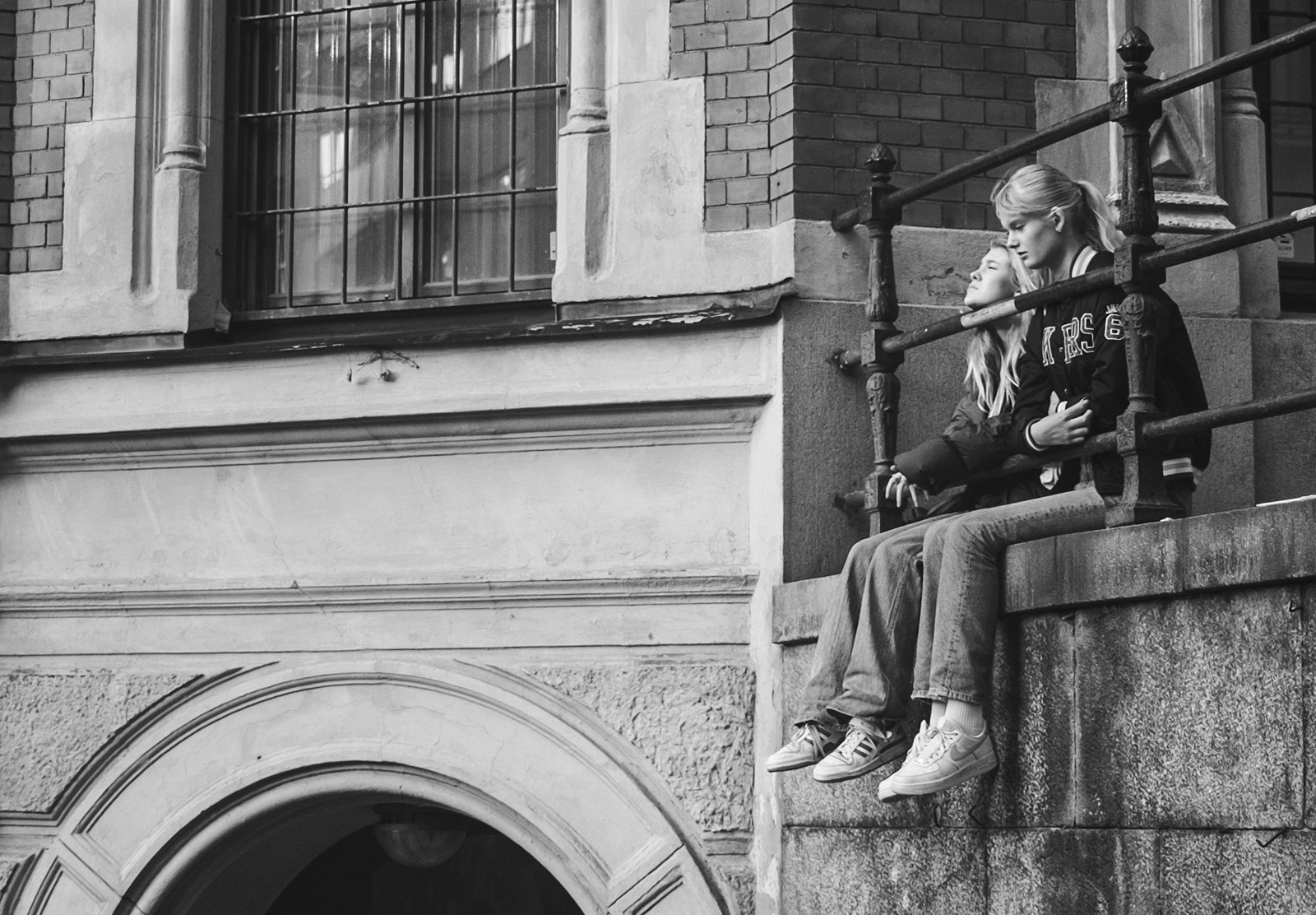 Parkoperan is a street piano under a tiny shelter in a park. I’m not sure how long this has been at Tanto but we don’t remember seeing it there before.

There was a constant stream of cyclists as far as I could see across this bridge. It’s amazing to see so many people commuting by bike — which feels easier and safer when you live somewhere that has invested in good cycle infrastructure. After a few near misses cycling to work in the UK, I’ll never take our cycle lanes here for granted. 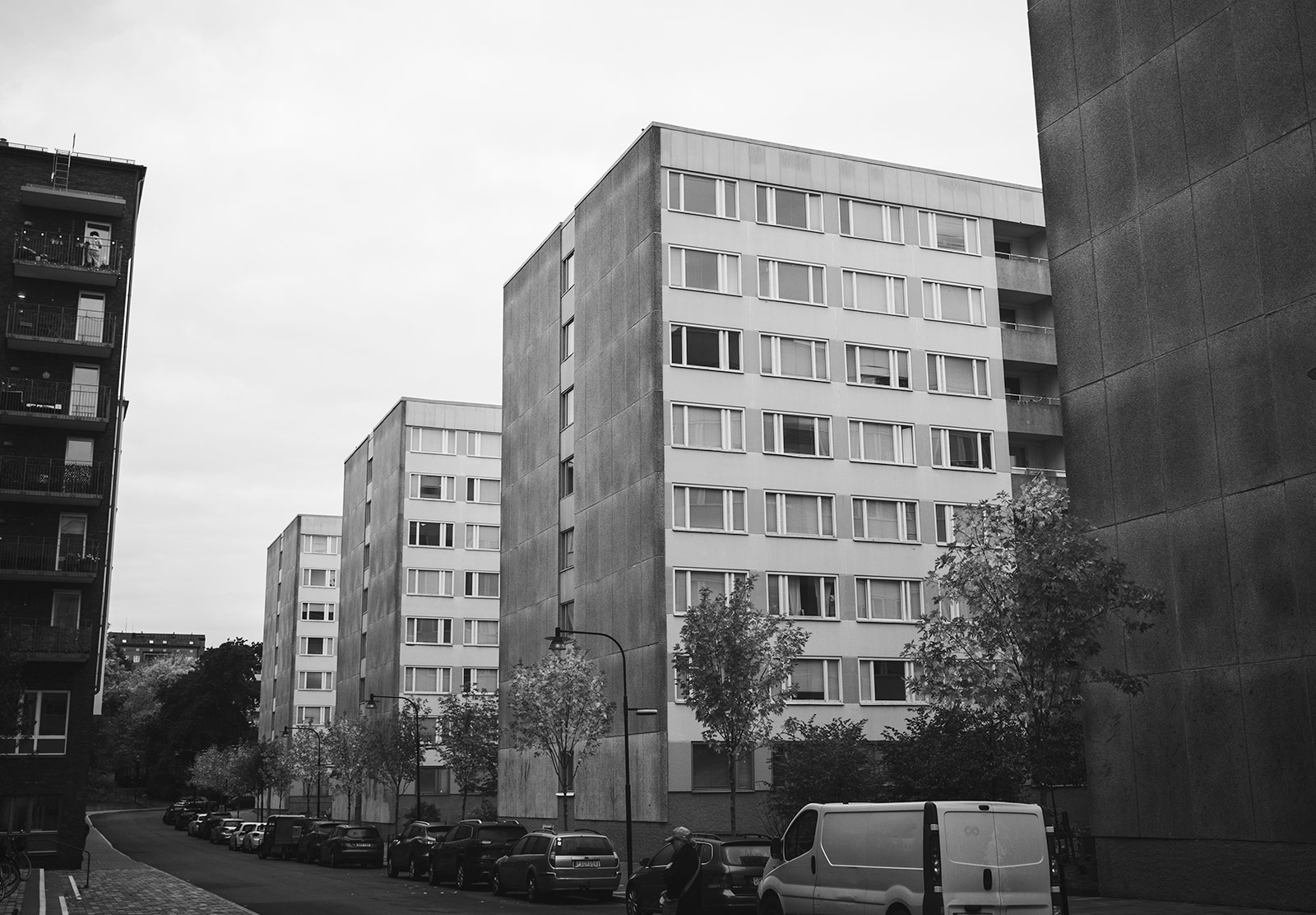 This man and his dog admiring the view together made me smile. And that’s all for October!