Summer days triggered a desire to swim in the sea and I had been daydreaming about blue water, the sound of waves and a slight breeze. We recently found ourselves with a free day so we headed to Erstaviksbadet laden with snacks and swimwear. It was so nice to just bum around on the beach for a while, read and enjoy some peace. 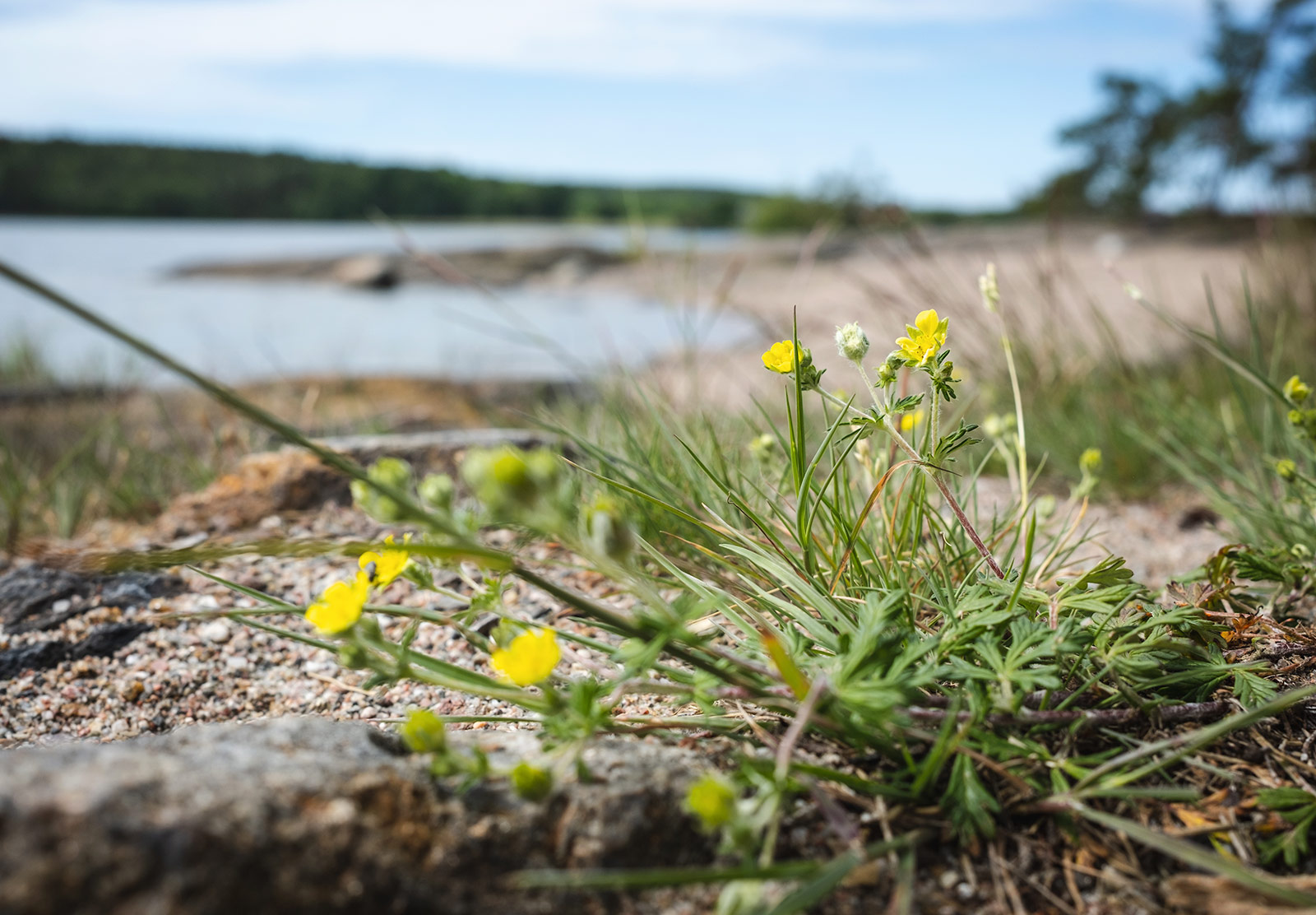 It was really quiet; only a handful of other people were there. Scott read for a while and I pottered around on the beach with my camera. 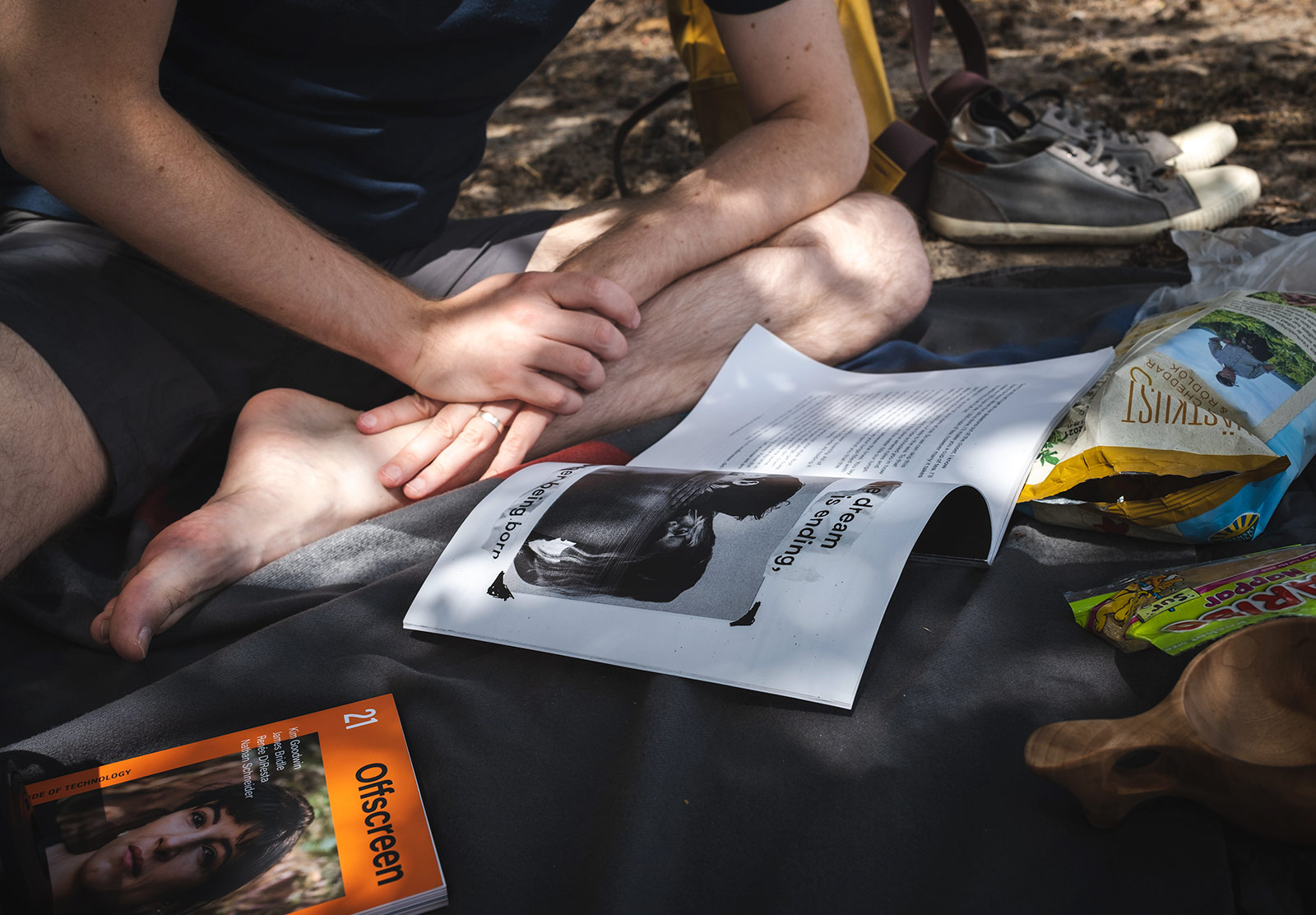 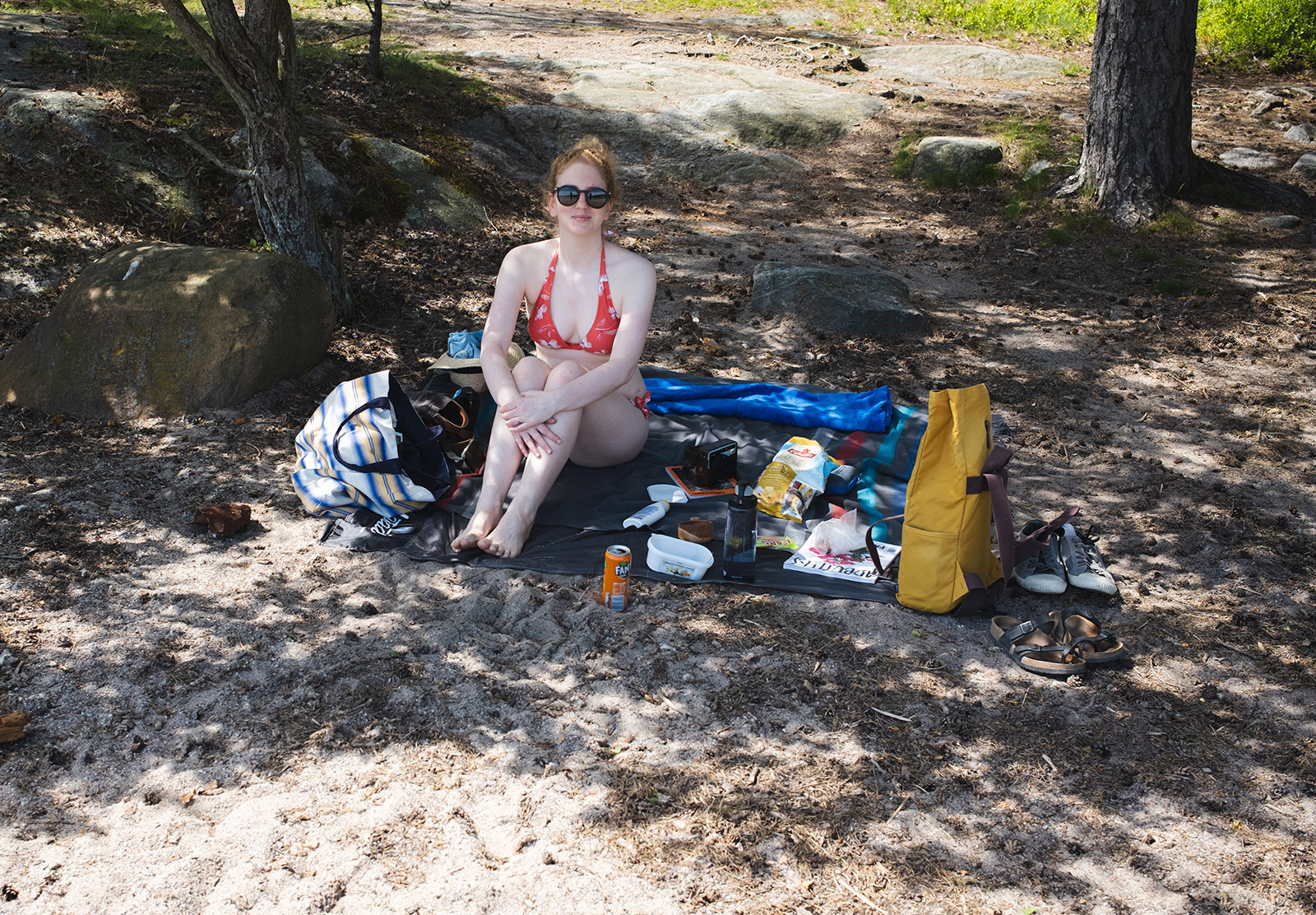 It was too hot to sit in full sun but we found a perfect semi shaded spot under the trees — there is forest at the back of the beach. Sun and breeze on my whole body was a nice feeling. Stepping on pinecones buried in the sand, less so. 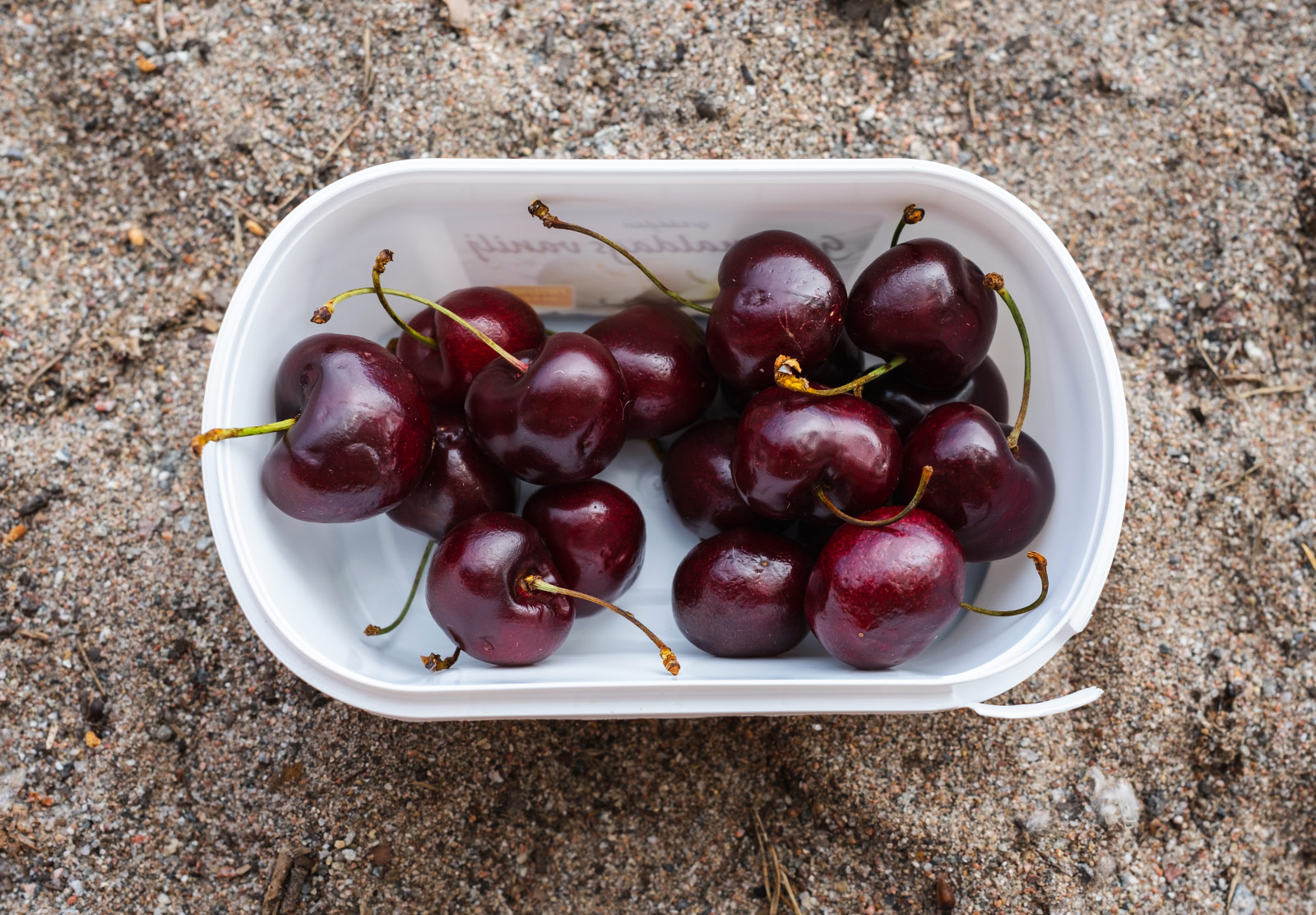 We packed some lunch and a few treat items like orange Fanta, some sour Haribo and black cherries. Cold orange Fanta is the best drink on a hot day! 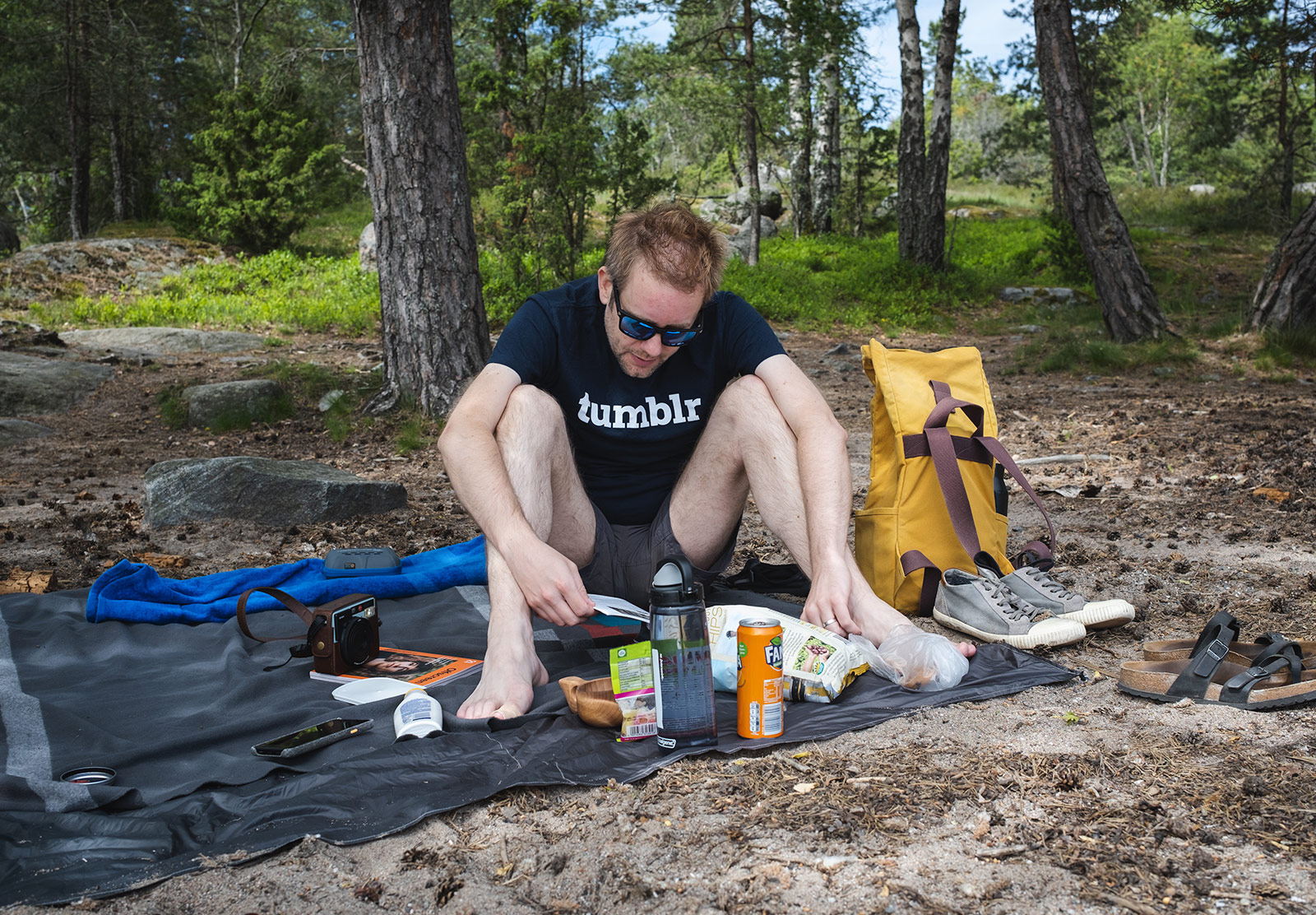 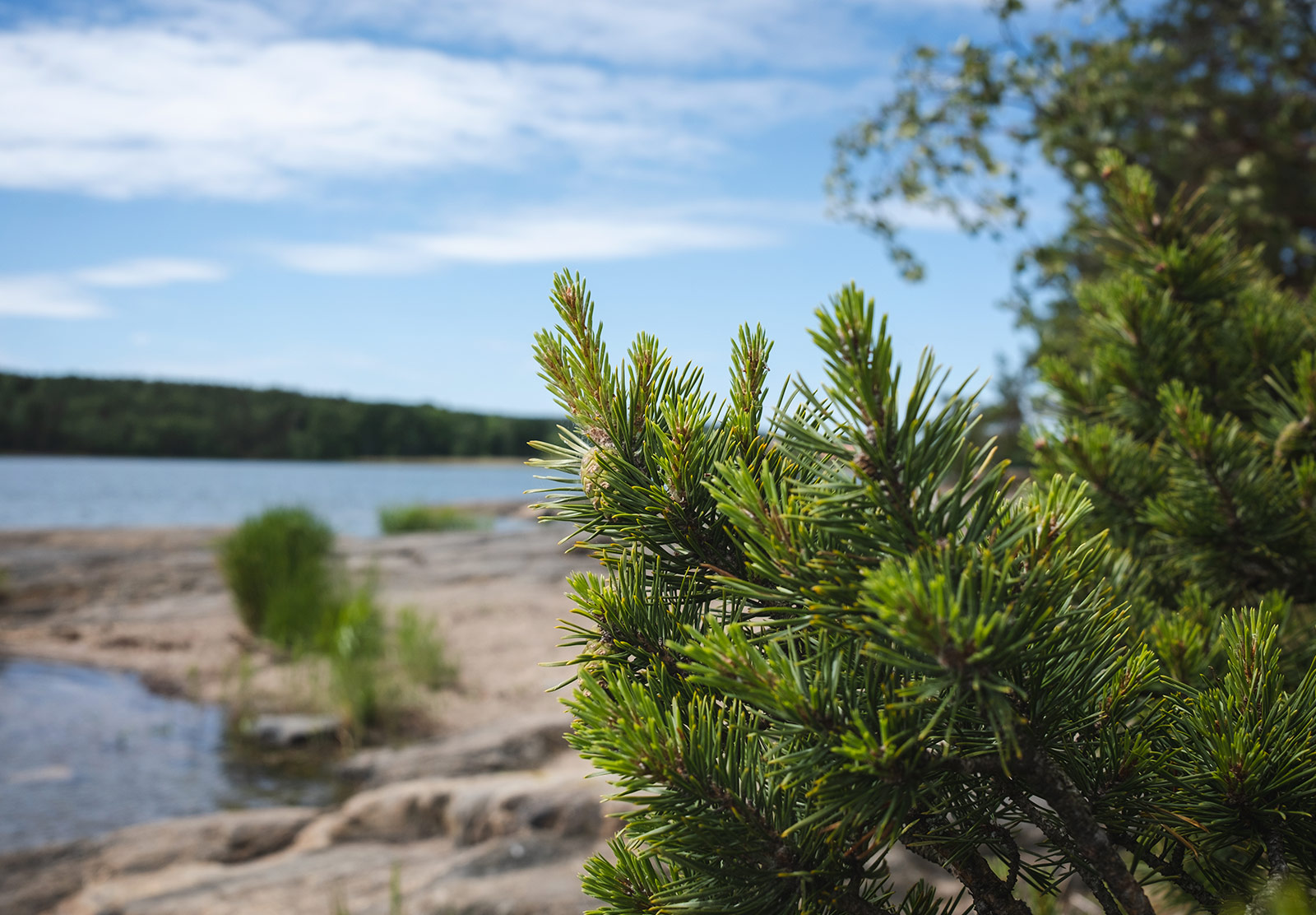 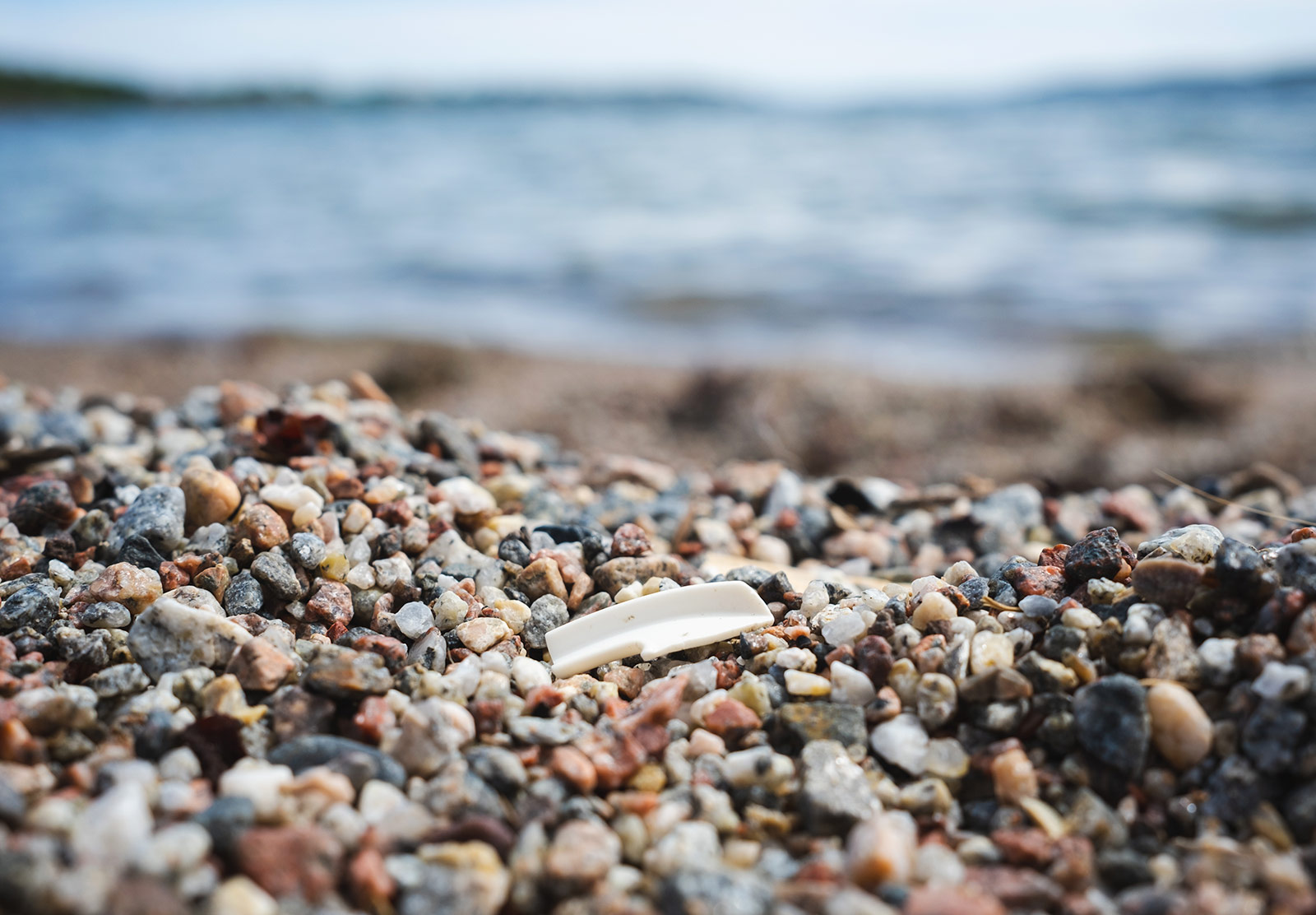 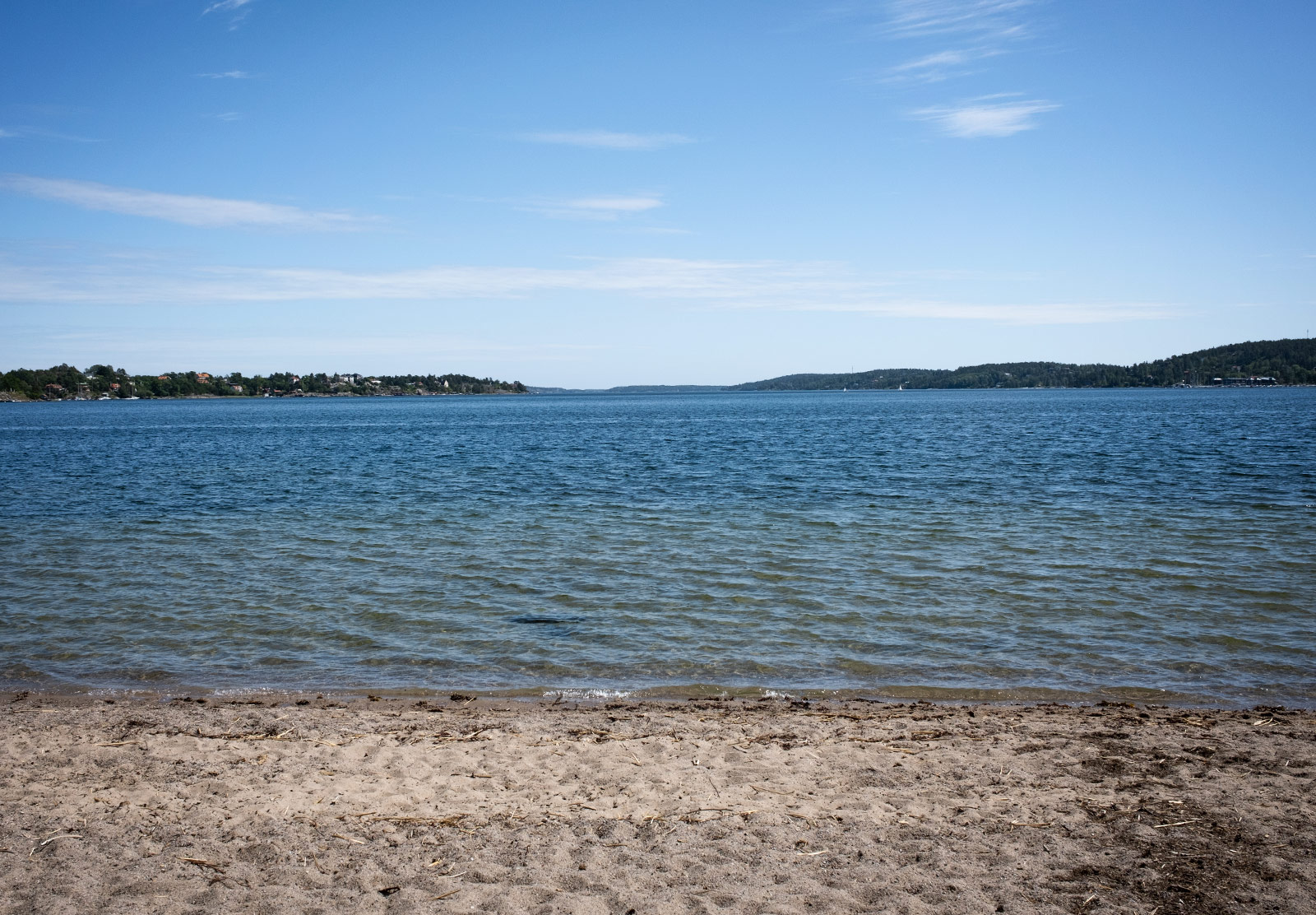 The Baltic sea looking blue and welcoming! We saw a few people get in, scream and run back out… which should have been a warning signal of what was to come. But I thought maybe they weren’t very hardy.

I waded into the water and a deep ache spread through my legs — a bit like brain freeze from eating ice cream too fast. I couldn’t get in past my thighs, it was too painful. Scott had a go, ran straight back out and declared the water “must be about -4°c”. I tried another two times but abandoned any hope of getting in past my crotch for an actual swim. The screamers were right. 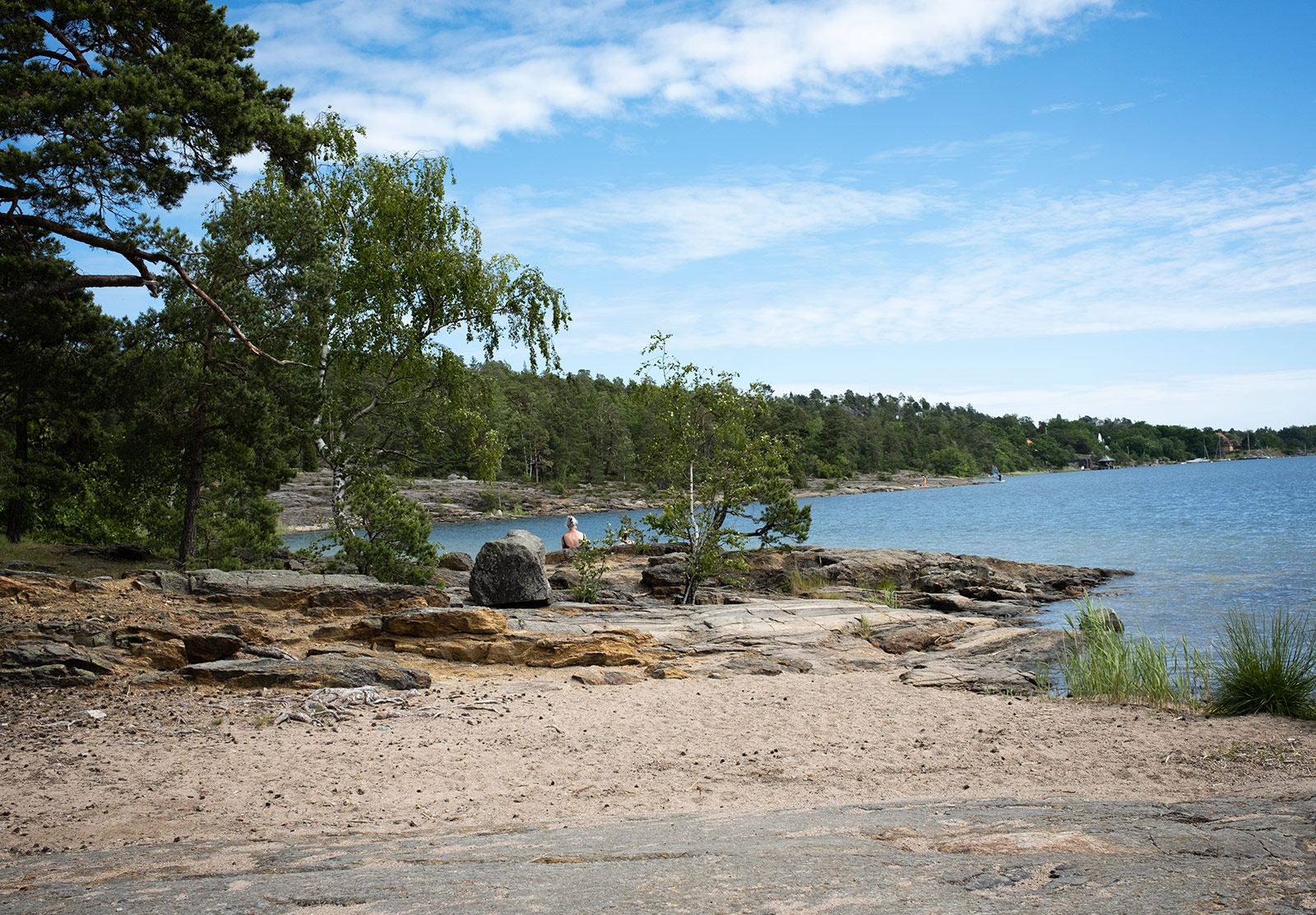 Plastic waste on beaches (and littering generally) really gets to me. I hadn’t seen any on our previous trips to Erstaviksbadet but there were a few plastic items this time around. A hair tie, balloon fragments, a small piece of foam, synthetic string and some unrecognisable plastic pieces. I put them in a bag and dropped it in a bin later on.

This is something we’ve done for a while but I recently learned that Swedes call it plogging; a combination of  “plocka” (pick) and “jogga” (jogging). Jogging is not essential though, it applies to any outdoor activity including walking. Maybe you already do this and don’t know you’re actually a plogger 🙂

The plogging movement was founded in Sweden and has spread to many other countries around the world — plogga.se has more information if you are curious and there’s an English translation button at the top right.

That concludes our day at Erstaviksbadet! We came home with free minds and left a cleaner beach. Good day.

4 comments on “Beach Bums at Erstaviksbadet”