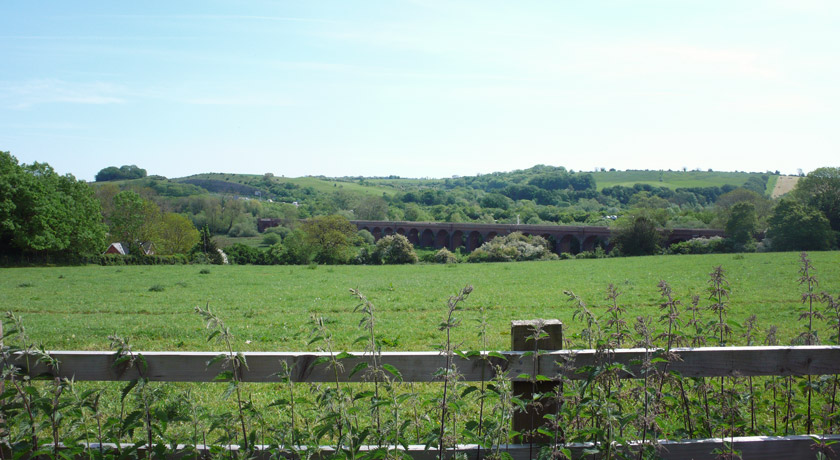 The final day of our cycling holiday and the longest journey of the 3 days.

The weather was forecast to be hot (27c) so we set off early to make good progress before the heat of the day. Following the cycle route through Southampton was tricky because the signs weren’t clear in places. Lots of stopping and starting to try and work out where we needed to go. We stopped for a quick bit of breakfast along the River Itchen at Bitterne Park before heading towards Winchester.

On day 3 the heat was really getting to us, especially as we got nearer to Winchester and there were more hills. And they were whacking great hills at that!

We saw the Hockley Viaduct in the distance and didn’t realise it was actually part of the cycle route over the River Itchen and we’d be cycling on it. When you’re on the viaduct you don’t appreciate the scale of it because you only see the surrounding countryside. The photo below is one of my favourite bits of scenery from that day.

By the time we reached Winchester we were in need of some lunch, a rest and more water.

Our pub of choice was The Bush Inn at Ovington and it was tucked away to the point where we nearly cycled straight past it. They had outdoor seating with a few prized areas of shade. Get ready for the food snaps! 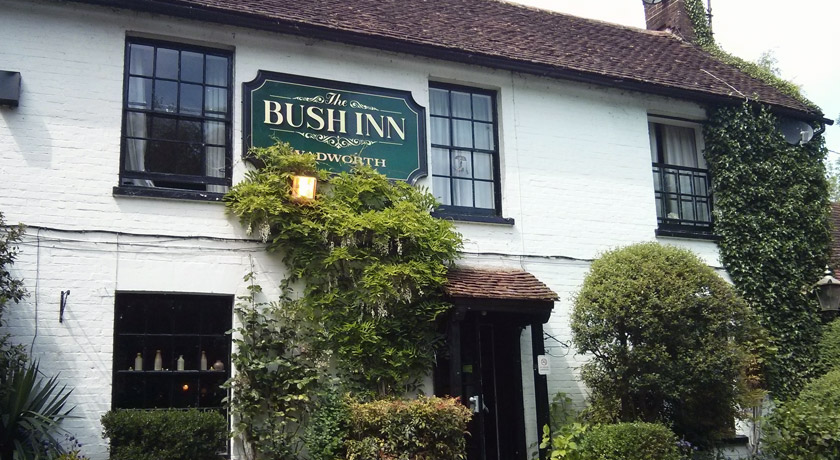 I had fish and chips with the nicest mushy peas I’ve ever tasted. 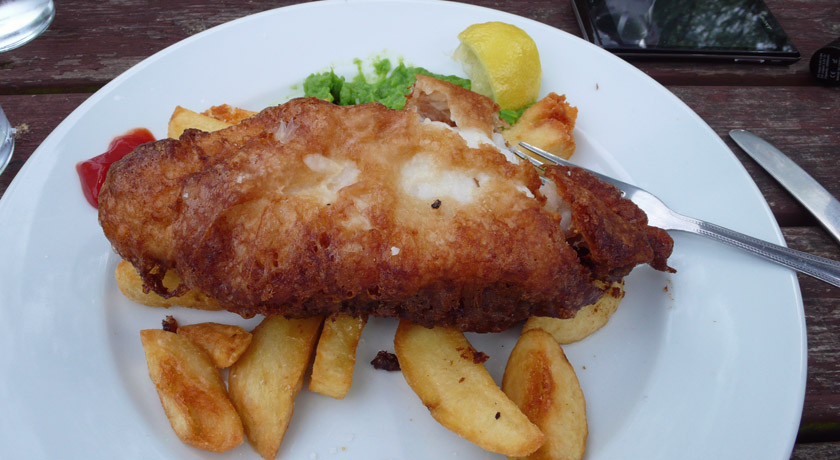 Scott had a burger which he said was the best out of the two he ate that weekend (crumbly and homemade with good flavour). 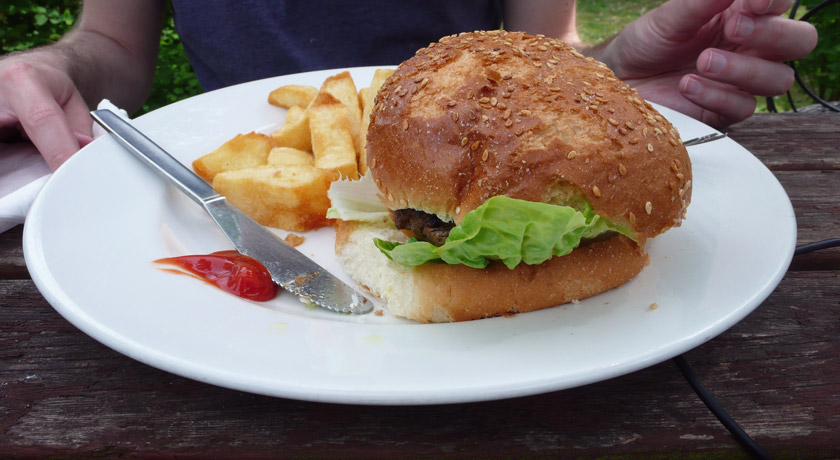 After lunch our legs were fine but we started to really suffer with the heat and we didn’t realise it at the time but it hit about 29c. We’d both carried 2 water bottles with us and refilled them on the journey but I don’t know if it was enough that day. In the end we cycled for a bit, walked a bit and kept doing it to keep ourselves cool. When we reached Medstead we sat in the shade at the side of the road for a while. 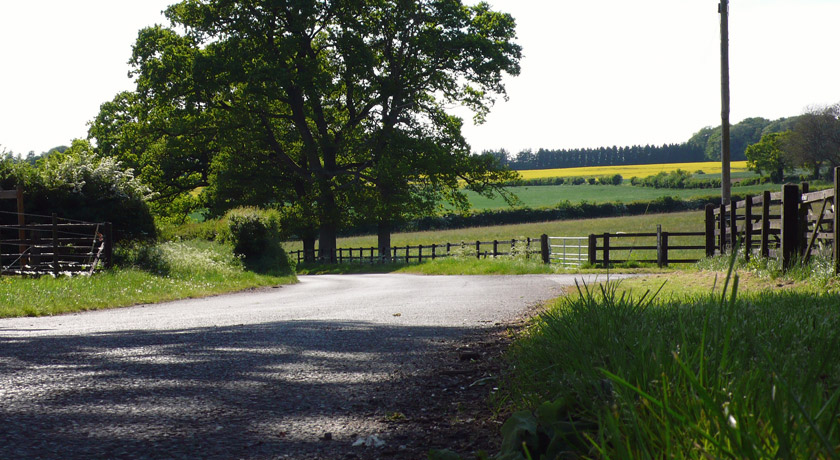 And put a wet flannel on our faces. It felt like heaven. I’m glad I chucked it in my bag in case we needed it! 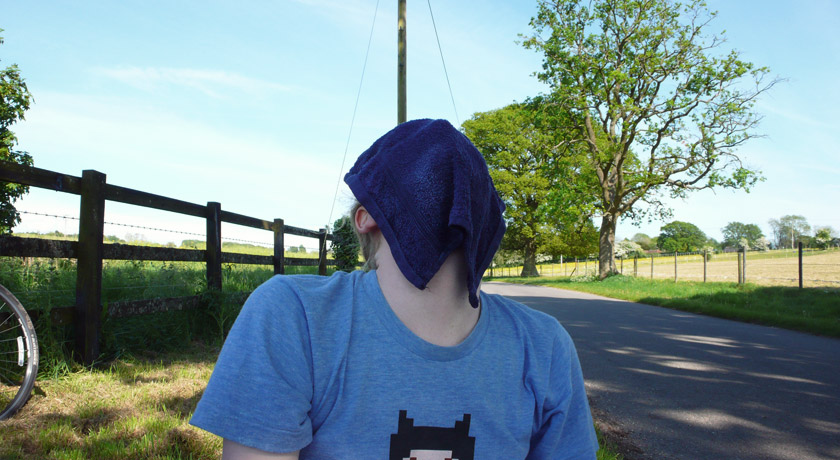 At this point we talked about getting a train the rest of the way home but neither of us really wanted to bail when we’d come so far. But luck was on our side because Chawton Park Wood gave us a breezy downhill stretch a few miles long though woodland. We were very happy.

By the time we got to the other side the temperature had dropped and we were feeling a bit more human. We stopped to admire the lambs before starting the final hour of our journey home. We really picked up the pace in the last few miles and took the remaining hills like champs (there was a fair bit of grunting).

The most surprising thing about the last day is how much we managed to push ourselves to keep going even though we just wanted to lay down on the floor. We were practically crawling along lanes with our bikes at one point but we managed to keep moving, all be it very slowly. We cycled 115 miles over the weekend, up and down some pretty big hills. We saw a lot of great things, ate lots of nice food and felt very free taking off with a few essentials each. Bikes are amazing. More cycling holidays please!

* I have to confess that I can’t take much credit for the planning of these cycle routes, that was Scott’s hard work. He is map plotter and navigator extraordinaire.

Tips from the noobs