The obsession with finding Dan A. Mangs started four weeks ago at a loppis. I spotted a pile of photographic prints sprawled across a table and couldn’t resist a quick peek. They were gold! Black and white street photography, Swedish life, hospitals, elderly care homes and portraits. 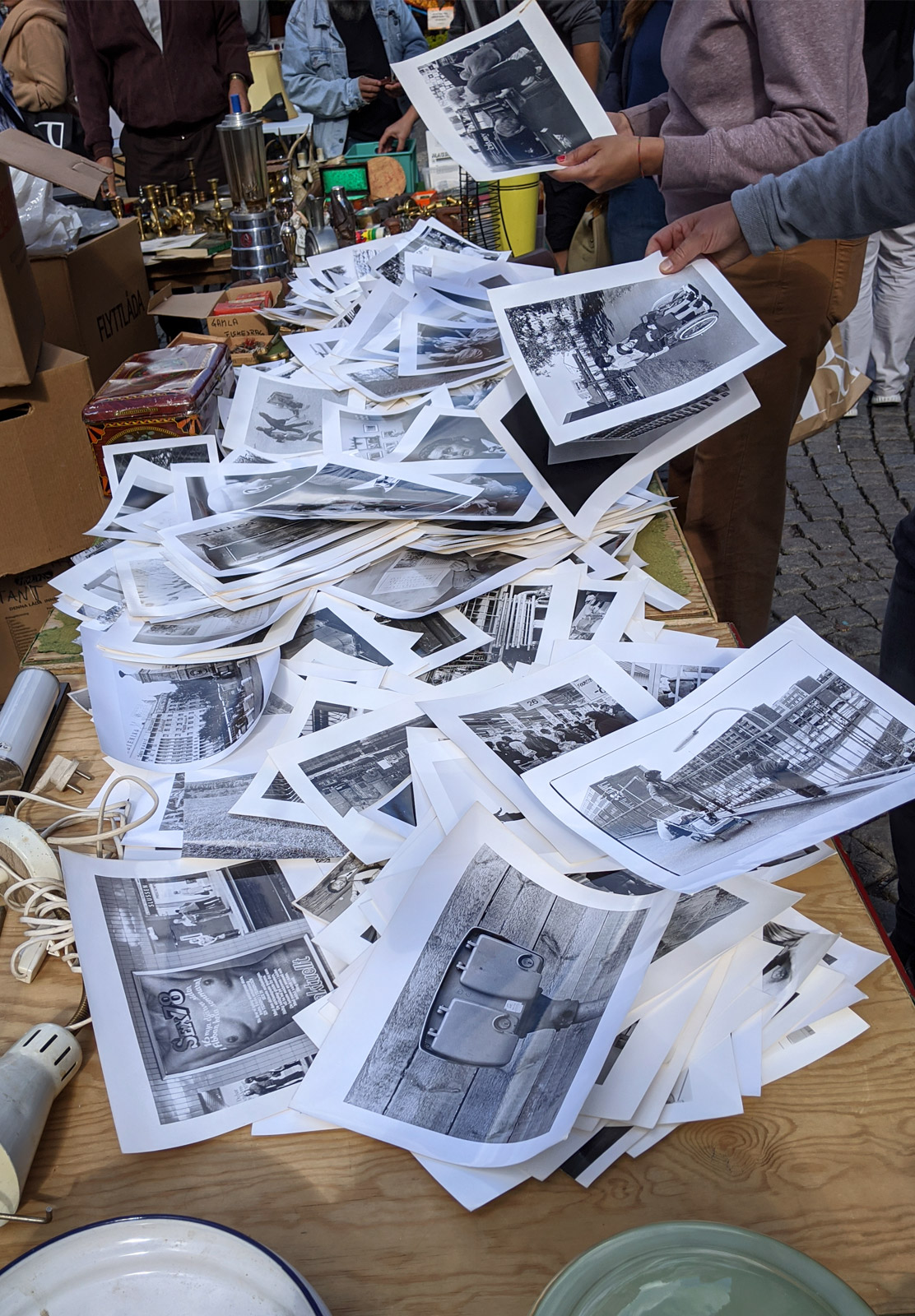 I could have spent ages looking through them but I didn’t fancy hanging around too long because people were not keeping their distance. We only had enough cash for five prints — although we later realised the seller took Swish. Argh! And we only had cash in the first place because another seller didn’t accept Swish. 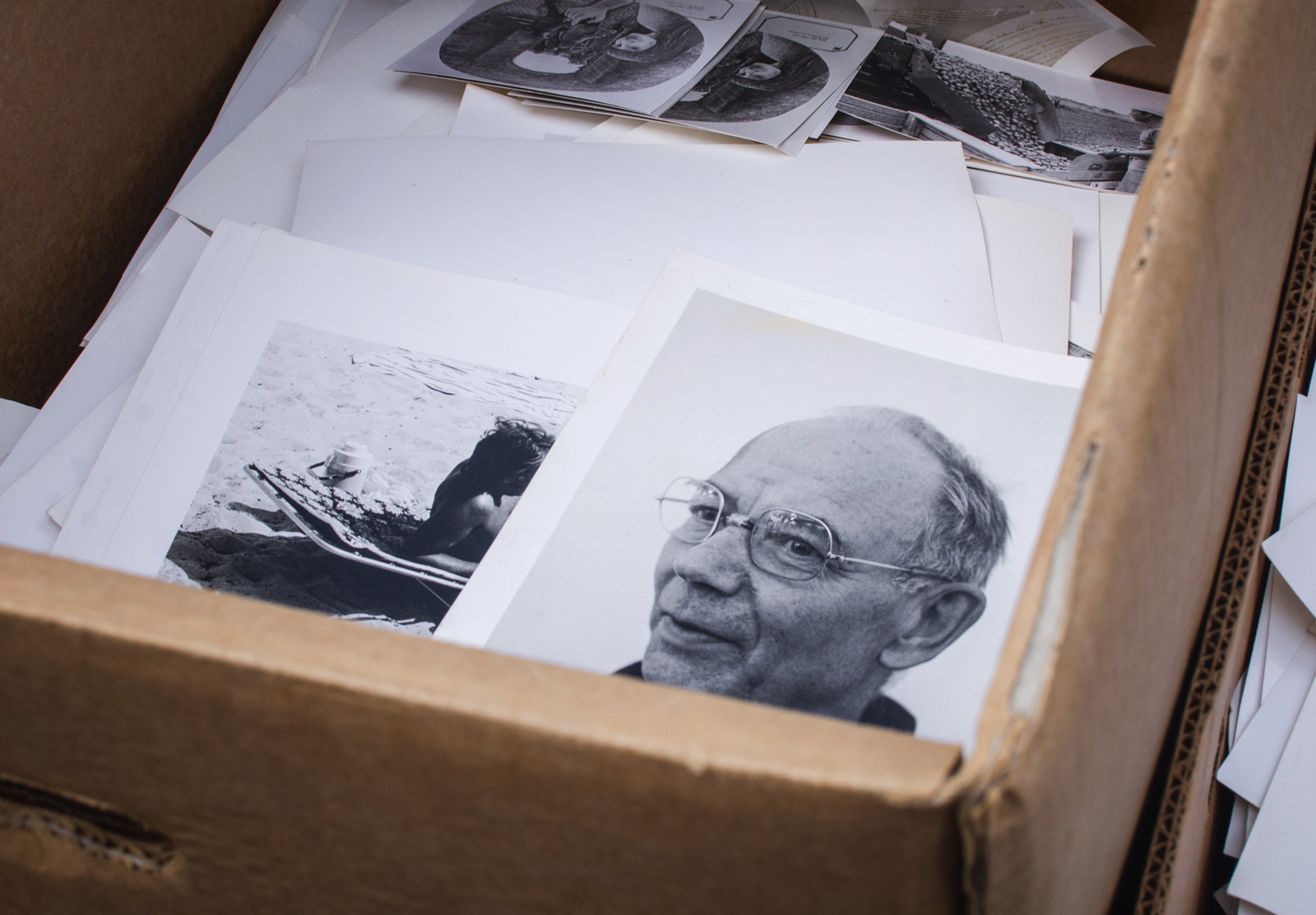 I spent all week regretting not buying more and thinking about some of the faces I’d seen when rifling through the pile. We visited the loppis again the follow week hoping the seller would be there again… and we were in luck! It was quieter this time so there was plenty of space to look through them. There were so many I would have liked to buy but I only picked up another ten, focusing mostly on photos I would frame or could use to research Swedish history.

I’ve digitised the prints exactly as I found them. Some are faded and marked, others are still crisp black and white. 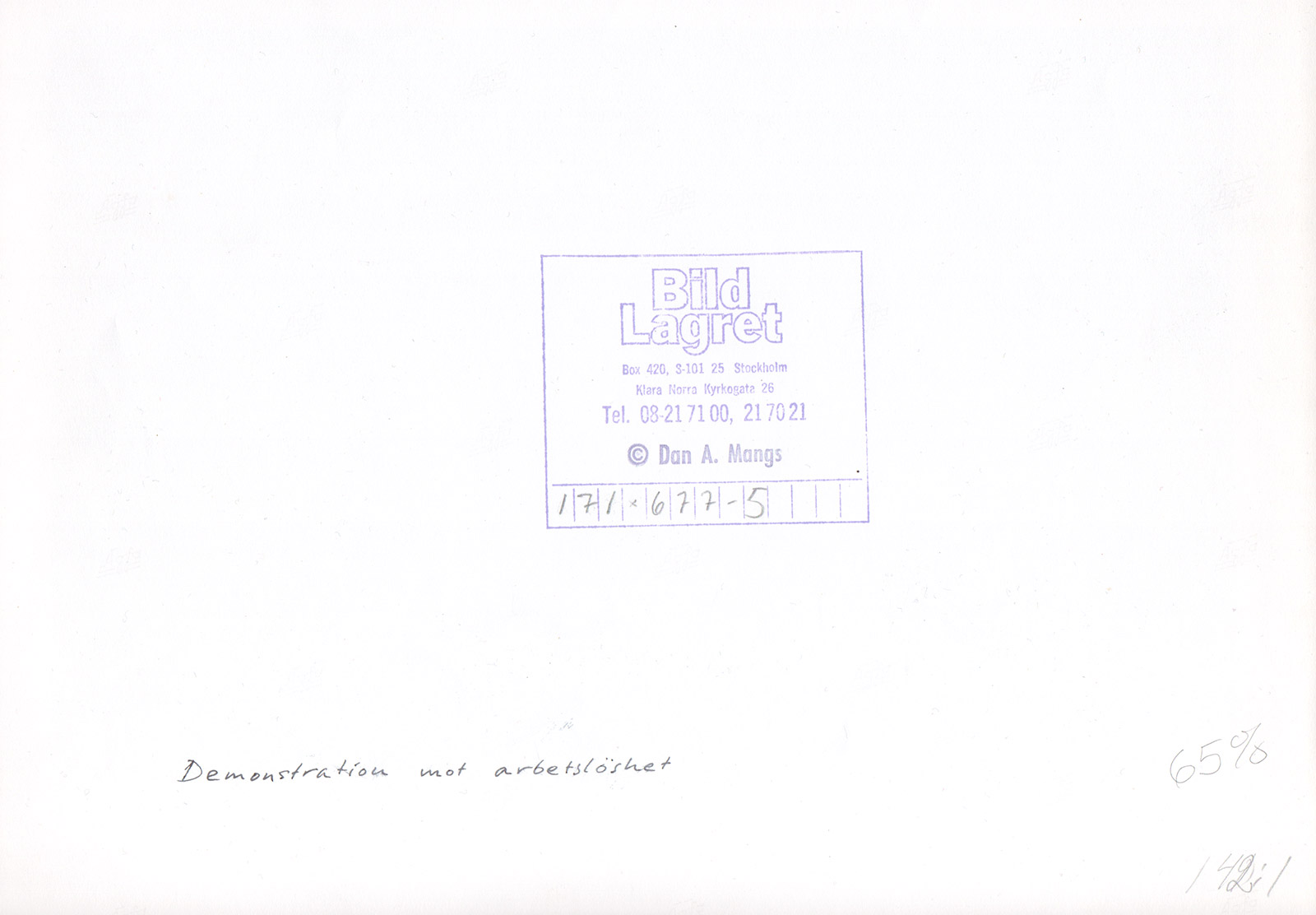 Star of the show

Nice to see “developer tartan” has been going strong since the 70’s! The guy on the left is looking very stylish in his Swedish Hasbeens (or something similar). 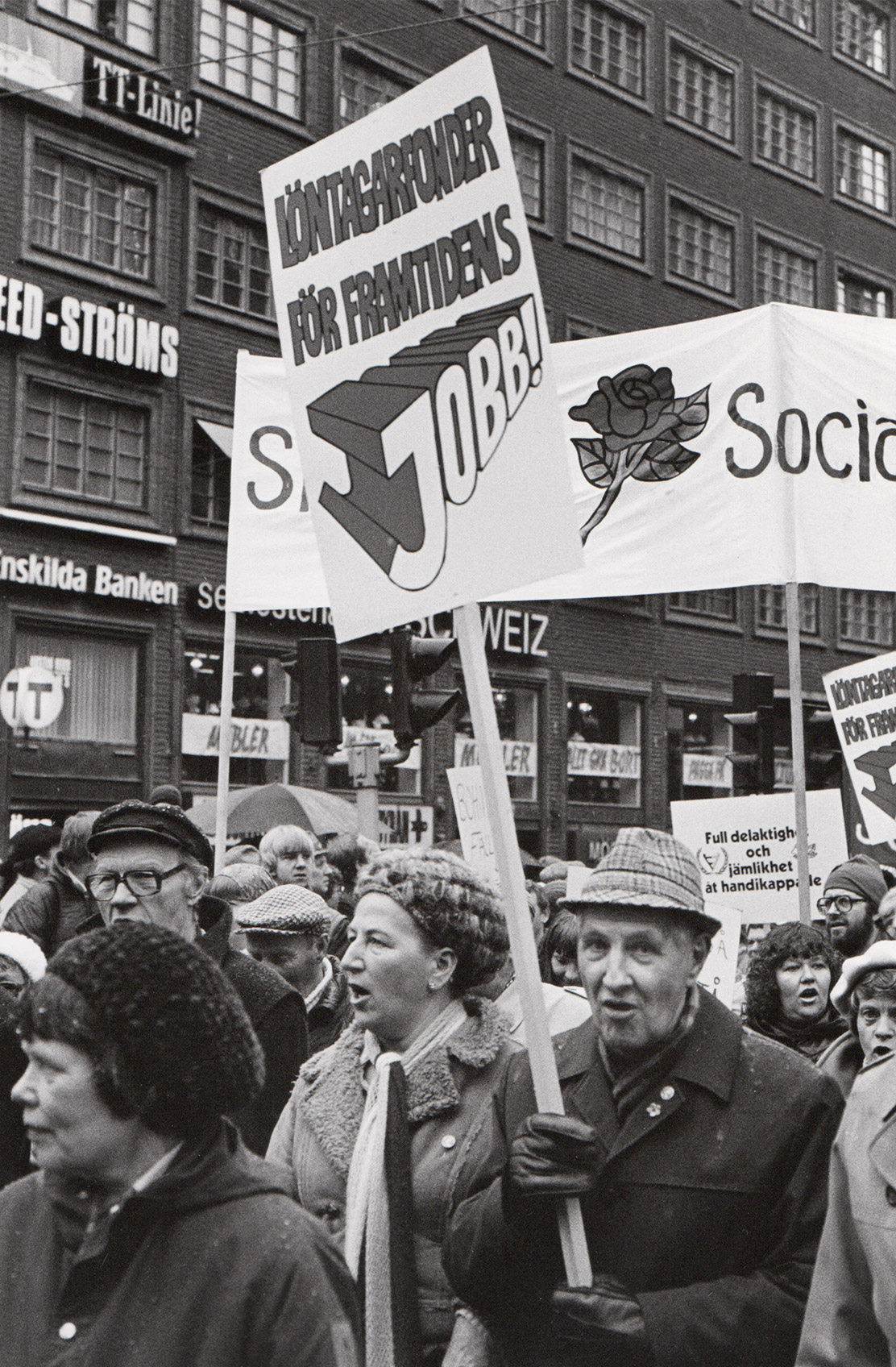 Full participation and equality for the disabled.

A demonstration at Kungsagatan on the 1st May — perhaps late 80’s or early 90’s. The rose is a symbol of the Social Democrats. They wanted Swedish companies to give ownership opportunities in the form of trusts, funds or shares, to their workers. 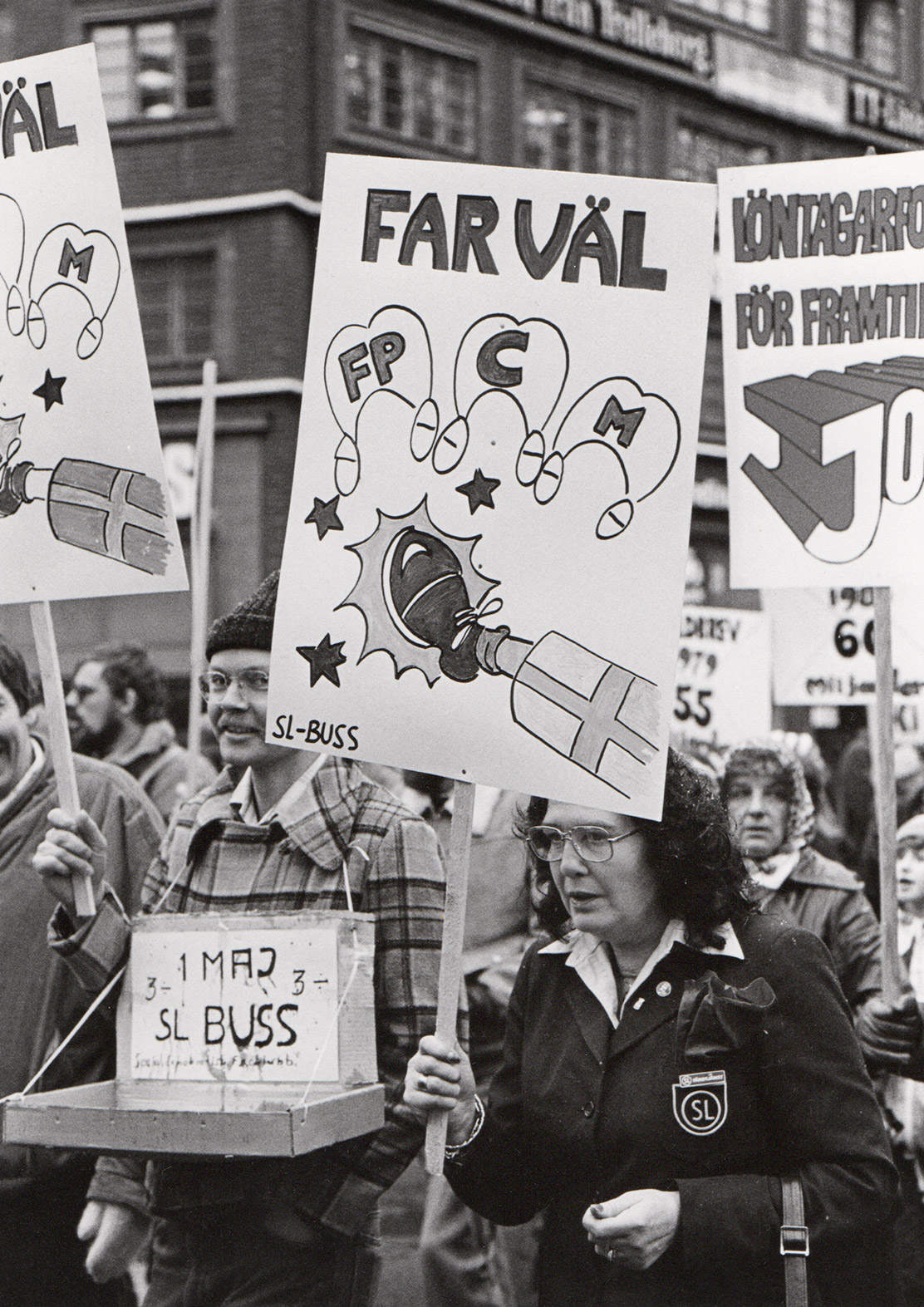 This photo is from the same demonstration. The placard features FP/Folkpartiet (Liberals), C (Central party) and M (Moderate party). The Social Democrats seem to want these parties out, shown by them kicking the other parties up the bum! SL owned the trains, lines and staff at this point in time but it doesn’t appear to be an SL specific demonstration. 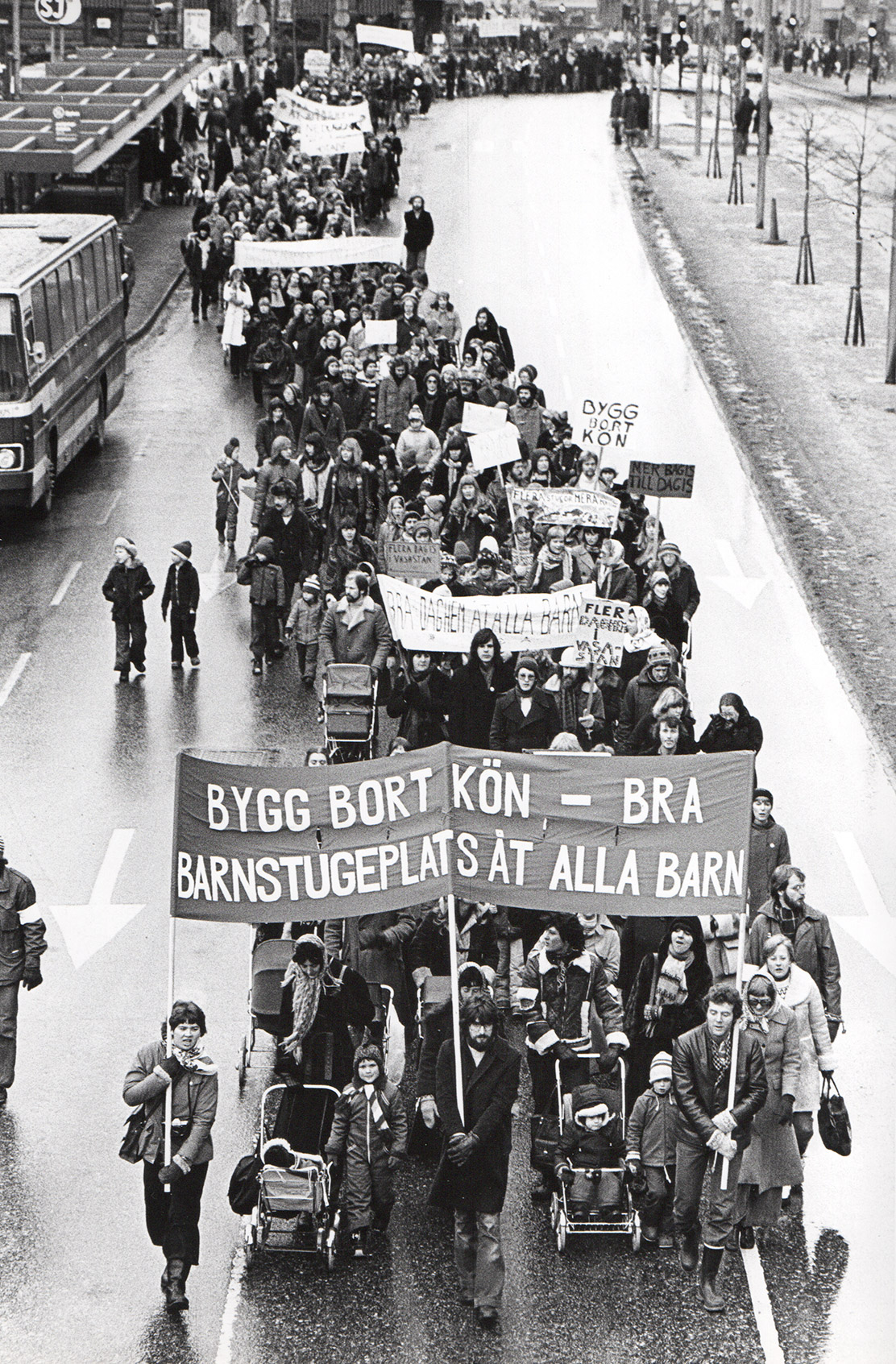 Build away sex – good nursery places for all children.

Good daycare for all children.

I’d like to find more information about the photo above. People seem to be asking for gender neutrality in nurseries, possibly in the early 90’s. I love the fact that men and women are marching together, both at the front and throughout the crowd. 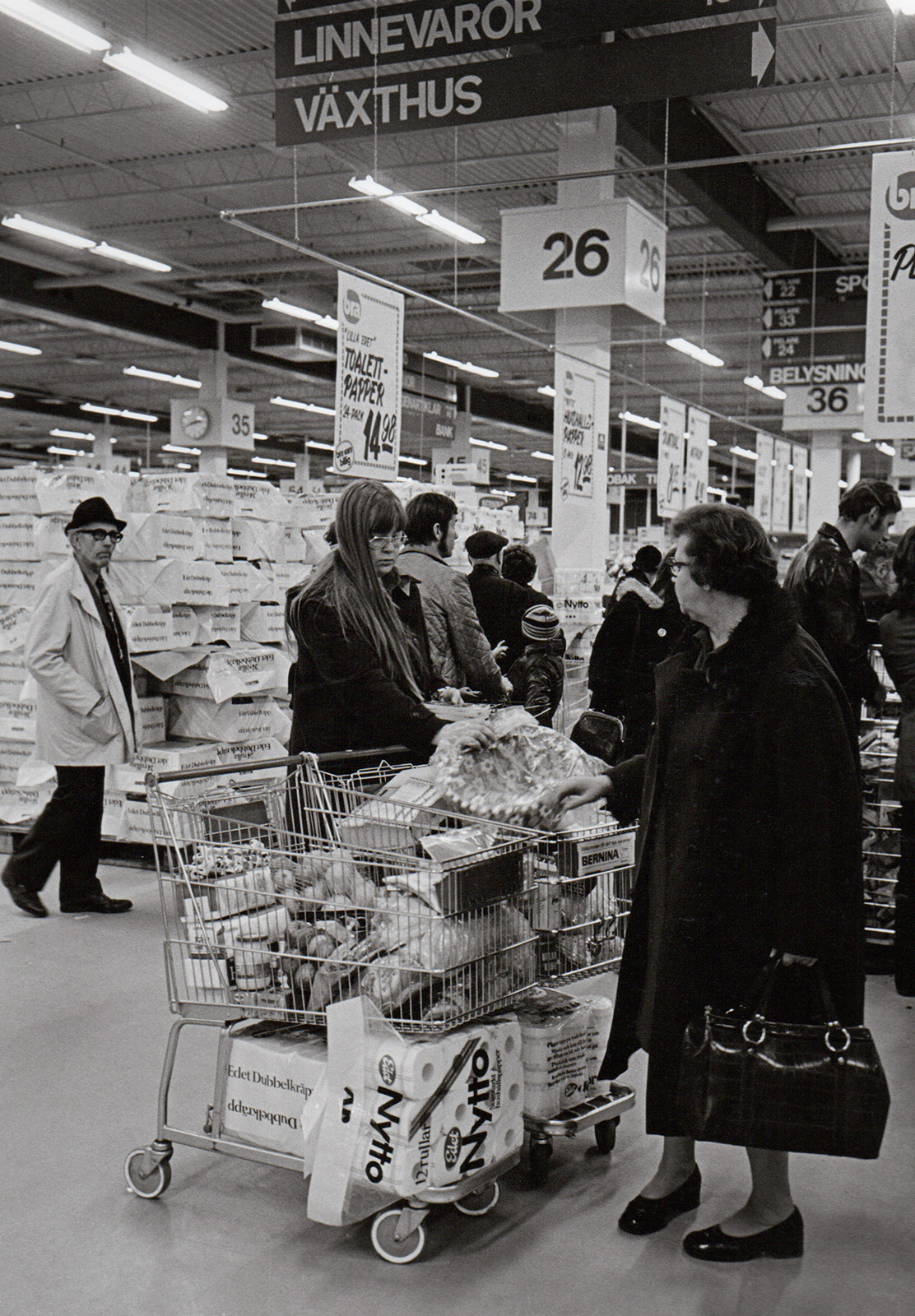 This photo made me chuckle. People are stocking up on big packs of toilet roll just like they were a few weeks ago when the pandemic peaked. Same behaviour, different reasons. I suspect this may have been the opening of a new (and very large) supermarket. 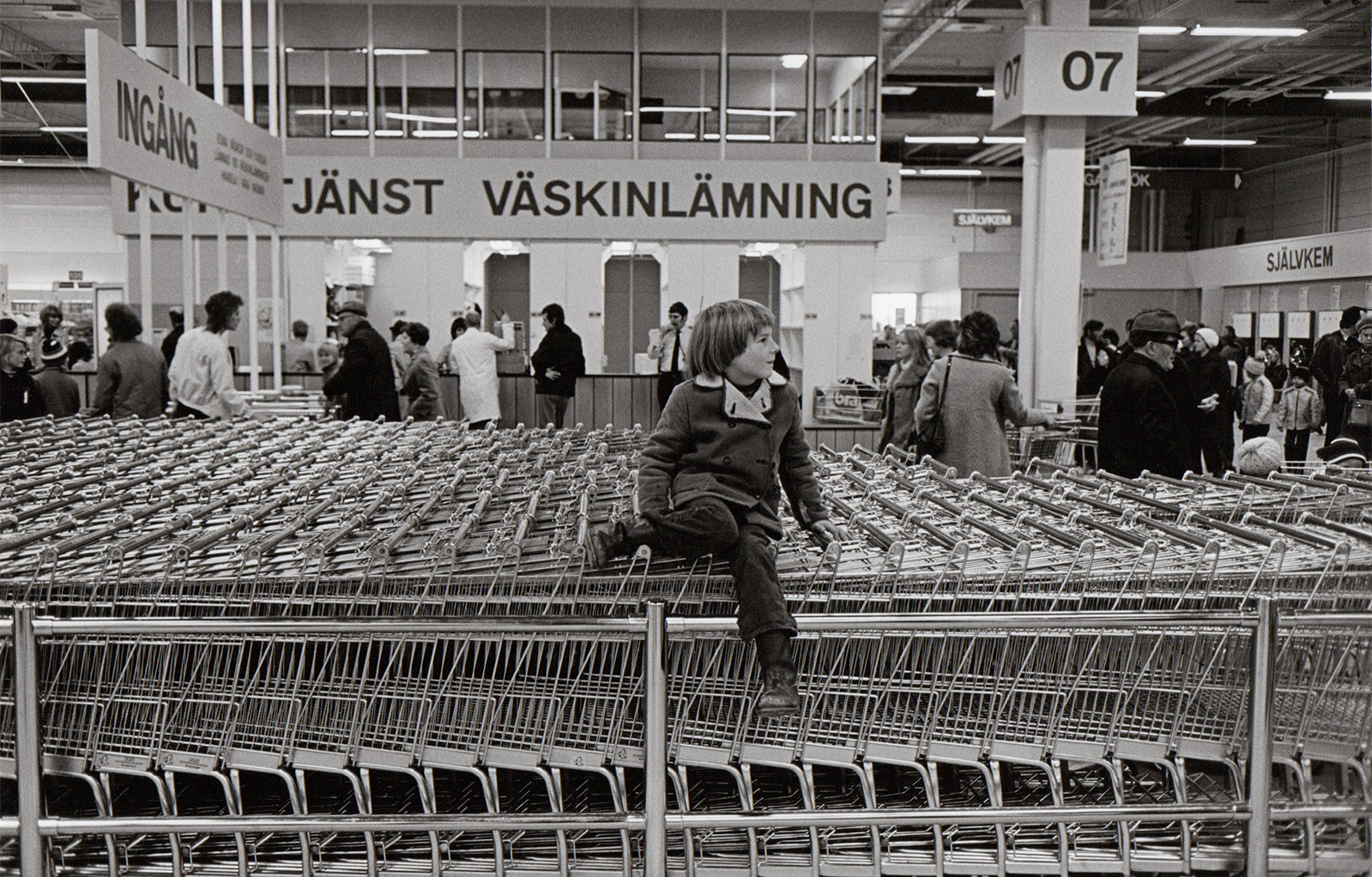 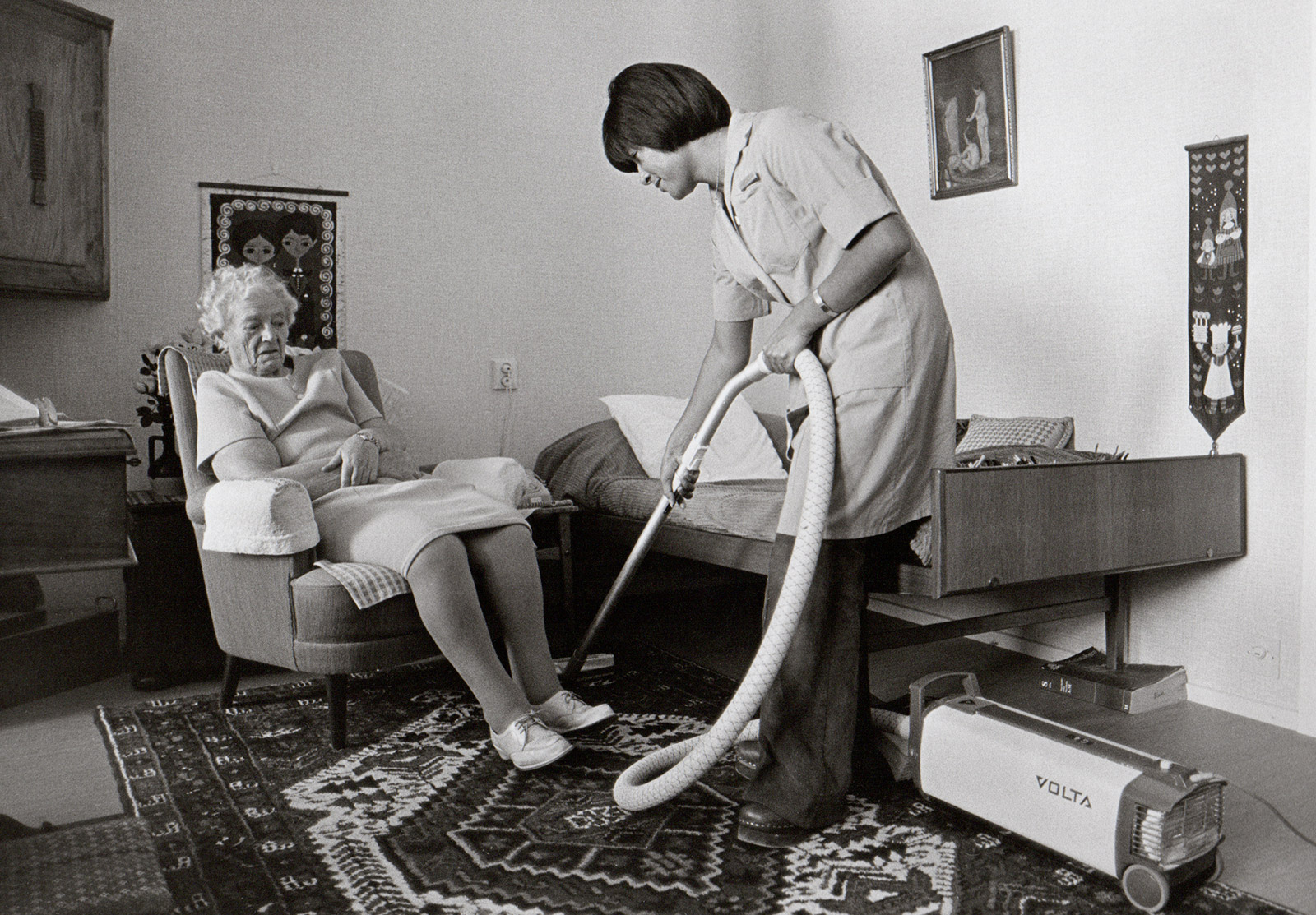 We are young
We want to work
UMEA Unemployment Committee

Right to work after study

A demonstration promoting social studies for adults and their right to work after study and school. The location appears to be Sergels Torg in early 80’s.

Finnish Christmas food. It looks like they ate Jansson’s Temptation (anchovies and potatoes in foil trays), casserole, meatballs and sausages. The pot at the back could be holding red cabbage or boiled potatoes.

So… I found myself with all these photos and no information about the photographer. Several evenings passed and my search for more information remained fruitless. I’m like a sniffer dog with research projects though — I get on the trail and don’t give up until I’ve found something. And eventually I did! Not as much as I wanted to but it’s a start. I’m hoping this post will serve as an online record of the press photographer Dan Anders Mangs for anyone else who comes looking for him.

My original plan was to contact Dan and ask him about his work, which newspaper(s) he worked for and see what he looked like etc. Sadly I discovered he passed away in November 2019 at age 75. I had a feeling this was the case because I couldn’t imagine a photographer giving up a large body of work dating back to the 70’s.

I found the address of an antiques warehouse connected to Dan’s name and discovered the business specialised in books. I originally asked the seller how he came to own the photos and he told me he bought a warehouse, so that connects the two dots. I imagine the warehouse was his focus after retiring from press photography.

Stockholm appears to be where Dan was born, lived, worked and laid to rest. And that’s all the information I have been able to find.

If you have any information about Dan Mangs (or these photos), I’d love to hear from you! You can leave a comment below or use the contact form to reach me.

Thank you to G & A for giving me some information about the demonstrations.

8 comments on “Dan A. Mangs (Photographer)”