I cast on the first stitches for Funchal Moebius all the way back in February. Nine months later, it’s finally finished! You better be cheering as hard as I am right now. I’m 50% happy with the outcome and 100% happy I’ve cast off and it’s ready to wear. The 50% happiness is mainly because I know I made a few mistakes along the way — knitting a fiddly project on the move (it came with me to Norway and Sweden) isn’t the easiest thing in the world.

Funchal Moebius is a tube with opposite colourways on each half and a line of purl stitches running up the sides for a neat fold. I’m not a fan of pink but I do like this colourway. They grey is a nice contrast. 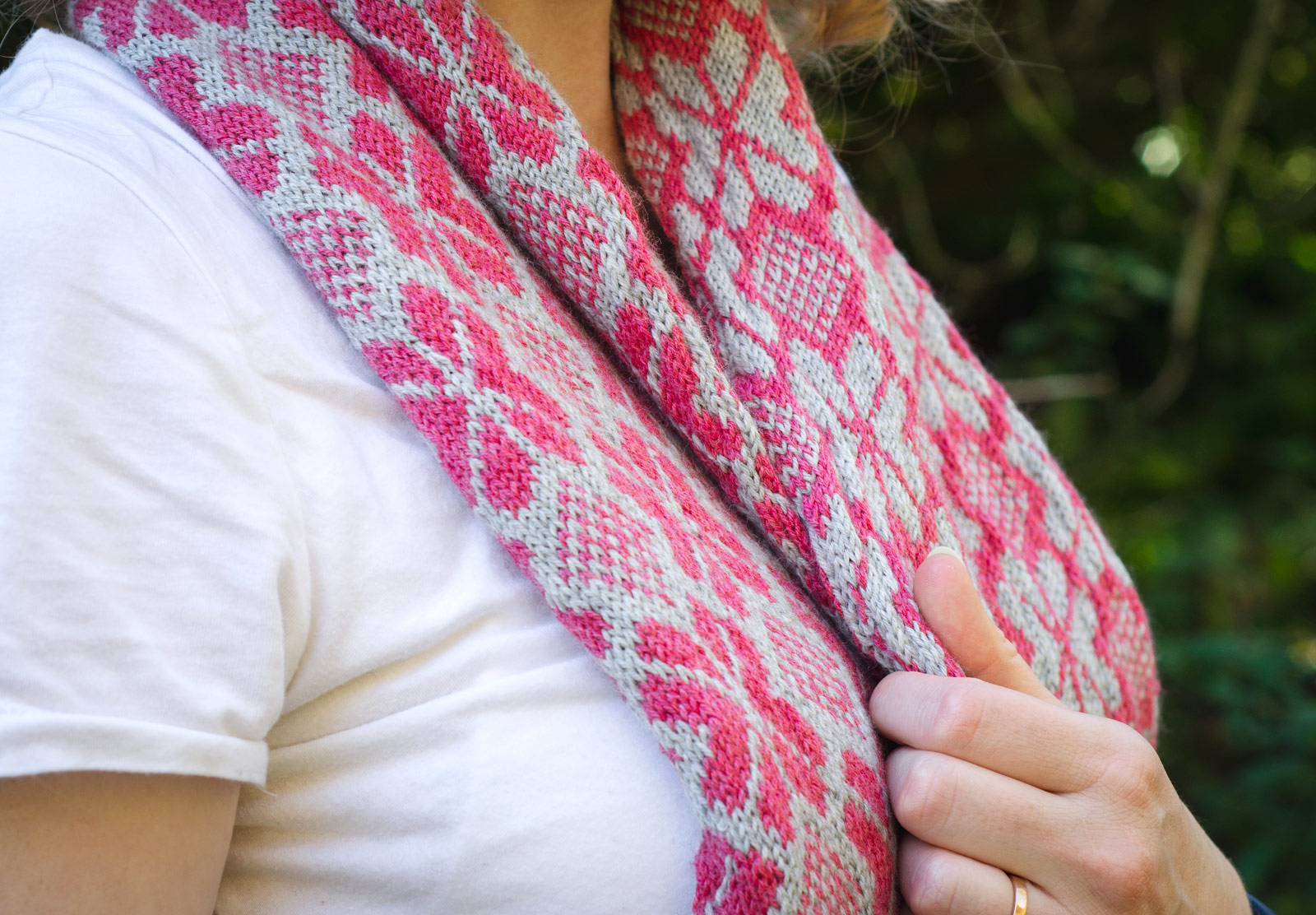 Stranded colour work is something I really enjoy but skinny yarn makes uneven tension more obvious. It’s only a subtle variation and most people won’t notice but I know it’s there — and your own mistakes are always more noticeable.

I usually graft stitches using the standard Kitchener technique but I stumbled across an interesting method called flat grafting which looks like it might be easier, especially for thicker yarns. I also discovered it’s possible to use just knitting needles for Kitchener stitch but I couldn’t make sense of the instrucions and avoided that. It was only going to result in swearing.

The pattern mentioned twisting before grafting. I was confused at first but it means the scarf hangs better and opposite colourways are grafted onto a single side (rather than grafting pink and grey to a pink and grey side). So if you are confused, that’s why.

We lost two family knitters in 2018 and I feel a bit sad neither of them are here to see this finished. One of them taught me how to knit when I was small and the other helped me get started again after a long break. Both always took a great deal of interest in my wooly endeavours.

On a positive note, I can finally move onto another project now this one is finished!