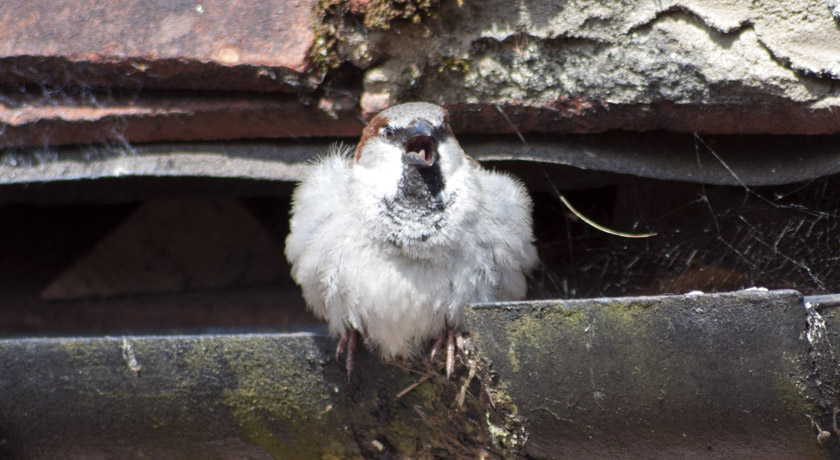 During the last couple of weeks we’ve seen some new garden birds appear. One evening Scott noticed swallows were circling the sky above our house and within a few days they started building a nest in the apex of our roof. There was a very small amount of mud left from a nest last year so they had alot of work to do. 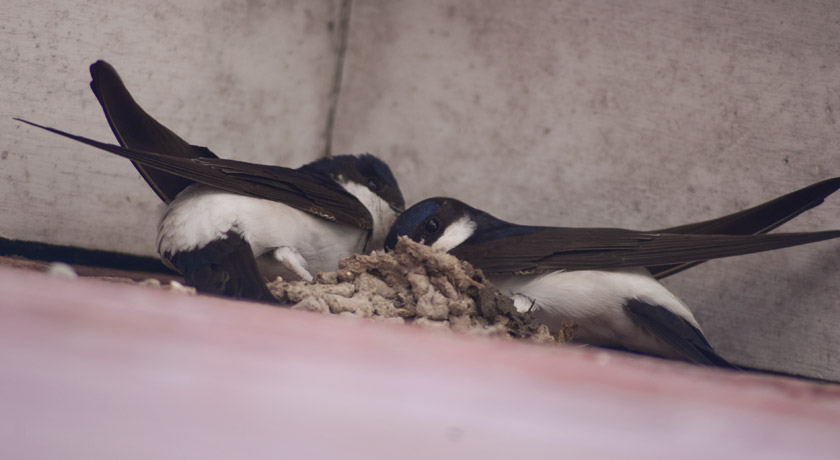 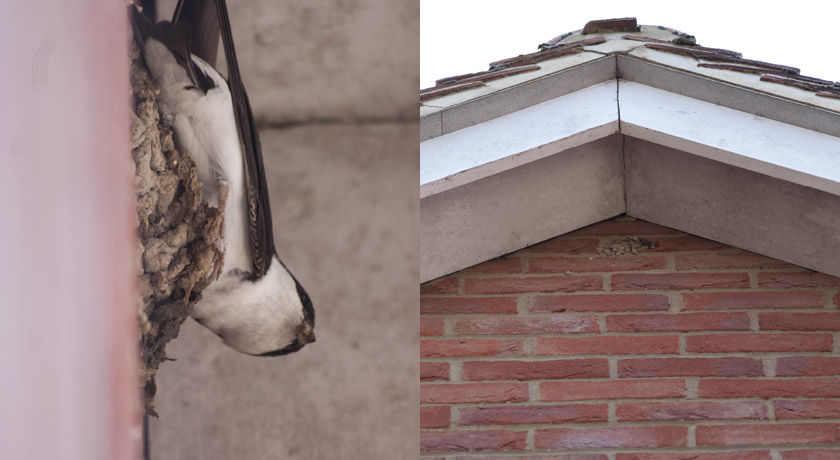 The house sparrows still seem to be taking bits and pieces into their nest. This one enjoyed sitting on the roof with a feather in its mouth. Made him look like he had a proper handlebar moustache. 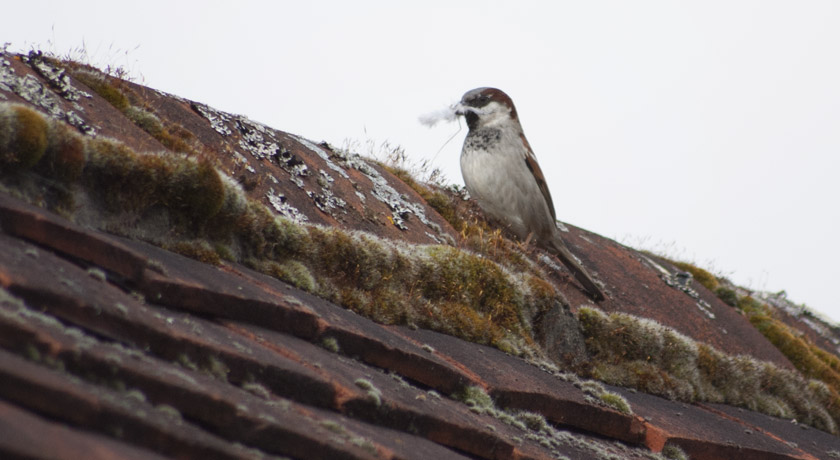 There is one really noisy sparrow (I think I’ve complained about him before). He starts early in the morning, puffing himself up and chirping for most of the day. We wondered if he’s calling for a mate? If he is I think she’ll be a little disappointed when we reverts back to his skinny self. Or the other option is that he’s just barking mad.

We now have greenfinches. They were very nervous at first, conscious of any movement in the garden and only sitting on the feeder for a few seconds before flying away. But they’re getting much more confident. They feed for a few minutes at a time and occasionally land on the fence above me when I’m gardening. 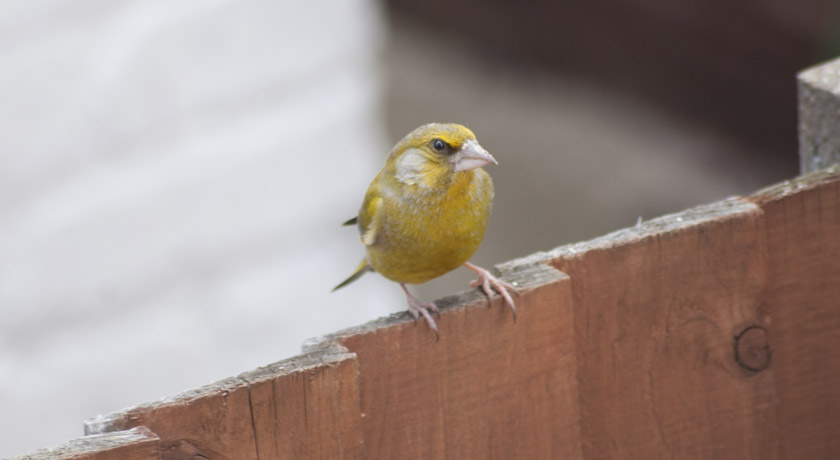 This Great tit has his own way of doing things and likes to hammer sunflower seeds on the fence. Occasionally it holds the seed with its feet and eats the contents of the husk (below). 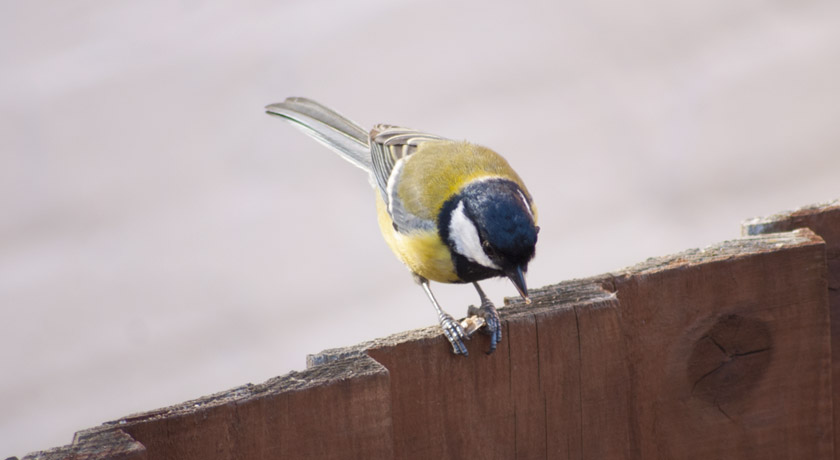 When it finally stopped raining we put the window feeder back up and it didn’t take long for the blue tits to find it. They enjoyed polishing off the last of the fat cake, stuffing their beaks with it and flying back to their nests. 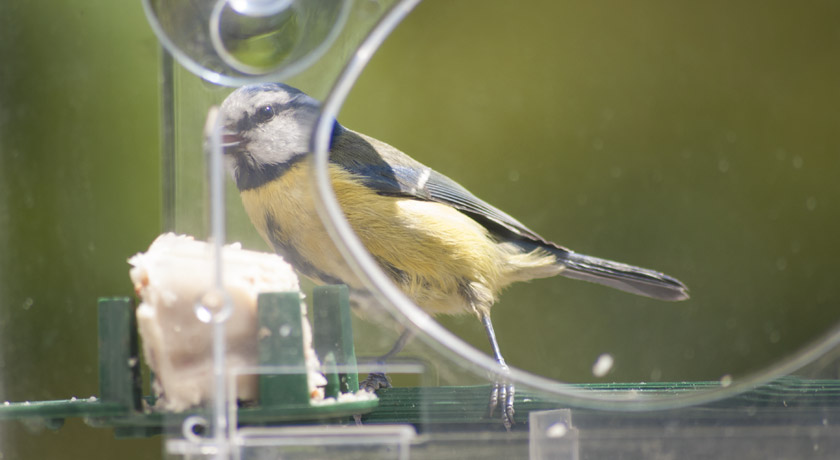 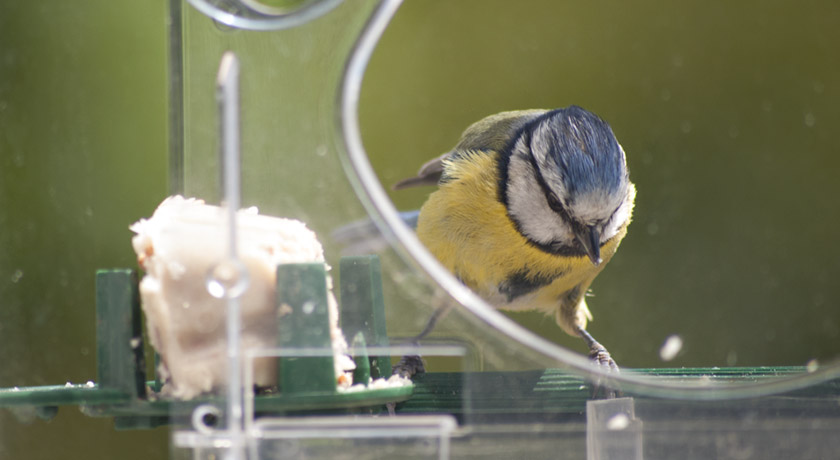 I’m hoping we will see some fledglings soon!