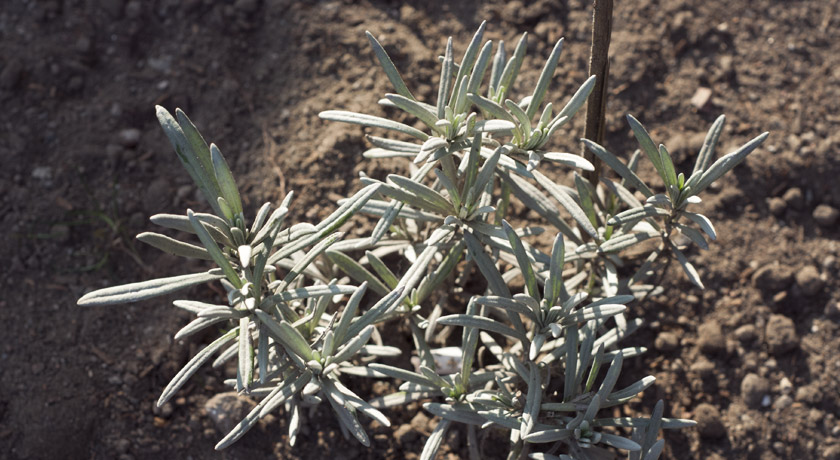 You know Spring has officially sprung when you start seeing insects in the garden. I think the warm weather we’ve had over the last week has coaxed them out from hiding. 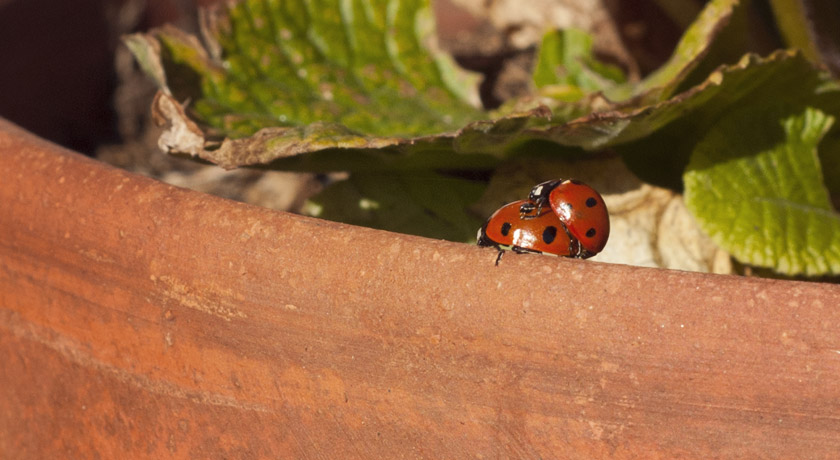 We built our raised beds a few weeks ago and only thing holding us back from planting was a lack of compost and soil. On Tuesday it finally arrived! We ordered 20 x 80L bags of compost and 20 x 35L bags of top soil from the Compost Centre. It was ALOT of soil!! It was pretty barganious – an 80L bag of organic compost for £2.80 (compared to a non organic 60L bag for £4.99 from Homebase). Now we have enough soil in the front and back garden we get start planting! 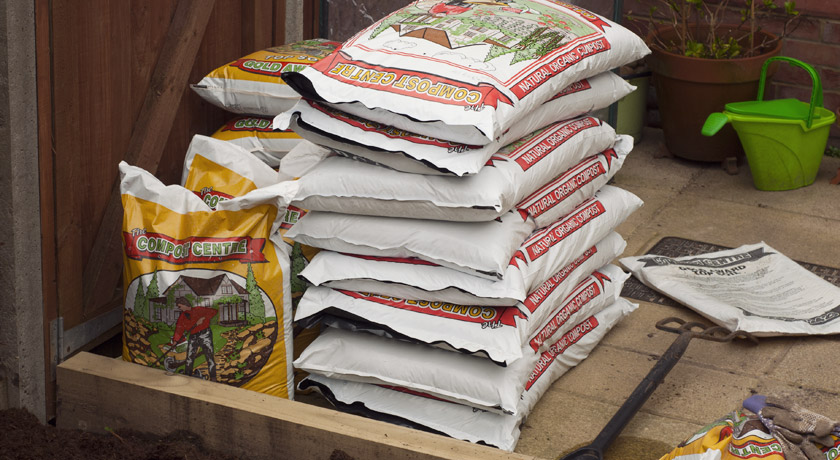 After several hours of digging, the raised beds were full and the front garden had a fresh layer of top soil. The soil we did have in the back garden was a thick layer of clay so I spent quite a while breaking that up and digging the compost in. Next week I’ll be planting seeds – salad leaves and spinach will be the first in.

These pink primroses are troopers, I’ve not had to do any deadheading since I planted them in January.

Our cyclamen now has pink spots all over it. I had the same markings appear on the hydrangea petals last year but have no idea what causes it. Does anyone know?

The daffodils are out. It feels like ours have taken forever to flower compared to everyone else’s. They are the Narcissus variety and I love how compact they are.

I’ve been saving the cardboard boxes from our weekly veg box for indoor sowings. Once the seedlings are big enough I’ll transfer them outside, plant the boxes directly in the ground and they’ll degrade. I got this tip from the Riverford newsletter a while ago. 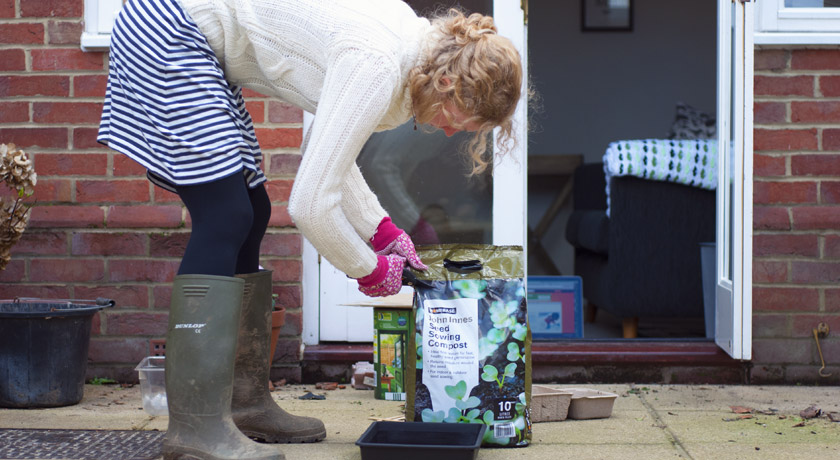 Our bathroom is starting to look like a nursery… 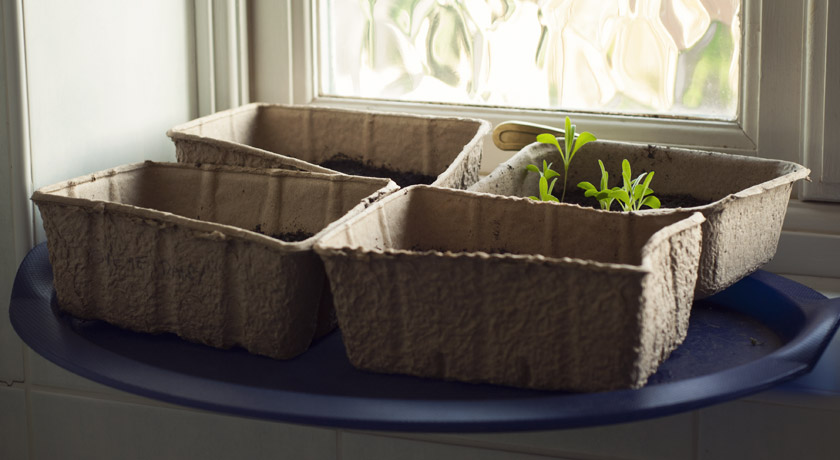 These cornflower seeds are really unusual and are the only seeds I’ve sown that don’t look…well…seed shaped.

I’m hoping the garlic (right, below) is being as productive under the soil as it is on top. The shoots are now over 30cm tall. The rest are planted in the ground and I have to resist the temptation to dig around to see what’s going on.

We gave our diseased crab apple tree a drastic haircut during the Winter and we weren’t sure if it would do anything this year. Things are looking good because it’s covered in green shoots, hooray!

I was putting the top soil in the front garden today and I noticed fresh shoots in this lavender. I thought it looked beautiful in the sun.

We’re in need of some more plants. It’s amazing how many you need to fill a relatively small garden – although it’s starting to feel nice and roomy in the back now we’ve had a sort out and the raised beds are in. Does anyone have any favourite cottage garden plants? Or favourite plants in general?

In other news my wrist is starting to feel better and I’ve managed to complete a couple of small crafty projects – to be blogged about soon.