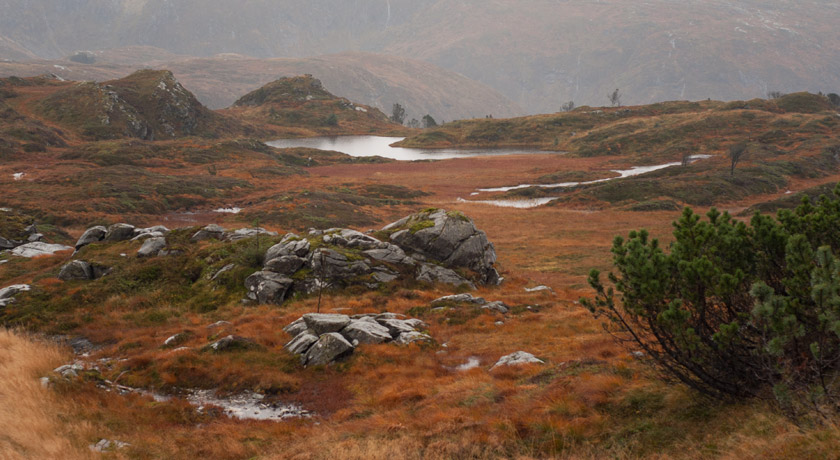 After our hike up Sandviksfjellet we were hungry for more adventure. Our second hike started on Fløyen, one of the seven mountains surrounding Bergen city centre. We picked up essential supplies (sandwiches and cake) from Godt Brod and boarded the Fløibanen funicular. It only took about 5 minutes to whizz 320m up the 425m mountain. 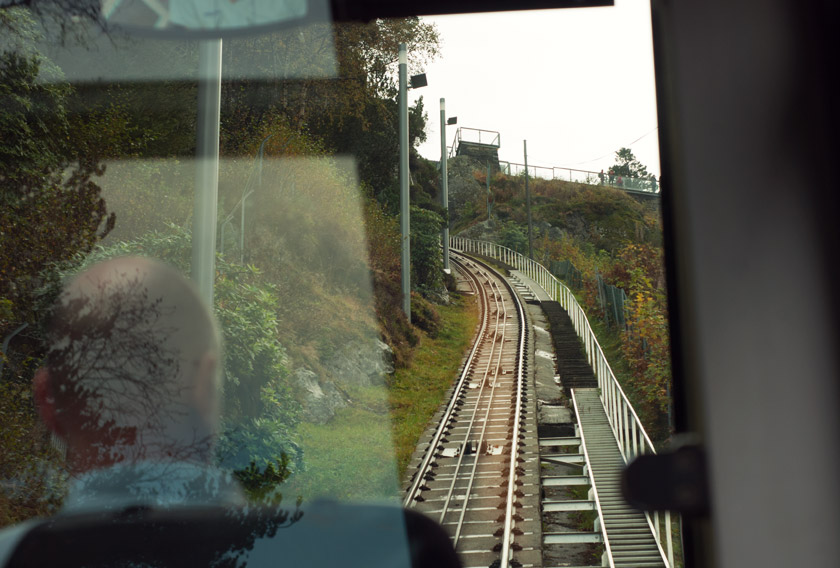 Although the view from the top was fantastic we didn’t stop for long because there were quite a few people posing for photos and we had a long hike ahead of us. The plan was to walk across Fløyen, onto Rundemanen and then back to the centre of Bergen. 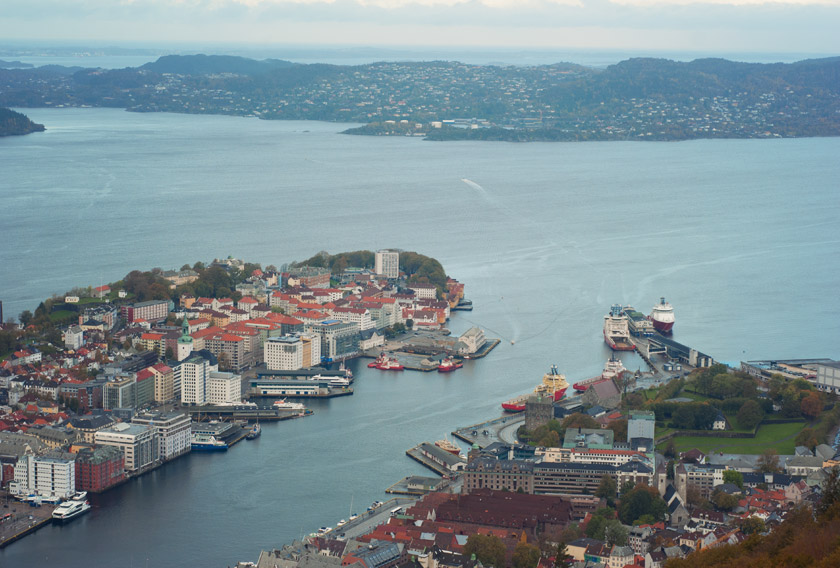 Our Fløyen journey began in mossy woodland. The trees and ground were covered in soft springy moss with streams running underneath, it was actually quite eerie at times. 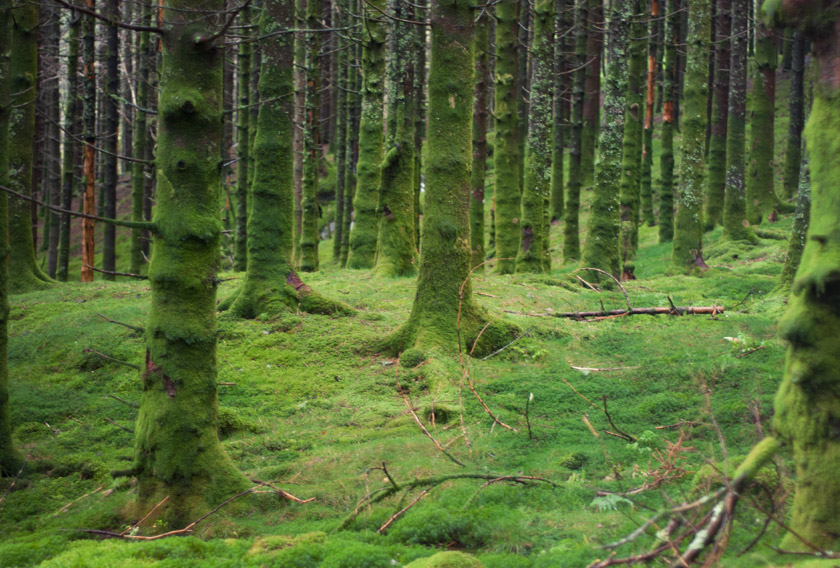 The weather forecast for the day wasn’t great so made sure we were fully waterproof; coats, trousers and shoes. The other hikers we saw had the same idea and we quickly learn’t that rain doesn’t put the Norwegians off anything! Weather on the mountains is very changeable and it wasn’t long before a patch of drizzle moved in and mist was hanging round the trees. It sounds miserable but it was beautiful and really peaceful. It helped that we were nice and dry in all our gear. 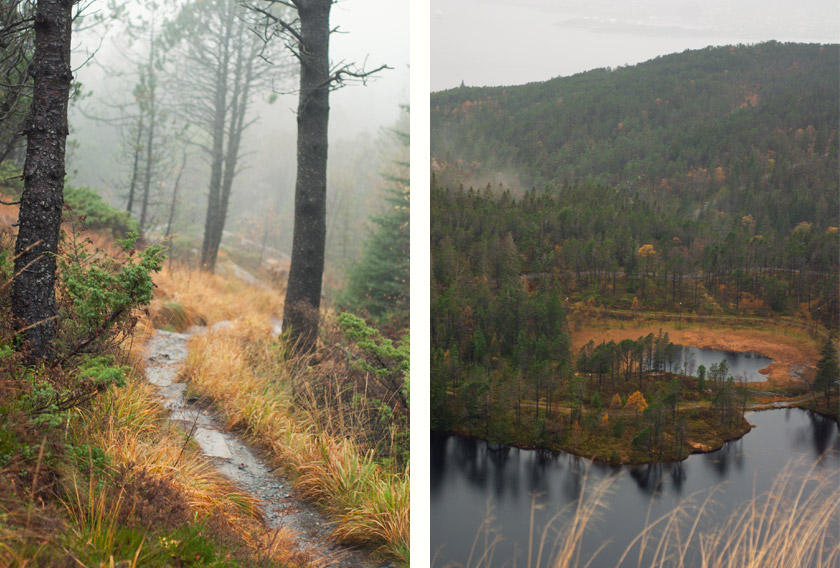 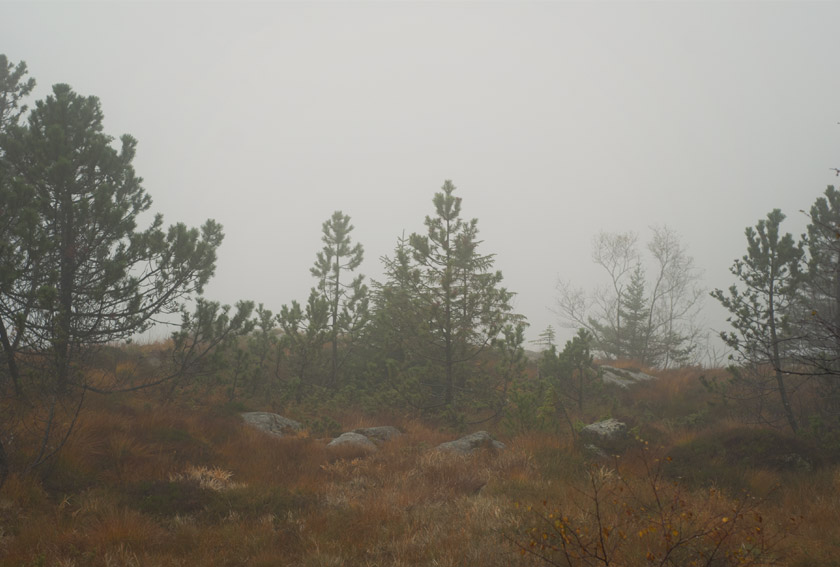 The scenery on Rundemanen was one of the highlights of the whole trip for me; the colour of the landscape was amazing. It was breathtaking and completely surreal with mountain stretching for miles and miles in every direction. You don’t realise you’re such a tiny spec on the planet until you visit somewhere like this. 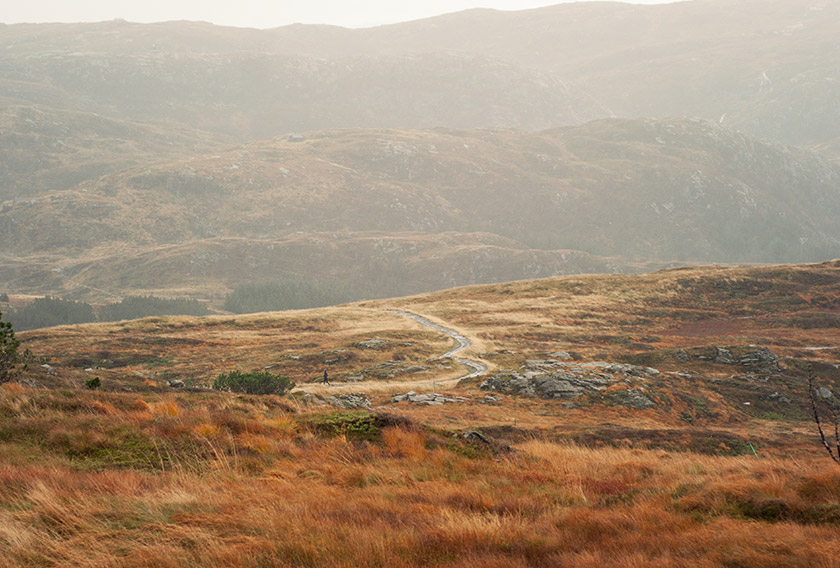 We walked along mountain tracks for a long time without seeing anyone. Eventually we bumped into two cyclists who had mountain biked their way up, looking like they’d barely broken a sweat. They assured us we were on the right path and we carried on. 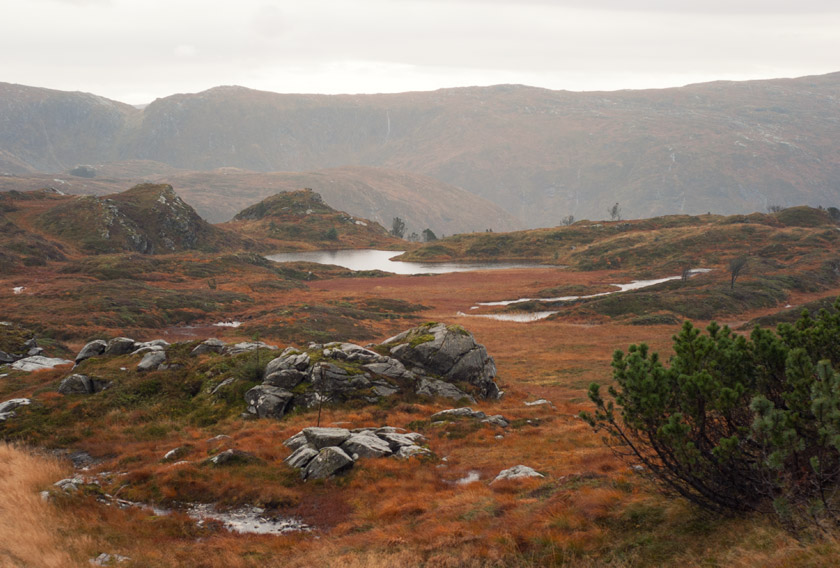 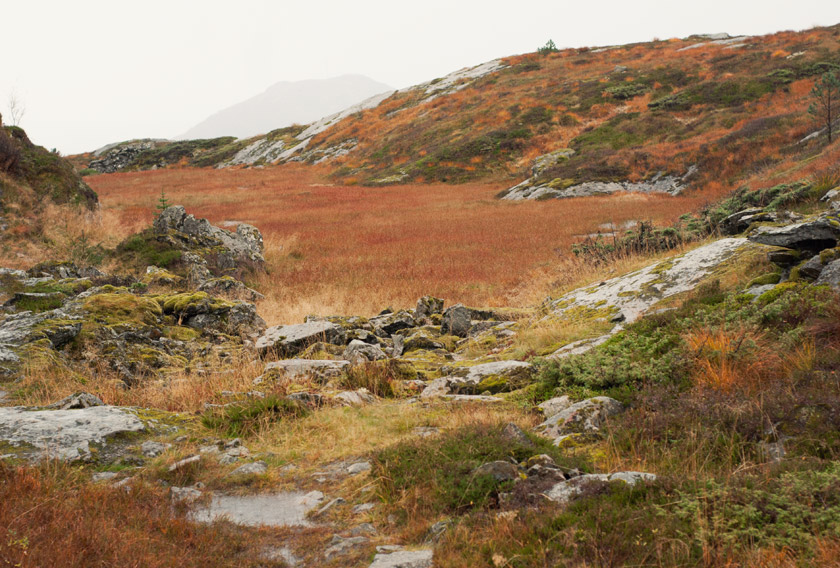 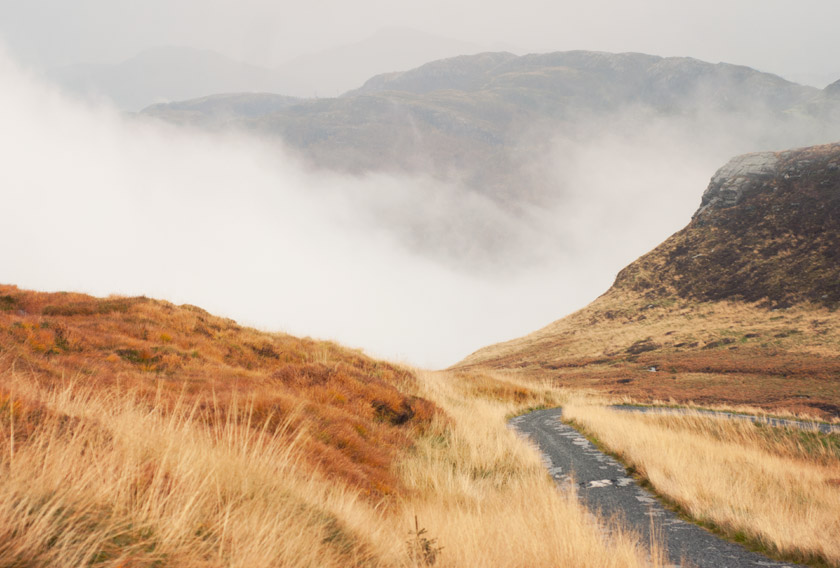 About half way down the mountain we joined a shingle track in the woods. Although still miles away from the city centre, that track made is feel like we’d reached civilisation again. We declared it lunchtime and hid in the trees to stop our sandwiches getting rained on. 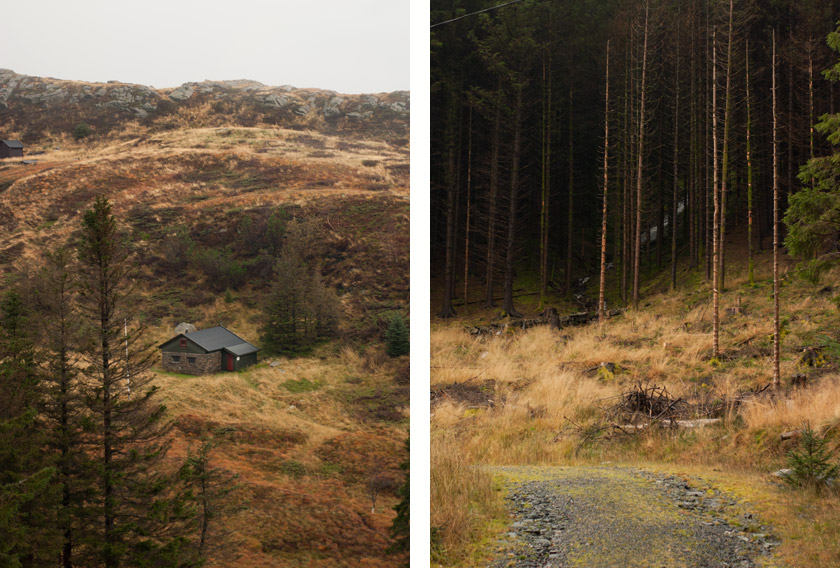 There was one test of character on that walk – continuous rain on the top of Rundemanen. The rocky paths had turned into small streams and our hands were flipping cold because our gloves weren’t waterproof. The rain had also started to penetrate my bag and I was getting worried my celebratory cinnamon bun was going soggy. But the promise of a delicious sandwich laden with garlic sauce, cheese and salad kept our spirits high. And just when we thought we might actually be mad, more hikers appeared. I declared us all troopers. Fantastic day!

More hiking from our trip

4 comments on “Hiking in Bergen: Fløyen to Rundemanen”