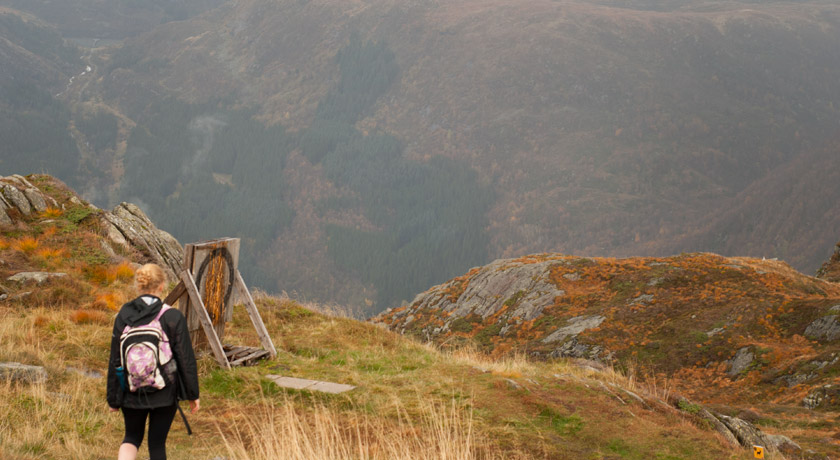 I’ve saved our biggest holiday hike until last. Ulriken. At 643 metres above sea level, it’s the highest of the seven mountain surrounding Bergen. Our hikes up Sandviksfjellet and across Fløyen and Rundemanen were a good warm up and we were ready for this beast. The weather forecast for the day was good (no rain!) so we loaded our bags up with snacks and took the number 12 bus from Bergen centre up to Montana. Well almost, the bus started smoking half way up one of the hills so we figured it would be safer to get off and walk the rest of the way. When we got to the foot of Ulriken we followed a rocky path onto the mountain. 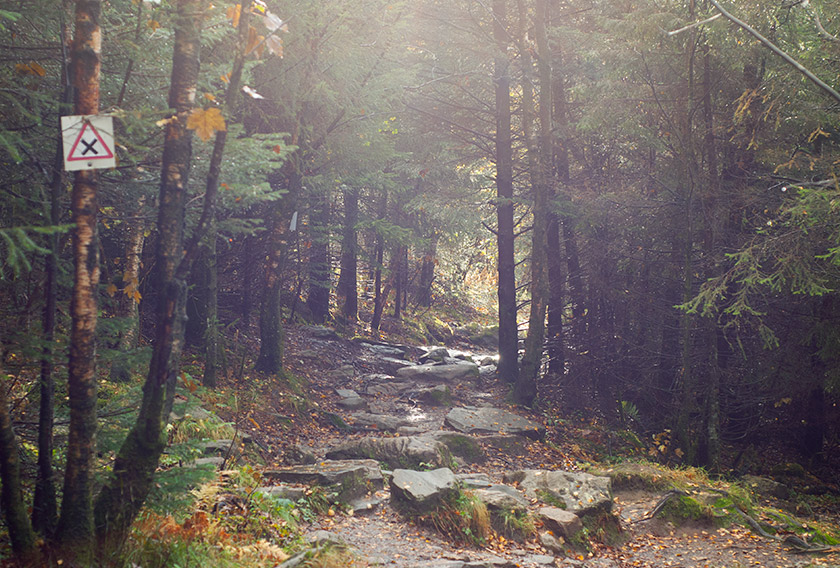 The rocks and ground were covered in moss and we could just about see the sky through the tree cover. In places we couldn’t tell whether we were walking through a shallow stream or on a wet path. 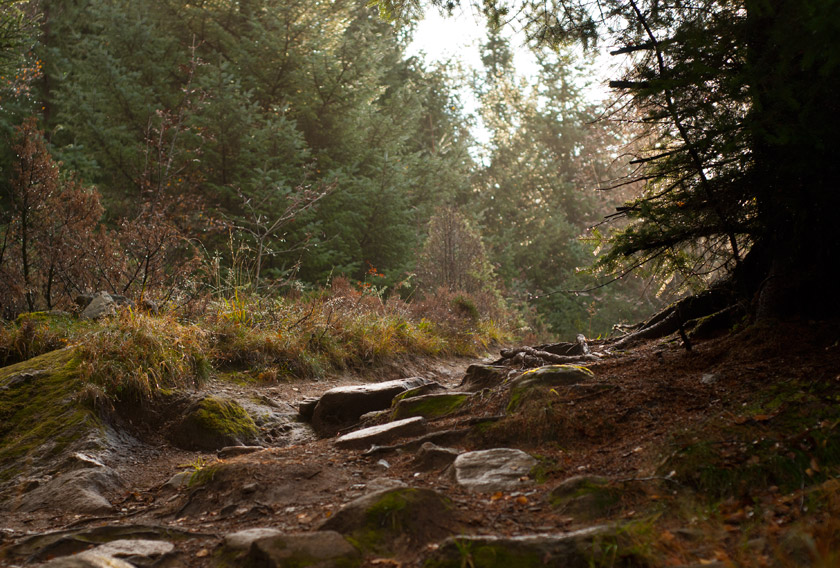 We spent a lot of time scrambling up large rocks! 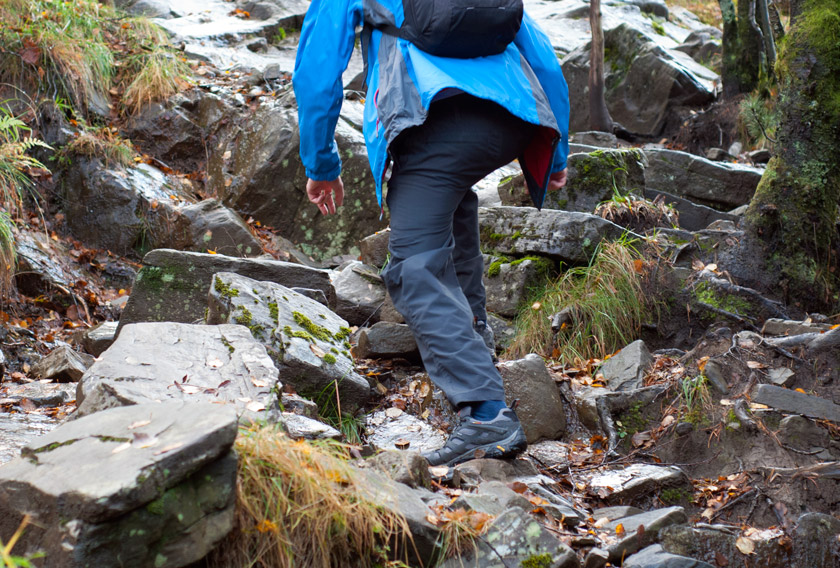 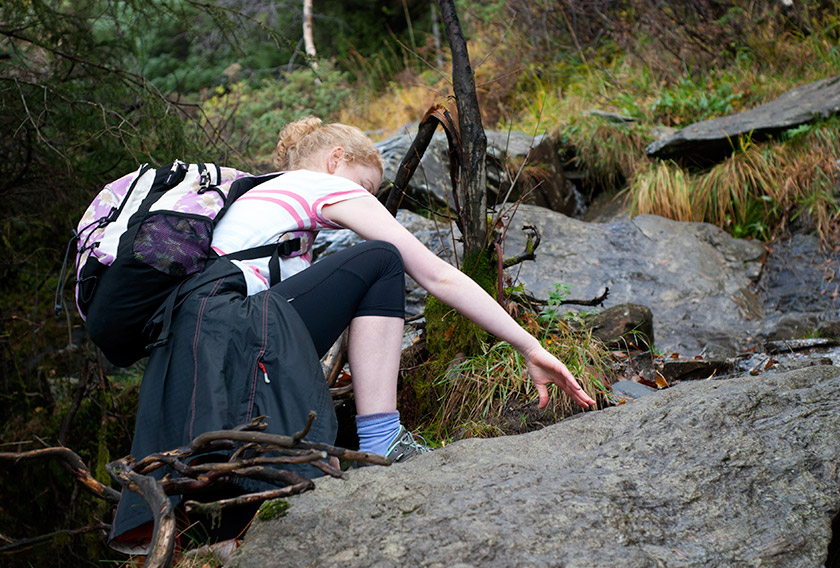 It didn’t take long for us to get through the trees into the sunshine. Yes, sunshine!! If you’ve been following my other Bergen posts you’ll know this is the first sunny photo I’ve posted. 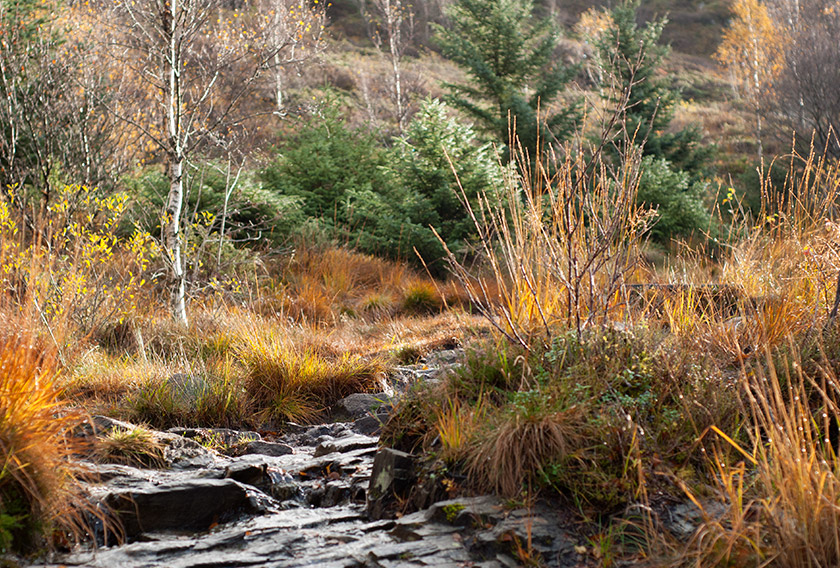 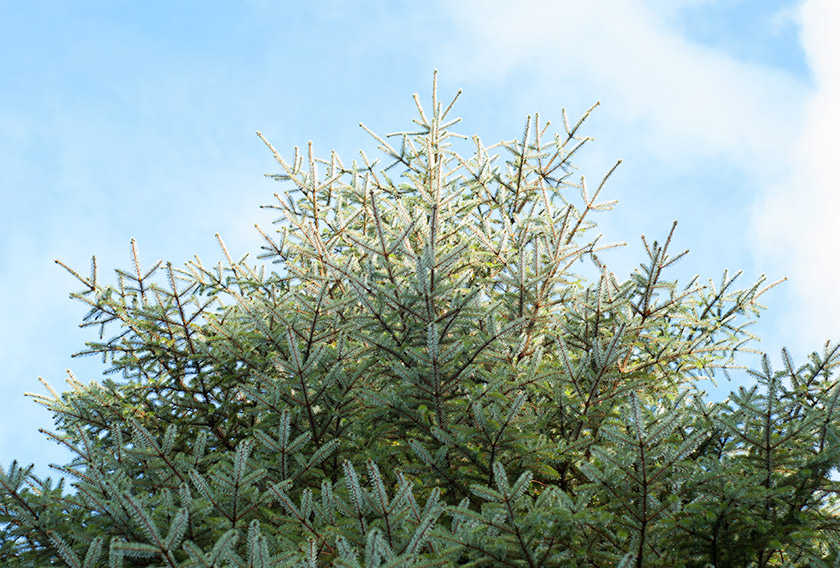 The scenery got more and more beautiful. 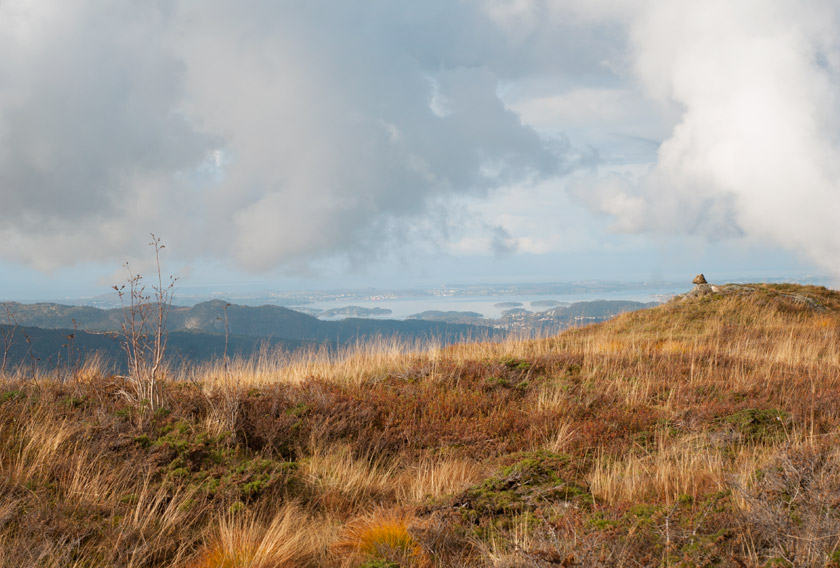 And then Ulriken decided things were getting too easy and threw this in our path. These rocks were the only thing between us and the summit (and lunch). 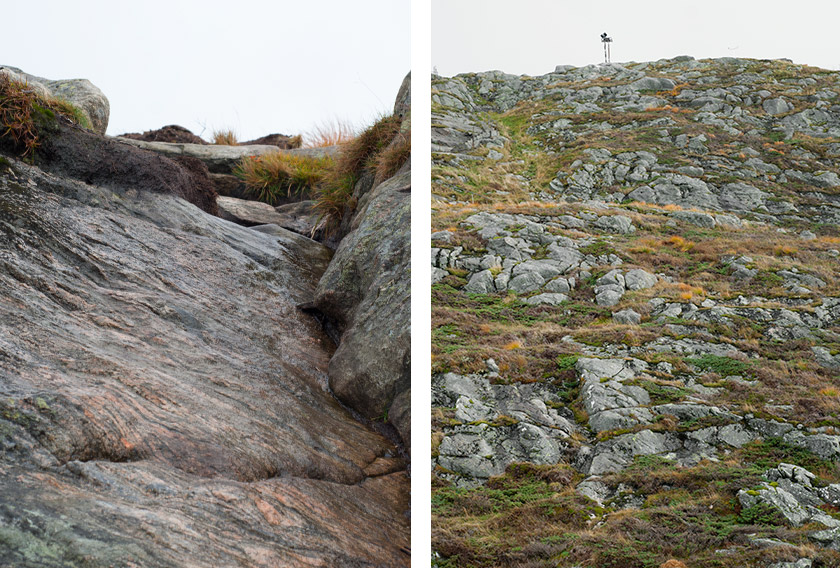 The climb was totally worth it and this is my favourite summit view of all the mountains we climbed on holiday. The views were amazing! I could have sat there all day but after 15 minutes the clouds started rolling in so we made a move in case the weather turned. 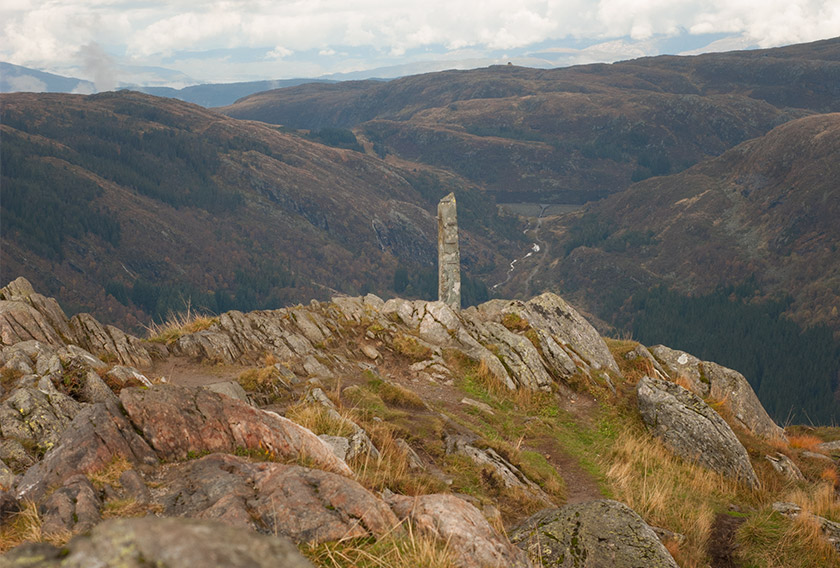 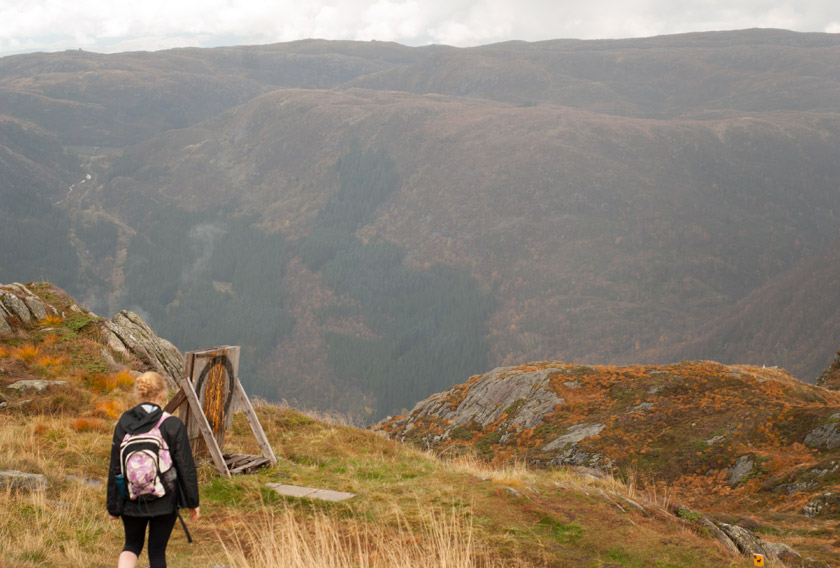 Most people seemed to walk back down the way they came up. We weren’t confident about getting back down the rock face so we took an alternative route not realising it was the steepest way down! We got unlucky too because it started to rain and turning back wasn’t possible because everything was really slippery. We actually ended up on the other side of the ledge in the photo below. Not a route for the faint hearted or those with a fear of heights. 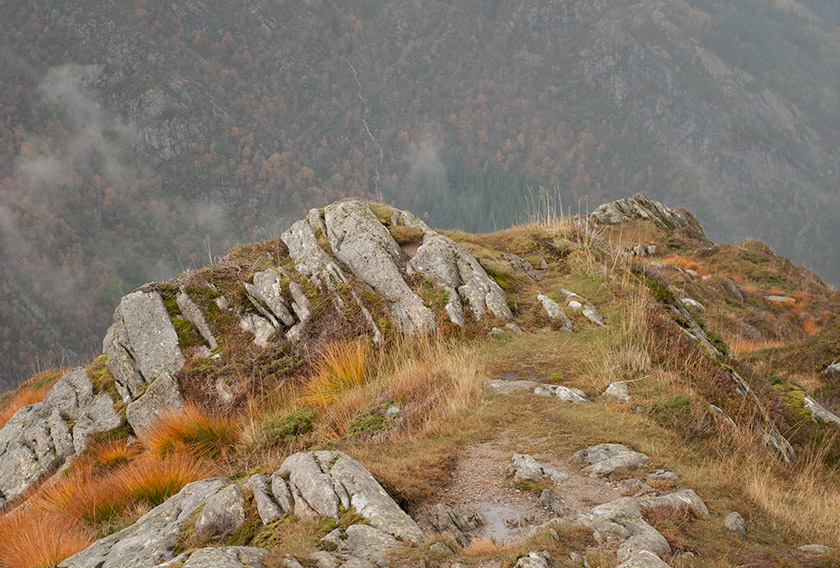 It was probably the wrong point in time to share some Gemma optimism, that if we did fall off, “at least we wouldn’t go out on an empty stomach”. I stopped taking photos after that. The trail was steep and wet and we had to really concentrate. It helped to hold onto something; a rock, slimey tree branch, even a piece of soft fluffy moss felt comforting! 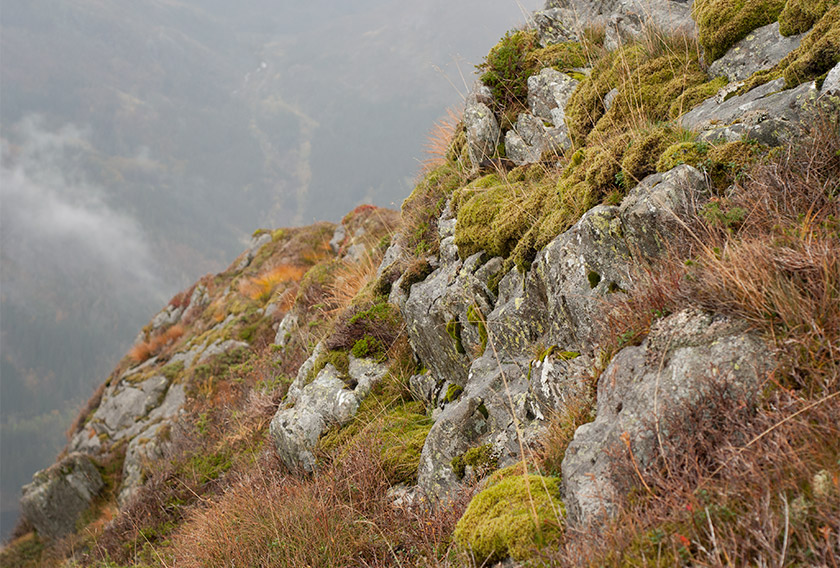 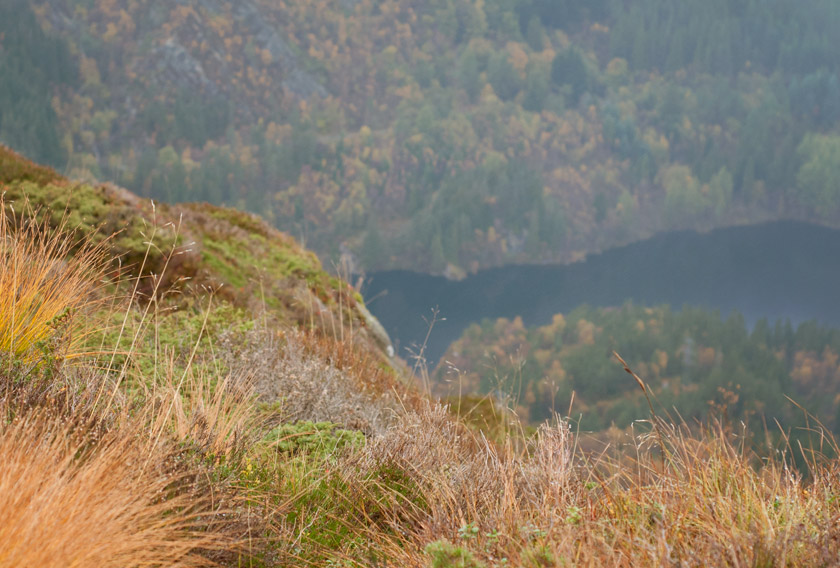 After hours of slow, careful hiking we caught a glimpse of the most beautiful sight in the world. A path! 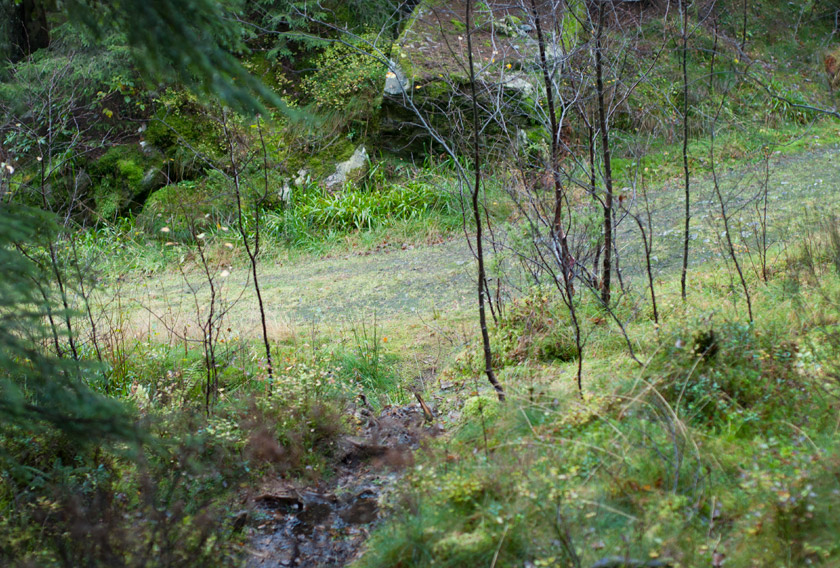 Shortly after landing on the track we bumped into the man who took our photo at the top of the mountain. He told us he’d lived in Bergen all his life and never attempted that route down. After that, Ulriken was a bit kinder to us. The trails flattened and the sun came out again. 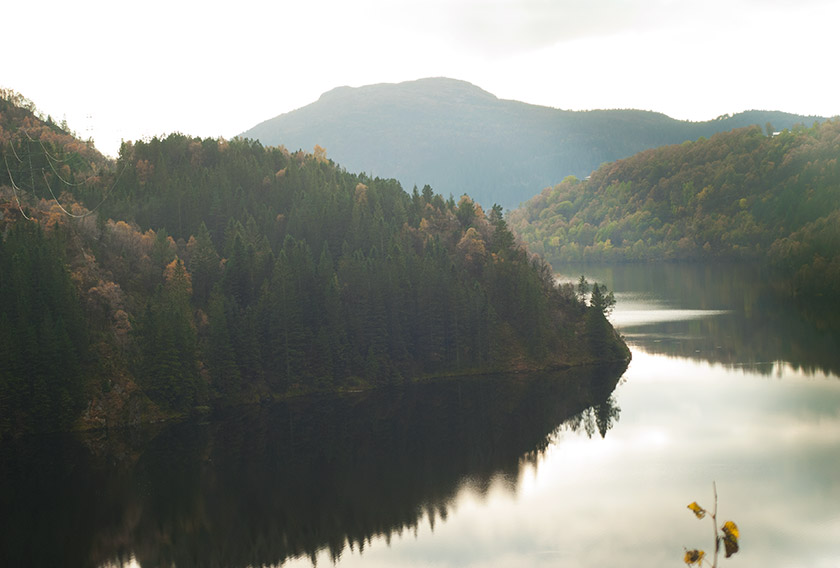 And we experienced a beautiful rain shower! 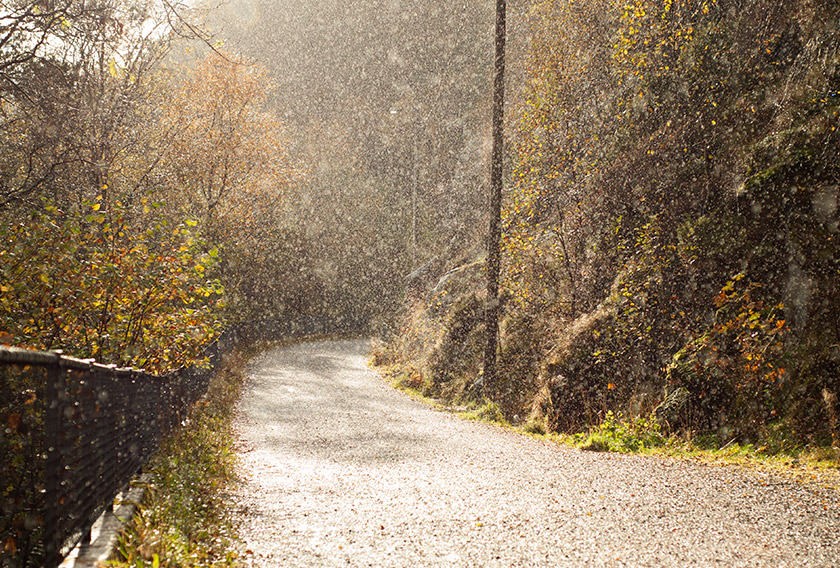 Once off the mountain we had a 50 minute walk back to our hotel where homemade brownies were waiting for us (they served them all day for free). I was really proud of what we achieved. Going up was brilliant but there were a few brown trouser moments on the way down. Truth be told, if we’d known the path down was that steep we probably wouldn’t have taken it. It was scary and exciting in equal measure but given the chance I’d do it again – minus the unexpected rain. That night we fell into the thai restaurant a few doors down from our hotel and stuffed ourselves with thai food and beer before conking out in our room.

Our holiday to Bergen has left me hungry for more mountain adventures! Oh and a little cabin tucked away in the alpine trees. Might add that one to my Christmas list.

More hiking from our trip

3 comments on “Hiking in Bergen: Ulriken”