We survived the night before and so did the dead tree. It was a sunny morning and we unzipped the tent for a while to enjoy some cool air blowing in off the water. 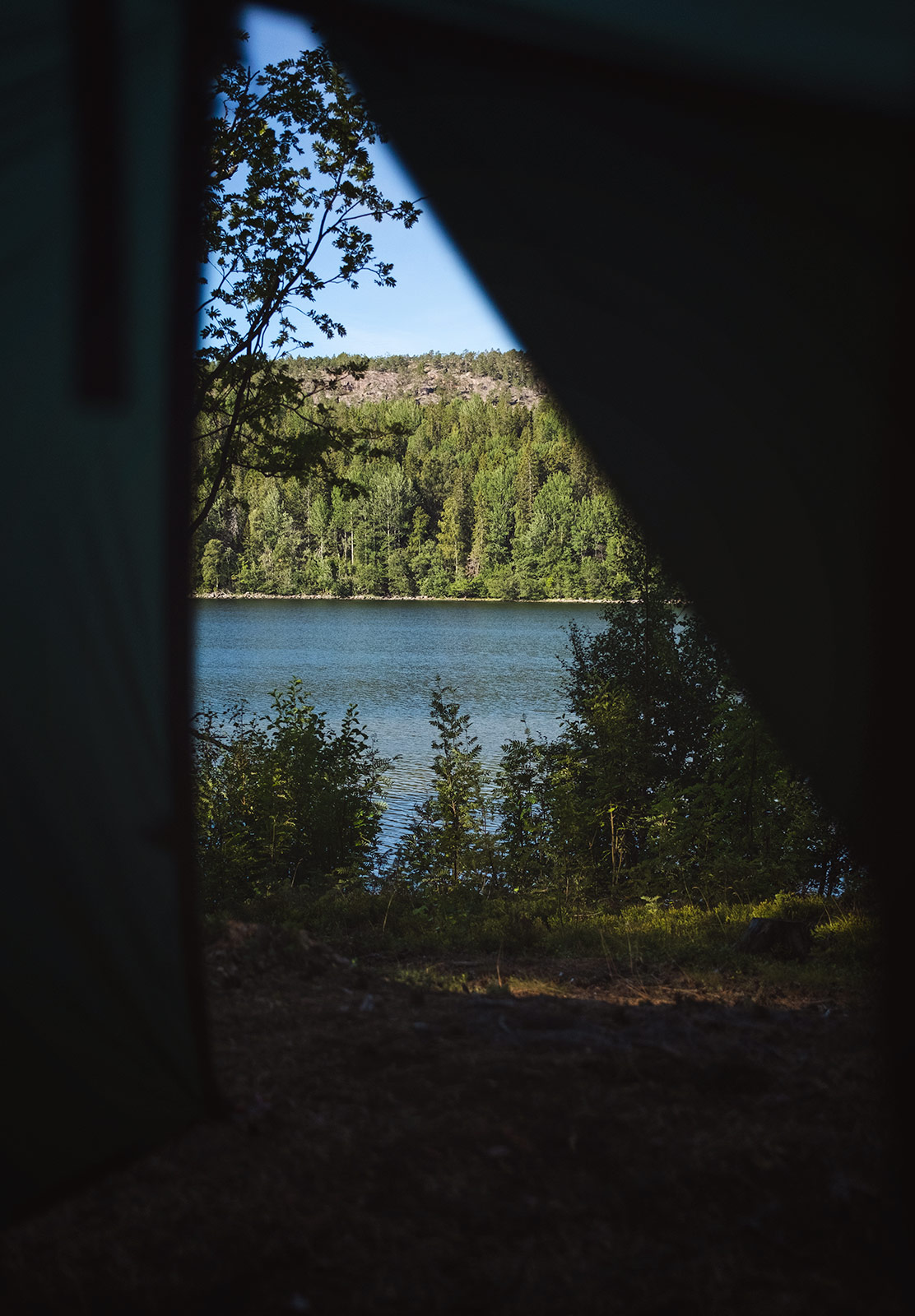 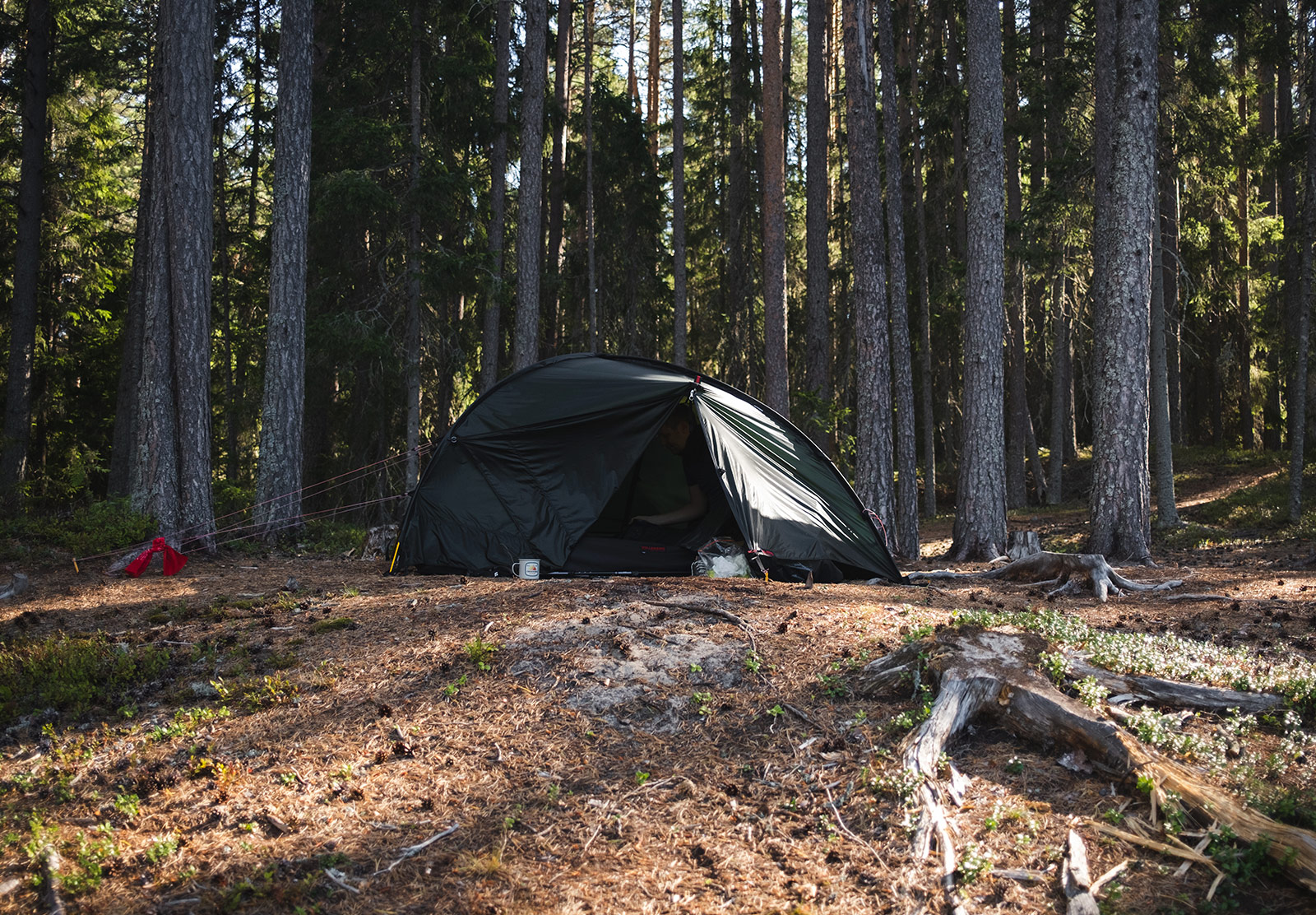 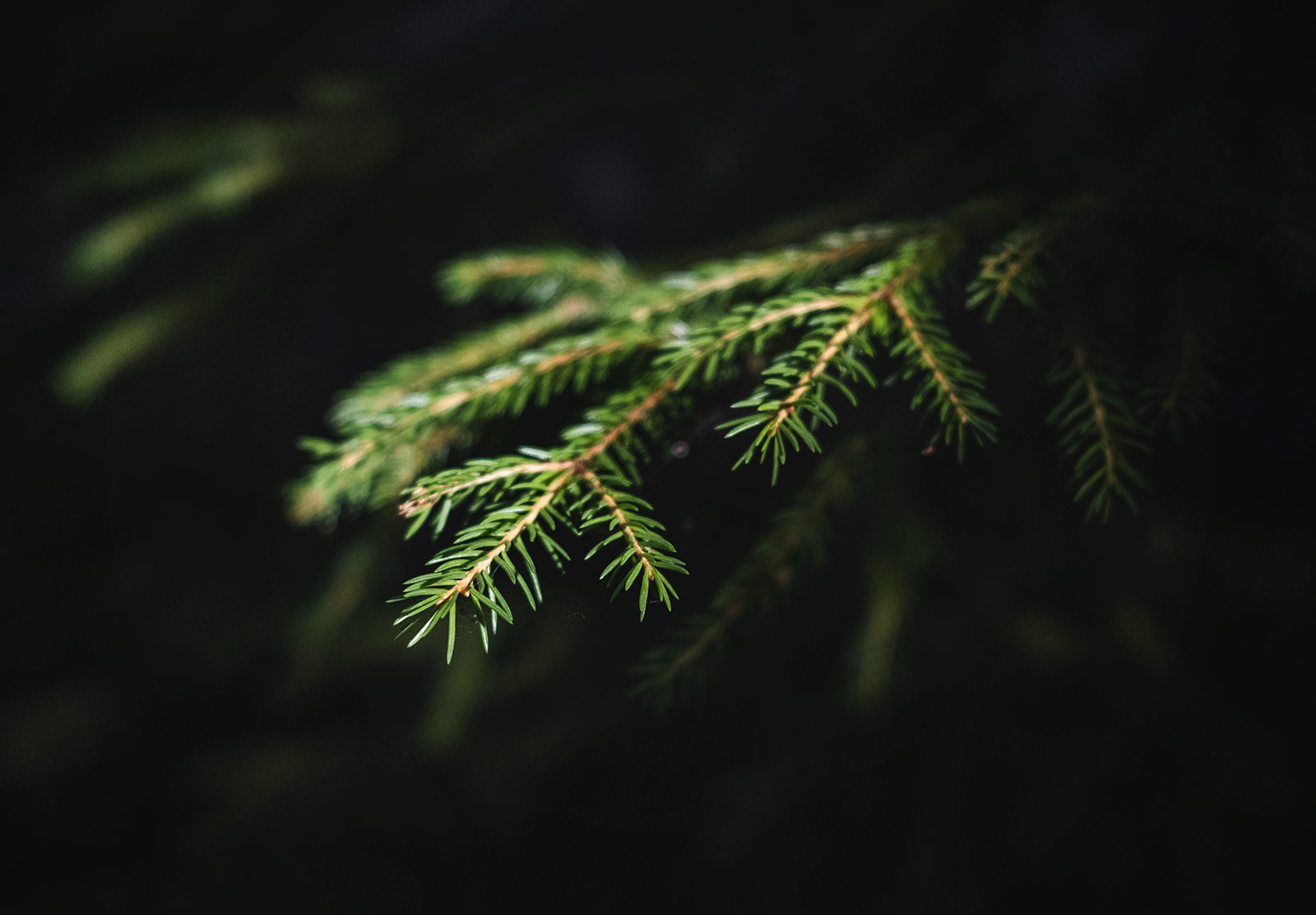 The family staying in the cabin had already gone by the time we surfaced; we were the only people left at our end of the islet. We boiled water for rice pudding with strawberries (by Summit to Eat) and stuffed trailmix in our mouthes — I finally got to the chocolate chips that had been sinking to the bottom of the bag all week.

With the camp area clear, we were ready for more adventures as we hiked up to Tärnättvattnen. Part of this journey was a very steep canyon filled with large boulders; it was a hot and sweaty climb but I loved the technical aspect of it. A man with a dog greeted us at the top (Tärnättgrotten) and he was trying to decide whether carrying it down would be possible. We said no. Thankfully he decided against it after surveying the slope and turned back. 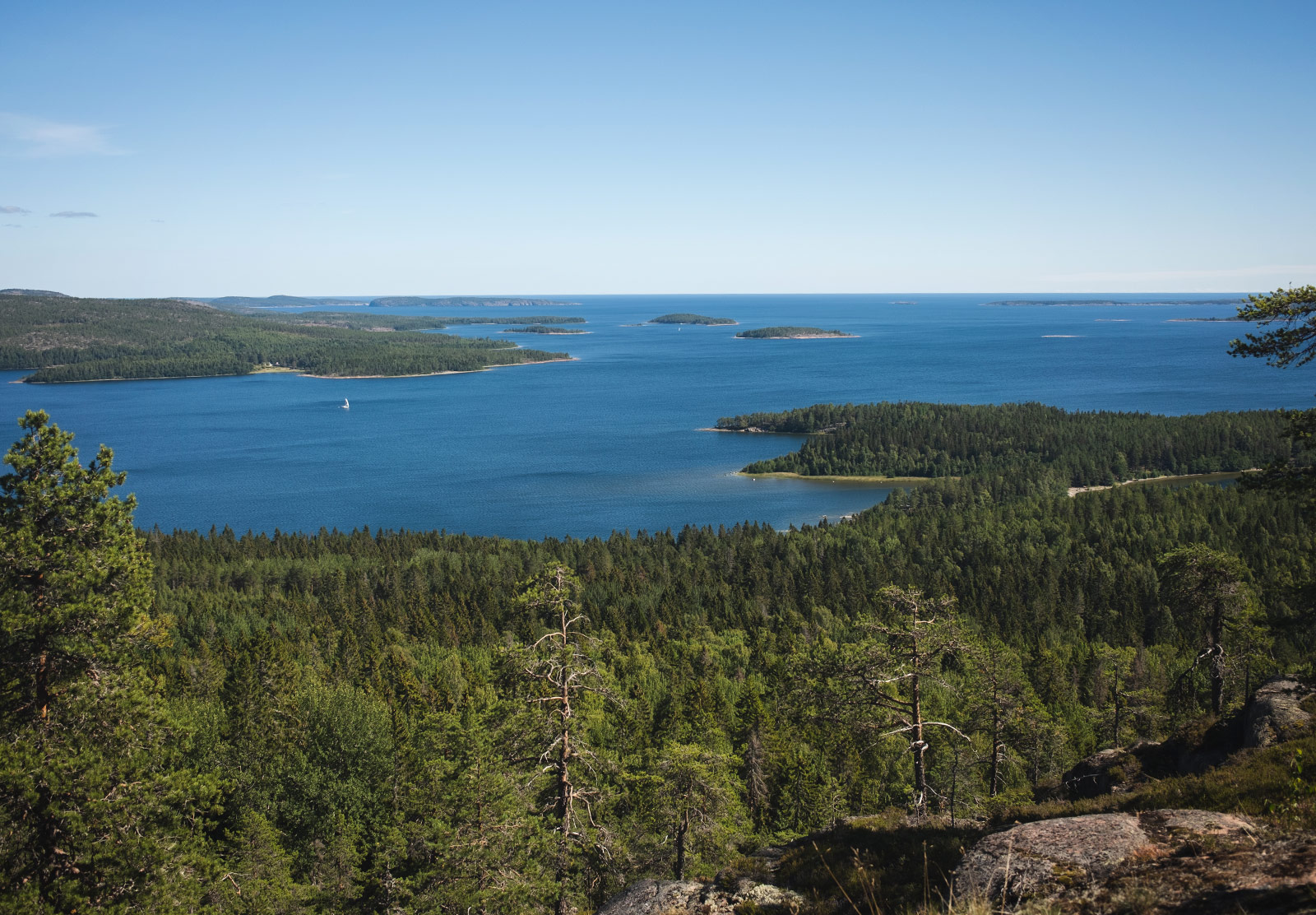 The small white boat you can see sailing through the islands above was anchored opposite our tent the night before. We walked a bit further and finally caught sight of the little red cabin that signalled we were in the right place. Someone was already napping inside (we woke them by accident) but we decided sleeping in there would be too warm at this time of year, and opted for our tents instead. 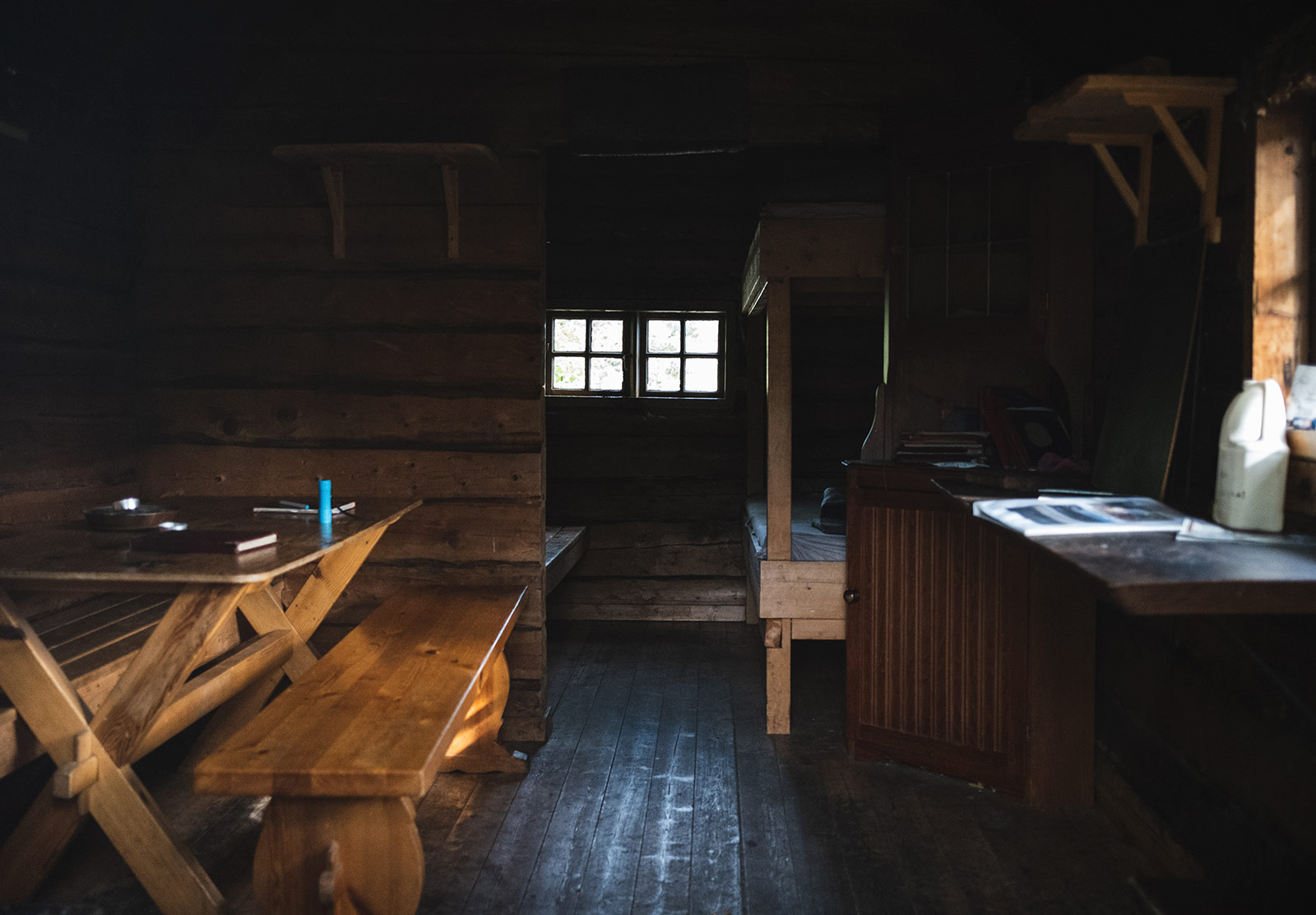 The lake was pretty busy when we arrived but luckily it was mostly day packers stopping for lunch or a swim. We purified some water and cooked lunch on the rocks. 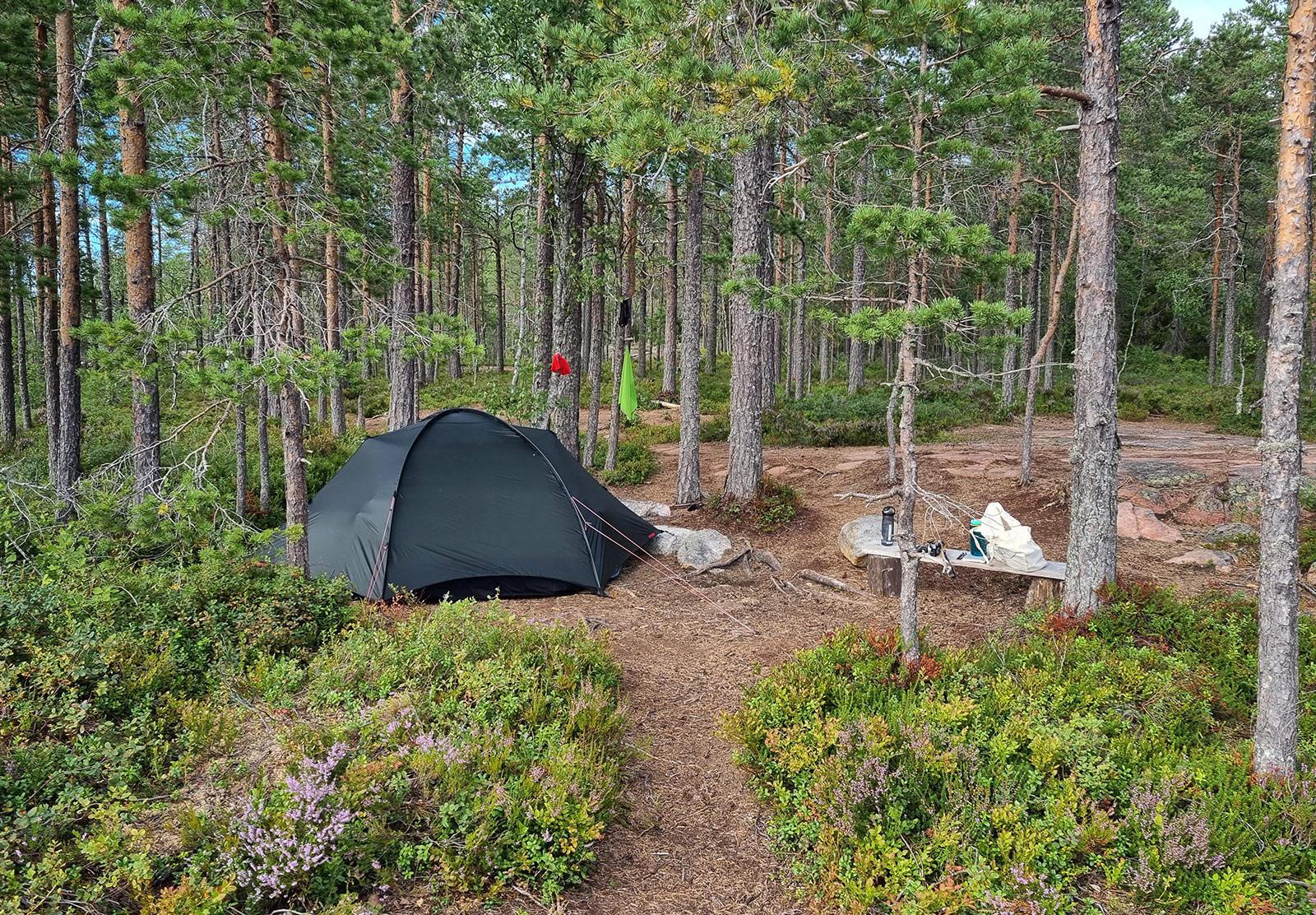 It took a bit of time to find the right camping spot. Some of the ground was uneven or tangled with roots, only leaving enough flat space for one tent, so we had to camp further apart than previous nights. We managed to get an amazing spot in a forest clearing overlooking the lake. It was perfect. 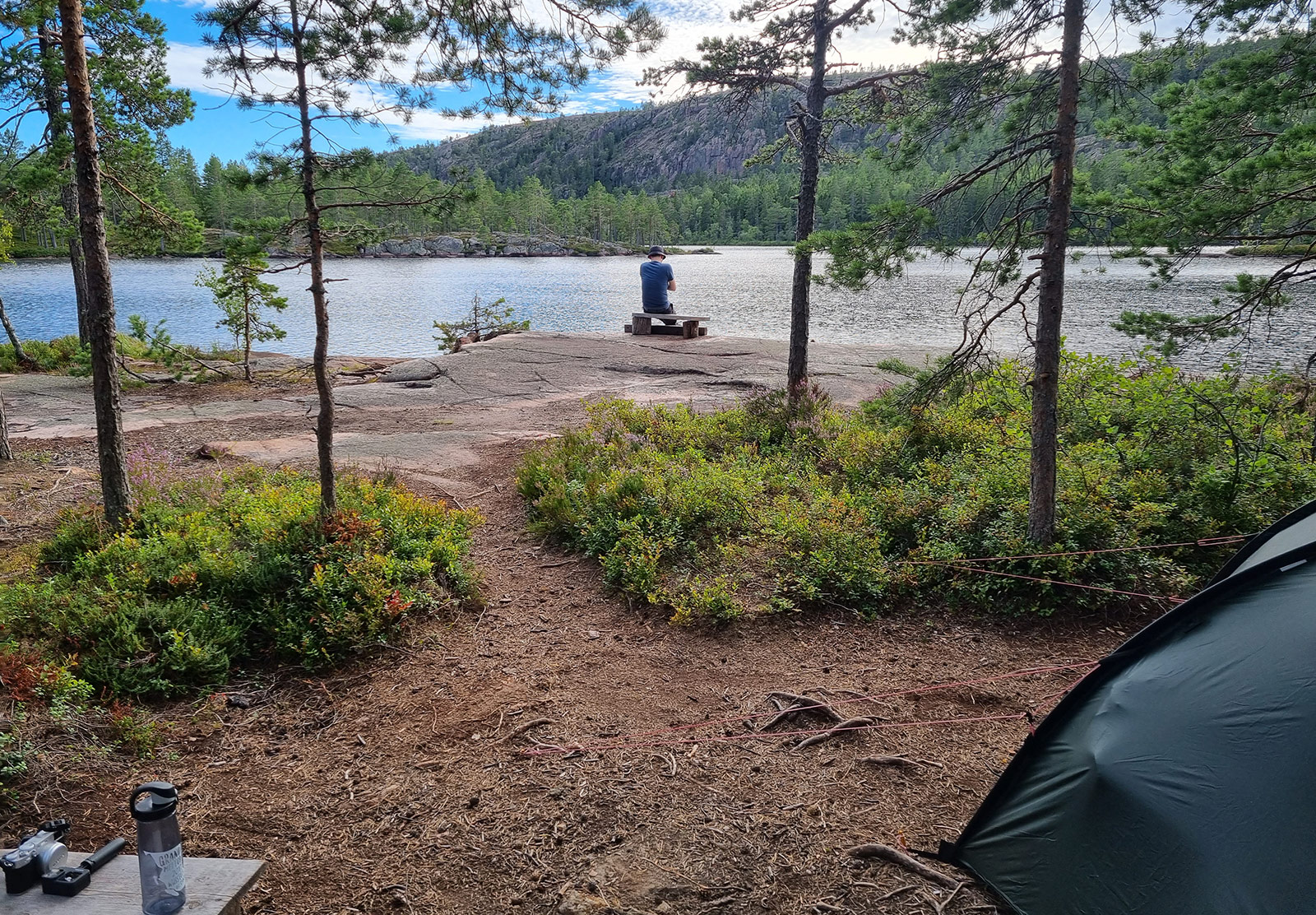 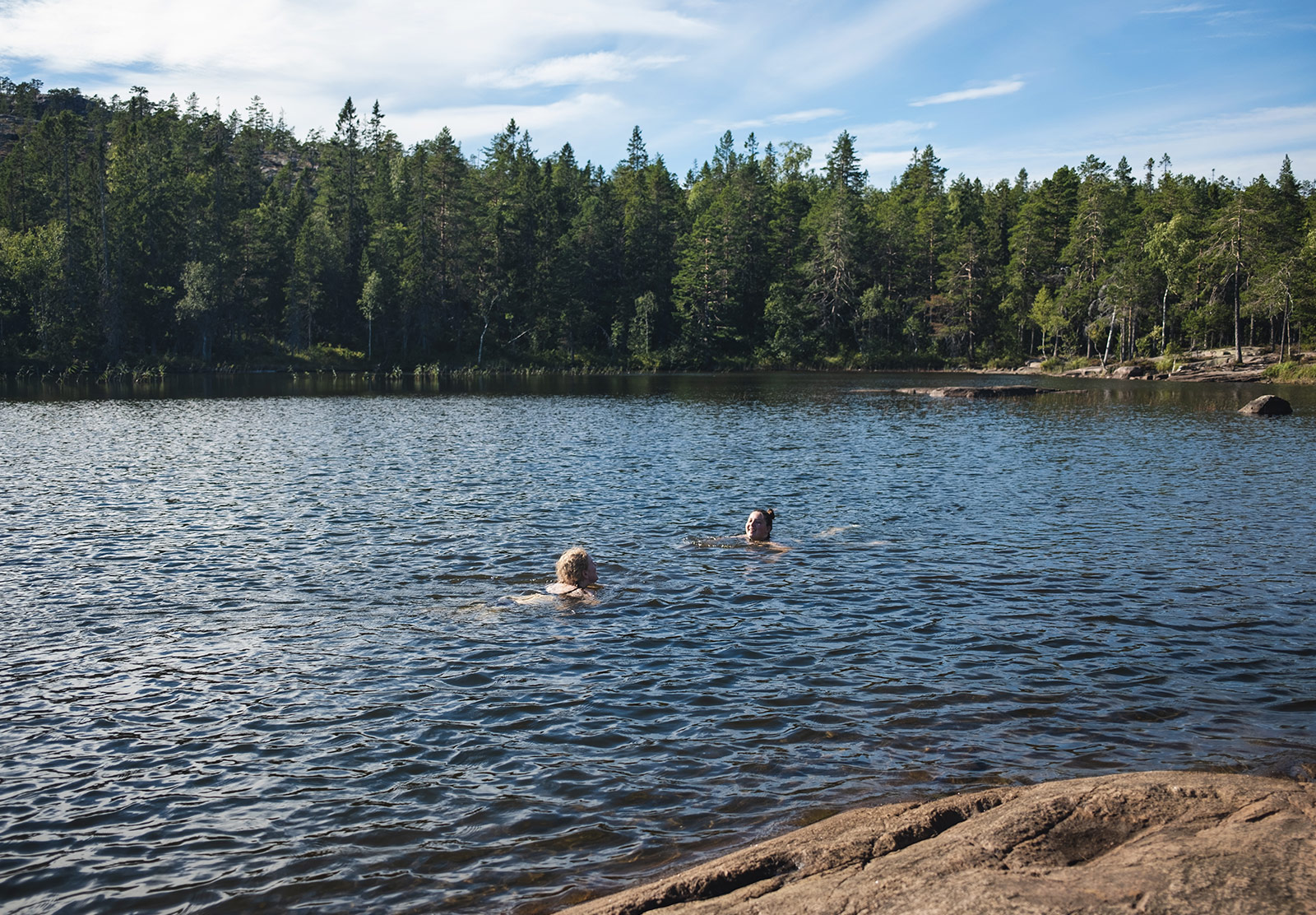 With lunch eaten and tents pitched, it was time for some fun! Two of us swam in the lake and then I swam over to this tiny island in the middle. 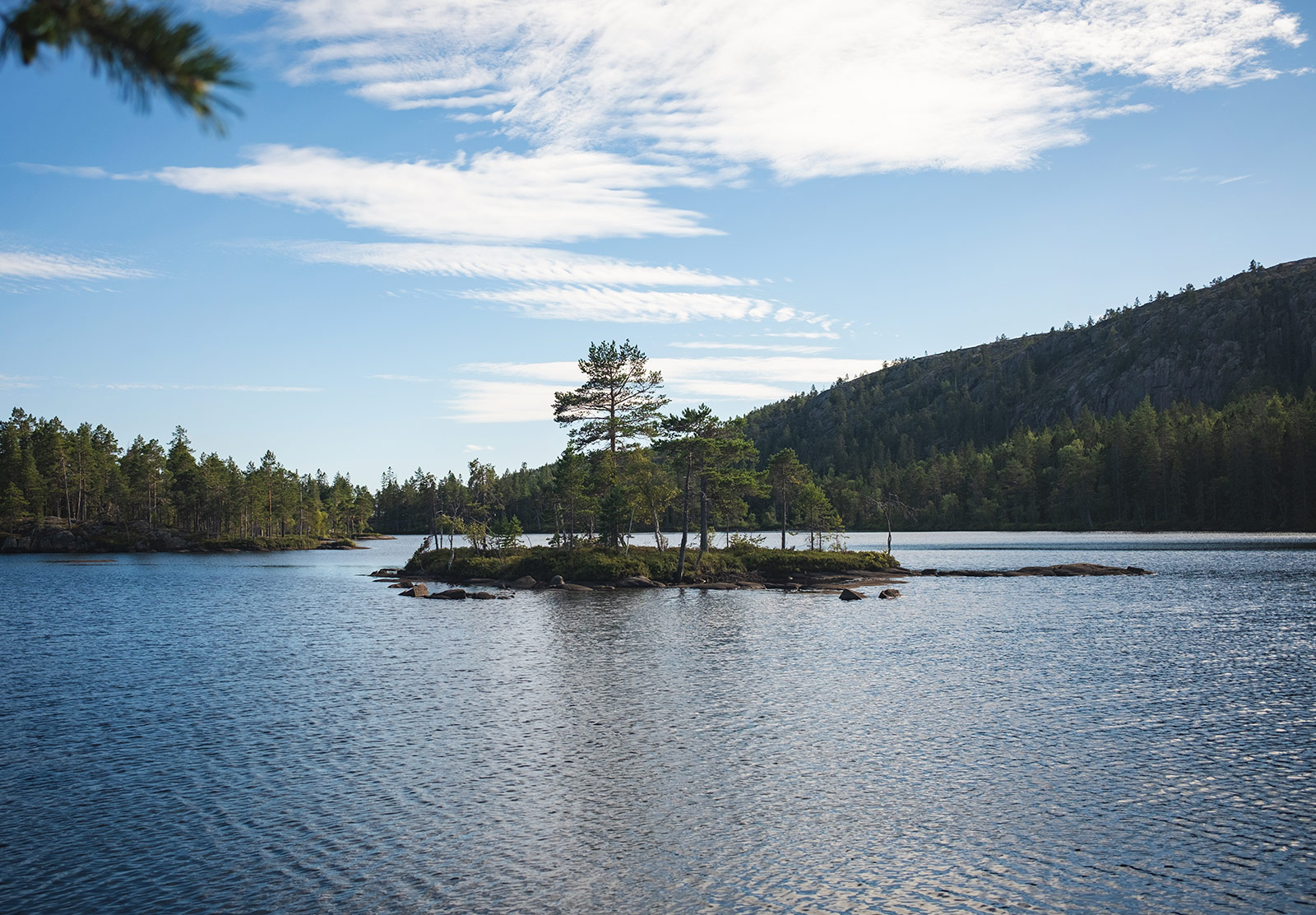 The water was quite warm but suddenly went cold towards the middle — the temperature shock created a reflex action where I put my foot down to touch the bottom but it wasn’t there. I panicked for a second and then my body realised it was fine, but it goes to show that you should be mentally prepared to hit a pocket of cold water, even in warm weather. 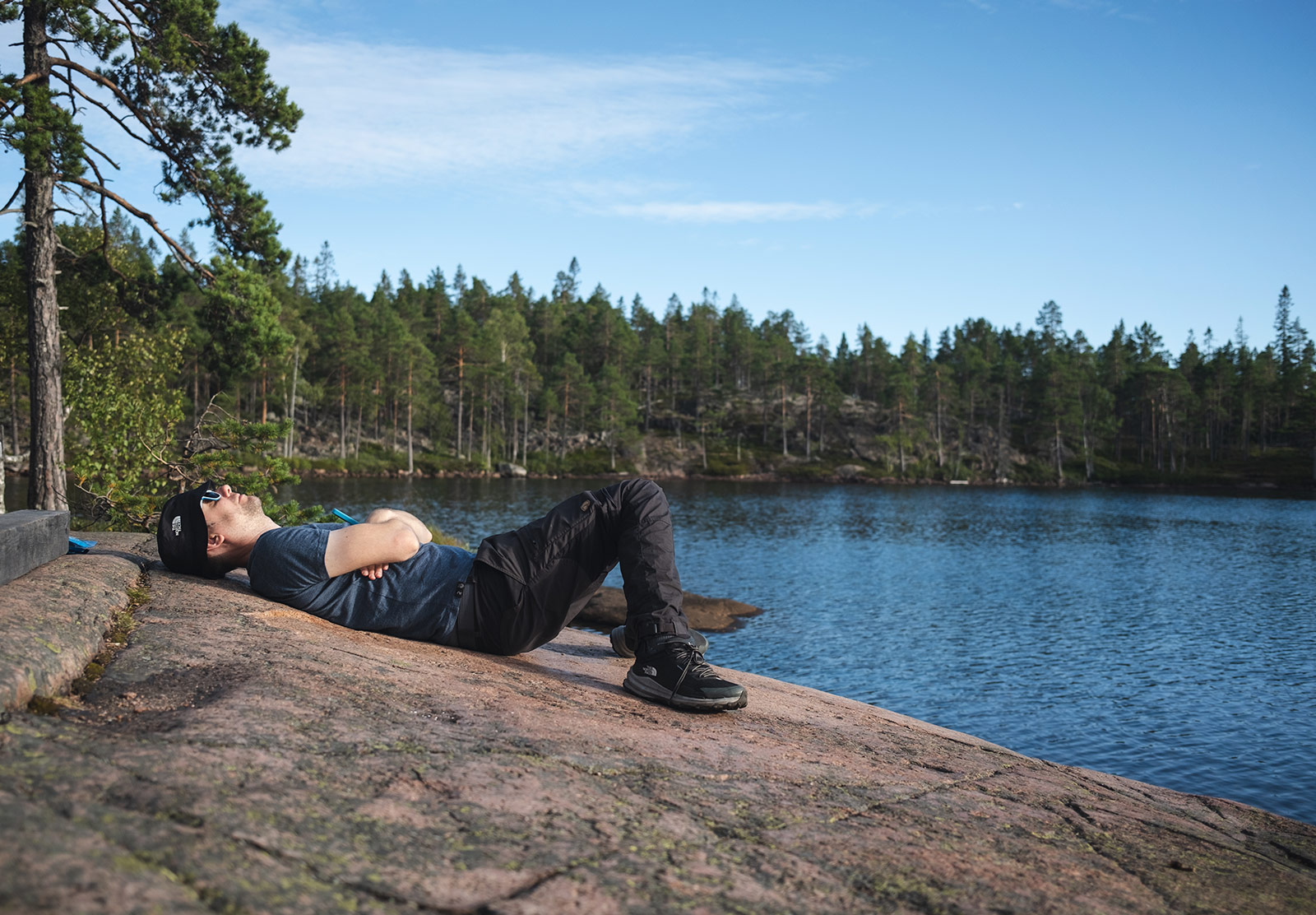 We spent the rest of the day doing nothing in particular, mostly just enjoying the scenery. It was surreal to think how high up we were because the trees surrounding the lake make it feel like we were at ground level.

The day packers gradually disappeared and when it seemed like we had the place to ourselves, I went for a nude swim. Something I’ve wanted to tick off my bucket list for a while. I looked down into the water and curious fish were swimming around me (I silently hoped they weren’t some undiscovered species of piranha). 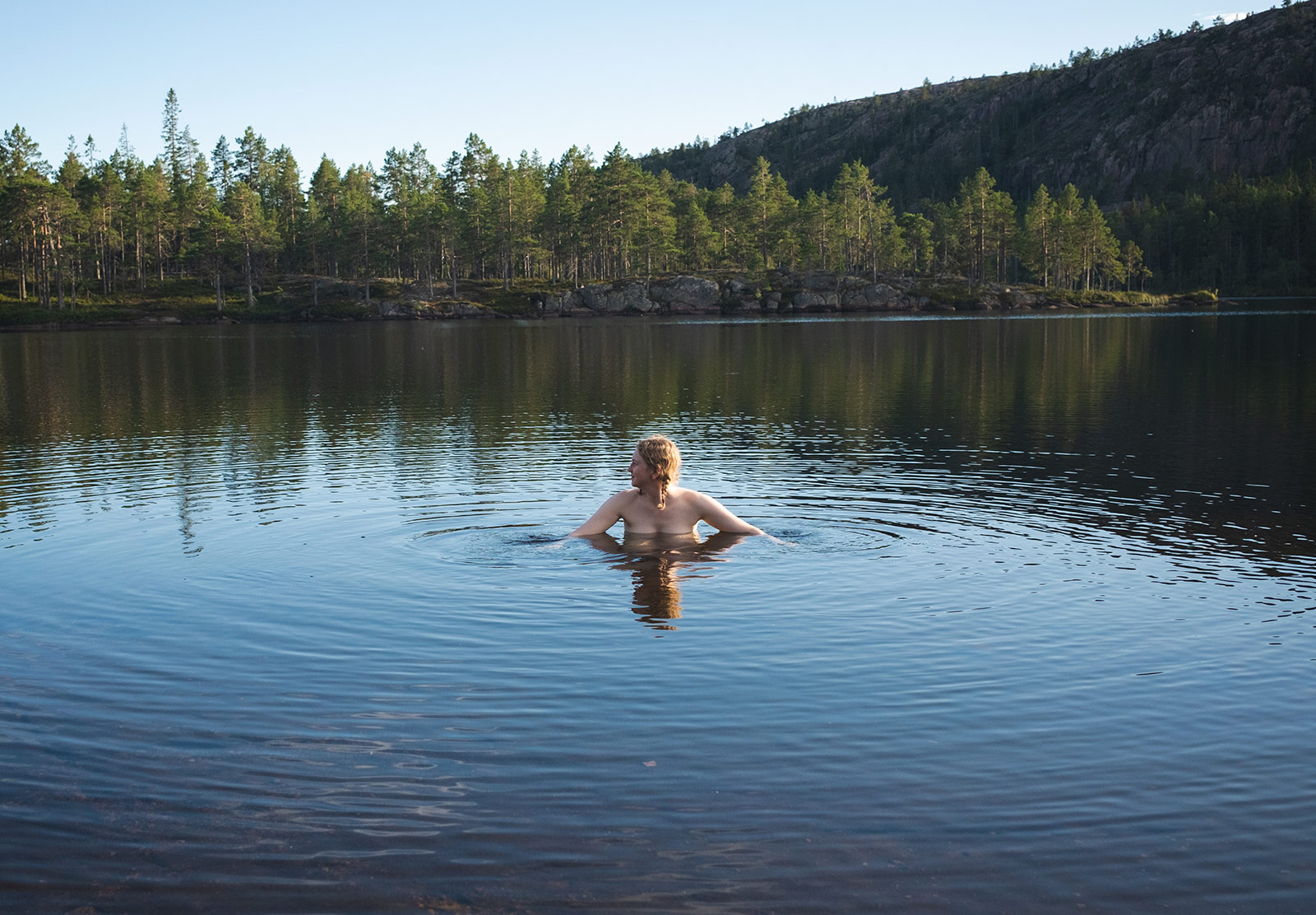 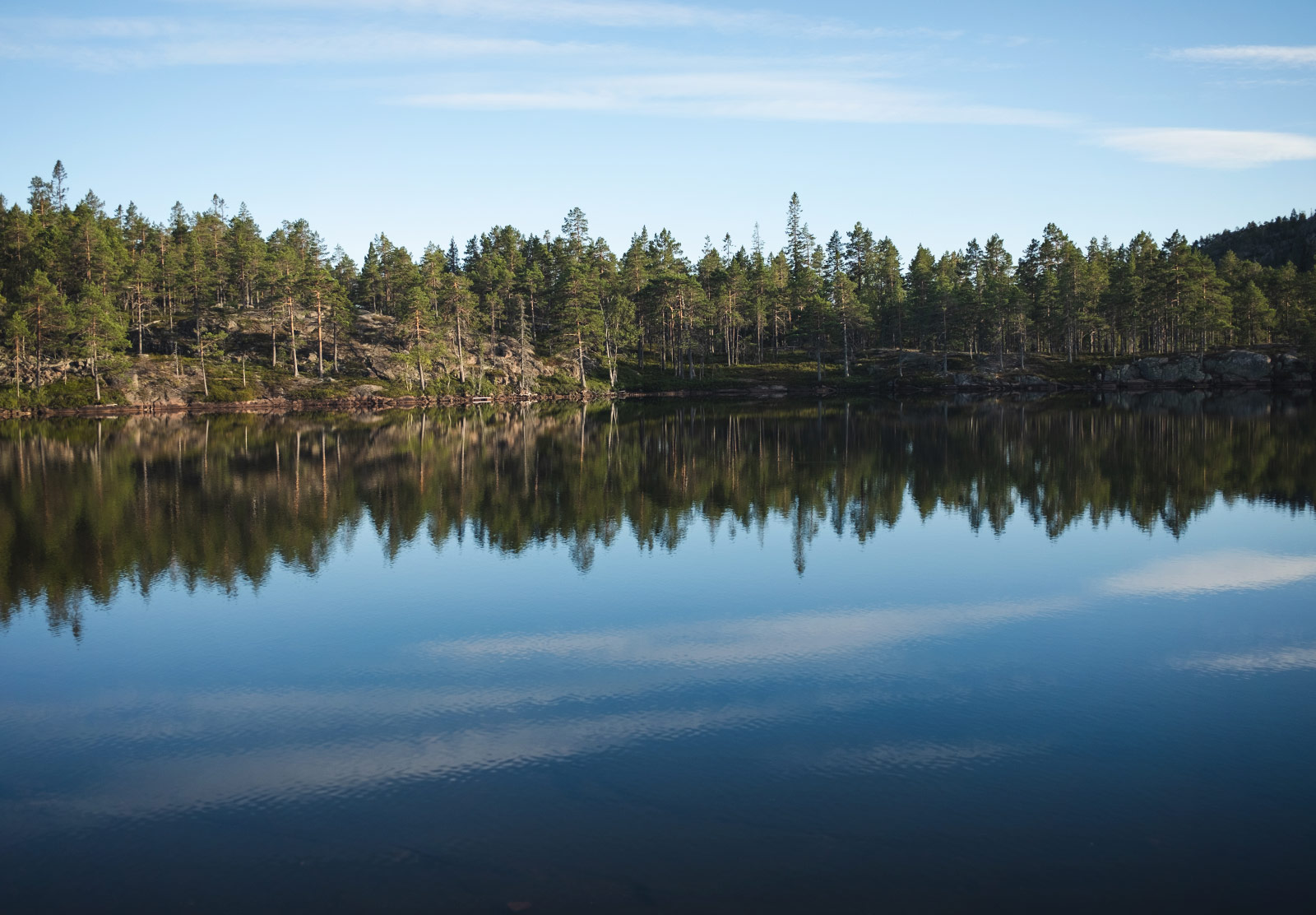 No-one else had come to the lake so I laid naked on the rocks for a bit. I got dressed when the mosquitos honed in and went to pick blueberries for us to snack on. 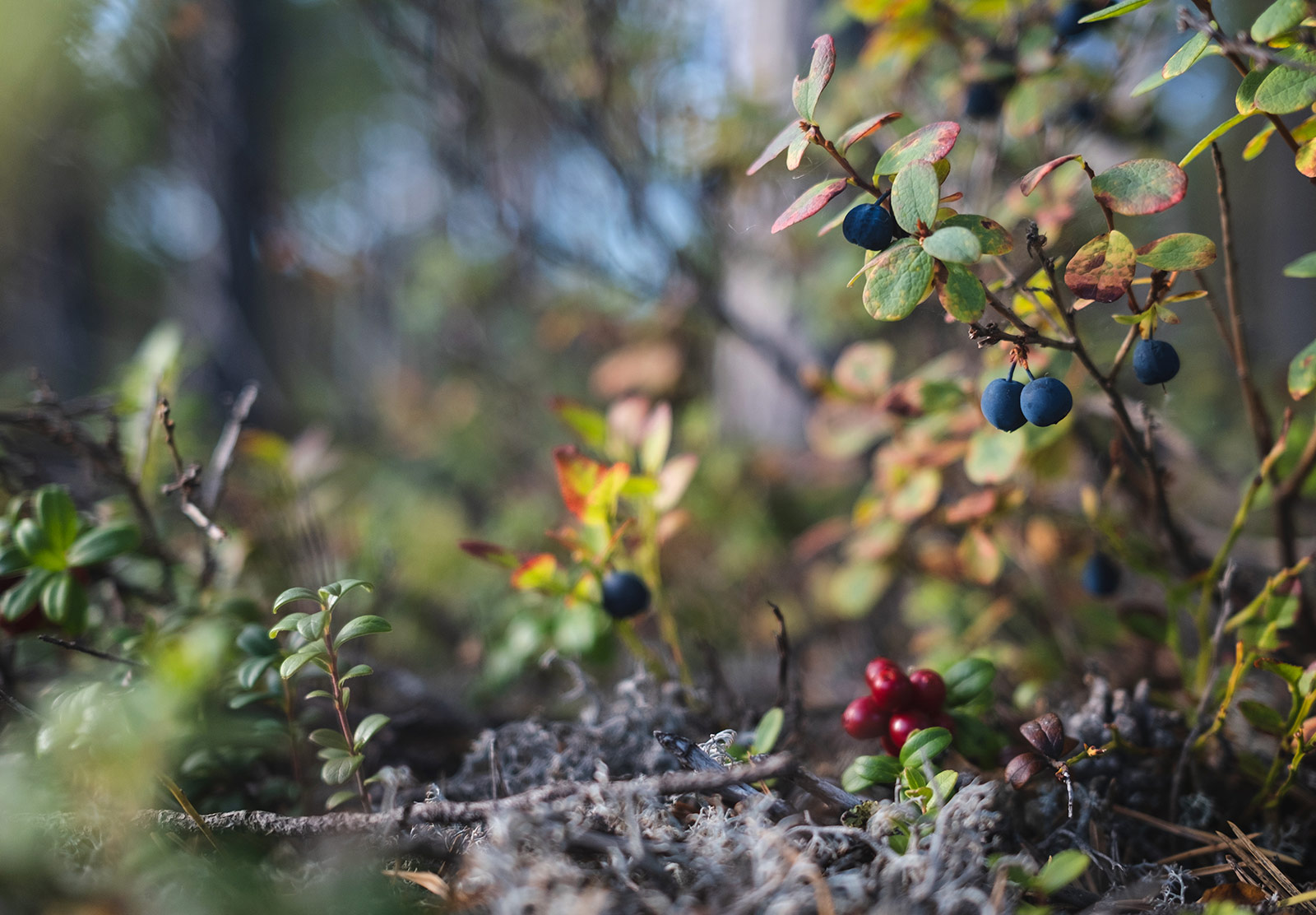 Dinner was supposed to be 5 bean cassolet but it looked more like dogfood and tasted like that nondescript food smell floating around hospitals. By far the most disappointing meal of the week. 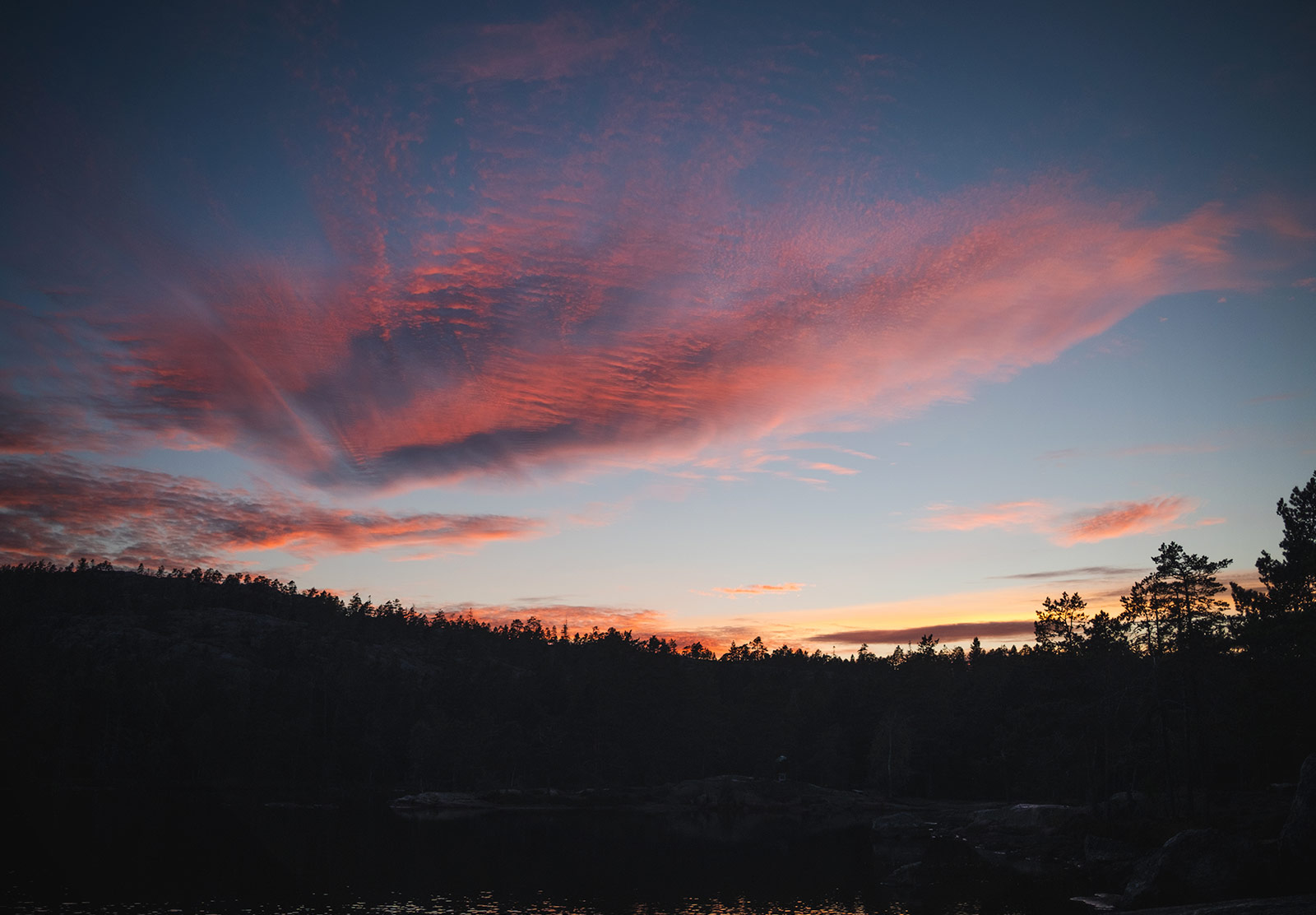 This was our last night camping and other than dinner, we ended it on a high note with still water and a dramatic sunset. We all sat by the lake all evening, chatted and scaled a giant rock for no real reason other than ego. Read part 8.