I recently learnt that mango seeds are edible. I had no idea! It also turns out the hard part in the middle of the fruit is not the seed, it’s a pocket that holds a large seed. I’ve experimented with germinating a few random seeds including avocados and peaches (never got further than sprouting a root) but mangos are a new adventure. Here’s how I did it…

I used a mango from the supermarket, nothing special or optimised for home growing 🙂

Most tutorials made opening the husk sound easy. It was not. They are extremely tough! Scraping off the excess pulp was the first hurdle. The second was actually opening it — the seed sat close to both sides and that didn’t leave much cutting room or margin of error.

It was also positioned more towards one end (creating a longer flappy bit) so I made a one inch horizontal cut with kitchen scissors, then tore the husk open with my hands. It ripped relatively easy once the initial cut has been made and any stubborn bits just needed cutting with scissors.

The splayed husk looks a bit like a set of lungs with an oyster inside!

I peeled off the brown papery membrane and soaked the seed in water for 24 hours. It swelled a little but came out looking pretty much the same.

I wrapped the seed inside damp kitchen roll and stored it in a clear plastic bag. The trick is keeping the paper moist enough to create humidity and stop the seed drying out, but dry enough to prevent mould growth. If you squeeze the kitchen roll and water comes out, it’s too wet. You want to aim for a quiet spongey sound with no dripping water.

Bag and wait for germination

The bagged seed was stored somewhere warm and out of direct sunlight. I checked mositure levels every couple of days and only needed to add more water once.

The seed turned green, a small split appeared and a root formed. I continued as before, checking moisture levels and keeping the bag sealed. 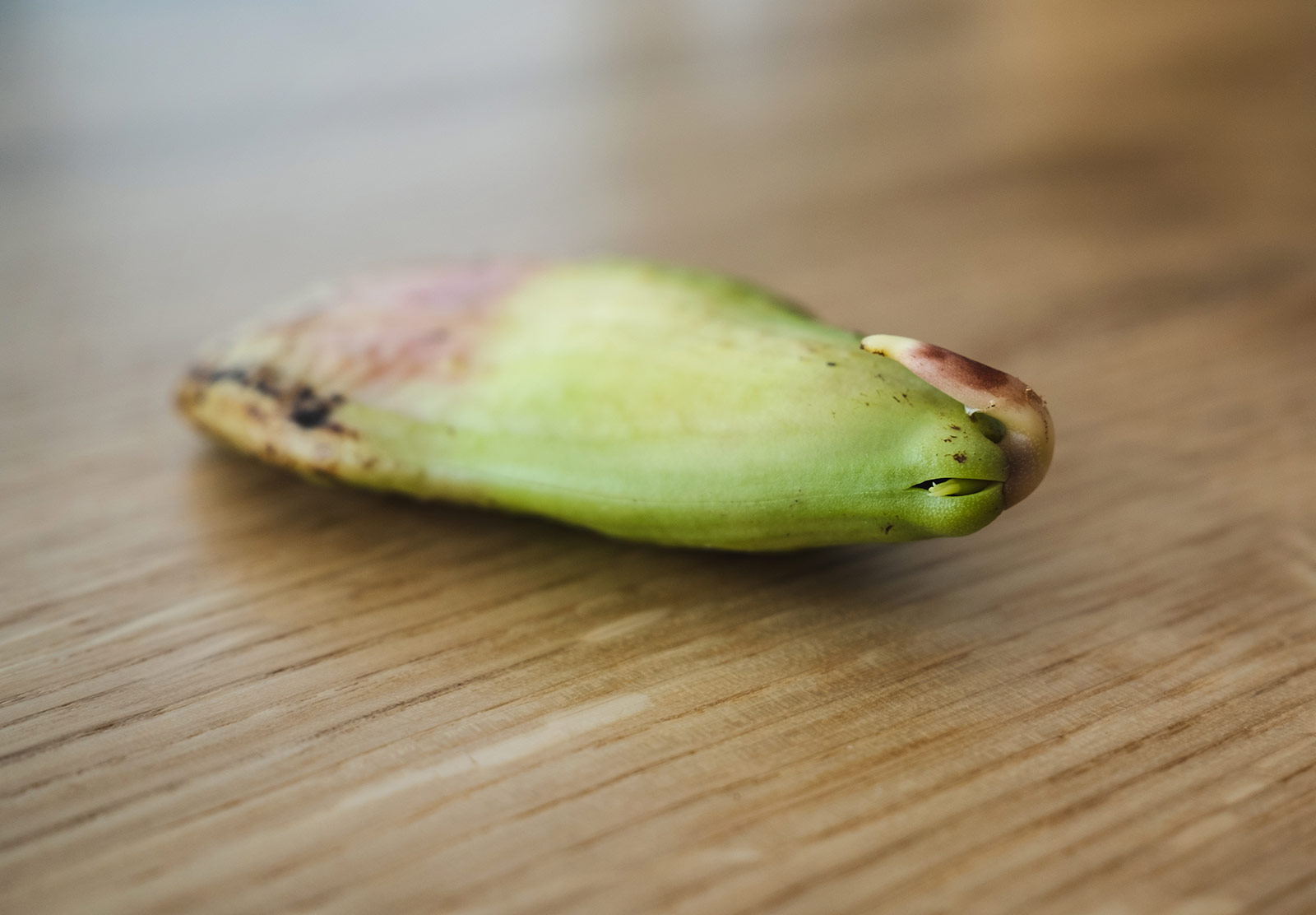 A leaf shoot emerged around one week later and root growth continued at an impressive 1cm+ a day.

The first true leaves grew within a few days of the shoot emerging. I then had what looked like a mini palm tree.

The seed was wrapped back up in its kitchen roll sleeping bag and I left the leaf shoot poking out of the end so it could grow towards the light.

I potted the sapling when the root developed these small white root hairs. They signal the seed is ready to actually root, soak up nutrients and begin the next growth phase.

These two photos were taken only 24 hours apart. I was amazed how much it grew overnight. The sapling got stronger and seemed to be growing well so I transferred it to a nicer pot.

Something to note here is that the leaves are floppy and sit downwards — similar to how some plants look and feel when they are under watered (like our avocado). I think this appearance could lead to over watering so that’s something to bear in mind if you decide to grow a mango. I’m expecting them rise and toughen up as the plant matures.

And here is Monty the mango in his new home… 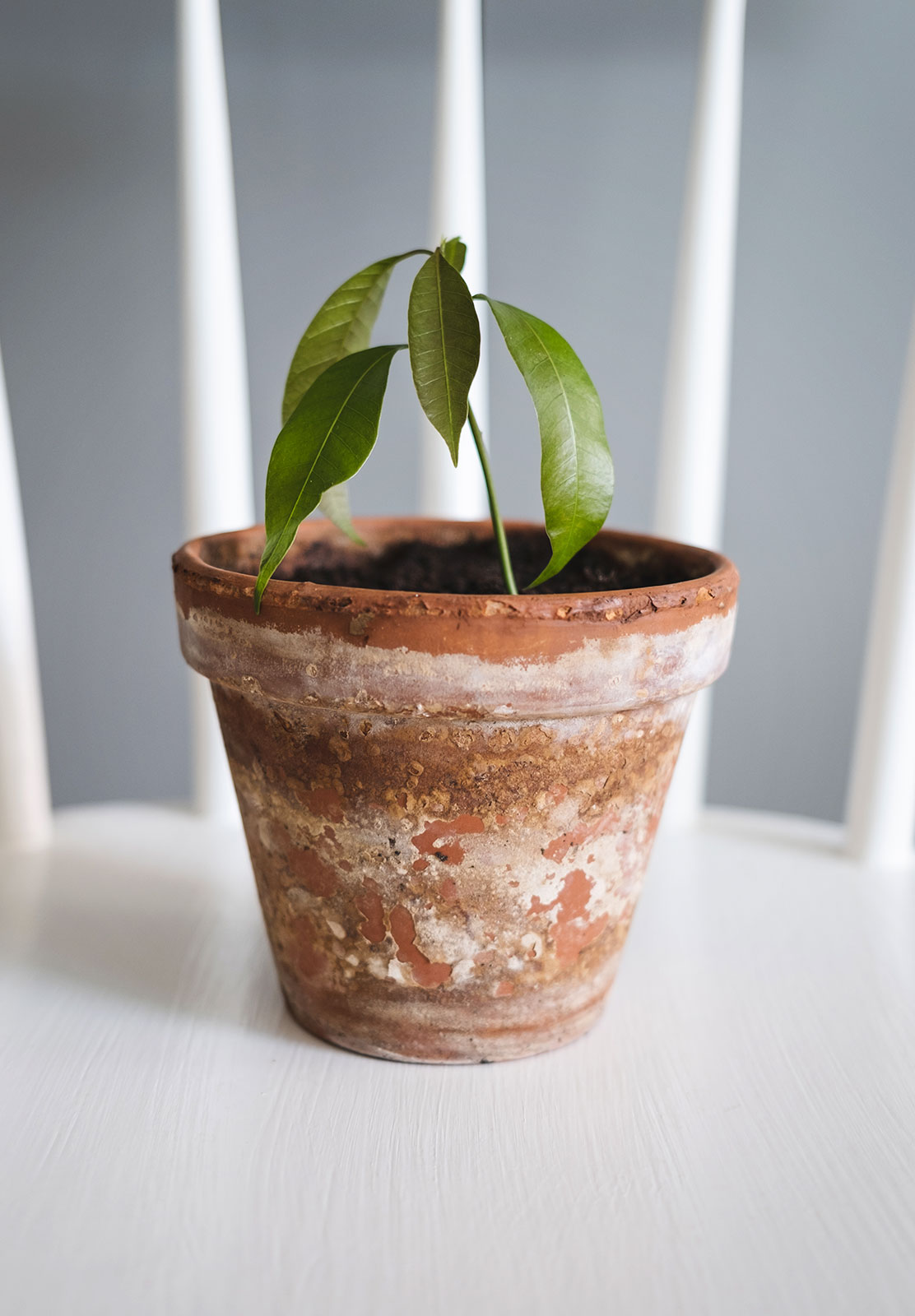 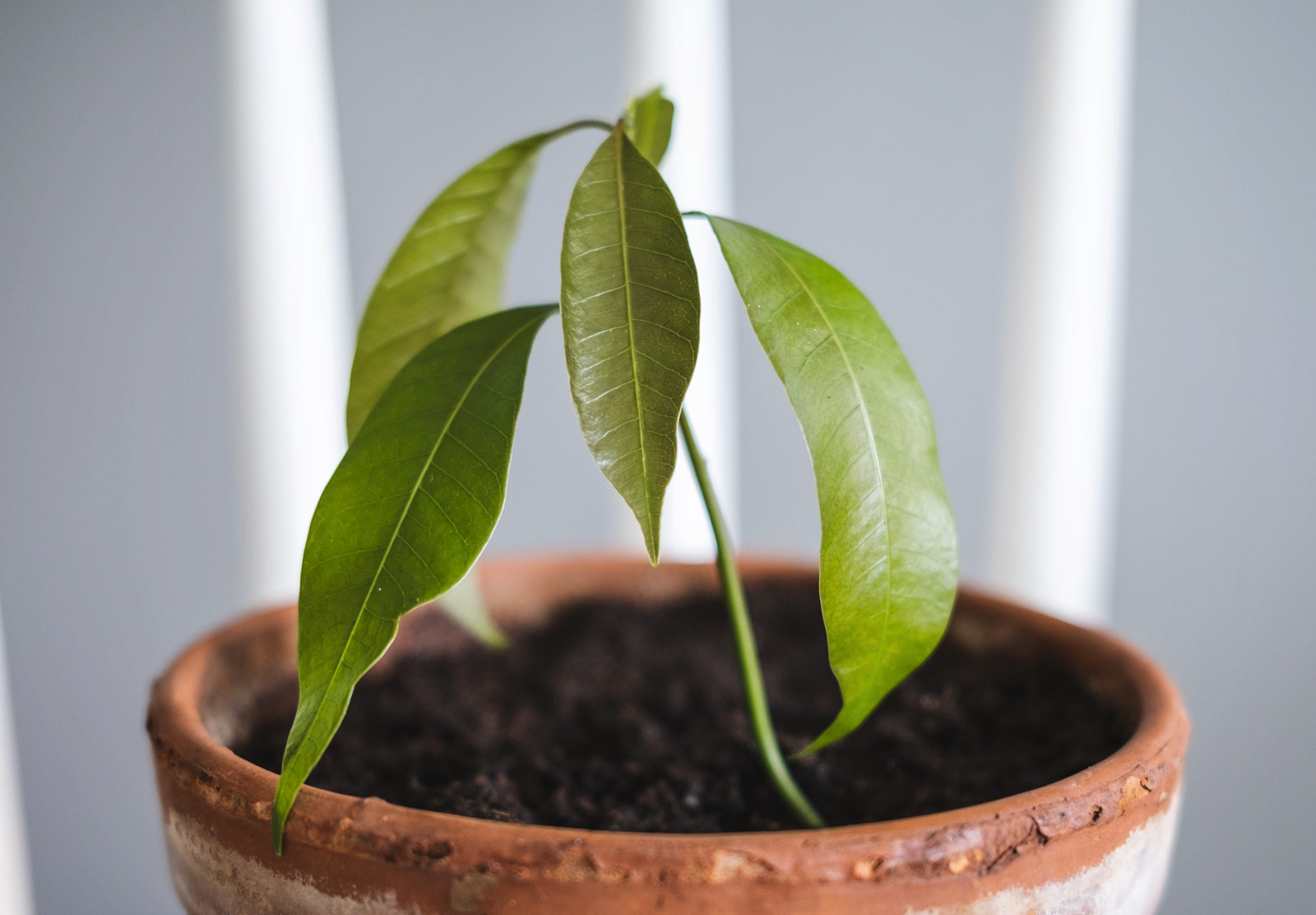 I have no idea which variety of mango this or if it’ll end up producing fruit one day, but it makes a nice houseplant. Swedish Winter may be a challenge but fingers crossed he’ll find a way to pull through.

Best of luck if you decide to give this a go!

12 comments on “How To Grow a Mango Seed”