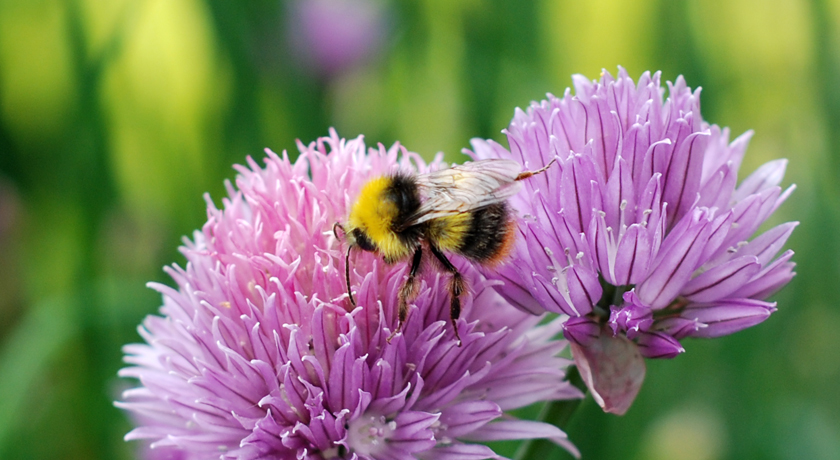 A few days ago I went to pick some chive flowers to put on our dining table when I noticed they were covered with bees. When I looked around, little else was flowering so I decided not to trim anything and leave them be. 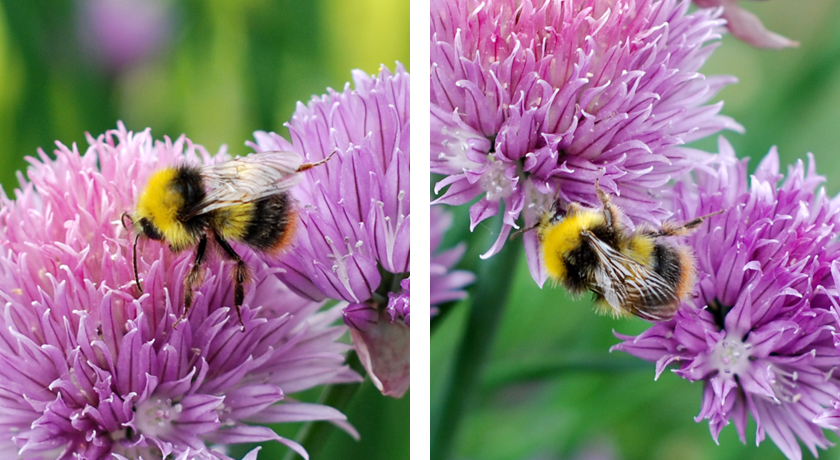 If I find bugs in the garden I usually spend a few minutes watching them to see what they do and where they go. This time I noticed most of the bees were nipping from flower to flower quickly before leaving. However, a Red-tailed Bumblebee seemed lethargic and barely moved. When I checked a few hours later this bee was still in the same position.

The next day, it was still on the same flower but looking much more slumped and in a bit of a sorry state. Its legs were twitching occasionally but that was the only movement.

We thought it could just be hungry/weak so Scott suggested putting honey on the flower.

After a few minutes of feeding on sugar water, it started moving its legs and feelers again. A few more minutes after that it began walking and then flew away. We were happy!

So if you find a lethargic bee that doesn’t improve try feeding it some sugar water. I know it’s only one bee, but with the bee loses we are experiencing, every bee counts!

Bees seen in our garden

With the help of the Bumblebee Conservation Trust’s Common Bumblebee list, I’ve managed to identify the 4 species of bee I found on the chives. From left to right:

I’d love to buy a macro lens to get crisp, detailed photos of bees and other bugs in the garden!