Our journey to the Lofoten Islands was one of the highlights from our trip to Norway. We flew from Oslo to Bodø, then took a bus from the airport to the centre and walked to the Hurtigruten ferry terminal. This was our ride to Svolvær! MS Richard With. 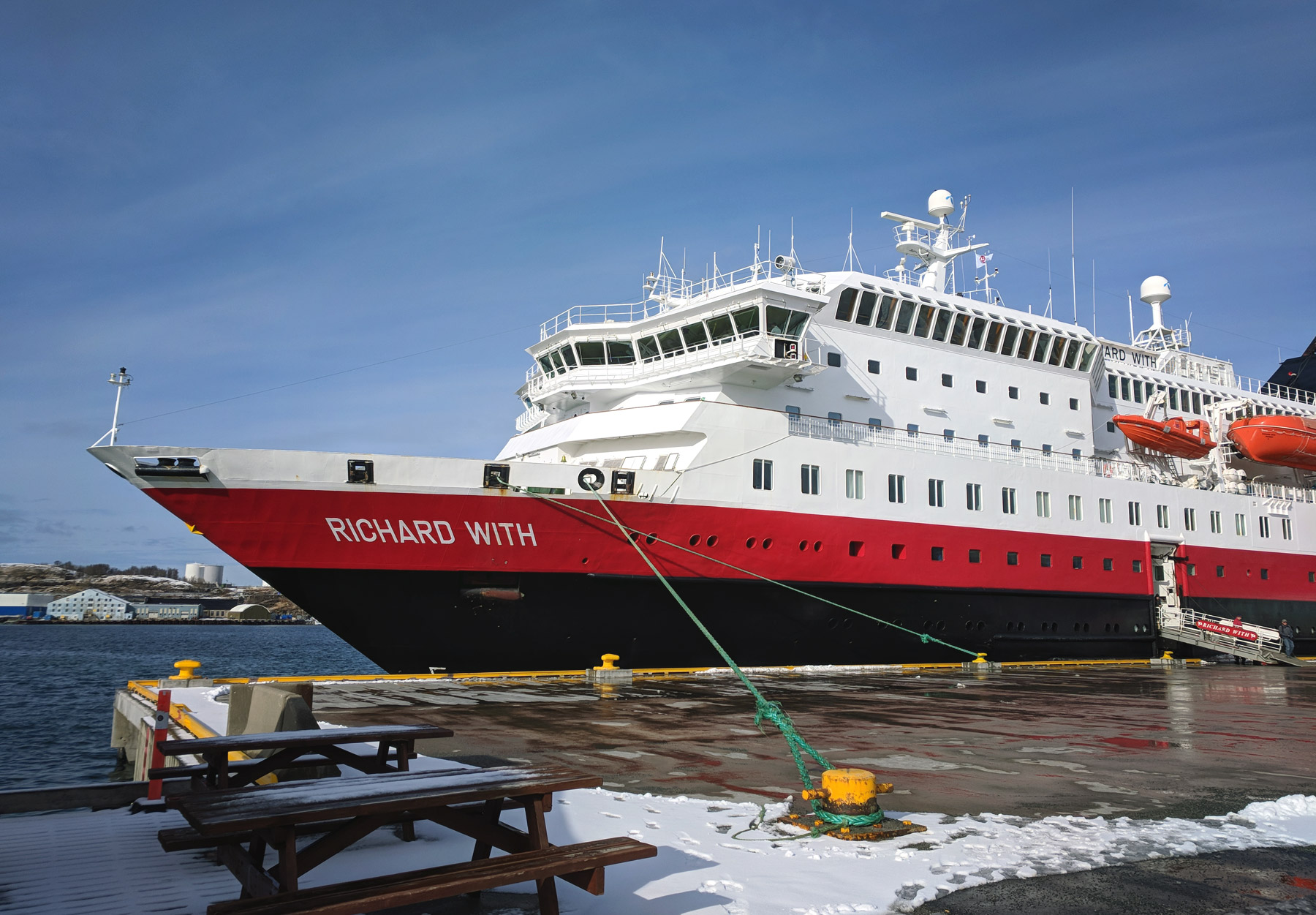 With our suitcases stashed in the luggage room, we had a quick look around the ship before wrapping up and heading out on deck. I joked that it felt like we were on the cruise ship episode of Columbo, Troubled Waters. Partly due to the decor and also because I’m a Columbo nerd.

The total journey took six hours and we spent most of that time outside, occasionally popping indoors to thaw our hands and feet. We could have watched mountains glide by in the warm but it wouldn’t have been the same. Nothing like the bite of Arctic wind to make you feel alive! 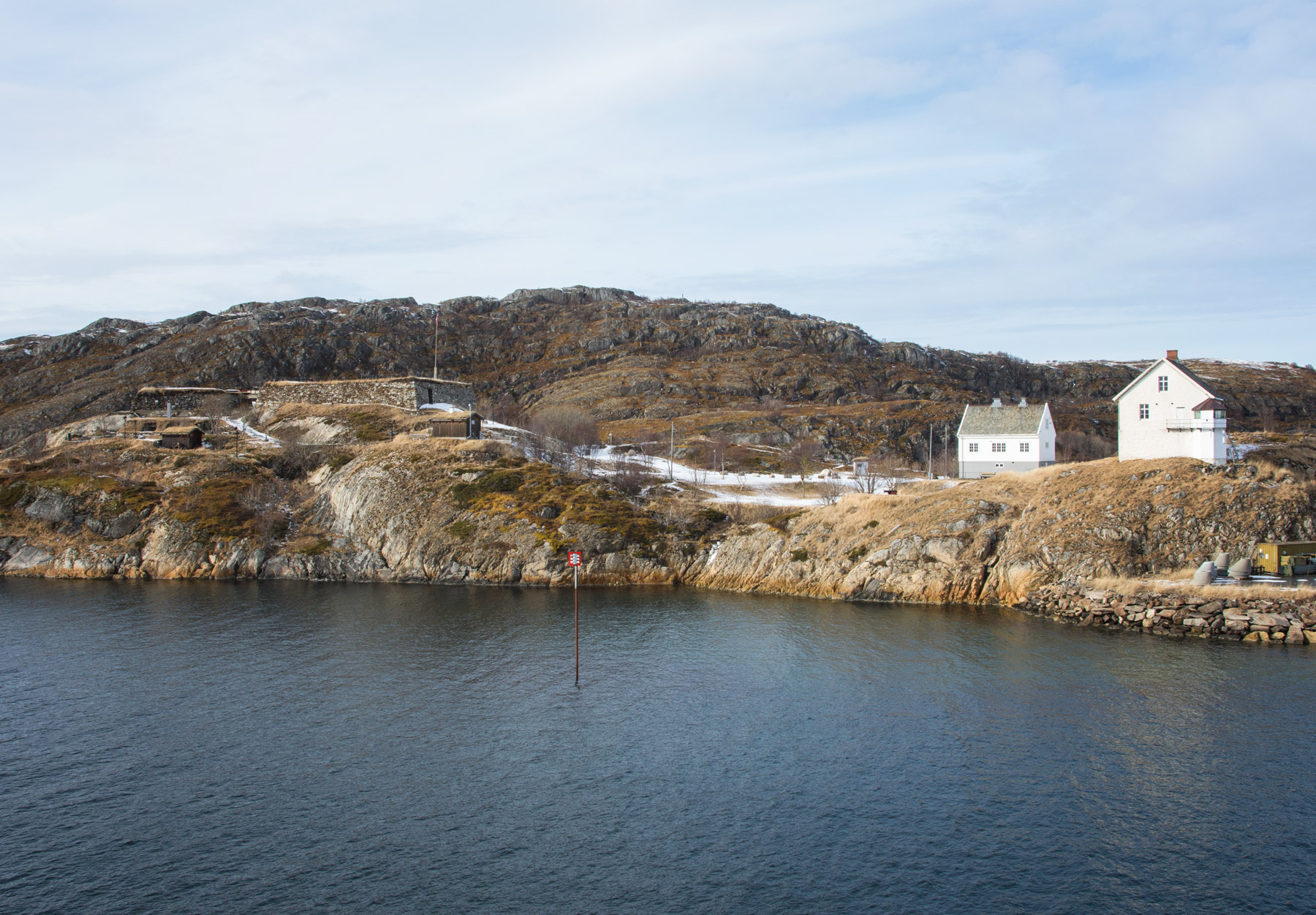 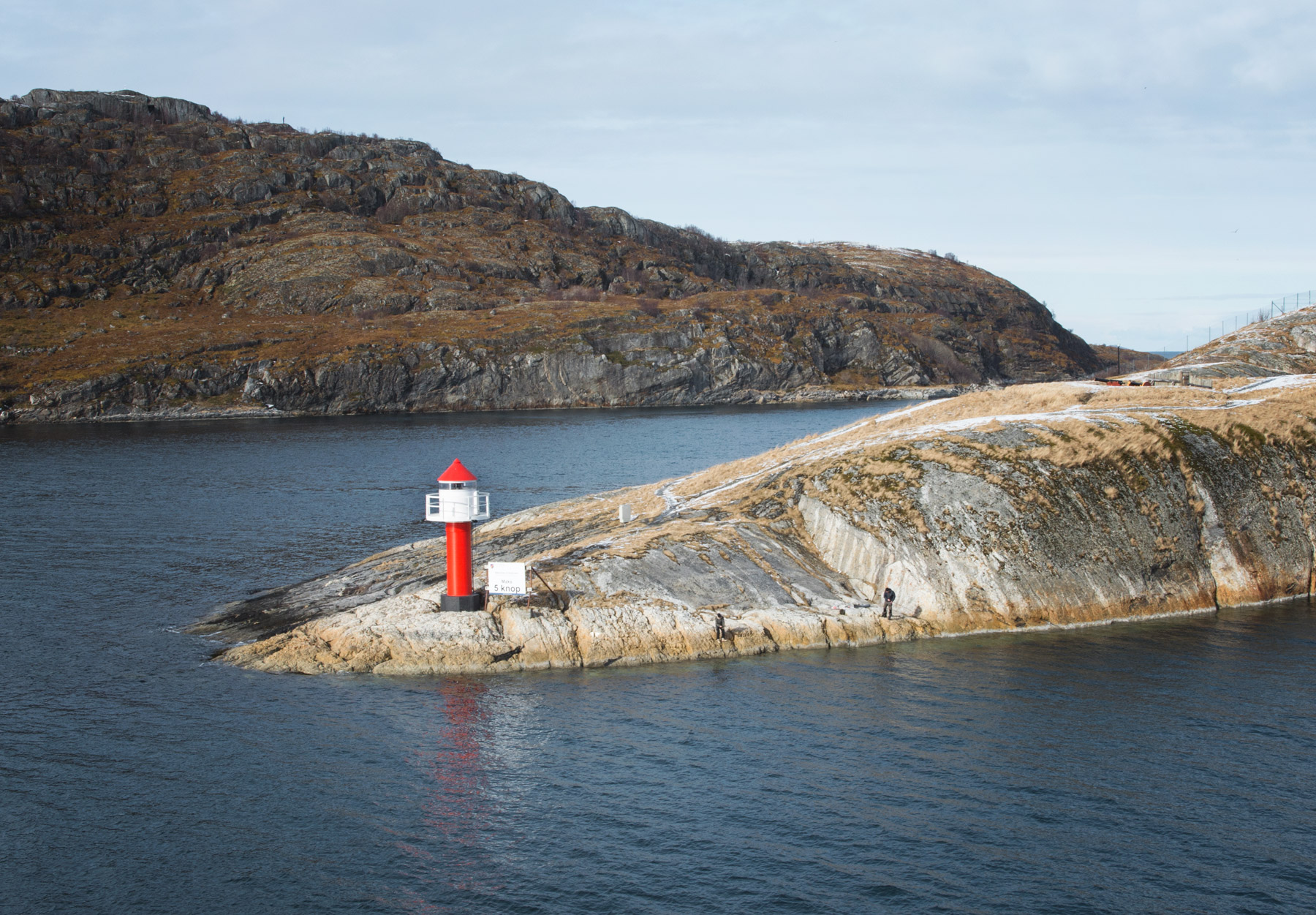 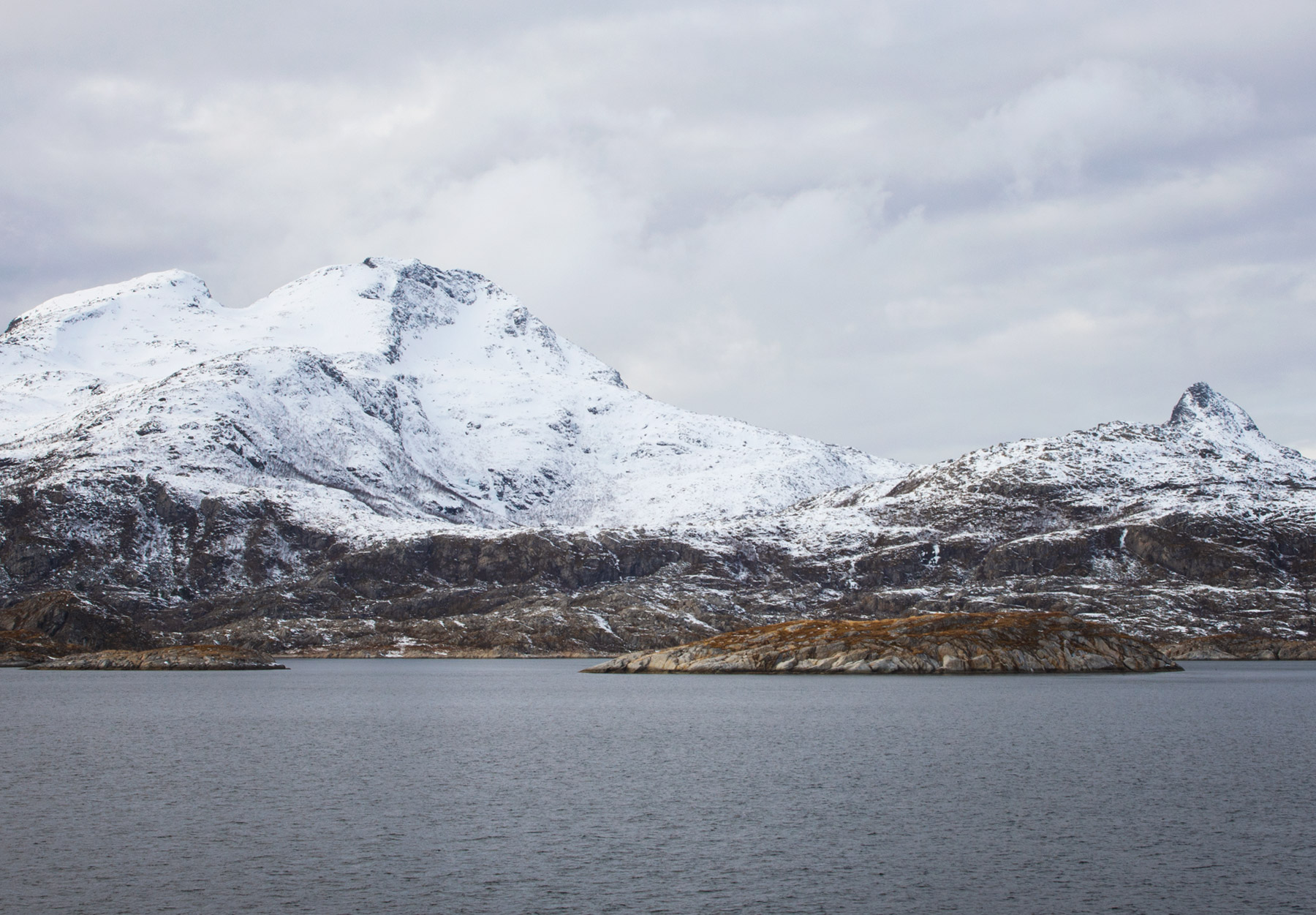 Snow capped peaks were visible in every direction, seagulls swooped by and sun danced on the waves. We saw blue skies, dark clouds, snow falling in the distance and sunset all in the space of a few hours. 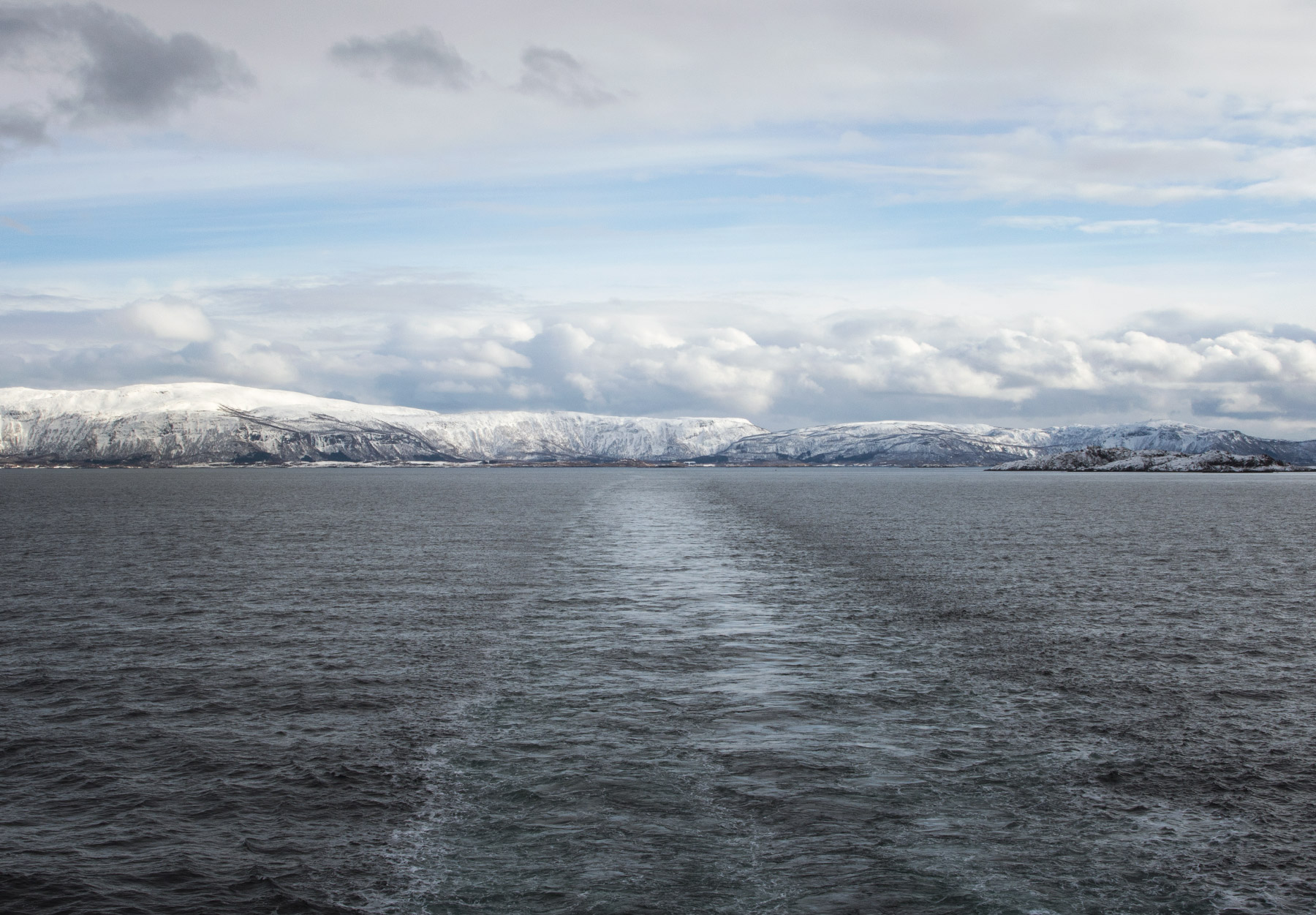 Our ship arrived in Solvær at 9pm. People were standing on the shore watching us pull in and snow was falling. Fourteen hours of travel left us feeling pretty exhausted so we shuffled along snow covered paths to our wooden house and flopped into bed unfashionably early. I’ve wanted to visit the Lofoten Islands for a long time and it felt good to finally be there!

9 comments on “To Lofoten by sea”