Glad midsommar! Friday was Swedish Midsummer and that meant eating pickled herring and strawberries in the sun with good company. We celebrated in our friend’s garden with a handful of their close friends and family. 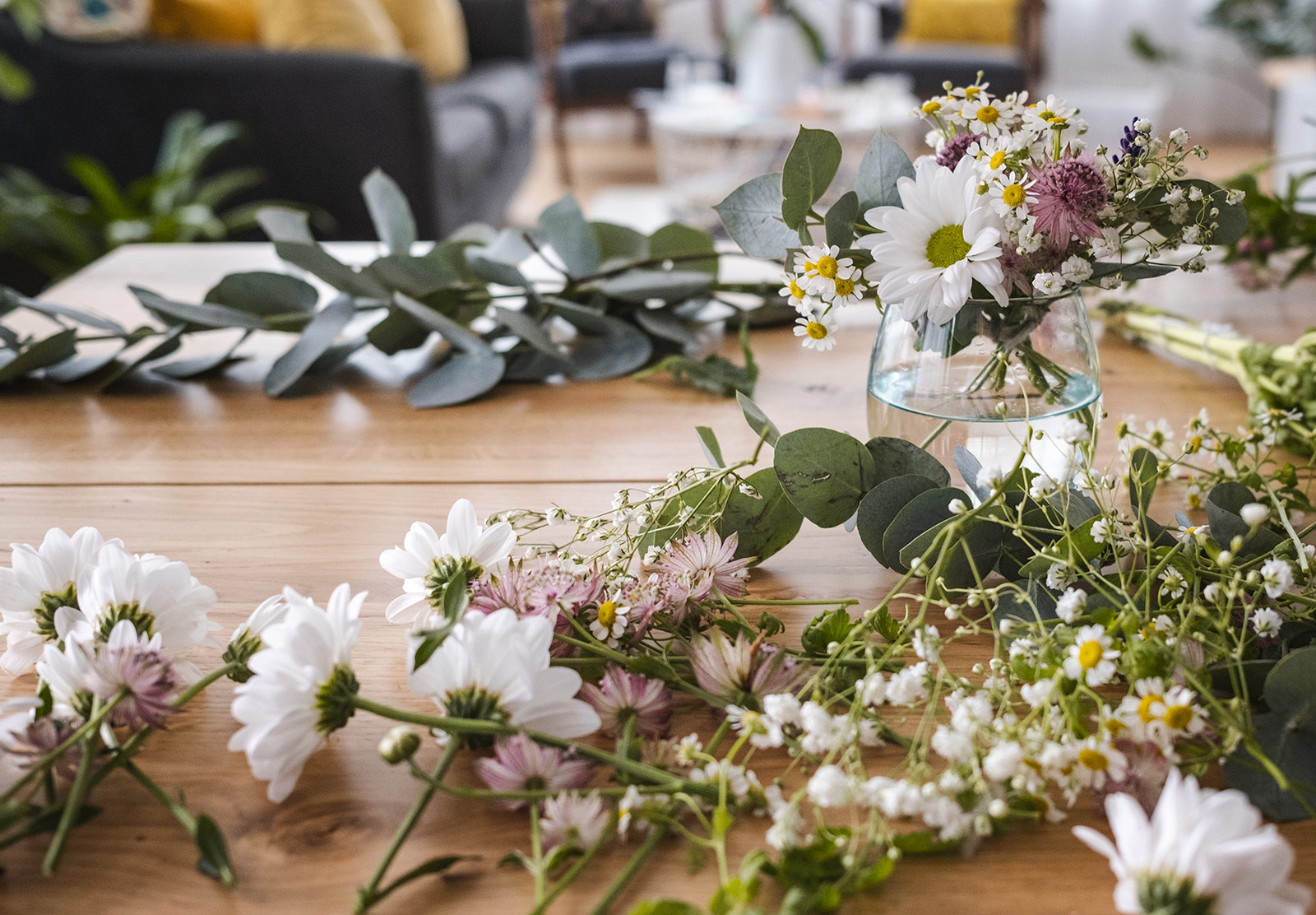 I decided to make flower crowns this time. One for me, one for our host. It was a bit of a last minute decision so I bought supermarket flowers rather than picking them myself. I used wire kits to make the head bands but I’d prefer not to use them next year — they did the job but it felt a bit wasteful.

Weather is always the hot topic of the day. Rain makes an appearance most years and 2021 was no exception. It poured just as we needed to leave home but passed by the time we arrived at the other end. We all spent the rest of the day watching dark clouds gathering overhead and hoping they’d miss us (they did).

A silltallrik (pickled herring plate) is the centrepiece of Midsommar feasts. It’s really delicious. There are several types of pickled herring but this pink one and senapssill (sweet mustard herring) are my favourites. We also tried archipelago sil.

Here you can see everything together. Herring with rågbrod (rye bread), knäckebröd (rye crackers), dill potatoes, herring, boiled potatoes and sour cream. All washed down with snaps and beer. 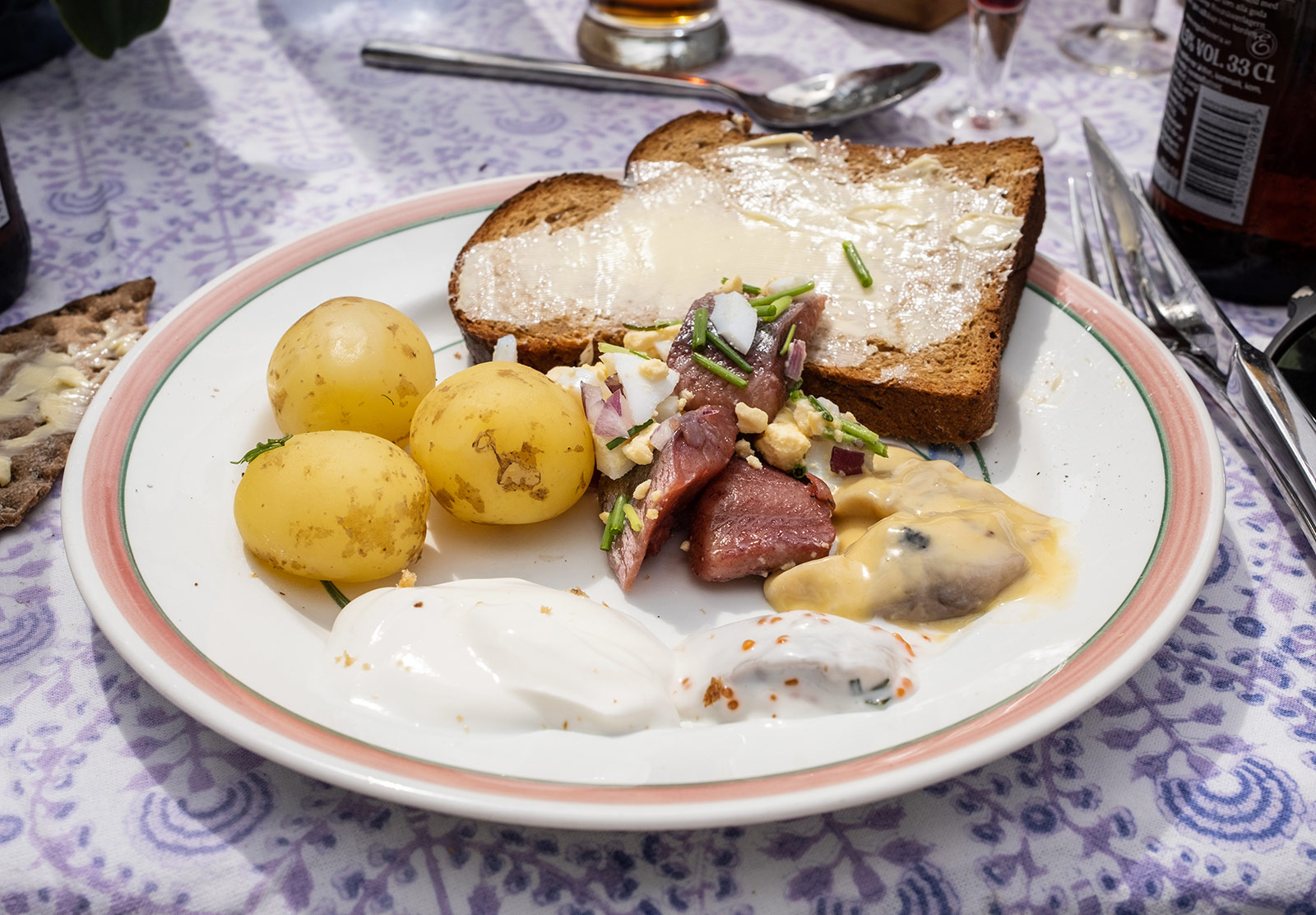 I love Swedish butter knives! I can see me buying quite a few over the next few years (or probably forever to be honest). 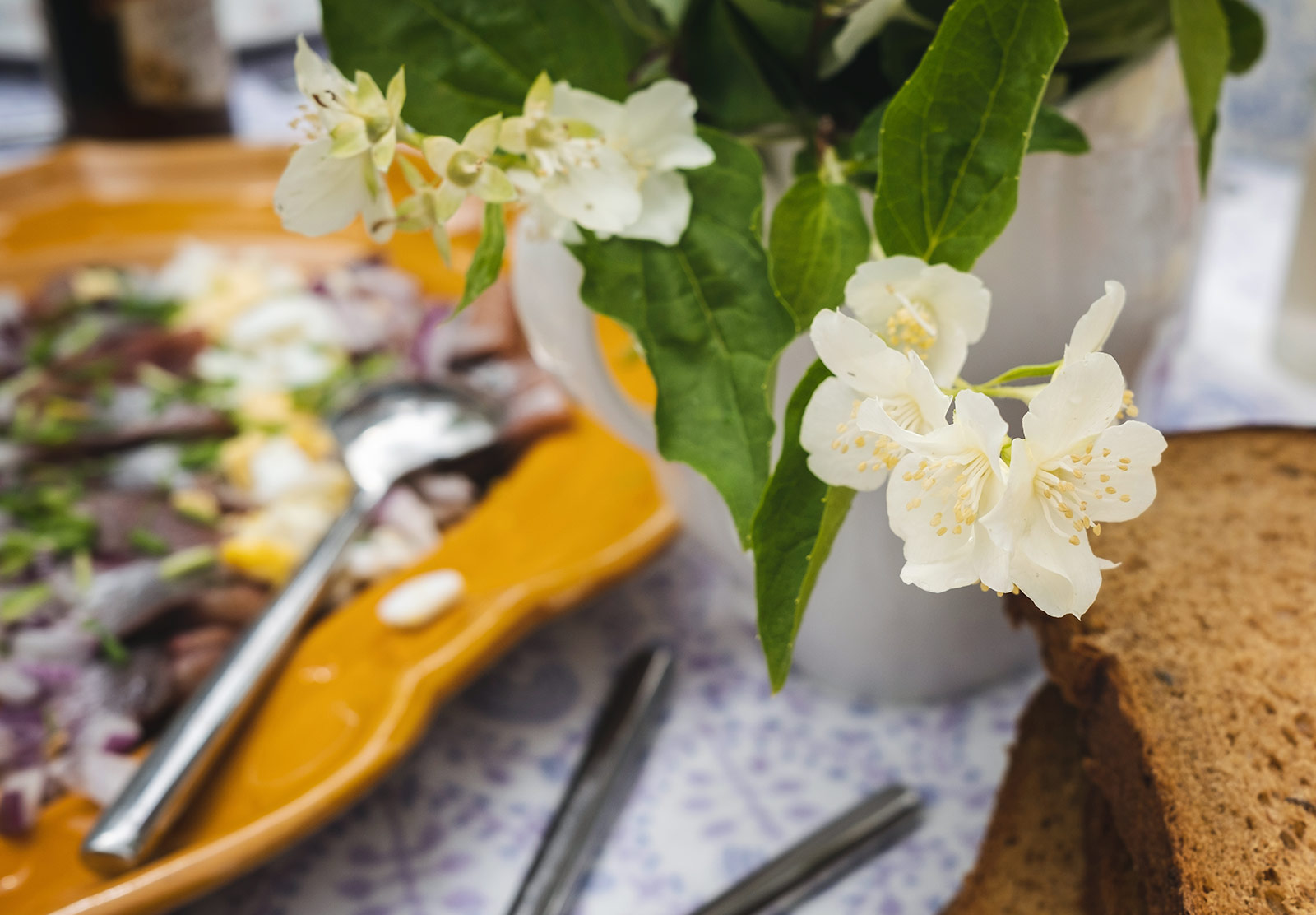 It wouldn’t be Midsommar without strawberries. Fruit served with cream and sugar. Some people also make a Midsommetårta, which is basically a strawberry pavolva or sponge.

Community celebrations were cancelled last year due to the pandemic. Restrictions were still in place this time around but there was a little more freedom. We finally experienced the maypole! It’s a little hidden in the photo above because there weren’t many flowers — a hot Summer caused them to bloom earlier in the month. It was still impressive though. A few families danced together but most people watched from a distance. Normally, everyone would be dancing around it pretending to be frogs.

We’ve been watching a TV series called Gösta. The main character keeps calling in at a petrol station to buy an orange drink called Zingo. We’ve not seen it anywhere… until we went to the drink stand at this fete. I doubt anyone else remarked “ZINGO!!!” with as much enthusiasm as I did that day. Anyway, we bought some and it was delicious. Now I can see why Gösta drinks so much of it.

The smultron were ripe. No bigger than a small fingernail but very tasty.

We spent the evening eating BBQ food, cheese and cursing mosquitos (also a Midsommar tradition). They are savage. Even Scott gets bitten here and he’s usually fine. We’d really like to venture far North but people keep warning us about the mosquitos, so we need to time it right to avoid ending up looking like pepperoni pizza.

White clothing is not something I wear very often because I don’t want to be worrying about marking it. As you can guess, this white dress didn’t finish the day in the same pristine condition it started in.

We all had a glass of whisky together and then made our way home. It was a great day. Loved the people, the food and celebrating the light. Hopefully next year everyone will be able to celebrate without restrictions.