Mischief arrived in my family when I was ten years old. Several years ago, the two of us came as a package deal during hard times, along with all my worldly possessions and a tank of tropical fish. He sat in a carrier at the back of the car and meowed like a stuck record, all the way to our new home. But it wasn’t long before he was settled into his best life along the river, enjoying the undivided attention of four humans. “He’s not spoilt” we use to say.

One Christmas, he was hit by a car and managed to drag himself home using just his front paws. We held little hope he would survive such a bad accident but the vet managed to pin his pelvis back to his spine and nurse him back to health. He wasn’t quite the same afterwards but we loved him and his wobbly legs nonetheless.

January was the end of the road for Mischief. He may only be a cat but he has been a part of my life for twenty four years and my furry sidekick through a lot of change. I’m so sad he is gone 🙁

Mischief was more like a dog. He loved vanilla custard, cuddles, sniffing everything, boxing, having his bum smacked (weird), sunshine, cleaning his white paws, shared the same hungry face as me, let us know when he was ready for bed each evening, took up all space in front of the log burner, stole warm seats, use to wait under “the magic box” (oven) for roast chicken, had absolutely no regard for gadgets and once jumped over the garden wall like a show horse to get treats! In old age, he learnt to get along with dogs and mastered the art of quietly farting and walking away. More to his amusement than ours. 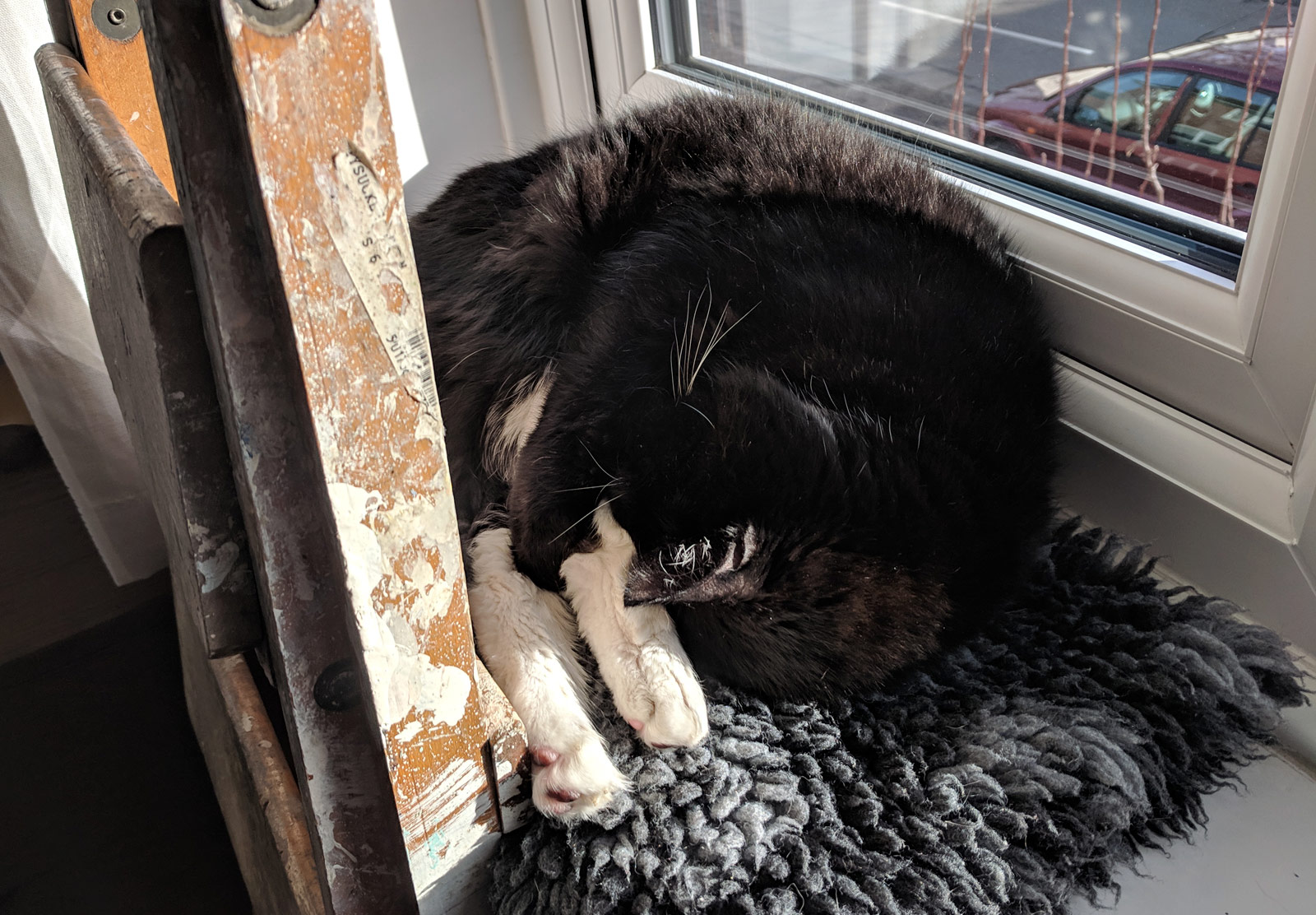 ^ The “cat protection ladder” aka a rickety old painting ladder that stopped him slipping off the windowsill when he fell asleep in the sun. 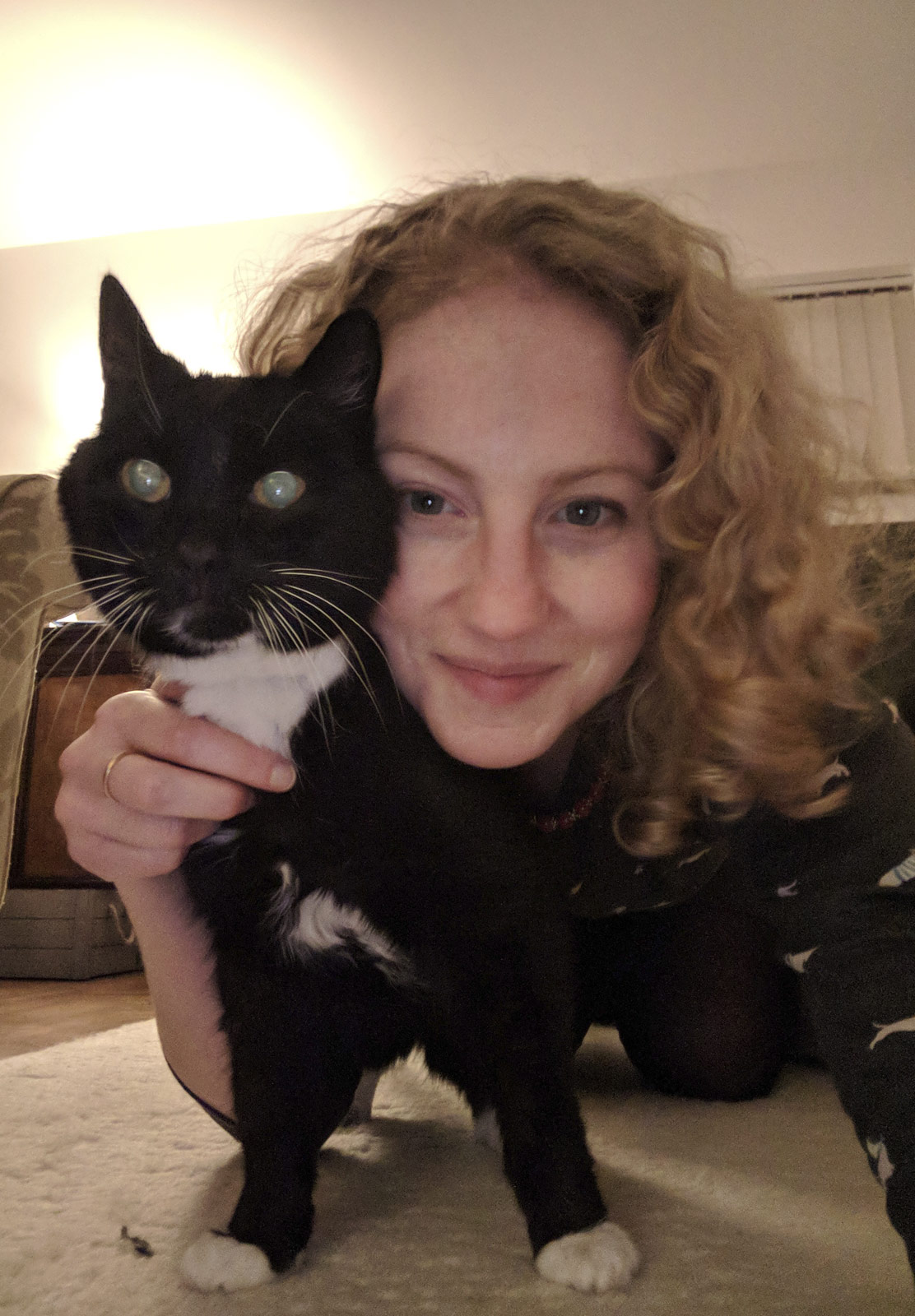 When to put a cat down

I’ve written this post partly to remember all Chief’s quirks and partly to help anyone else Googling “when to put a cat down” — reading about other people’s experiences helped us make a decision.

Mischief had arthritis, failing kidneys, tail problems from a nasty fox bite, a dodgy thyroid and old teeth. He was trucking along quite happily for a while but his kidneys got worse, meaning he would no longer survive an anaesthetic and more drugs would have caused them to fail.

Feeding became painful, he was lethargic and clingy, struggled with solid food (hooray for cat soup), wet his bed a few times and seemed generally uncomfortable moving around. His quality of life declined quite quickly towards the end and that signalled it was time to say goodbye. In hindsight, it was absolutely the right decision but a horrible one to be faced with at the time.

If you are struggling with the same decision, you might want to consider whether you are starting to notice good days (which suggests bad days are becoming normal) and whether your pet still has quality of life (can eat, drink and clean without discomfort). If you are questioning whether it’s time to say goodbye, they’ve likely reached/are close to that tipping point.

The procedure (putting a cat down)

I Googled the procedure because I wanted to be prepared but our experience (UK) was different to some of the stories I read. I go into details in a moment so you may want to stop reading. We paid a little extra for someone to come to our house because neither of us could face leaving the vets without him — this is personal preference rather than me saying there is a right or wrong way to approach it.

The vet asked where we would like the procedure to take place so we chose one of his favourite spots — a sunny windowsill in the office. Mischief received a combined sedative and painkiller which made him very relaxed within a few minutes. The final injection was administered (in a kidney not through an IV), he took a few deep breaths and passed away with me holding him. It may sound awful but he didn’t show any signs of pain, even during the first injection. Didn’t stop me bawling my eyes out after the vet had left the house with him though! 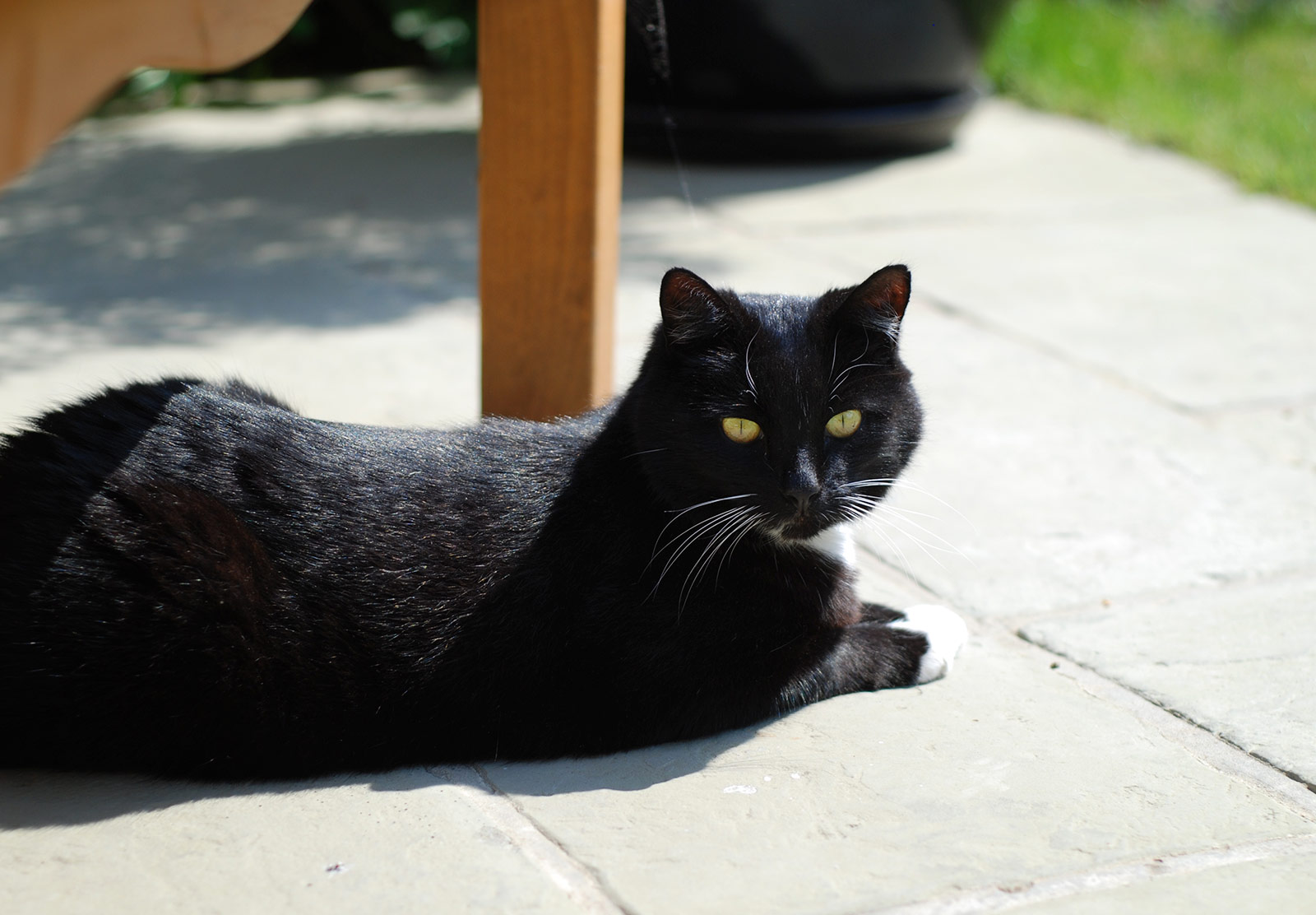 So this concludes the long life of Mischief/Chief/Chieftan. Twenty four years of Mischief making, selective hearing and using us as human heat pads. Even though he had ups and downs, these last few years were still his best. We were so lucky to have him for as long as we did.