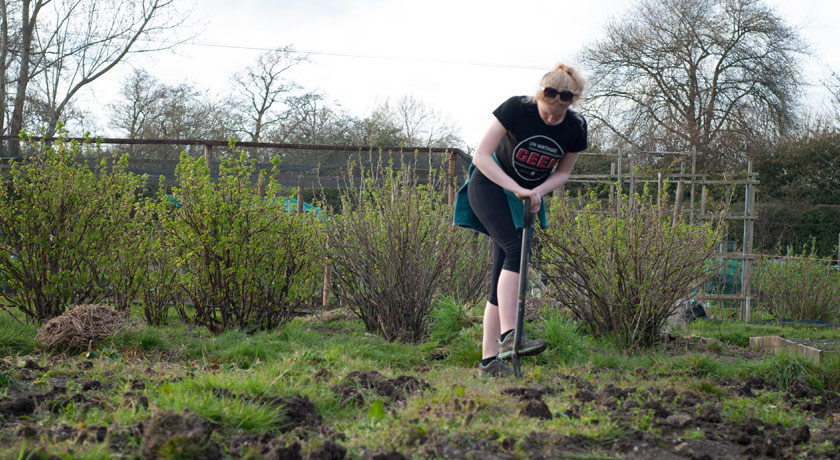 Last week we got a little closer to self sufficiency. There was a knock at the door one evening and a man said he’d noticed our enthusiasm for gardening and asked if we would like some allotment space! I don’t need to tell you what our answer was.

We were shown a couple of plots; one in the middle and one on the edge. We chose the one on the edge of the allotment because there was more space for a plot to plate BBQ and we can make mistakes without too many people seeing. He was very kind and gave us some rhubarb from his plot, spare seed potatoes and leant us a book about allotments. Anyway, let me show you our plot!

It measures roughly 8m by 12m – I still need to measure properly though. We plan to use a third of it for permanent crops like fruit, berries and herbs. That way we’ll only be replanting two thirds of the plot rather than the whole thing each year. 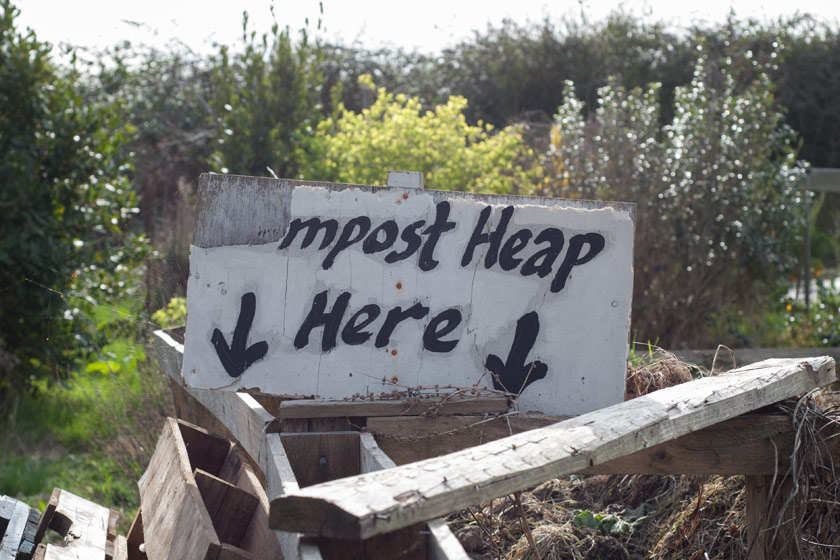 Although it hasn’t been left unused for long, weeds have made themselves at home. I discovered an article called Listen to Your Weeds ~ What Weeds Tell Us About Soil Structure which talks about identifying weeds to learn about soil type. This could be a useful exercise for us because we don’t know anything about the soil yet.

One of the plot owners is going to rotivate our space for us. Over the next few days I’ll continue to loosen the rock hard areas of soil and dig out certain weeds. I was told that if dandelions or dock leaves get chopped up and scattered about then loads of them will pop up. Larger docks are b@$t@rds to get out. Some of the roots have been as thick as a carrot and nearly 30 cm long. 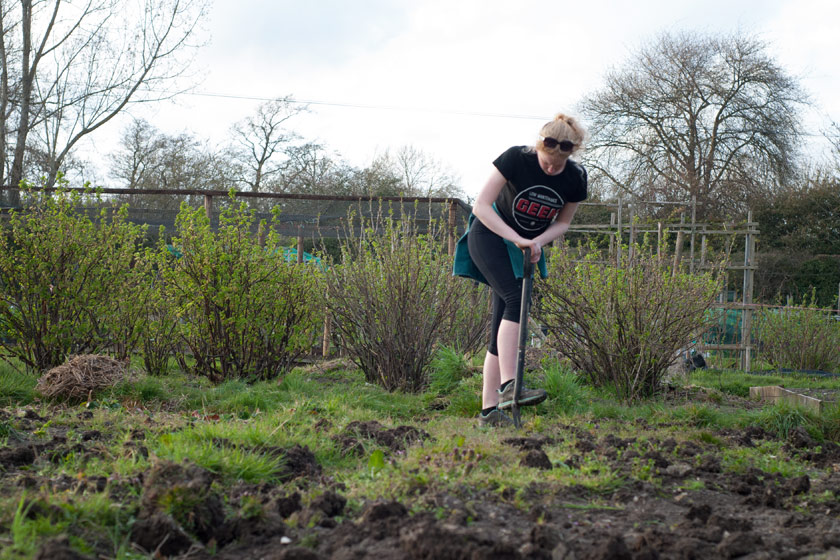 I found a few gems hidden amongst the weeds and long grass. A patch of strawberries, chives, parsley, beetroot, potatoes and this celeriac. There are four of them so I’ve left them in for now to see what happens. They may end up edible, they may not. Or they may end up getting ripped apart by the rotivator.

The patch of strawberries is a good size. I dug out some of the seriously stubborn weeds and removed weak looking runners. Apparently they are in their second year so we might get quite a bit of fruit in a few weeks time. 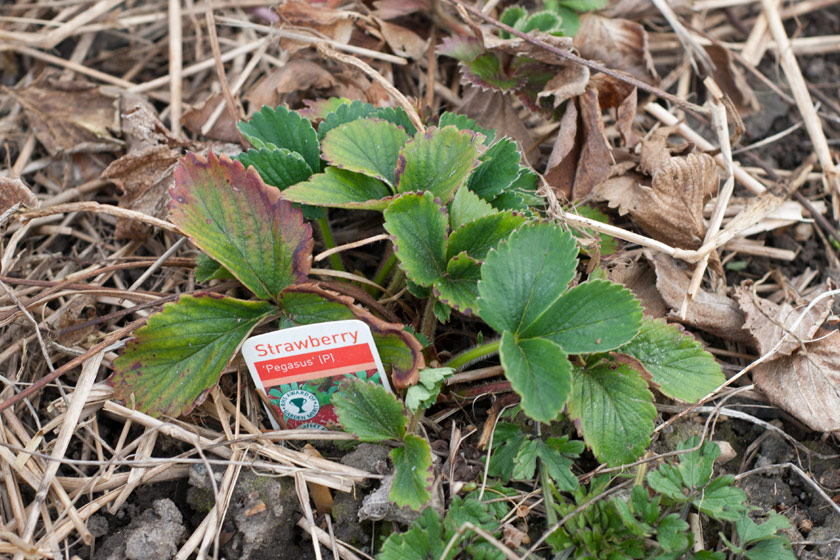 5 hours and quite a bit of sweat later, the plot is looking good! I say good, but I really mean slightly less overgrown than it did a few days ago. 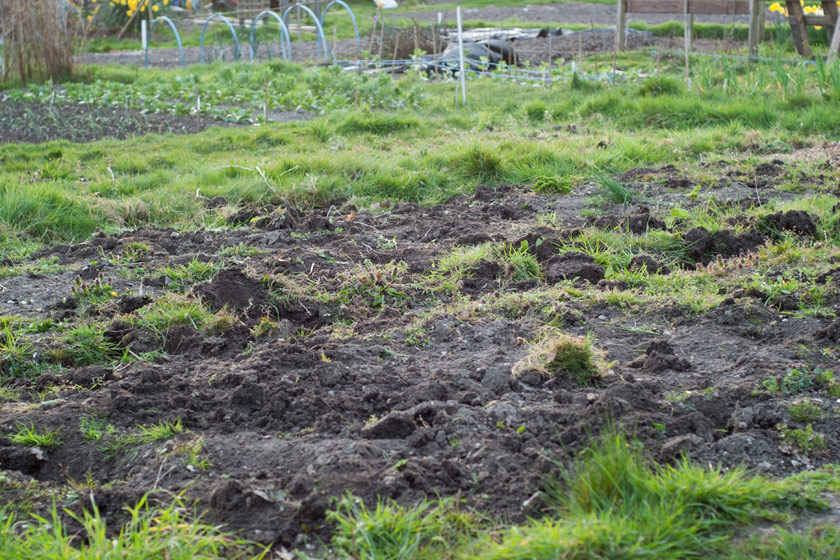 I’ll post an update when we have a bit more to show. If you own an allotment do you have any tips for us? It can be about planning, plants, anything! I’d love to know your thoughts.

10 comments on “One step closer to The Good Life”