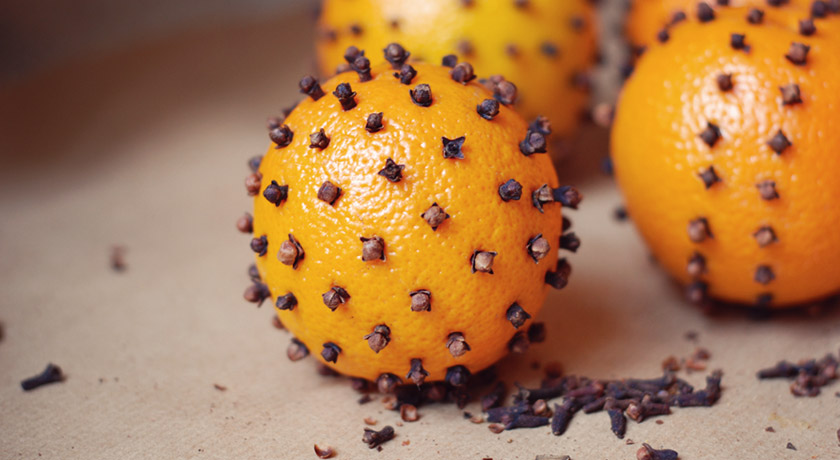 I first discovered orange pomdaners on holiday in Cornwall a few years ago. We took a long walk and ended up at Trerice manor house. Inside the main house was a room decorated in the style of an Elizabethan Christmas – the decorations were made from spruce branches, cloves, bay leaves, cinnamon and orange pomanders.

I tried to make pomanders last year but left it a little late. I read that you can put the oranges in the microwave to speed up the drying process, but this went hideously wrong and I ended up with soggy oranges that smelt like cough syrup. Fail. This year I’m doing it properly and allowing enough time for them to dry in time for December. Here’s how I made them… 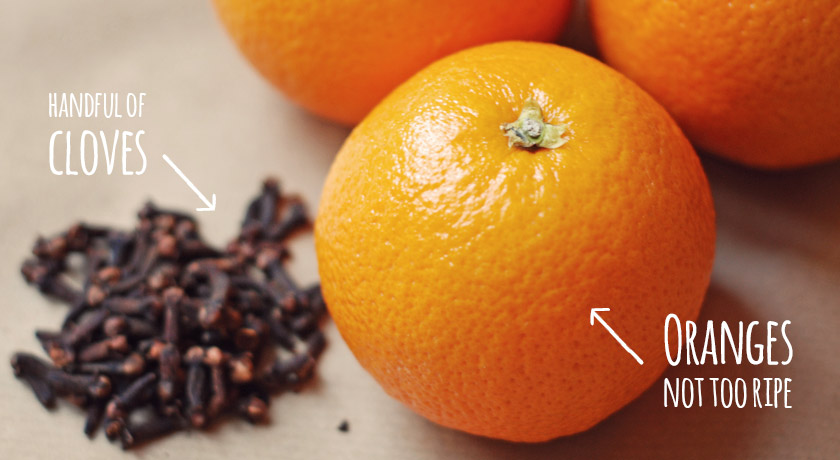 Stud the orange with cloves in your chosen pattern. I found the best way to avoid broken cloves is to pinch them either side and ease in rather than push on the top of the clove.

I kept most of the pomanders simple by studding the whole orange rather than using a pattern. Studding in this way will make it easy to roll in Christmas spices.

This pomander has tracks for ribbon, which will be tied in a bow on the top.

For now, they’re in the airing cupboard until completely dried. Once dried I’m going to put them in a big bowl in the living room to make the house smell festive 🙂

If you want to make your own you can follow the tutorial on the Riverford blog.

5 comments on “How to: Orange Pomanders”