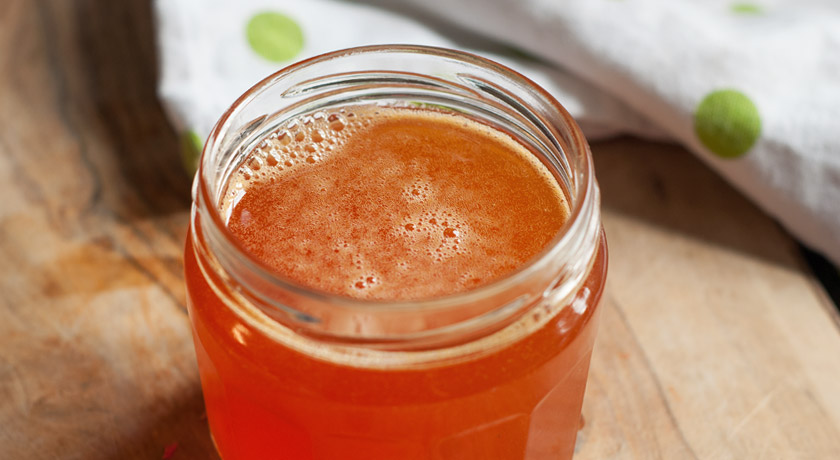 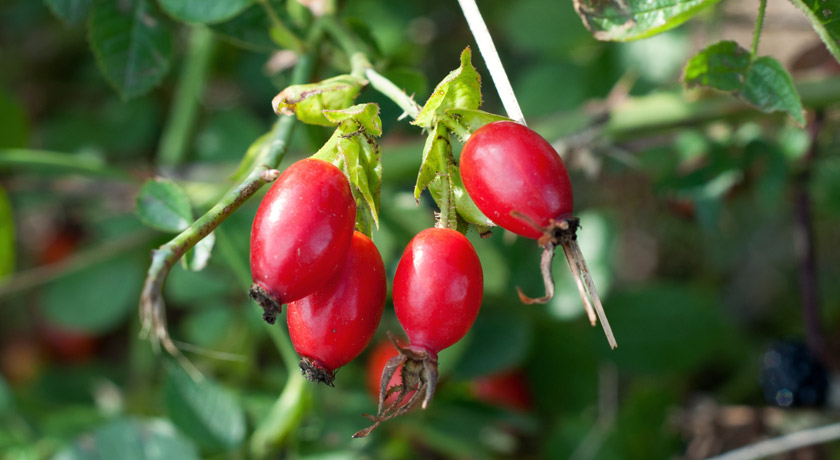 We were out on our bikes at the weekend and I spotted lots of rosehips growing along one of the lanes. They were plump, deep red in colour and ready for picking. My arms and legs got chewed by brambles and stinging nettles but I managed to pick enough for a couple of jars of rosehip syrup. Seeing them jogged the memory of making rosehip syrup with Scotts Mum a few years ago (also the first time I tried it). Here’s how you can make your own:

How to make rosehip syrup

The quickest way to do this is using a food processor. I chopped mine by hand and also made sure I removed any soft or mouldy looking bits which could cause it to spoil.

Add the chopped rosehips and water to a pan. Bring to the boil and simmer for 15 minutes.

Double up a piece of muslin and place inside a colander – it will catch the pulp and most importantly the tiny hairs. Drain the rosehips through the muslin. Once cooled a little, squeeze out any juice that hasn’t drained through. 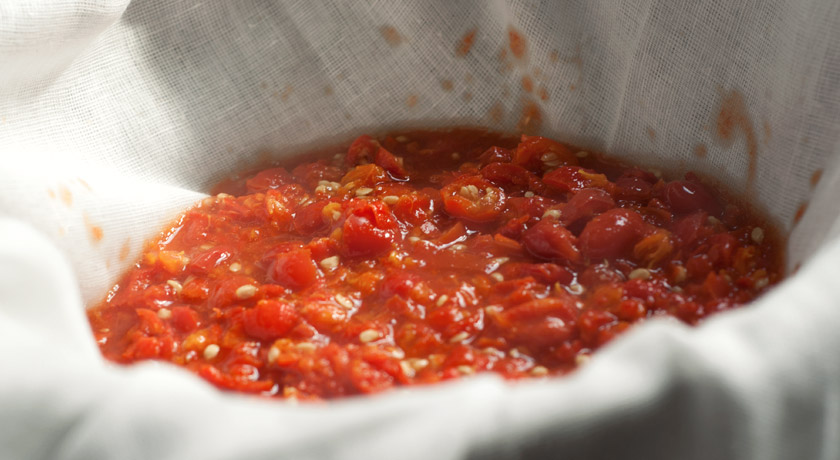 The drained liquid should look like this. Bright, orangey and slightly silky. 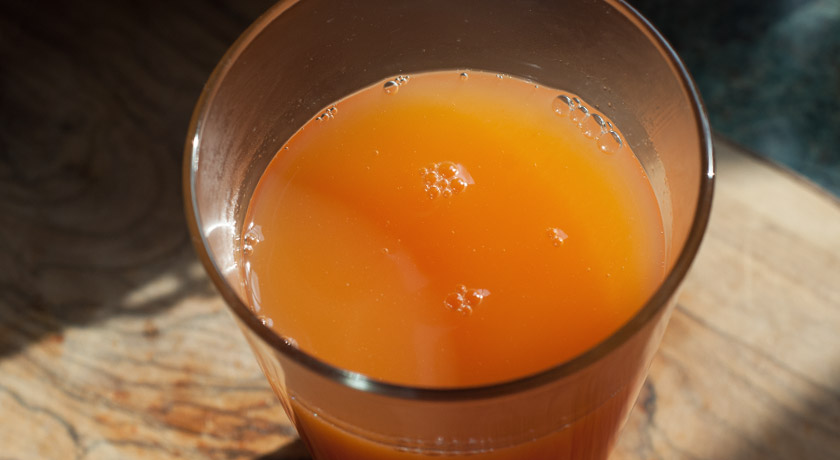 Pour the drained liquid back into the pan and add the sugar. Heat slowly until the sugar dissolves and then boil for 2-3 minutes. You’ll notice the liquid become a brighter shade of orange and turn semi transparent.

Pour into sterilised bottles straight away and seal. I hadn’t planned to make rosehip syrup that day so I only had jam jars to pour mine into.

It’s delicious! Sweet, fresh and syrupy. You can pour it onto porridge, fruit, ice cream, pancakes, waffles, cereal and use it to sweeten herbal teas that smell amazing but taste like dish water. 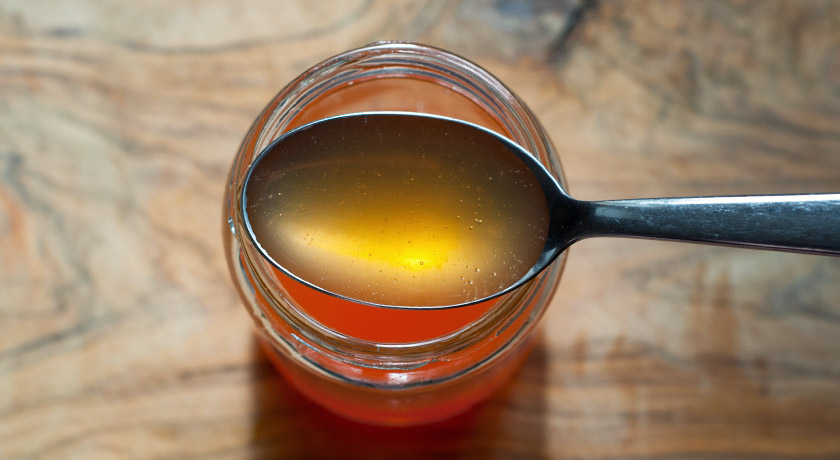 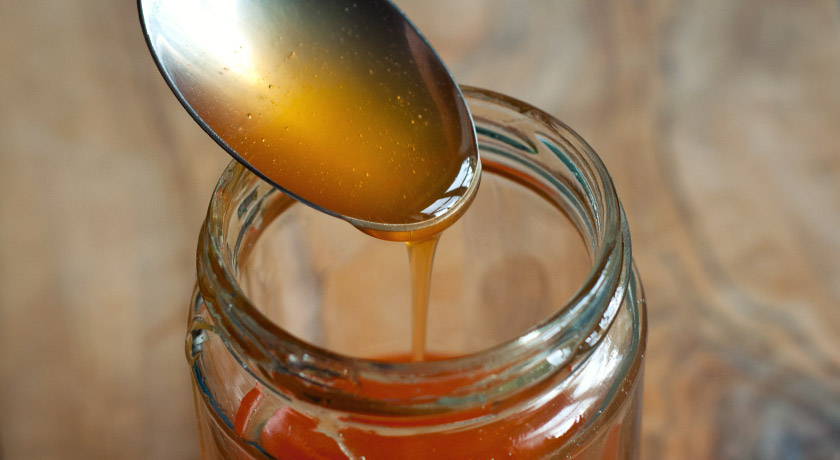 Rosehips contain lots of vitamin C (50% more than the same amount of citrus fruit) so you could just use it as a vitamin boost during cold and flu season if you wanted to.

“During World War II, the people of Britain were encouraged through letters to The Times newspaper, articles in the British Medical Journal, and pamphlets produced by Claire Loewenfeld, a dietitian working for Great Ormond Street Hospital for Sick Children, to gather wild-grown rose hips to make a vitamin C syrup for children. This advice arose because German submarines were sinking commercial ships, making it difficult to import citrus fruits.”

If you spot some rosehips, why not try making your own? It’s really easy and only takes about 30 minutes from chopping board to bottle. As with anything worth foraging, your hands will get stung by thorns and brambles but it’s all worth it when you taste what you’ve made.