Svolvær has a distinct smell when the wind blows in the right direction — stockfish. Stockfish is Arctic cod that has been air dried on wooden frames (hjell) outdoors for three months, then a further two or three months indoors. As the cod starts to dry, it develops a rich and buttery sea like smell.

Warning: this point contains images of dried fish heads and bodies. You may not want to scroll down much further if you are squeamish about that sort of thing. 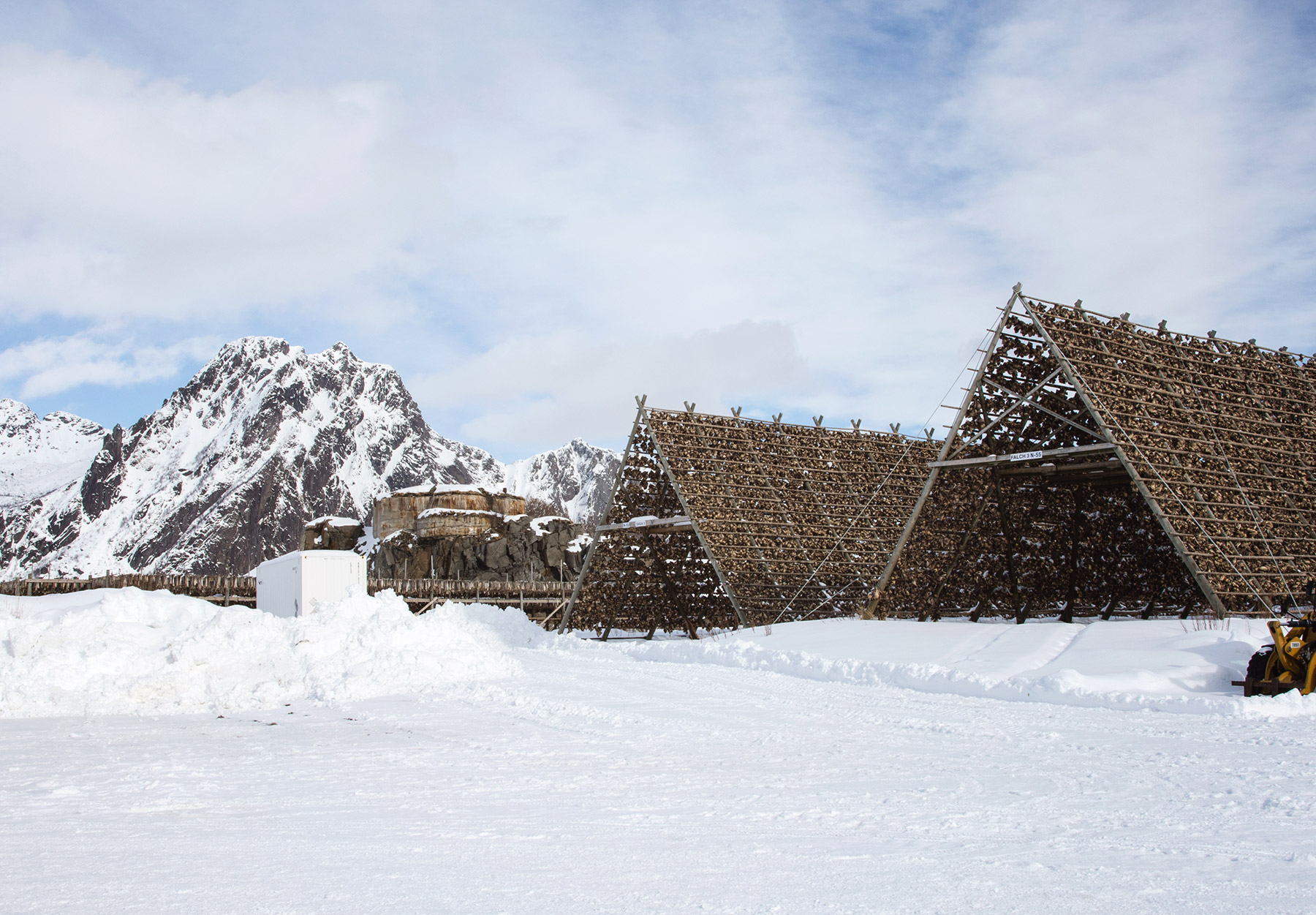 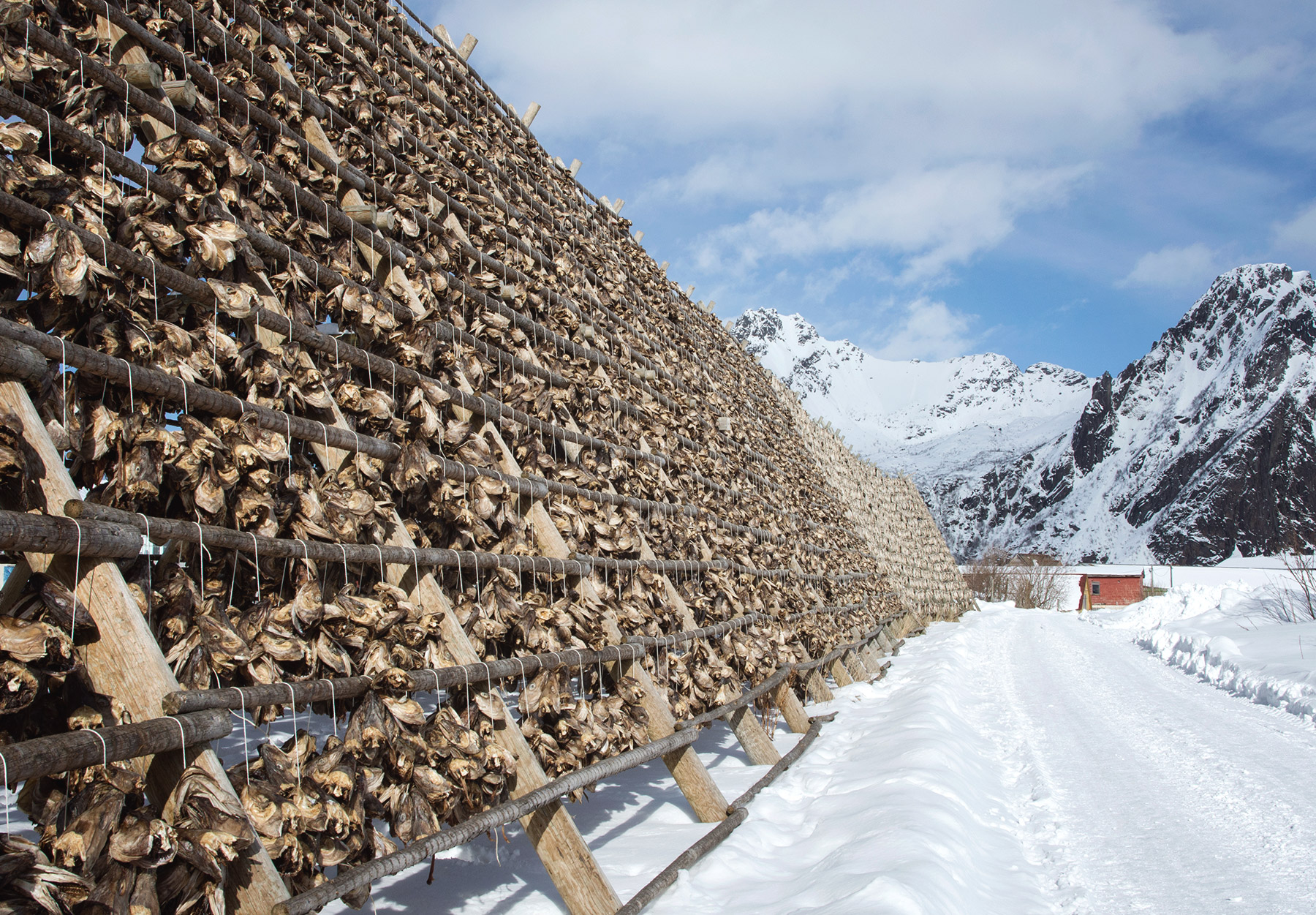 I’m not sure how many frames are here but they must hold tens of thousands of cod heads and bodies. And these frames are huge! You only get a true sense of scale when someone stands underneath. 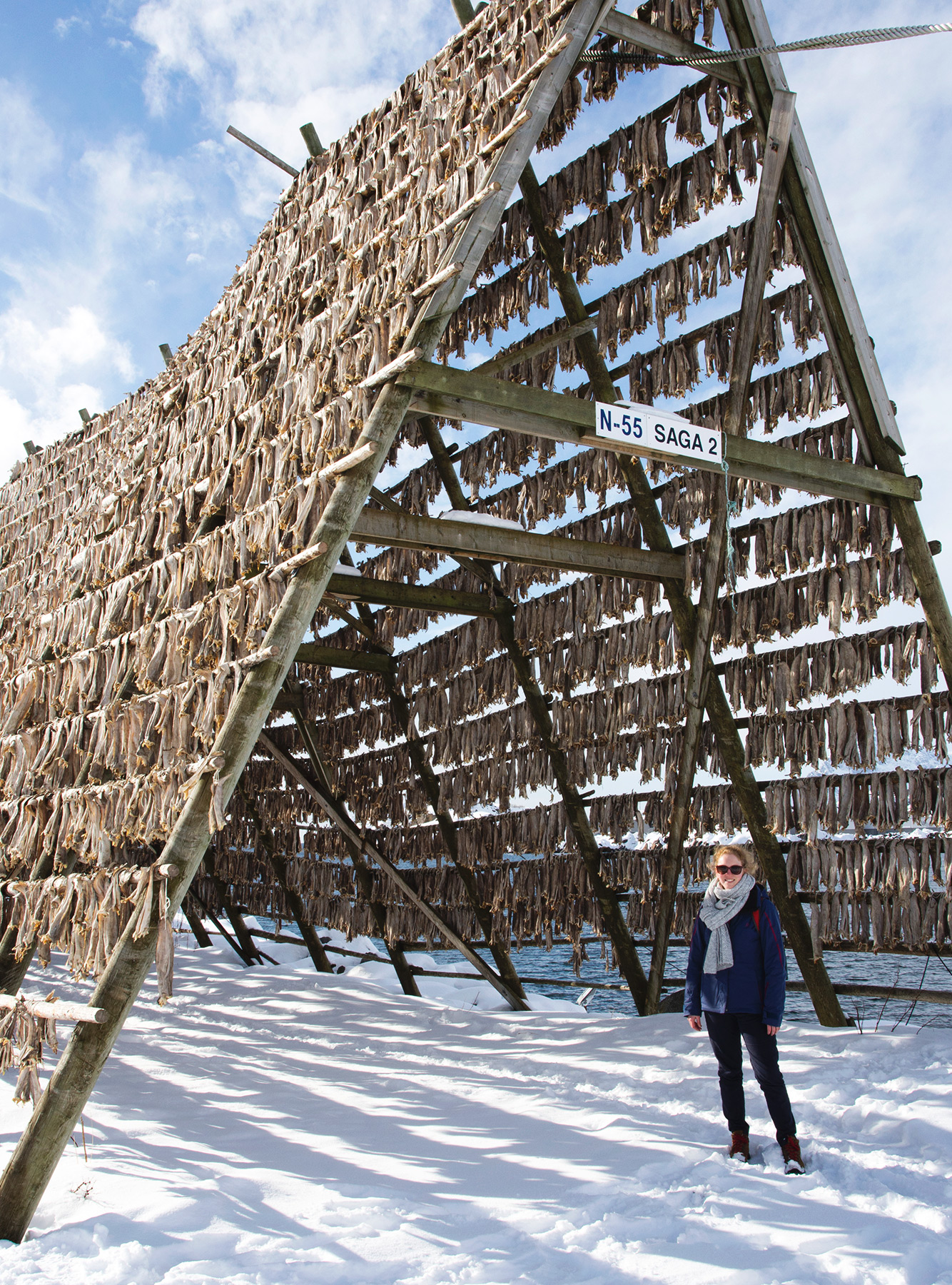 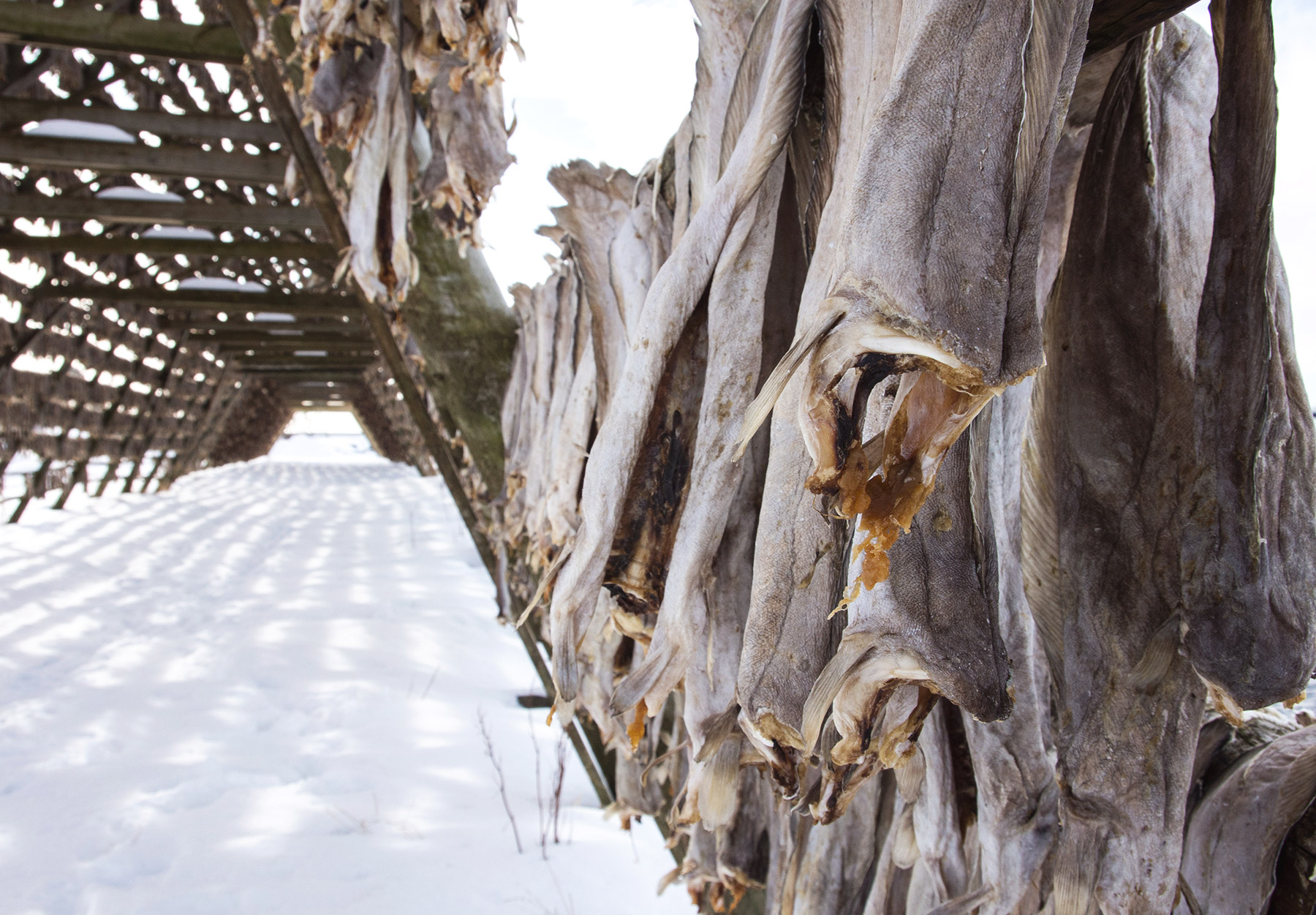 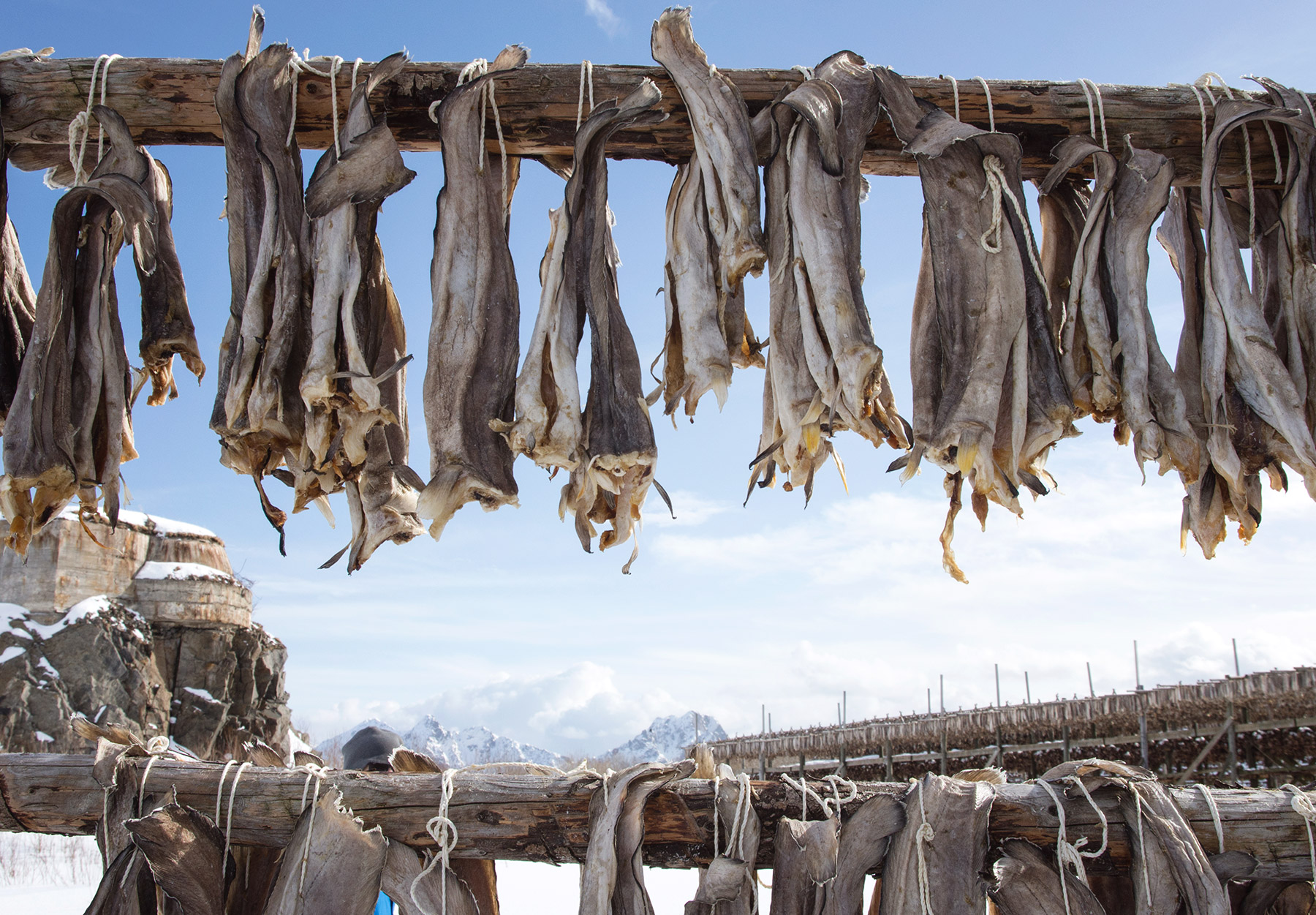 I’ve been eating stockfish in Norway and it’s delicious. No wonder, it spends several months drying outdoors in crisp, fresh air from the mountains and fjords surrounding the Lofoten Islands. 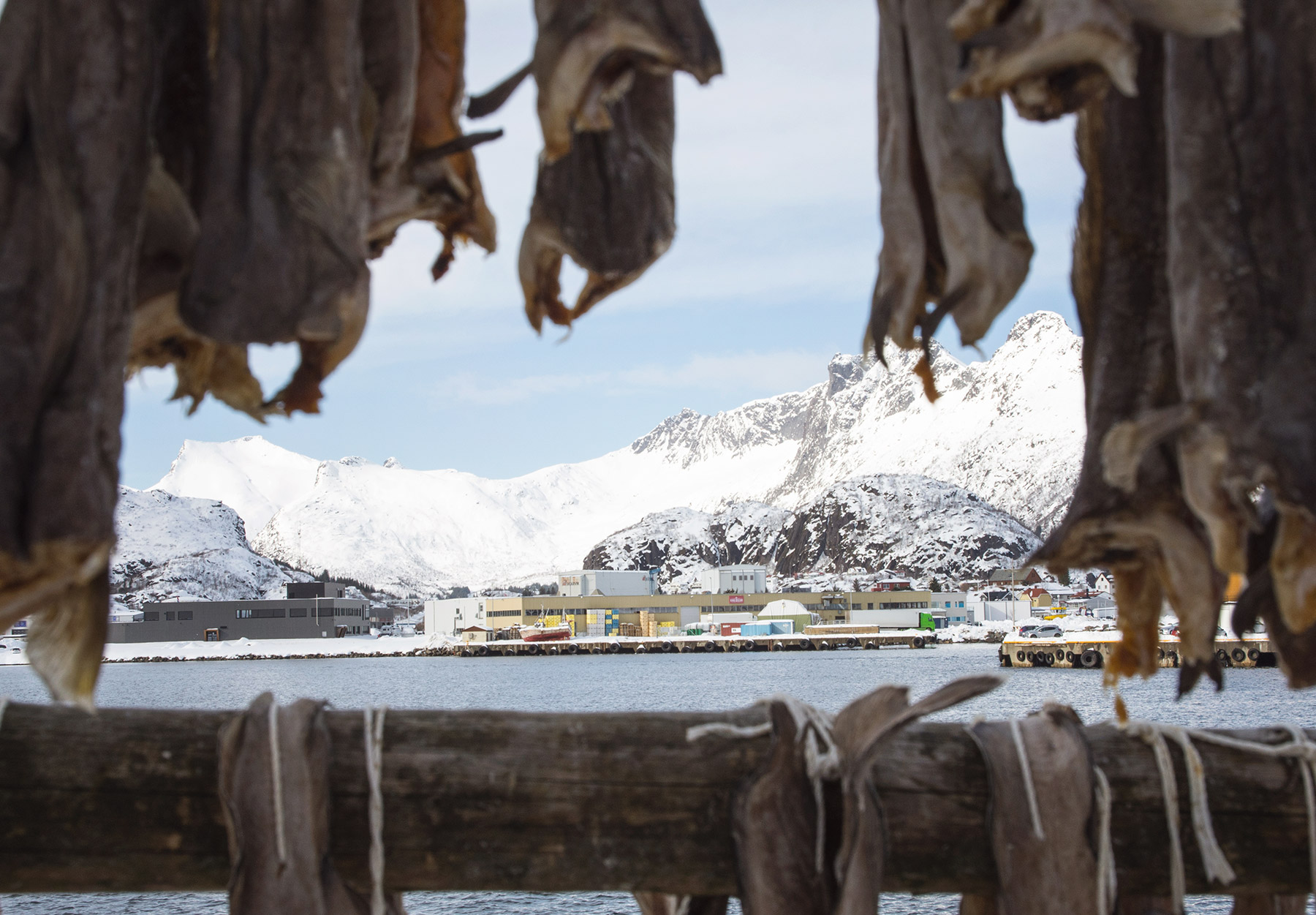 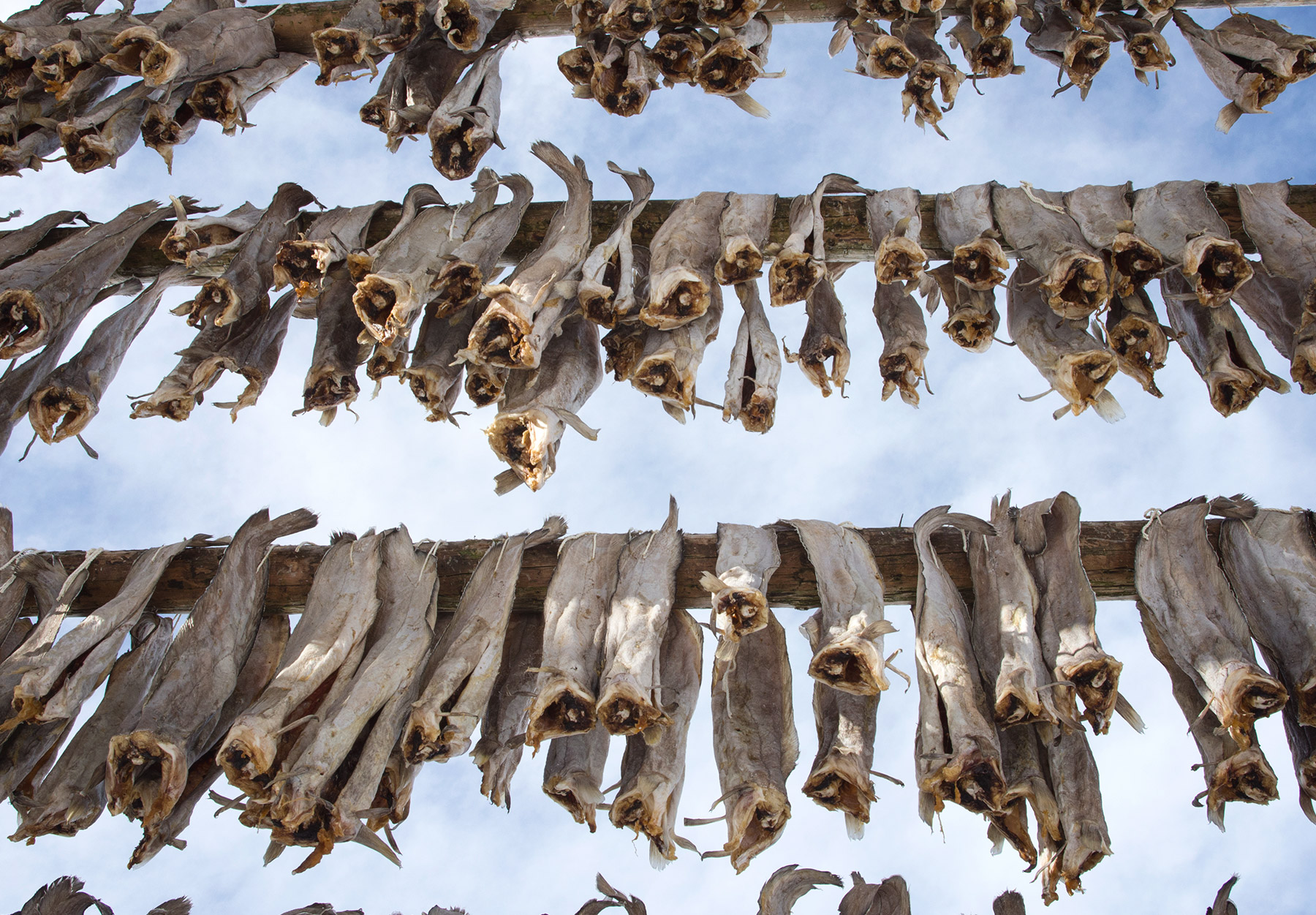 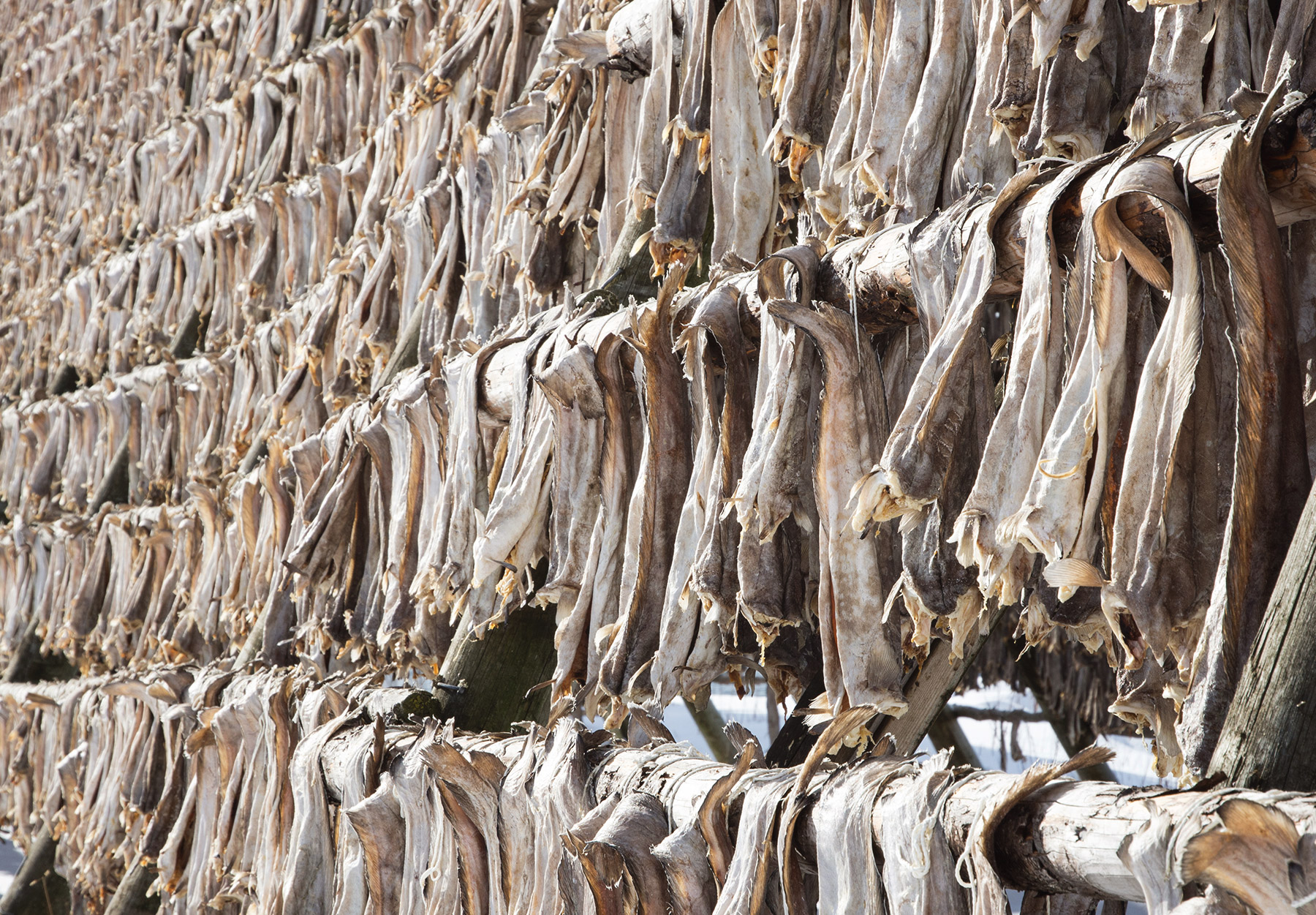 Scott was further ahead of me and called out, “you’ve got to see the heads!”. Heads!? This is your last chance to stop reading before the head photos. 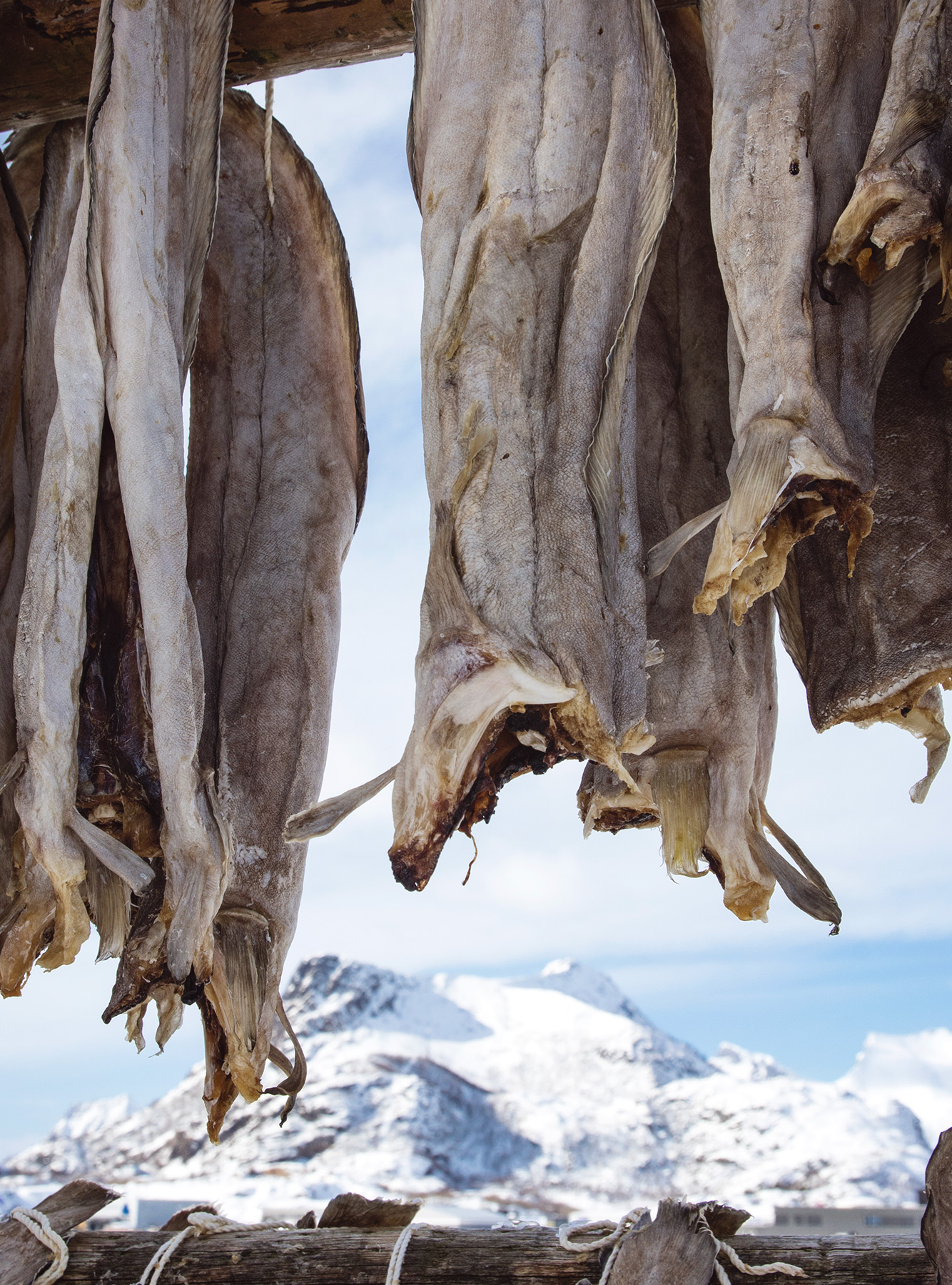 Multiple heads are strung in bundles on a separate area of the frame. They do not smell so good. I thought seeing chopped heads might be a bit gruesome but it was actually very interesting. I’ll probably never get another chance to look a cod in the eye! 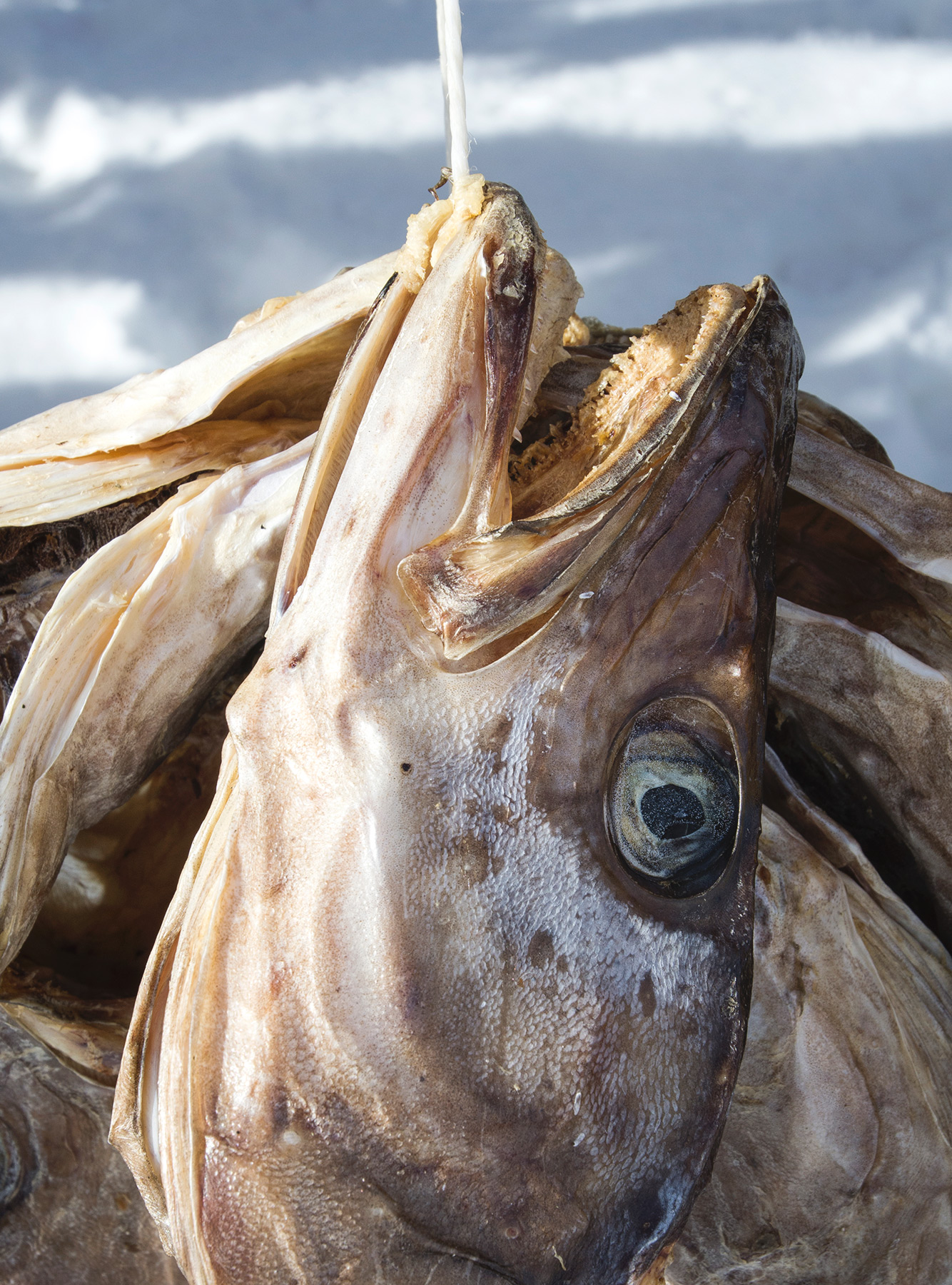 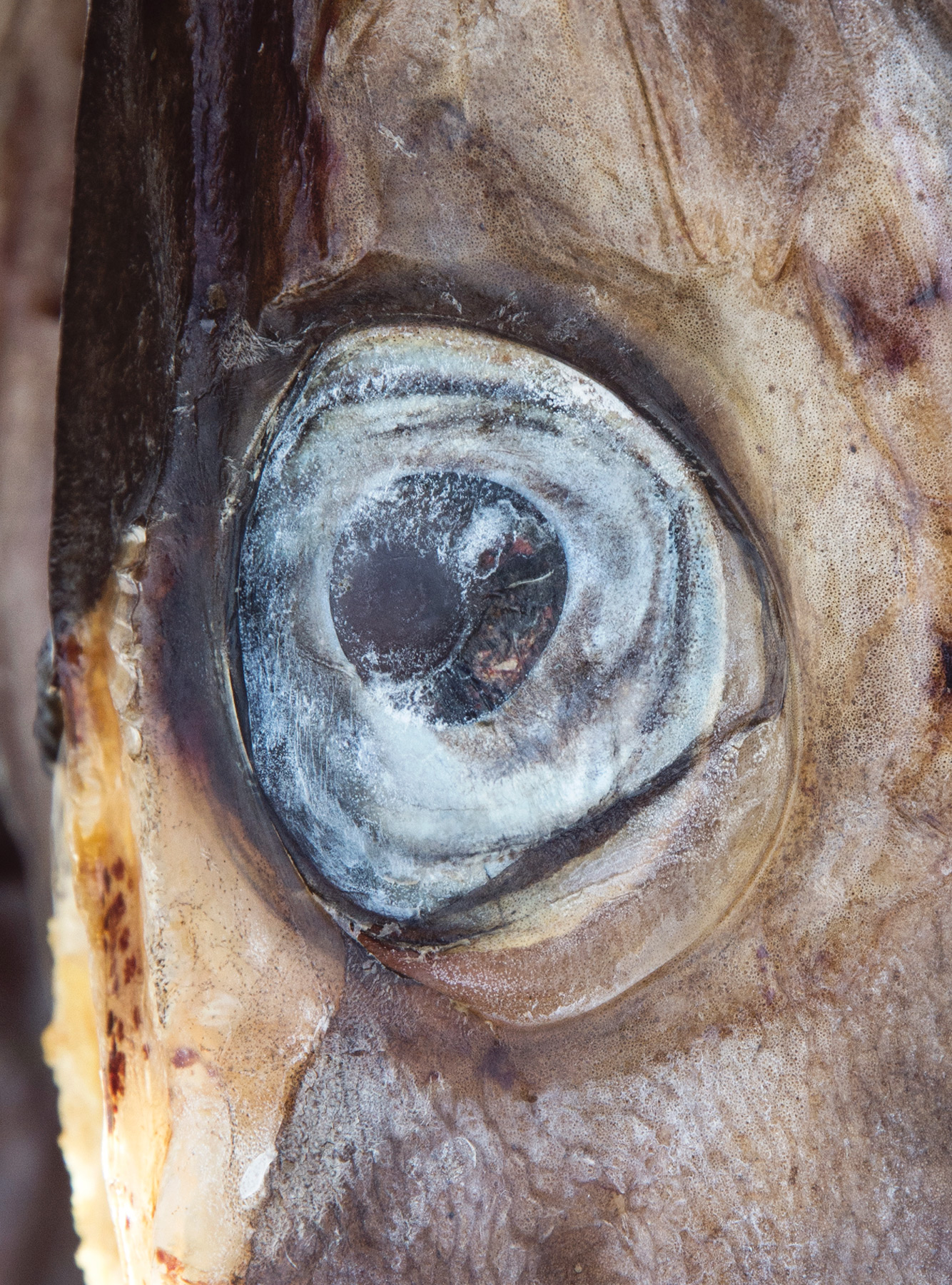 Seeing cod bodies hanging was one thing but the heads made me feel a bit green. Having said that, I like knowing how food is made (gory details and all) so I can decide whether I really want to eat it or not. The heads are used to make other things and the flesh from the body is eaten as a fillet of fish. 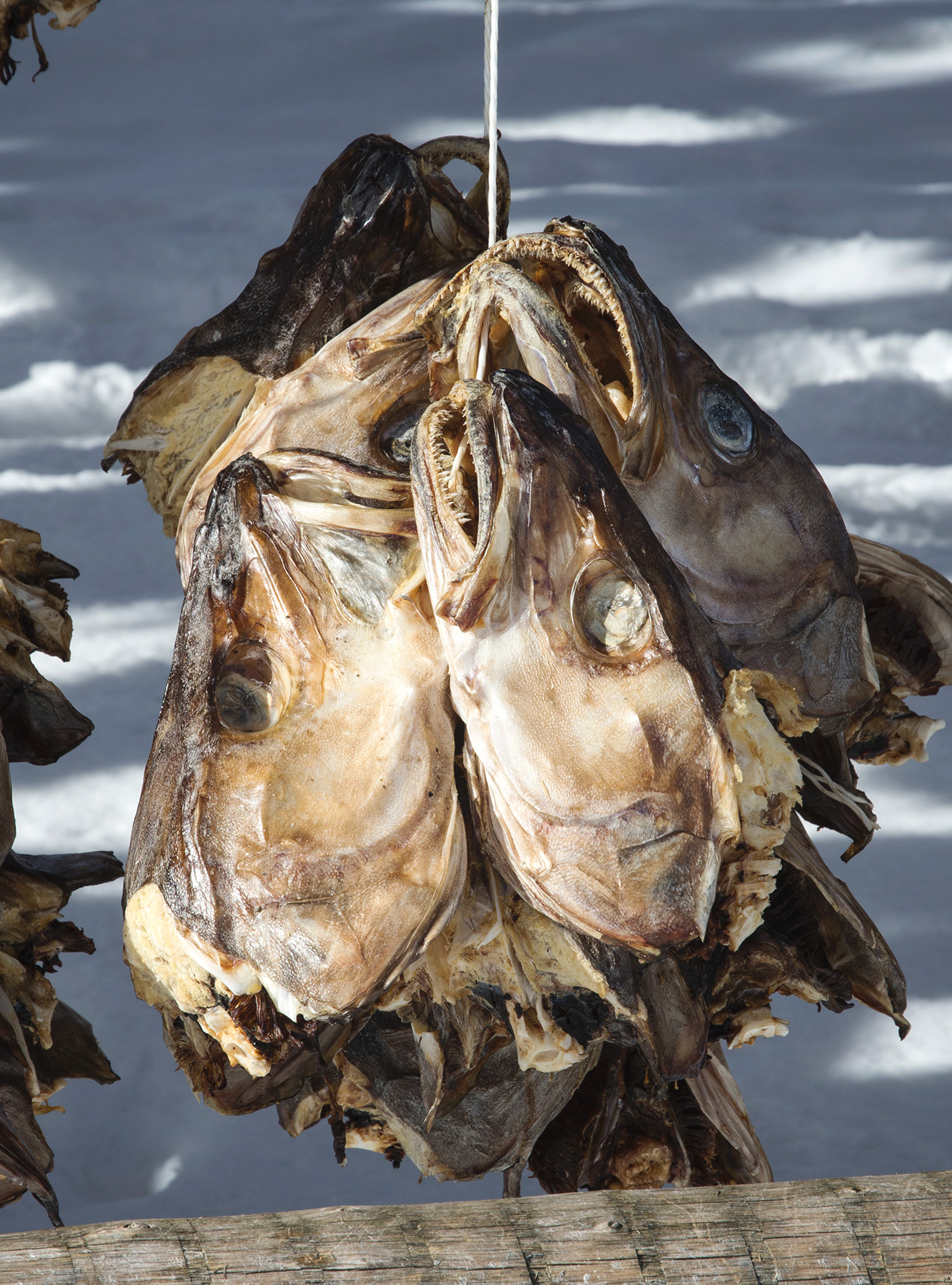 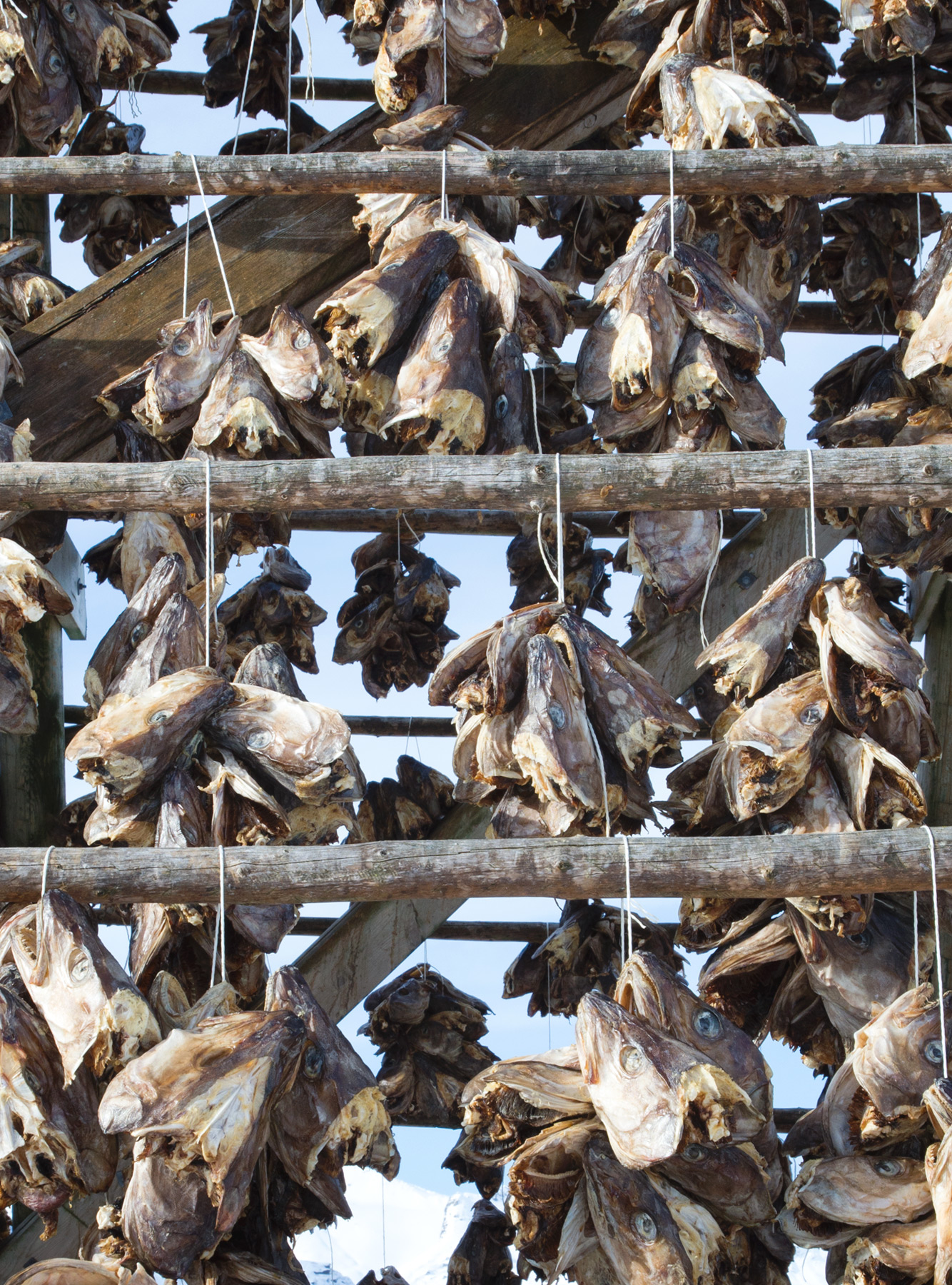 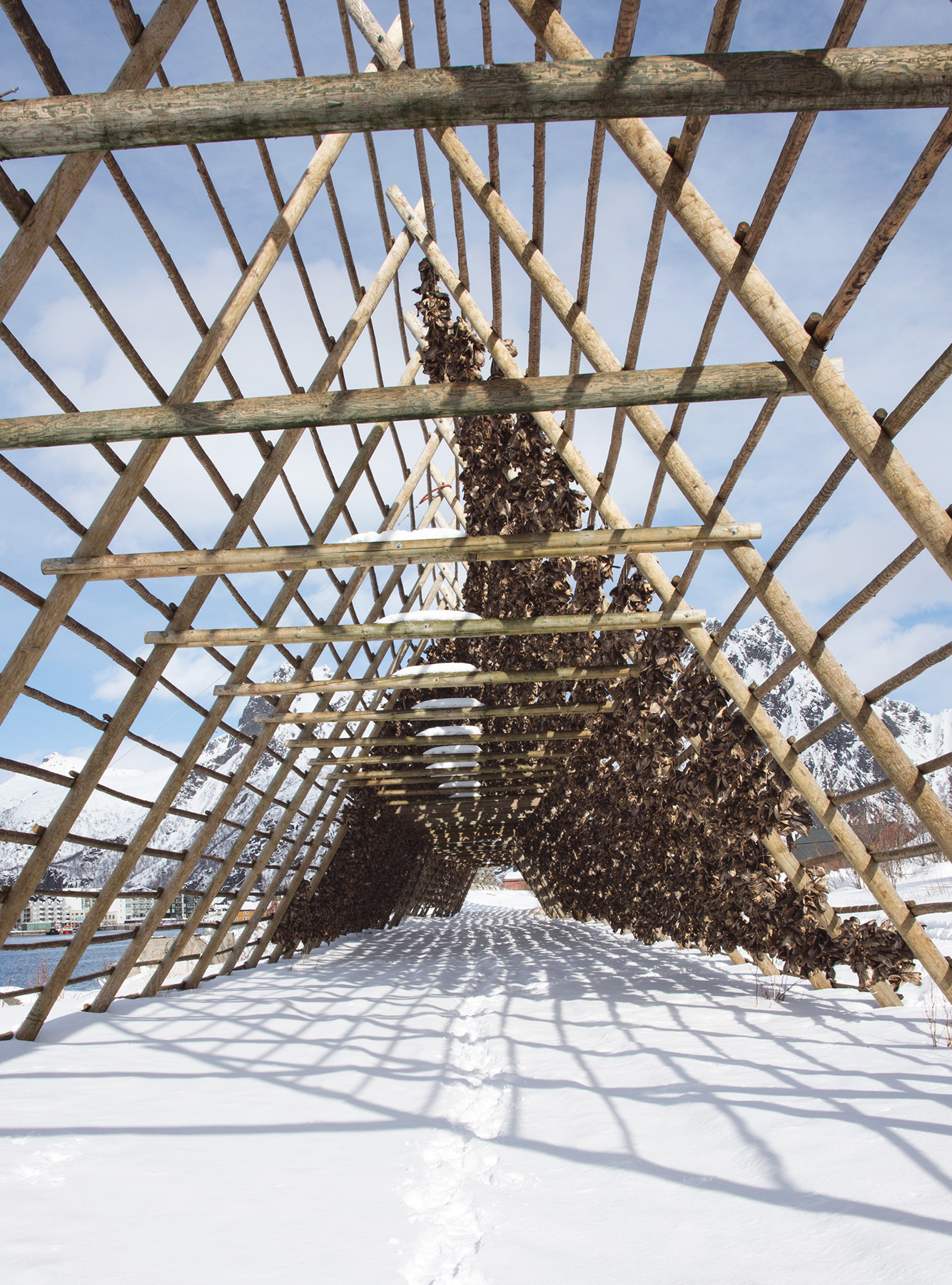 I’ve been looking at Lofoten history books and these frames have been a feature of the landscape for hundreds of years. I wonder how many people would be living here today if it wasn’t for cod? Probably not many. That’s something to think about next time I’m tucking into a plate of stockfish.