During our time in Gothenburg we discovered a great little antiques shop called Fåfängan Antik. Collectable items were piled high but the postcards are what caught my eye. I collect nicely illustrated “things” and the older they are the better. So when I saw these I couldn’t resist. I’m curious as to what is written on them so if any Swedish speakers can help me translate the text on the front or back of these cards, I’d be super grateful.

This postcard reads ‘God Jul’ – Happy Christmas. The illustration is by a Swedish illustrator called Hedvig Rosendahl. I don’t know why but I find these elves being pulled down the hill by pigs really funny!

I put the blue text on the right in to a translator and this is the result. The translation is quite disjoined but gives you a rough idea of what is being said.

Hi and Hello! at full gallop
(For hi och hej! i full galopp)

The postcard was sent to Herr (Mr) Rickard Weidling and he lived at Kaptensgatan 9 halmstad. 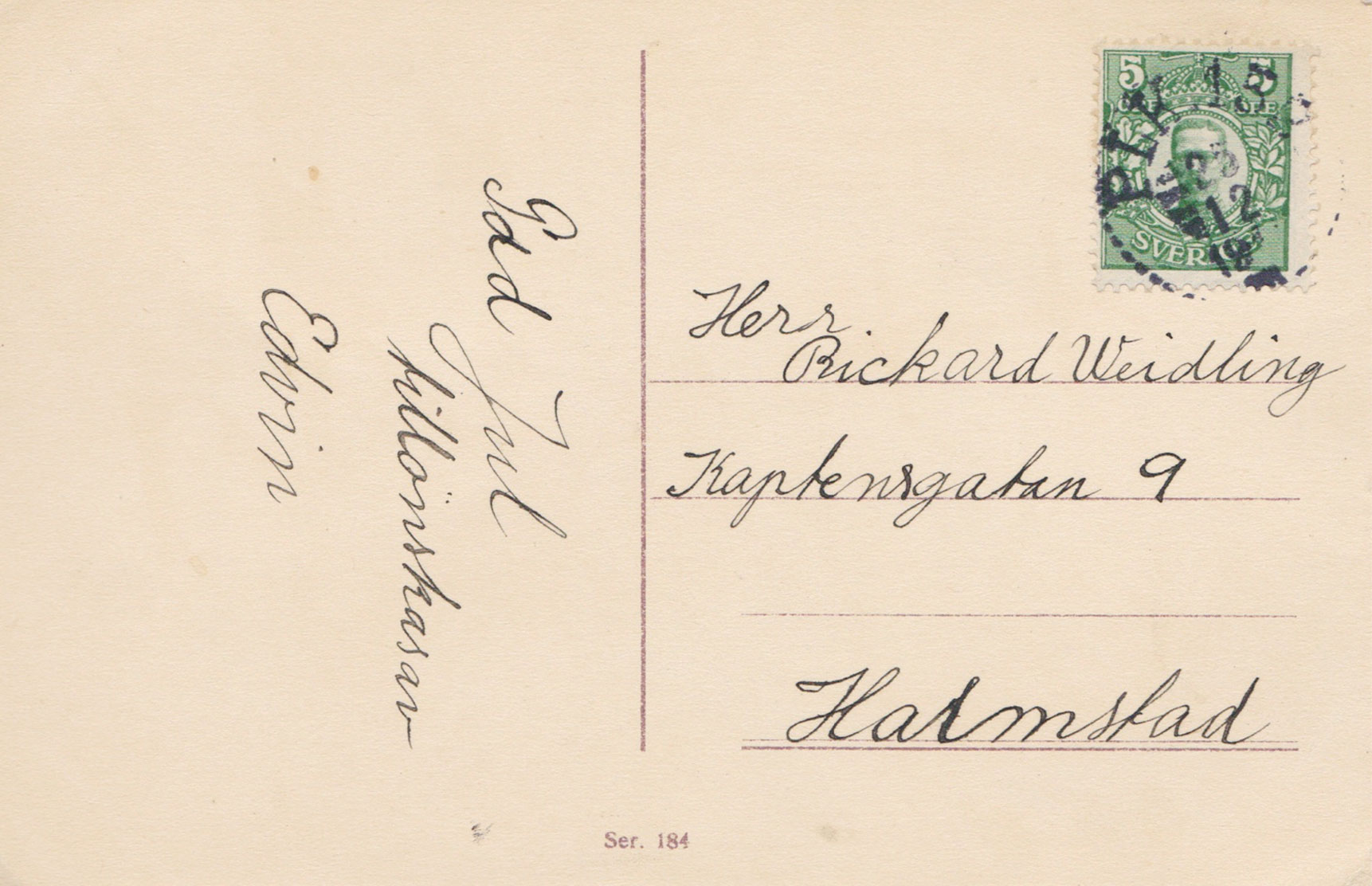 Finding the creator of this next illustration took me ages. I based my searches on the initials H.E (bottom left corner) but it turned out they were actually E.H. This lovely illustration was in fact created by Elsa Hammar. There is hardly any information about her online but I discovered she was best known for her paintings of peasant life in Dalarna (Sweden). That makes me think the woman on the postcard is a Swedish peasant in traditional dress.

I’d really like to know what this message says. I’ve tried to translate it but so far I’ve only picked out the following: ‘glader’ (shall be gay), ‘moster’ (aunt), ‘sig tile’ (the tile) and död (dead). I identified a few other words like ‘now’ and ‘the’ but they don’t give many clues about the bigger picture. 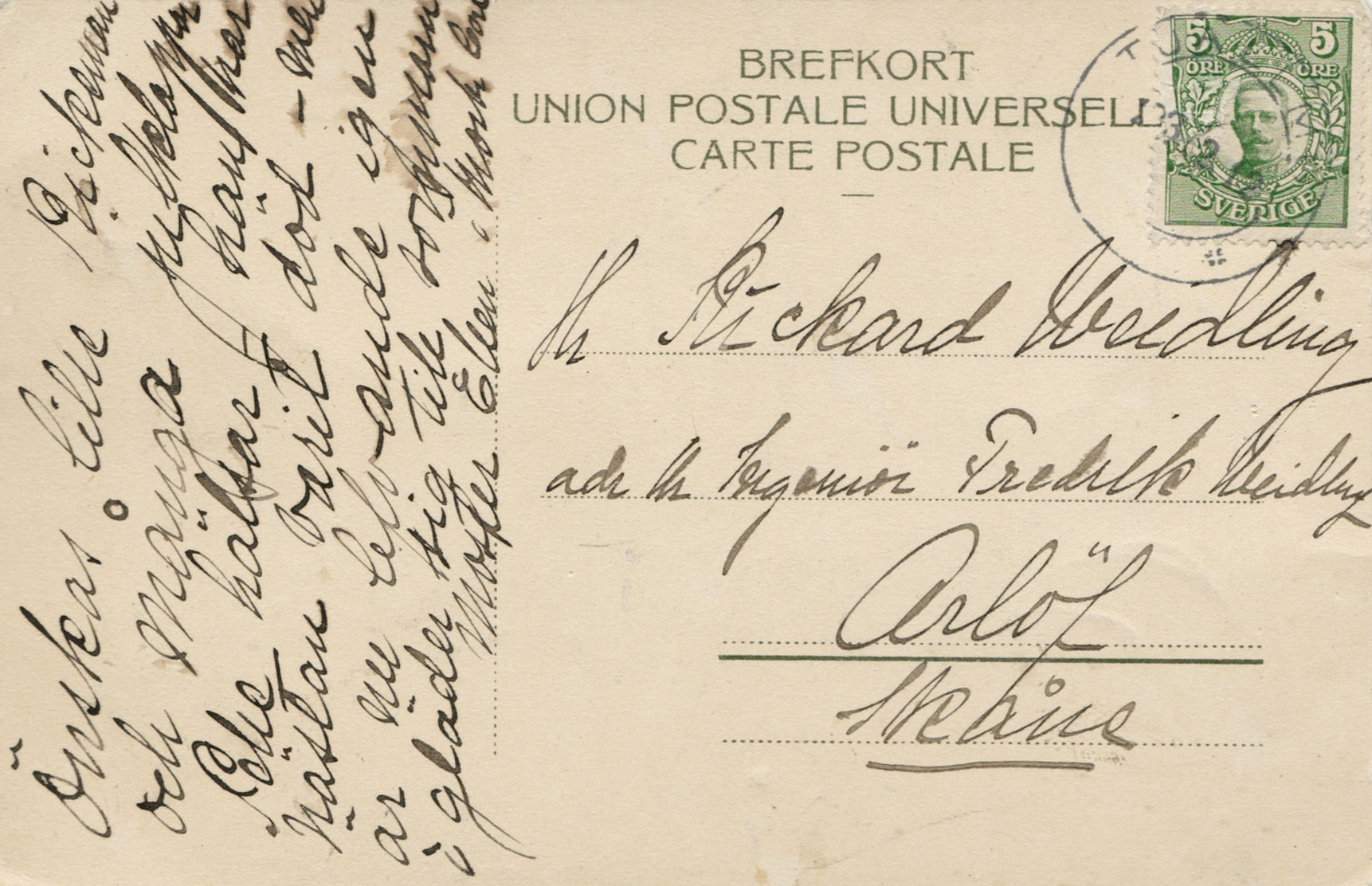 Big thanks to everyone who has helped me translate this postcard.

“Wishing little Rickeman a merry Christmas and many Christmas presents. Folke has almost been dead but is now alive again, and is looking forward to Summer. Regards from Aunt Ellen and Uncle Carl.

I bought these postcards because I liked the illustrations. When we got home I had a proper look at them and they accidentally became a project. I began looking for illustrators, printing dates and kings on stamps. I’m not sure of the exact date the postcards were printed but based on others of a similar design, they may have been printed in 1910. If you are reading this and have information about anything I’ve covered, please drop me a comment below – thanks!