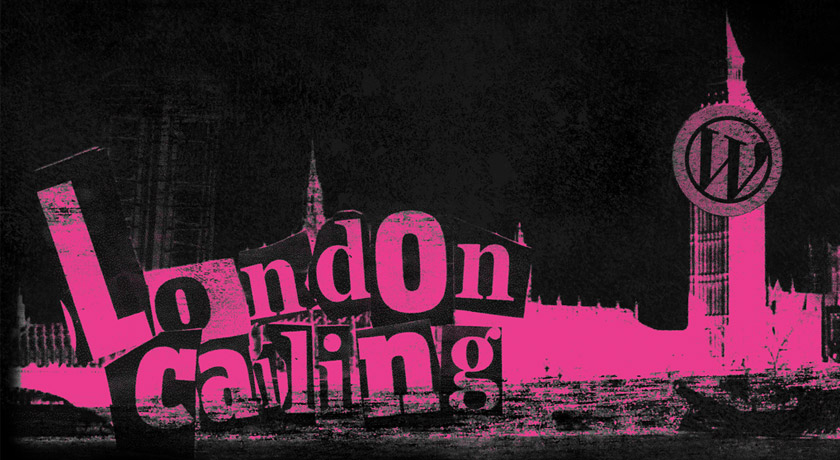 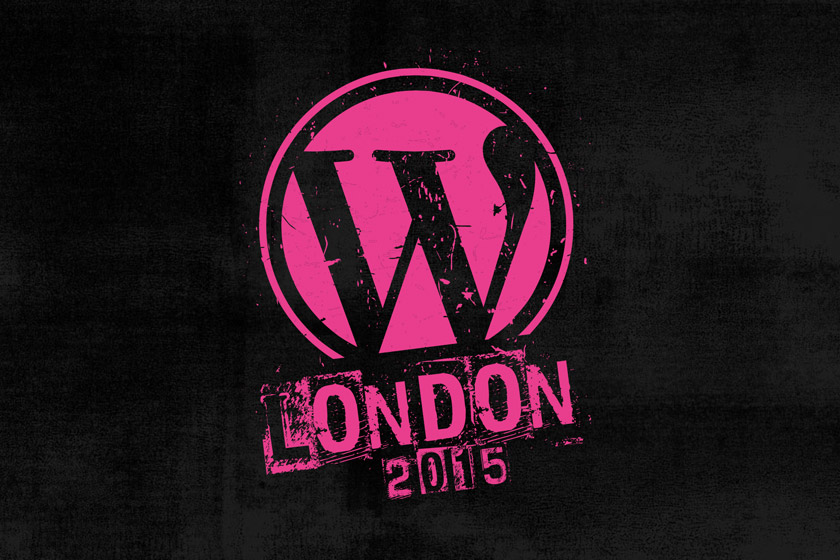 Last Friday I headed up to the big smoke for WordCamp London 2015 – a 3 day conference dedicated to all things WordPress! Scott and I went to our first WordCamp back in 2011 when we attended WordCamp Portsmouth and it’s been something we’ve looked forward to every year since.

Scott created all the conference branding and in the weeks leading up to the event. I came home from work one day to find him in the office with newspaper cuttings all over the floor. I was half expecting to find someone tied up in the cupboard; thankfully he was making punk collages, not ransom notes. The collages were used for posters, stickers, lanyards and t-shirts. 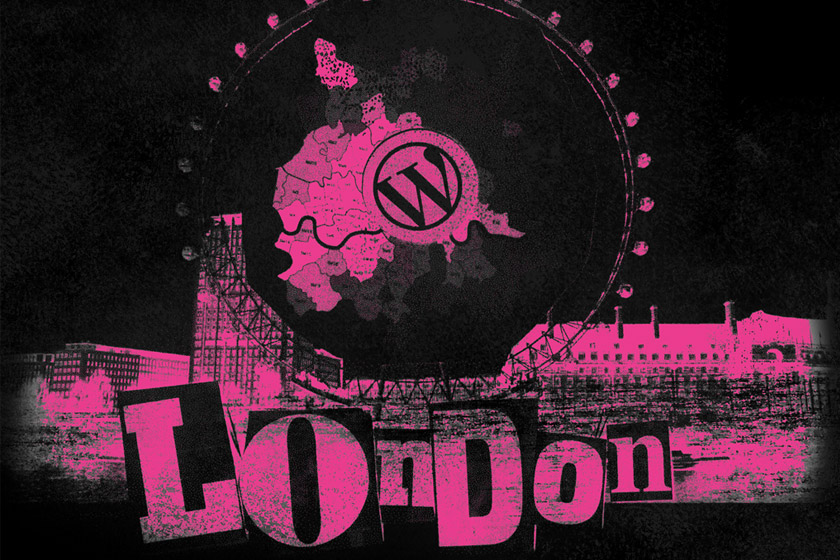 Saturday morning started with registration, tea and pastries. I picked this image to use and then realised the person on the left in stripes is me!

I spent the day in and out of talks on various tracks.

And so on to the good bit. My favourite speakers!

2. The Fight for Independent Media (slides)
by Petya Raykovska

The story of the Open Media Foundation with a history of the Bulgarian media and the people who control it. Petya was a really passionate speaker and highlighted an issue I didn’t know existed.

The theory behind how people interact with colour, featuring the work of Frederick Spratt and Josef Albers.

I was volunteering so I didn’t get to see Scotts talk about The WordPress of Things – you can read about it on his blog. You can also view the full schedule here if you want to learn about the other speakers.

On the third day I went to fewer talks because I did a stint of volunteering – timing speakers and manning the luggage room. The luggage room turned out to be a really good place to sit for a while because I ate way too much for lunch and was feeling pretty tired after being woken up at 4:35am both mornings by people arguing somewhere in our Airbnb!

These stickers are Scotts Wappunk creation – a punk version of Wapuu.

Someone must have overheard me recently saying to Scott that we should make more time for gaming like we used to because there was a mini games arcade at the back of the after party venue! After a good, followed by a terrible round of Street Fighter (beer, booo) I was introduced to Mashed: Fully Loaded. I normally hate driving games but mines and machine guns made it much more exciting. Great after party, organisers, can we do that again?

And that was my weekend at WordCamp. If you use WordPress or are interested in finding out more about it, come along to a WordCamp. The WordPress community is really friendly and the talks are varied so there’s something for everyone.