September was a month of grey days, raincoats and waterproof boots, pots of heather for sale, black clothing, loppis in most courtyards and a return towards general cosiness. 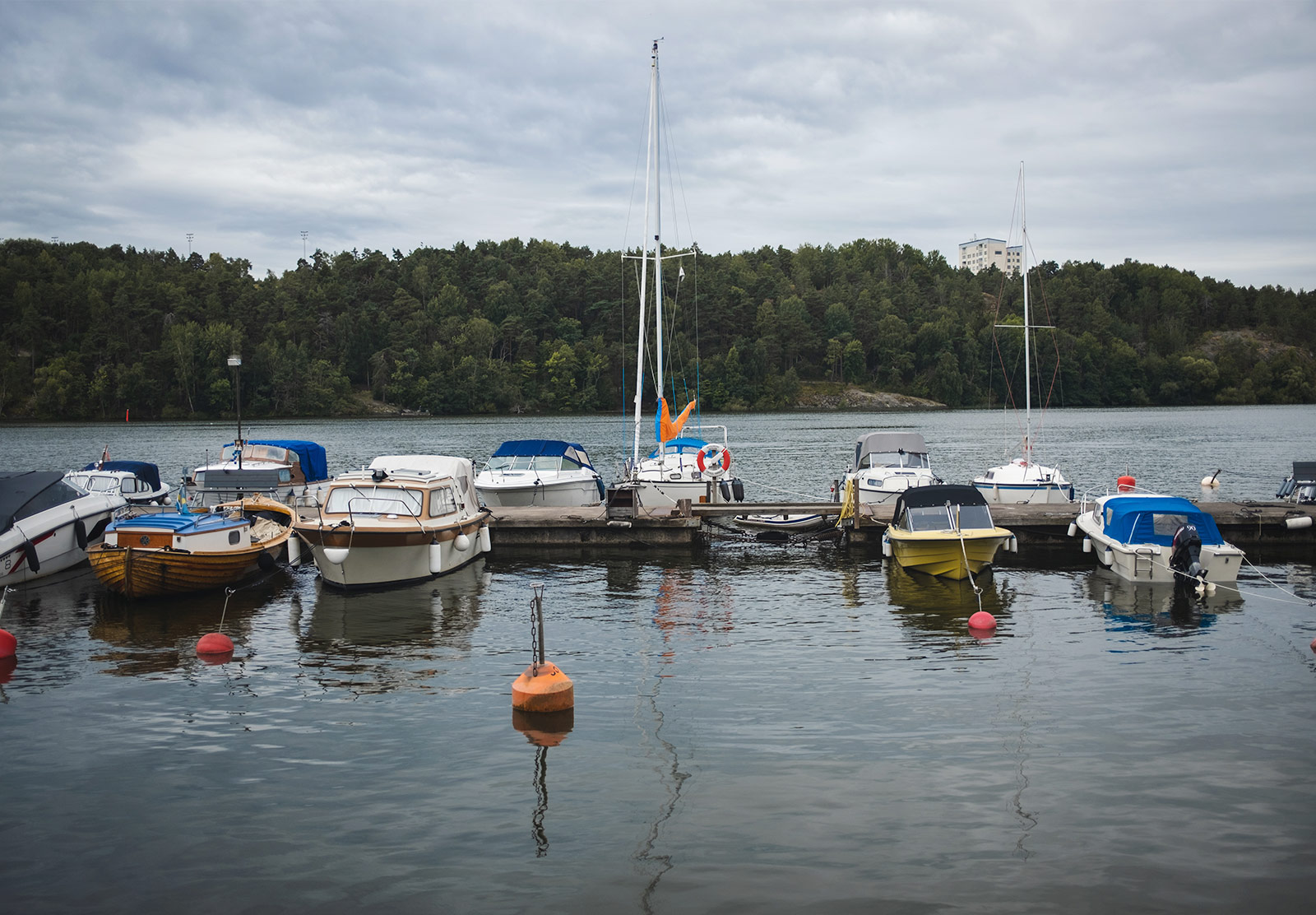 We went to a 2km loppis in Liljeholmen — it was as overwhelming as it sounds. Both sides of the street were lined with sellers and buyers filled all the space inbetween. Despite the market size, we only came away with a Kalle Anka comic from 1972 (for learning Swedish). I admire the dedication to loppis life here! 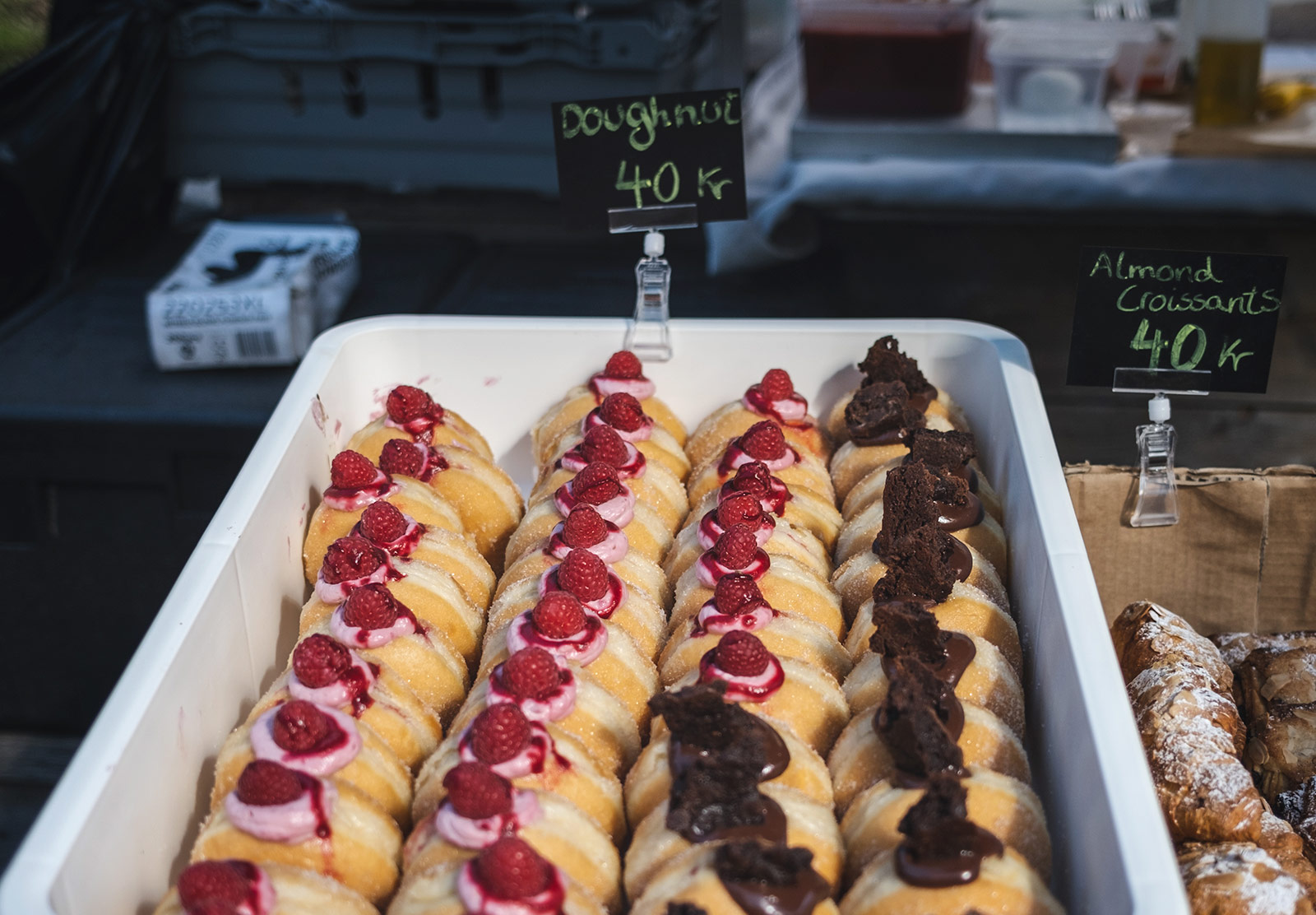 I don’t really like doughnuts but I was very tempted by these. We called in at a second loppis after Liljeholmen above, and found some great food trucks for lunch. 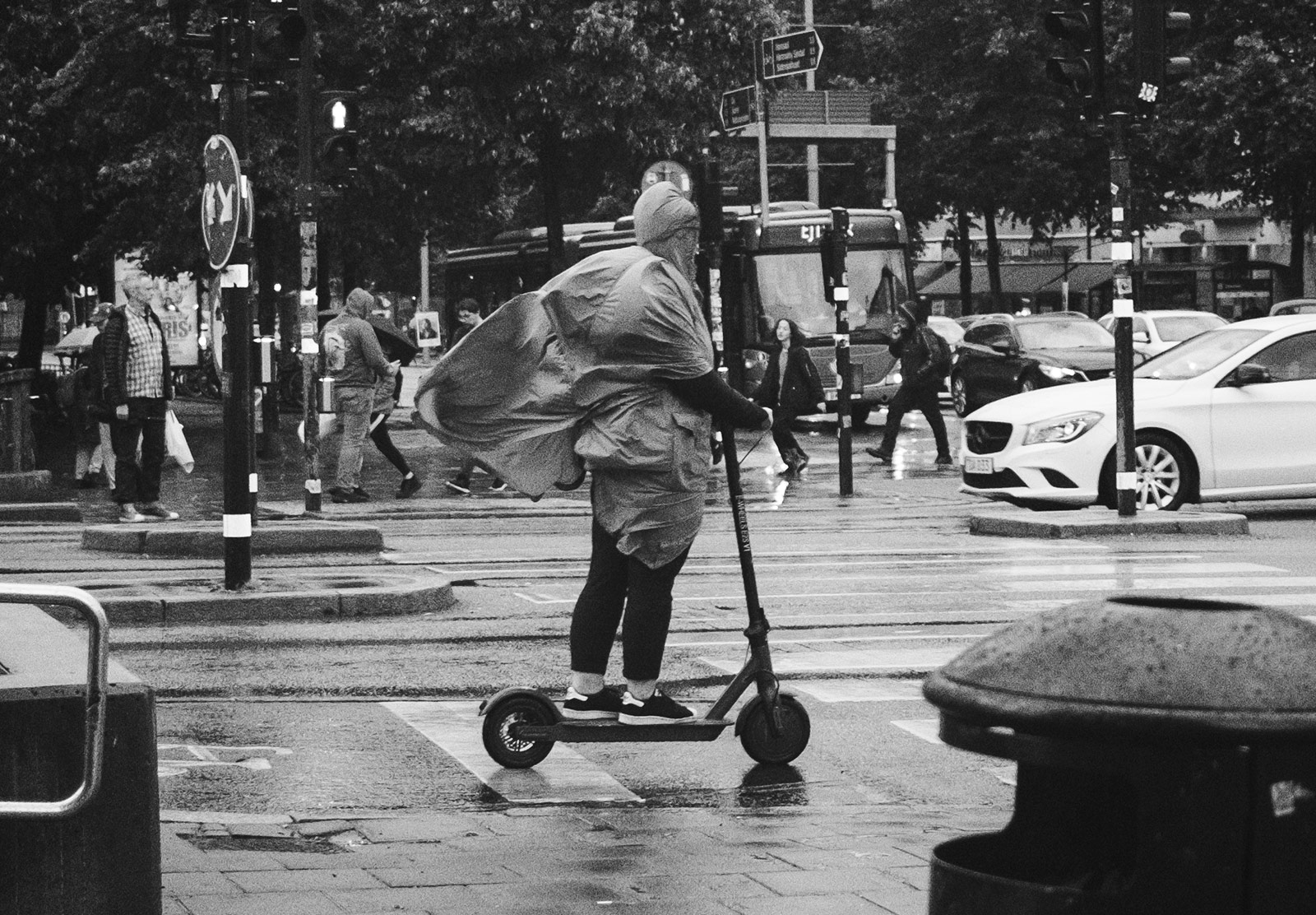 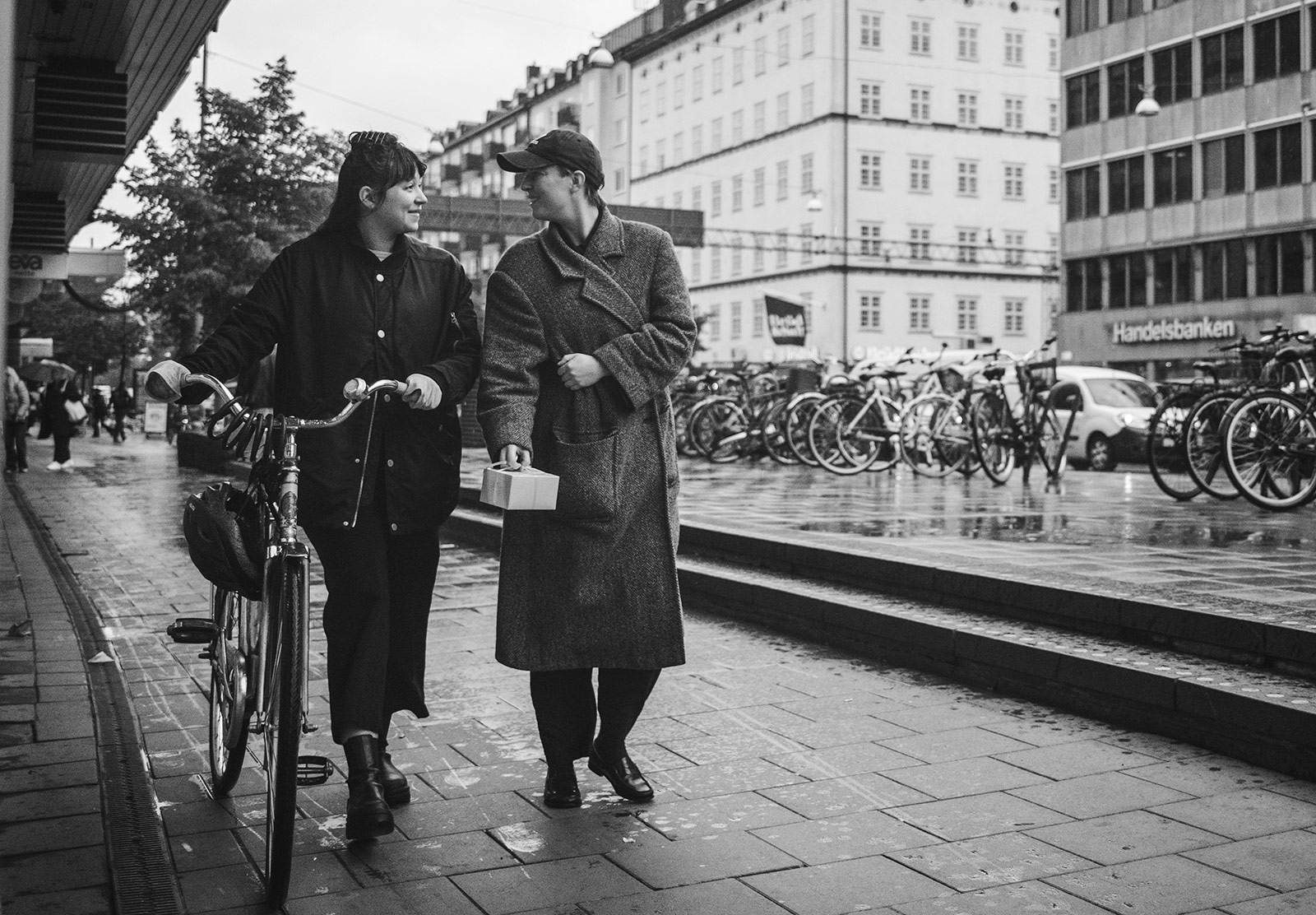 It was pouring with rain so I took shelter in a doorway while I waited for the rain to stop. I’m really glad I did, otherwise I wouldn’t have taken the photo above. I love how happy they look carrying a small box from a bakery (I’d really like to know what was inside). Capturing fleeting moments like this is one of the reasons I love photographing cities so much. Each photo is part luck and part speed.

Painted scooter parking areas started appearing on pavements. It’s an initiative to stop the streets getting clogged up with poorly parked scooters. 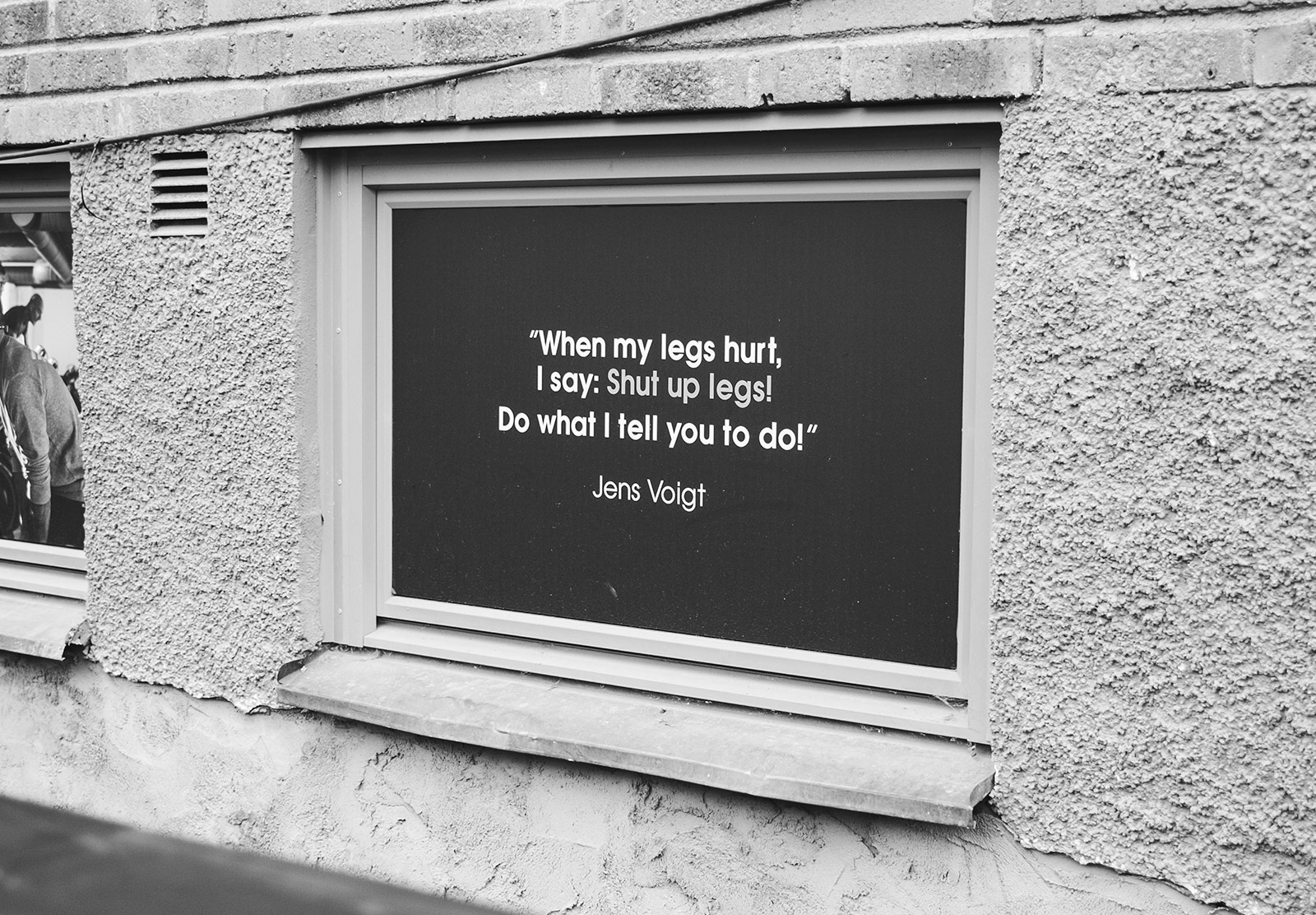 I’ll remember these words of wisdom next time my legs ache on a hike:

When my legs hurt,
I say: Shut up legs!
Do what I tell you to do! 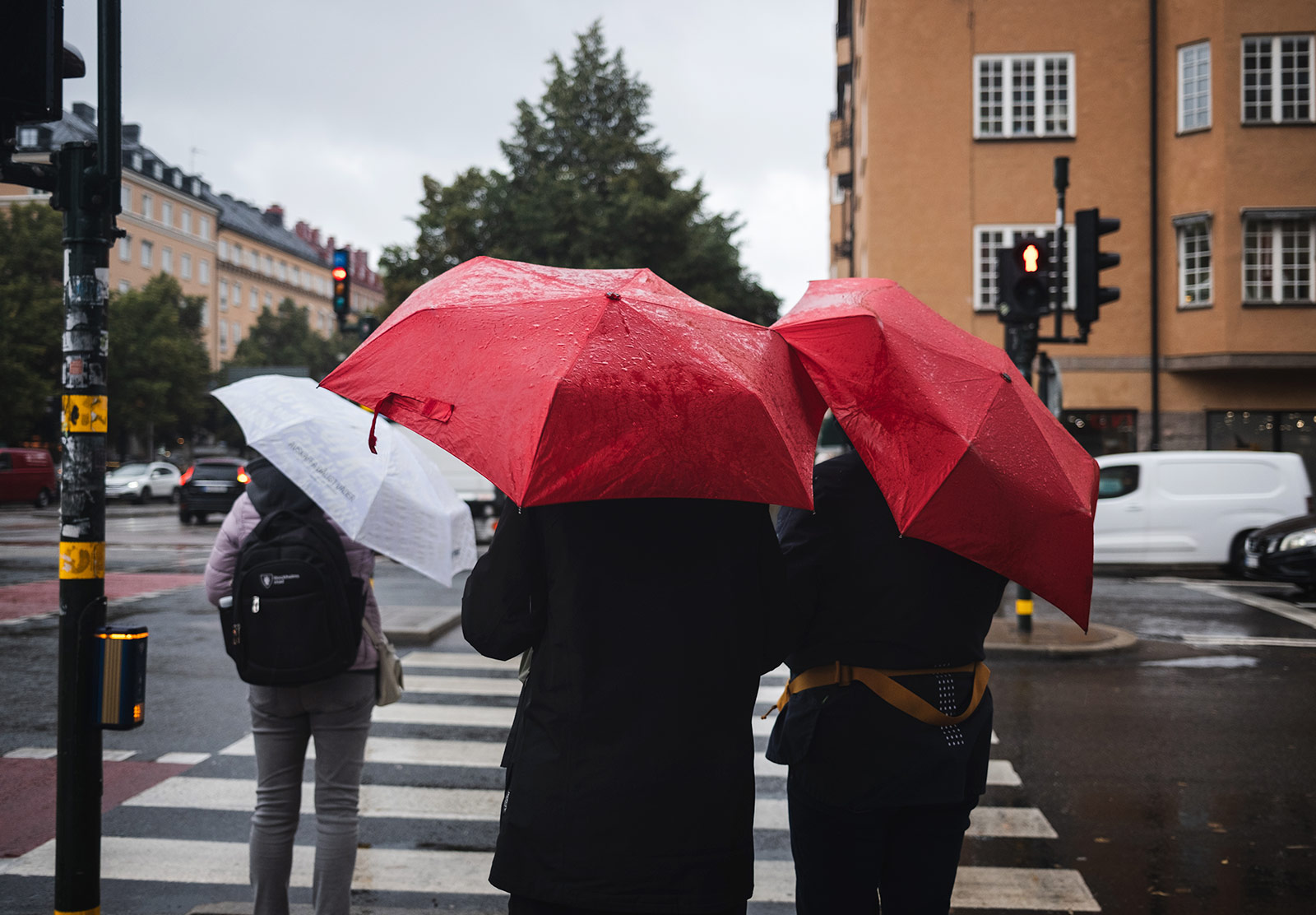 As you can see, the weather really took a turn compared to August. Most Swedes switch to the stylish Winter uniform they are famous for… head to toe black with another neutral like grey or beige. 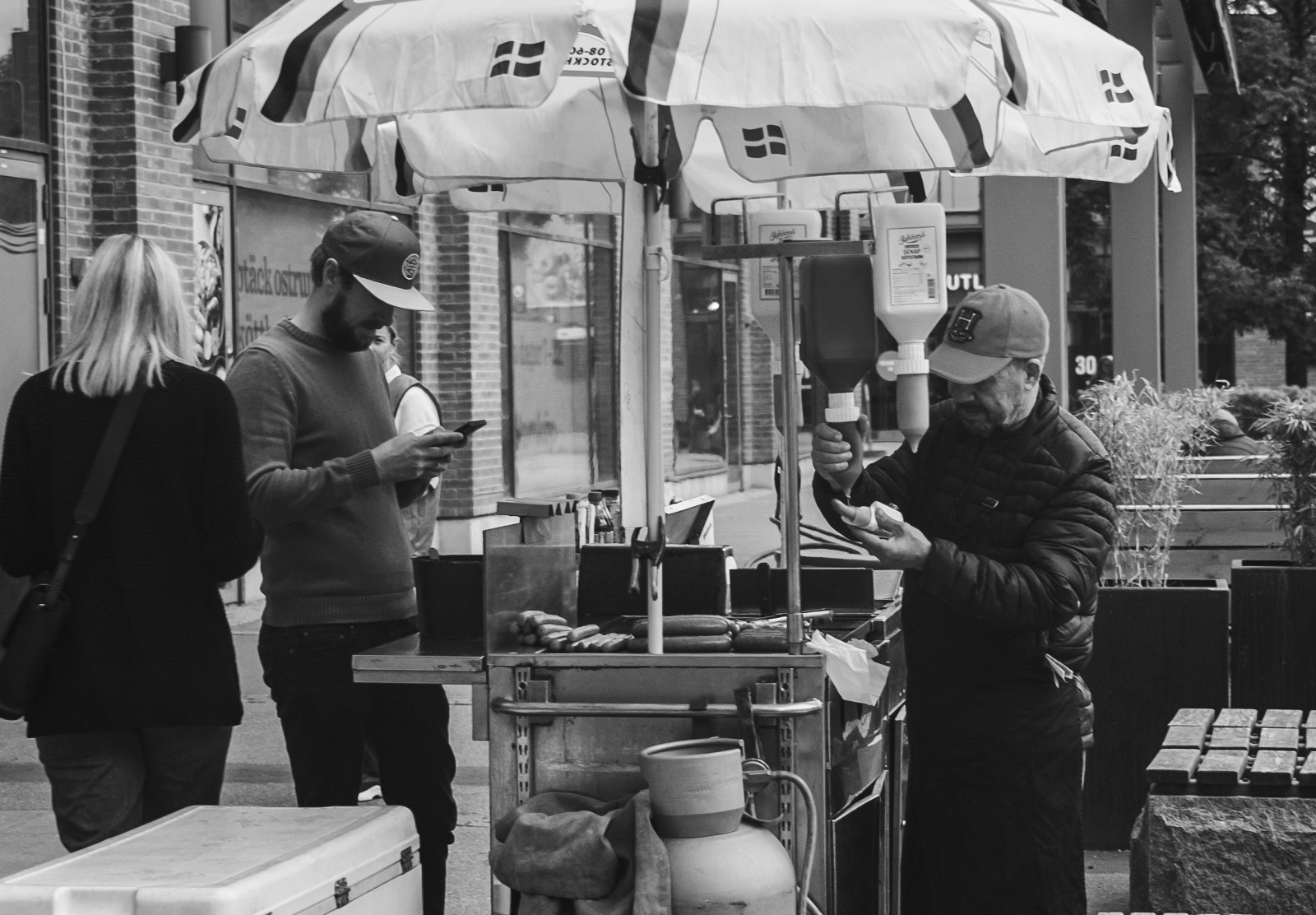 We love Max! It’s the Swedish version of McDonalds but way better because it’s less greasy and they have lots of interesting plant based options. There aren’t usually tigers outside, this was just for the grand opening. Drottninggatan is somewhere we go shopping fairly often or for the loppis at Hötorget… now we can pick up a burger at the same time… since we’ll be walking past Max. 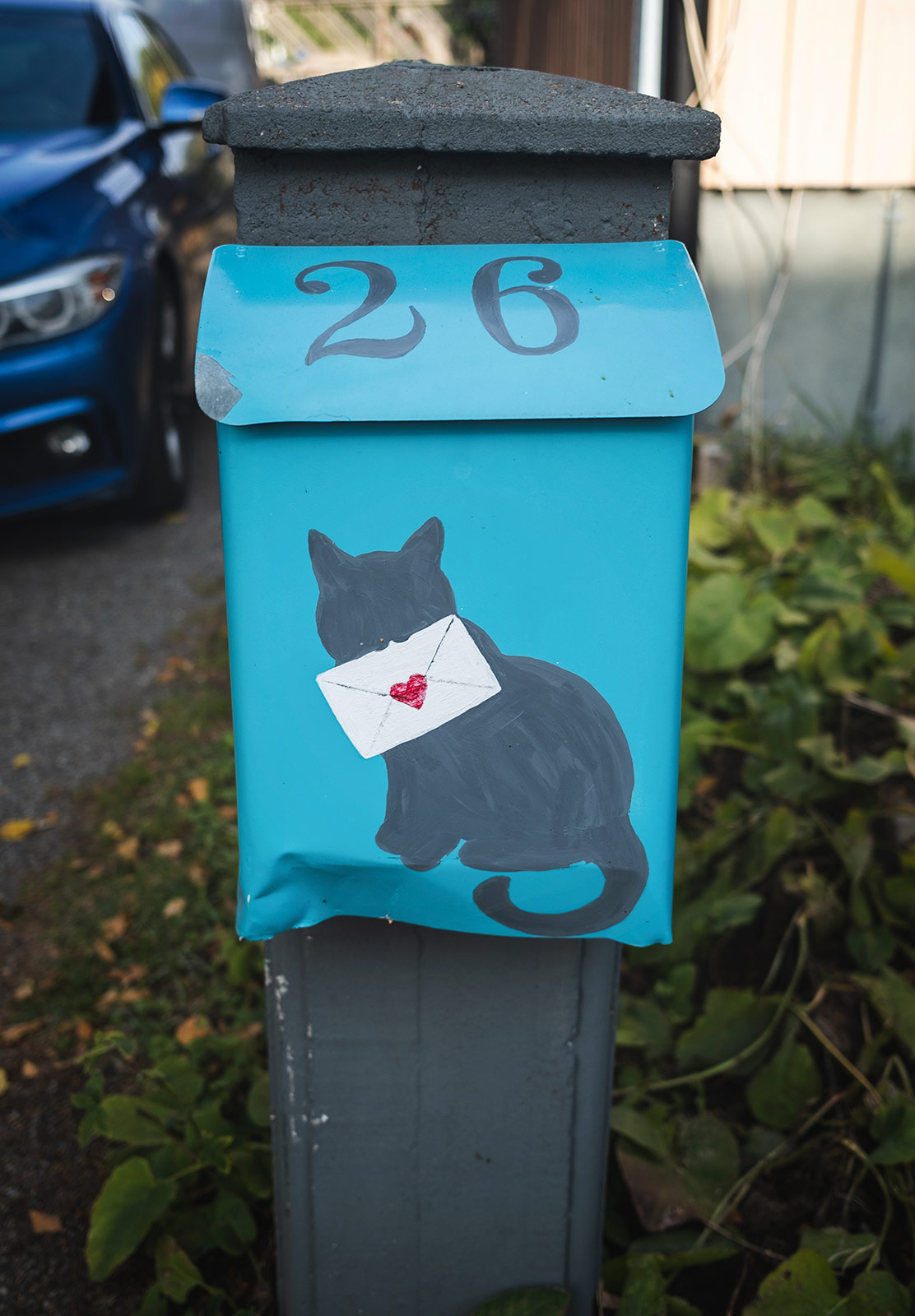 That’s all for September!

2 comments on “Around Stockholm, September 2022”