A Gelukkig Nieuwjaar postcard (Dutch). Two figures iceskating on a frozen lake with a small dog. Their faces are the stuff nightmares are made of but it’s a sweet postcard if you can get past that! I think I may have bought this one from a street market in Oslo but I’m not 100% sure. 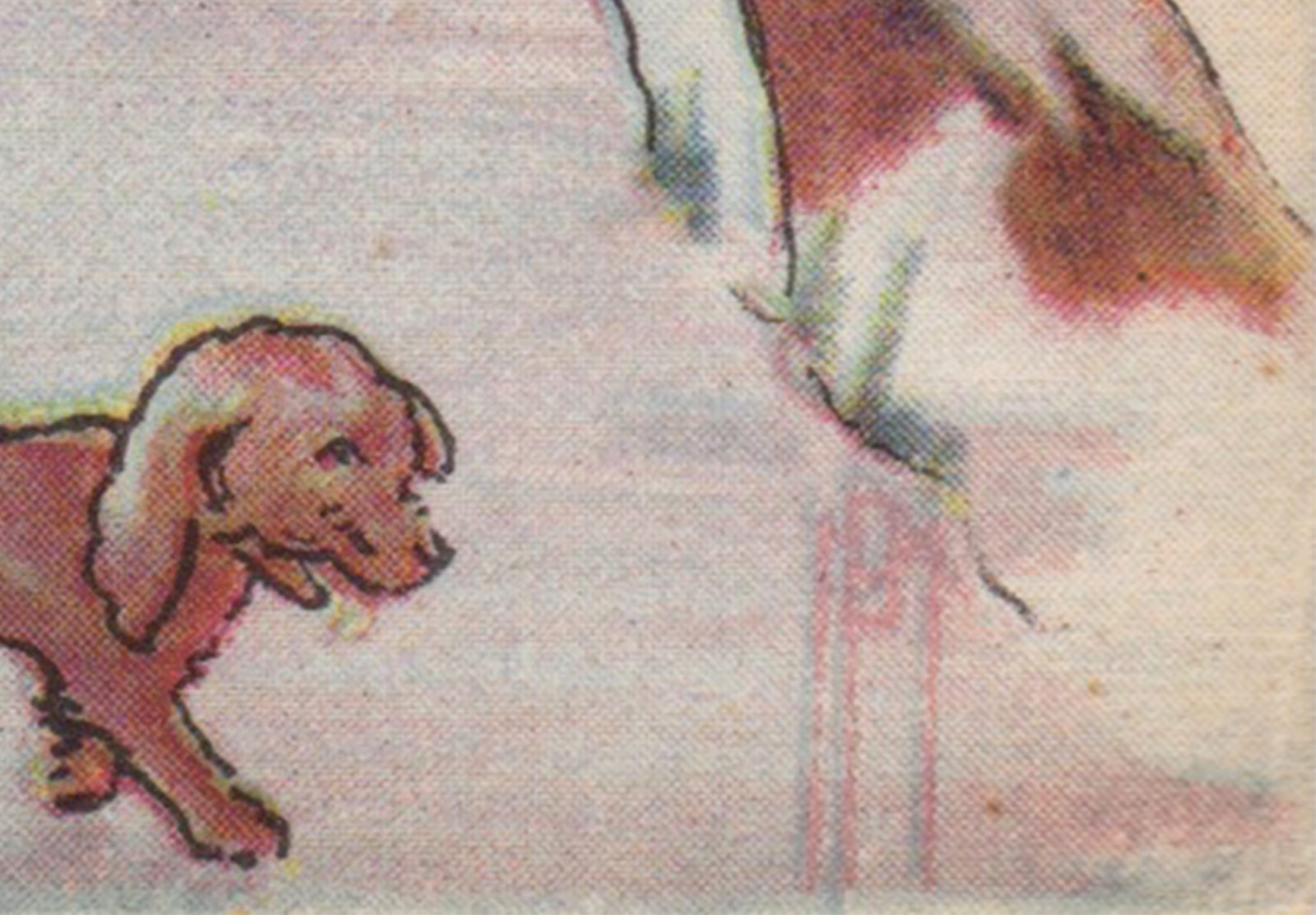 The pink signature on the bottom right appears to be a tall M with a P on top. Unfortunately, I had no luck finding postcard artists with the initials M.P. or vice versa, so their name will remain a mystery for now. Tiny dots of colour (dot grain) and the postmark suggest it’s a lithographic print from the 1930’s though. 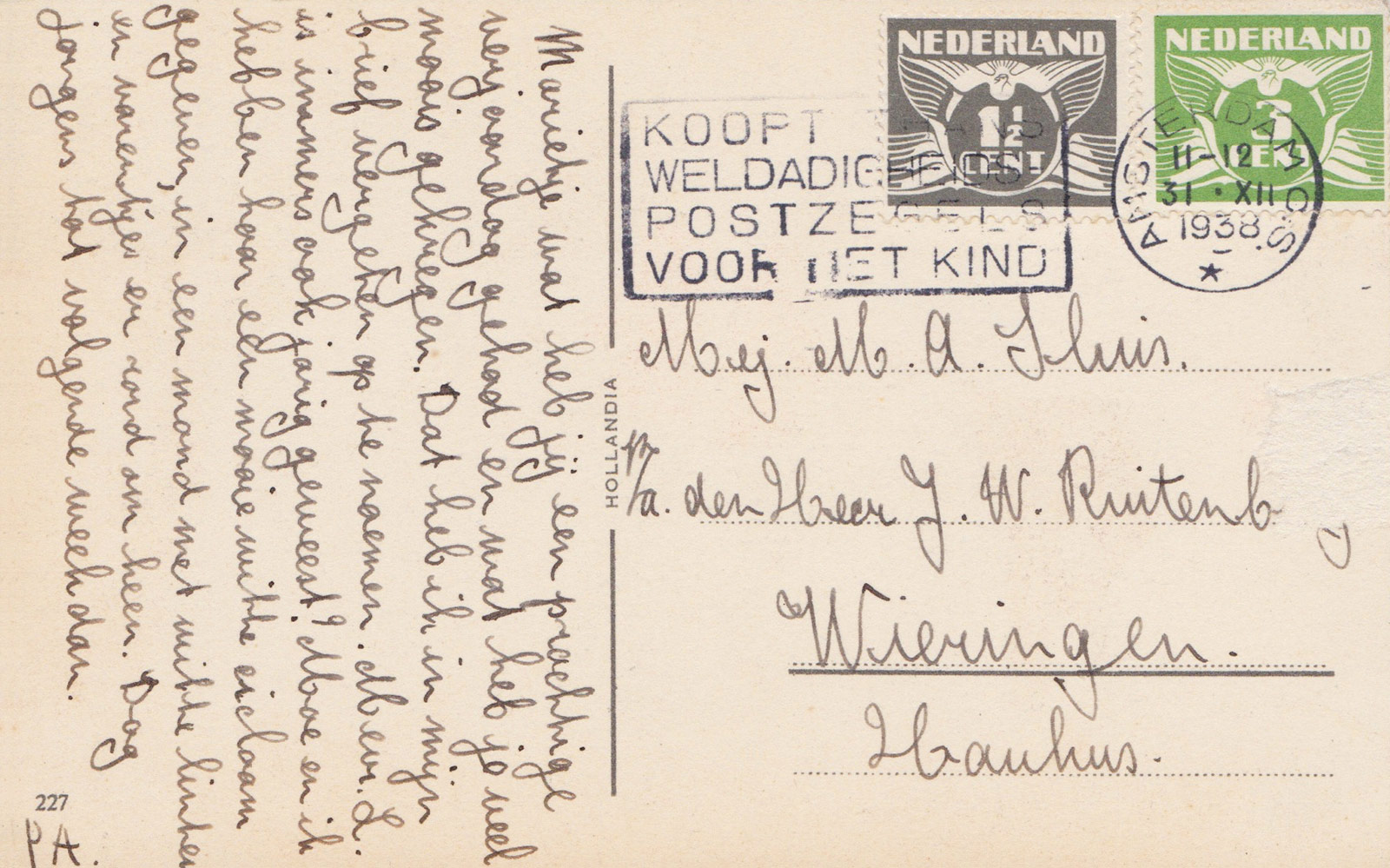 P.A. sent this postcard from Amsterdam O.S. on 31.12.1938. I’m not sure what ‘O.S.’ means — perhaps a central sorting office or location? The recipient lived in Wieringen, a small town in North Holland.

‘Den Heer’  translates to ‘The Lord’ and the stamped capitalised text means: 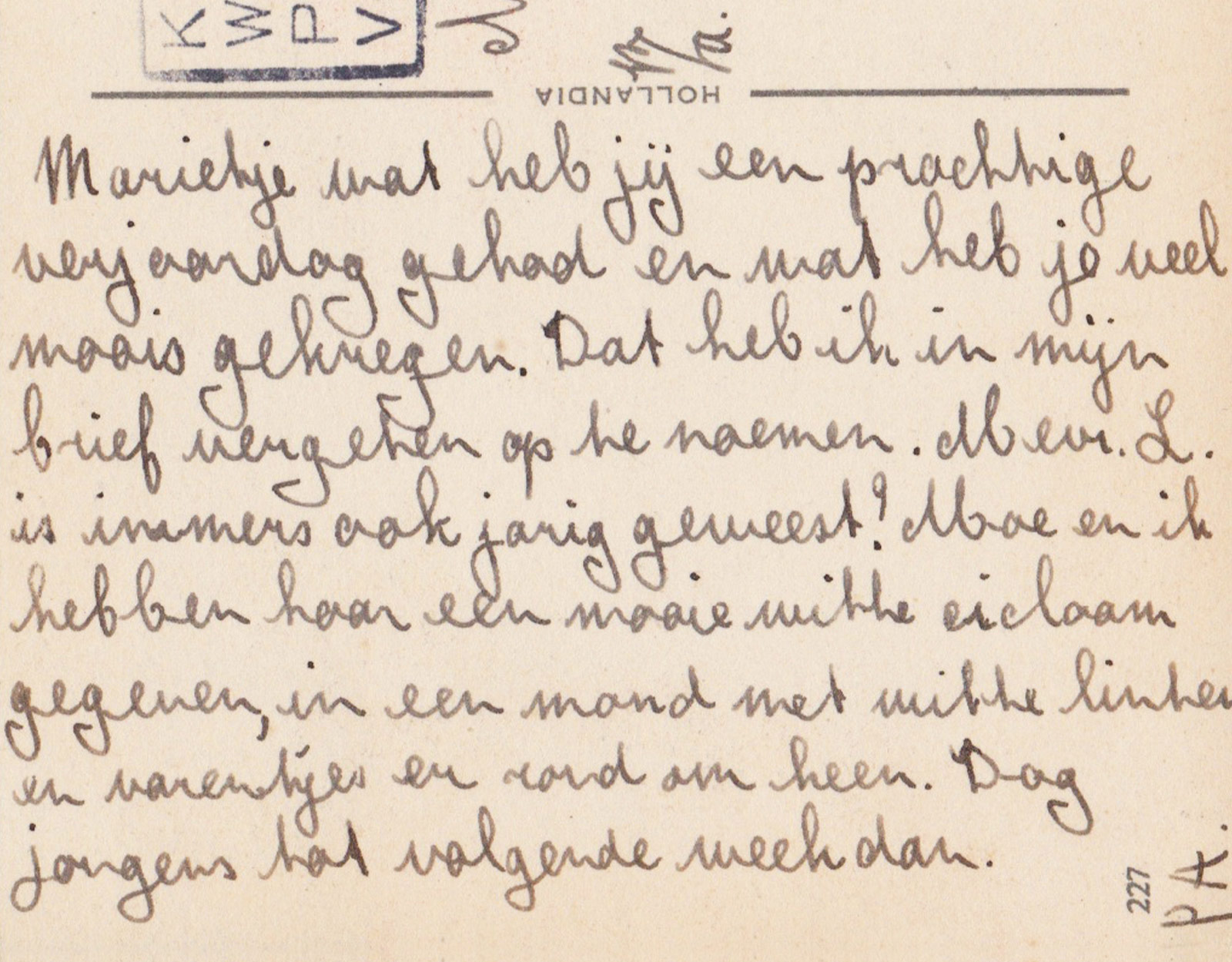 Mariehje you had a wonderful birthday and you got a lot of beautiful things. I have heard that in my letter. Meir. L., after all, also in his birthday mood?

Mae and I have been given a beautiful white rooster egg in a basket with linen and fern border.

Bye bye until the next one. 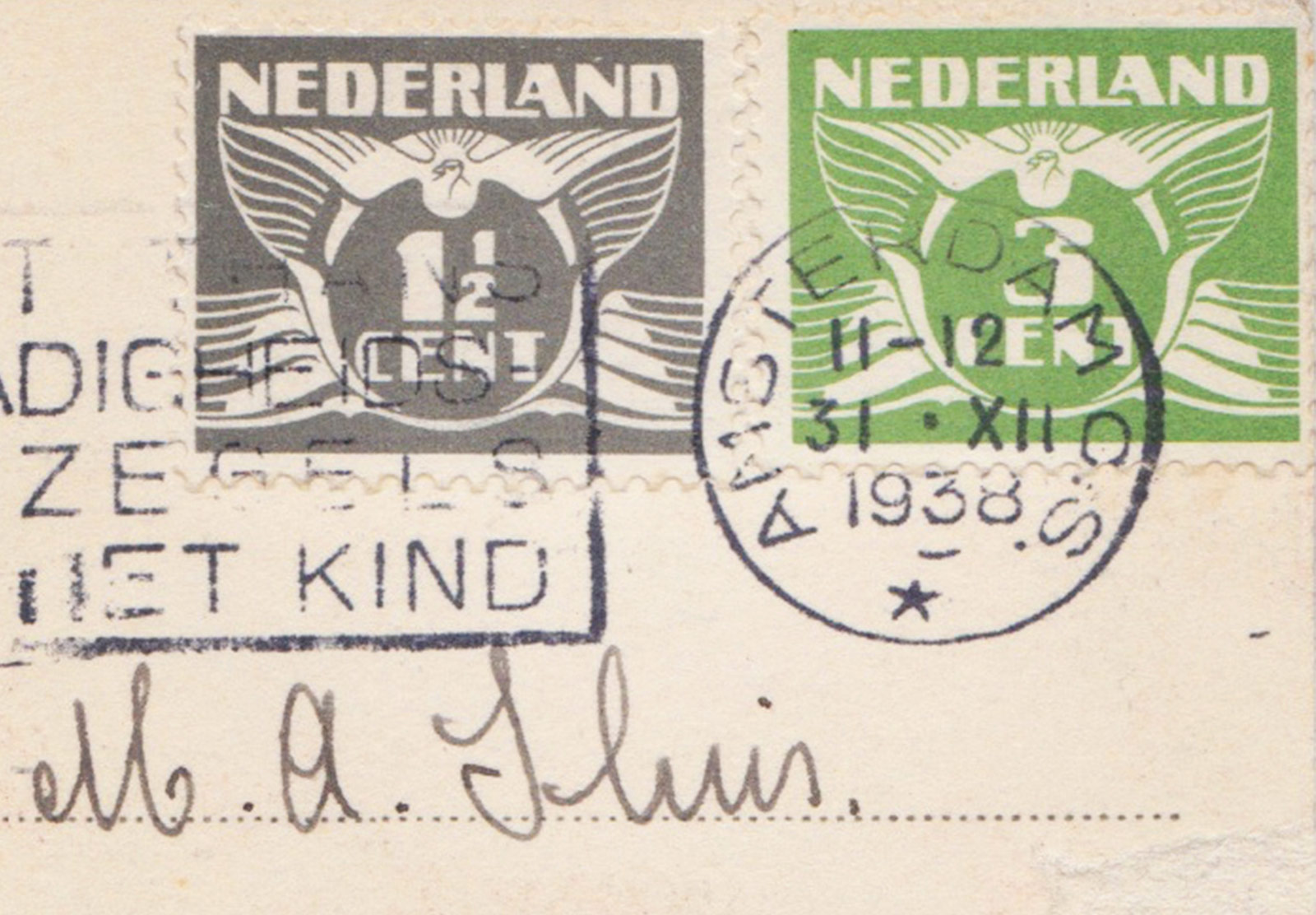 The stamps are the Nederland Vliegende Duif (flying dove) design in 1½ and 3 cent denominations, first released in 1924.

I discovered an interesting and tragic story about the stamp designer, Chris Lebeau. Around the start of WW2, he married a Jewish refugee to help them remain in Holland. He then went on to use artistic skills for large scale forgerry of identification and documents for many people. Lebeau was eventually arrested for helping Jews and sent to Dachau concentration camp in 1944, after refusing to give up this illegal work. He died from typhus in the camp on 2nd April 1945.

I love the illustration and stamp designs on this postcard but the story behind the stamp has stuck with me the most. If you speak Dutch and spot any mistakes in my translation, leave a comment below!