After a walk around Henningsvær (there are some photos in part 1), we headed to the waters edge in search of something I had wanted to see for a while.

Did you guess what it was? We were looking for a football stadium called Henningsvær Idrettslag Stadion. I have no interest in football but there is something special about this particular stadium… it’s located on two small islands surrounded by mountains and ocean. Maybe you recognise it from this photo…

A football stadium in the middle of the arctic ocean? No problem! Classic @Lofoten ❤️ #Norge photo by @lennart

The turf was hidden by snow but we stood on it nonetheless. Mission accomplished! There are no stands; a tarmac path around the edge of the field provides enough standing room for around 500 people. If you look at the Instagram photo very closely, you’ll see the stadium is surrounded by cod frames (aerial footage). 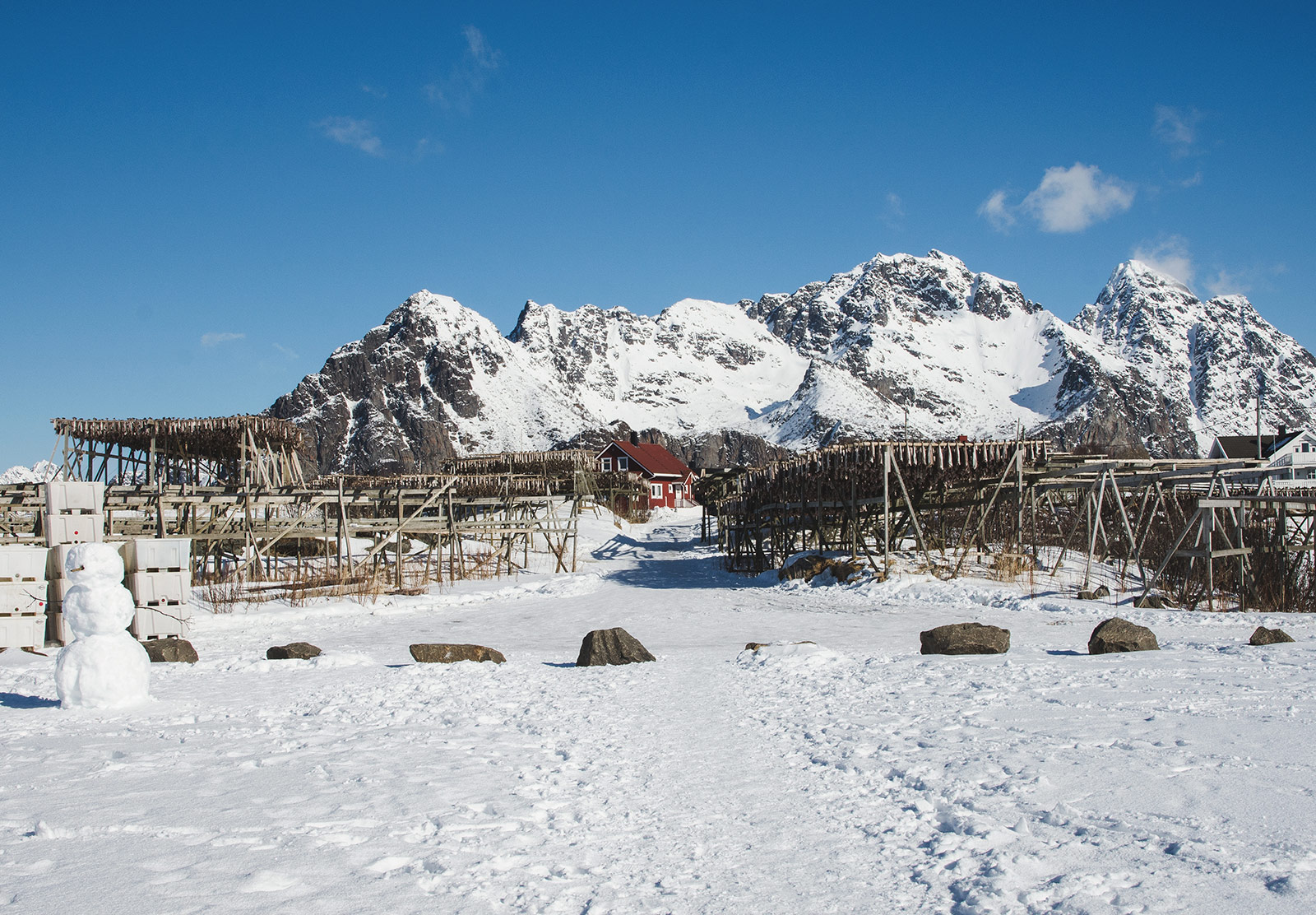 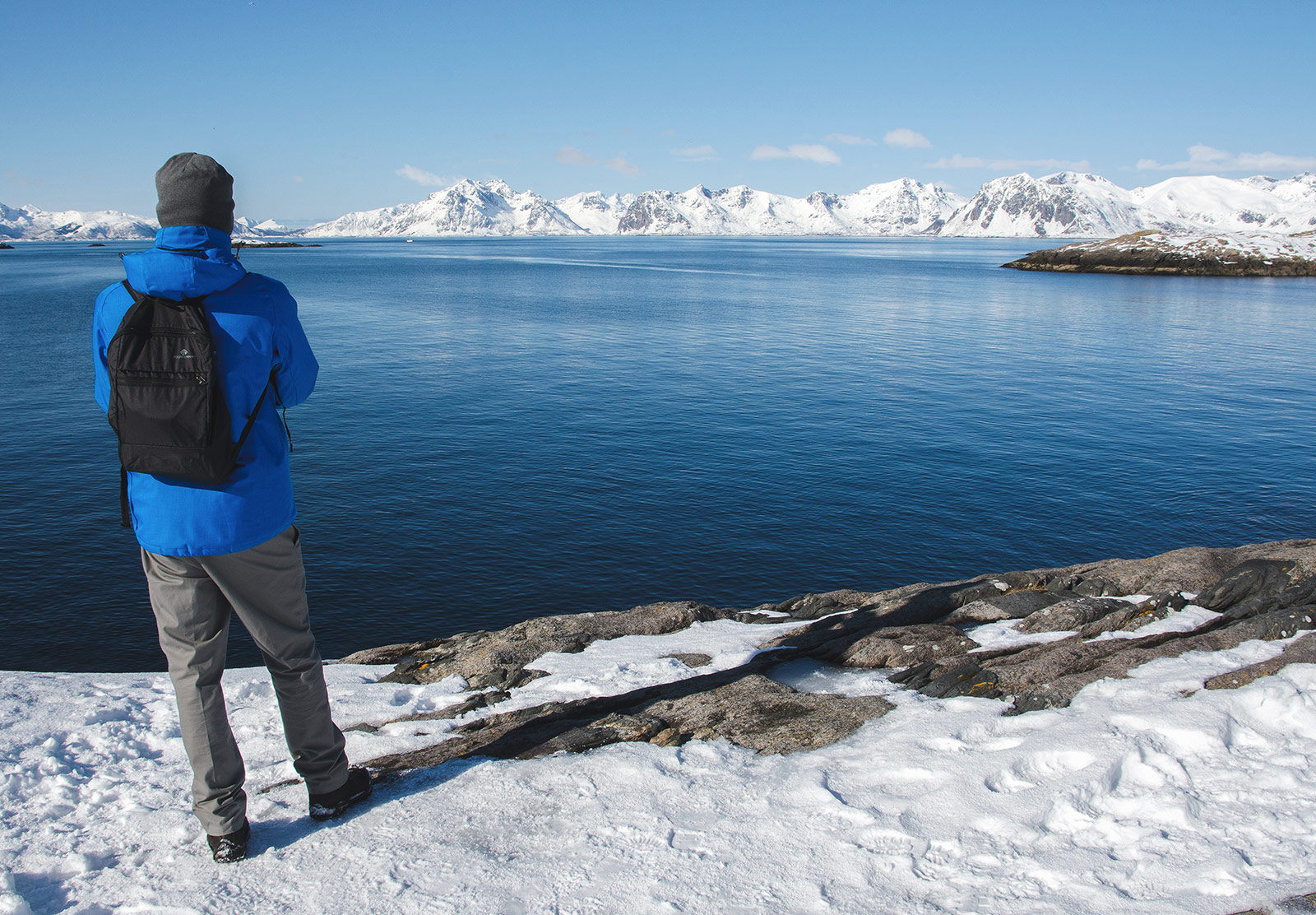 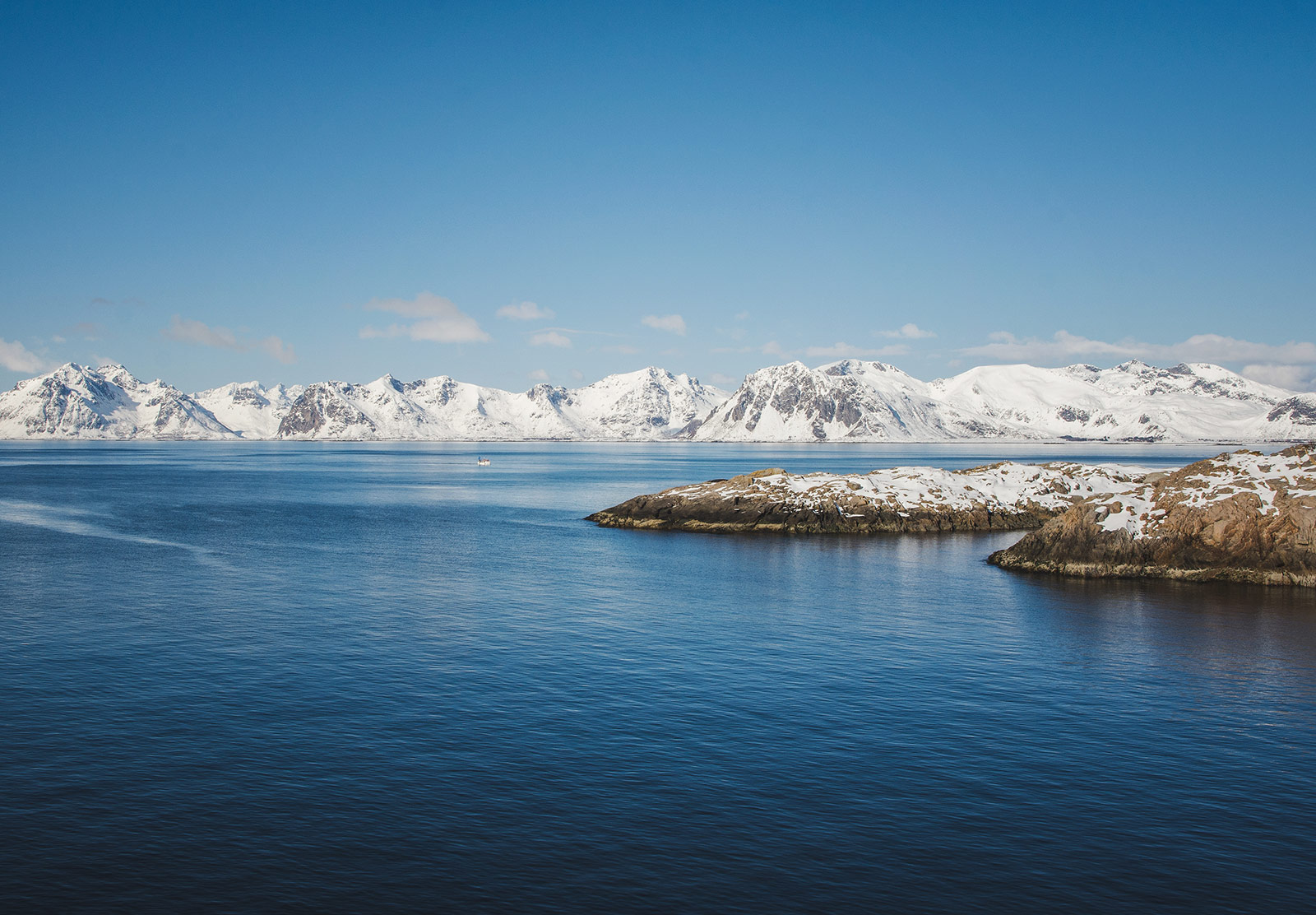 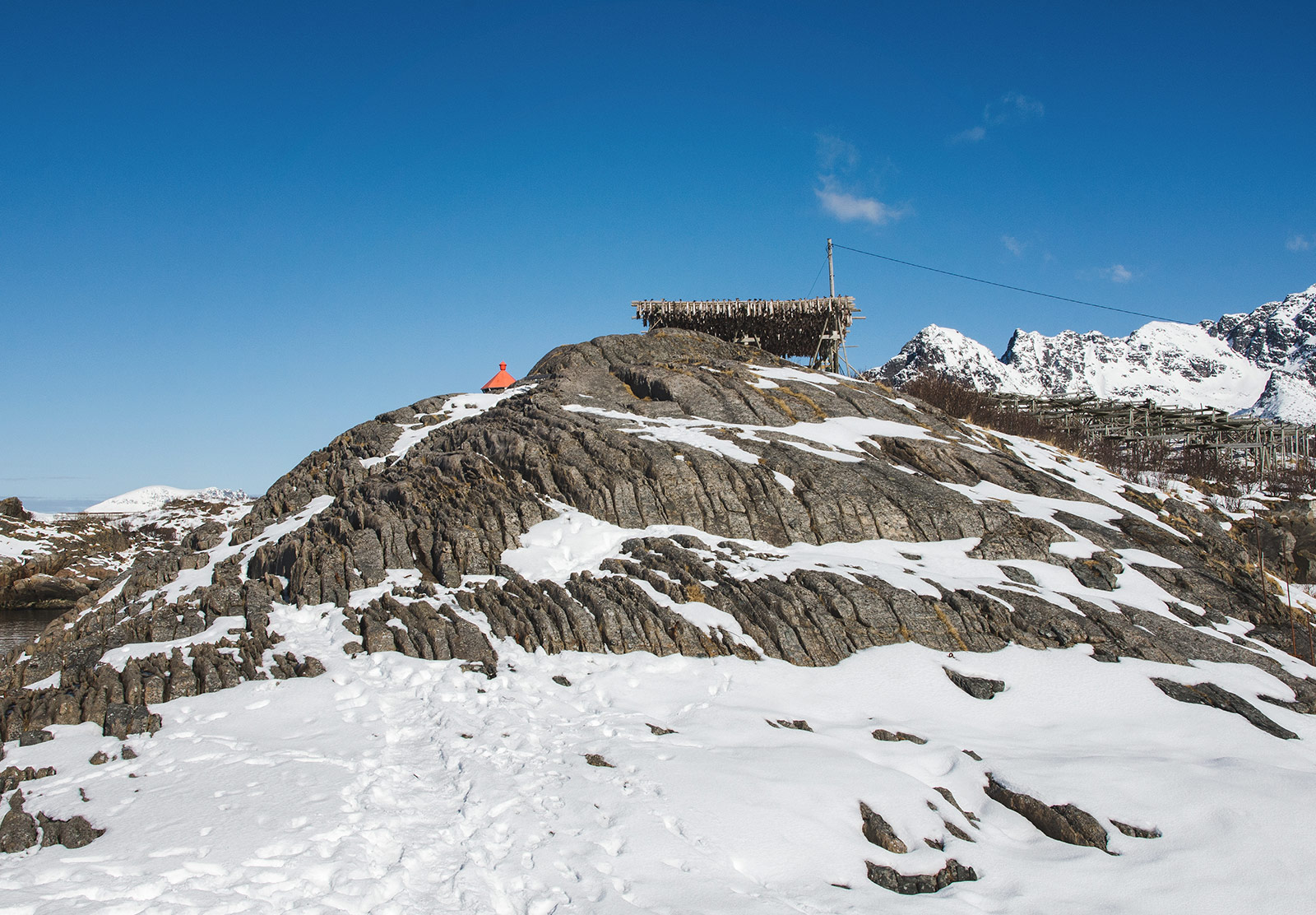 We followed a snowy path further up and the island and the views got better and better. Curiosity got the better of me when I spotted that tiny red roof so I clambered up the rocks to check it out. Thankfully I was wearing my ice grippers! I think it may be a lookout point rather than a lighthouse as I couldn’t see a lantern inside — or perhaps there use to be. 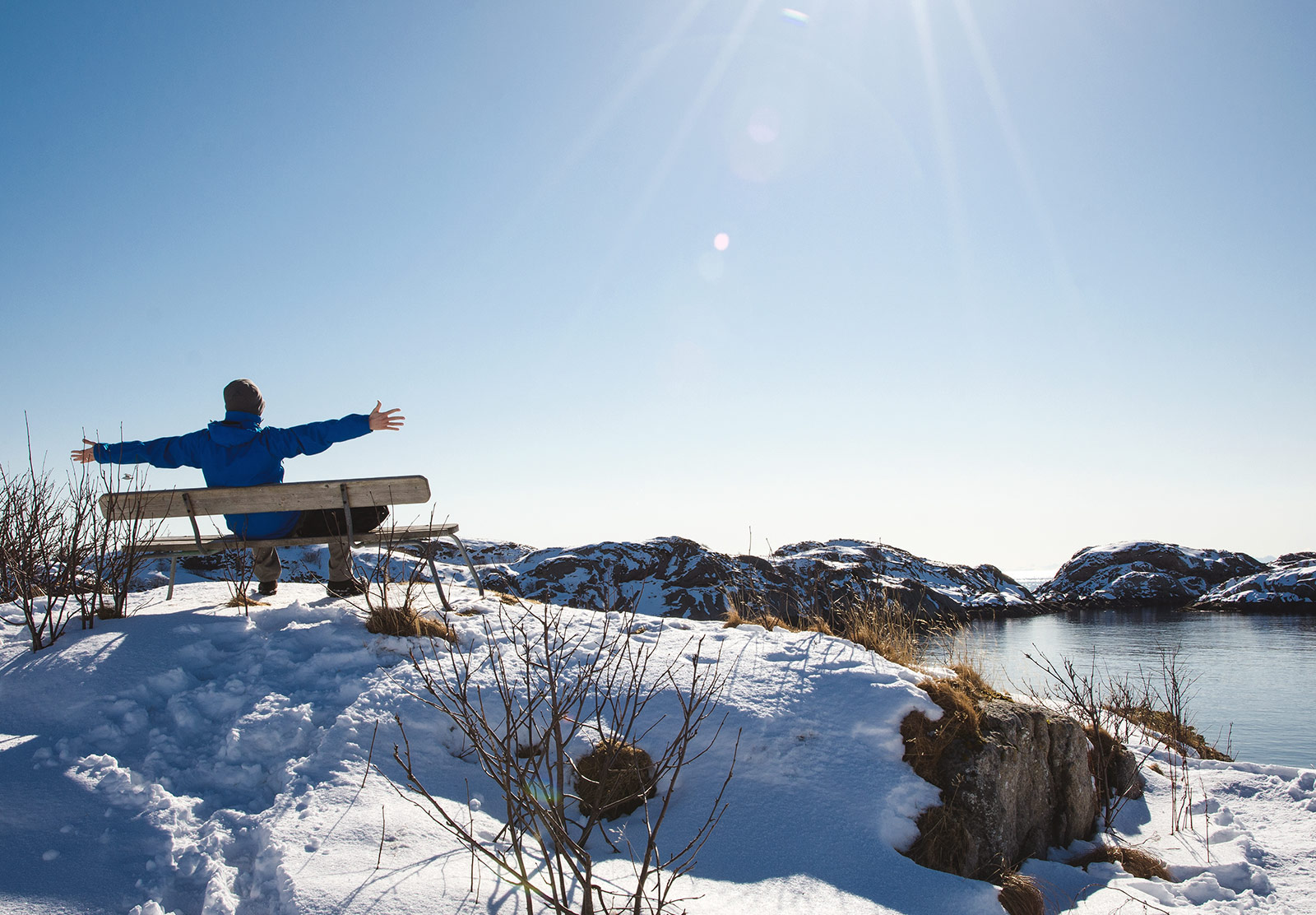 We sat on this bench for a while, looked out over the mountains and scoffed a few squares of Norwegian chocolate (Freia Melkesjokolade). You can tell we had acclimatised to sub zero temperatures by this point because neither of us are wearing gloves and my coat is undone. It was one of the warmer cold days 🙂 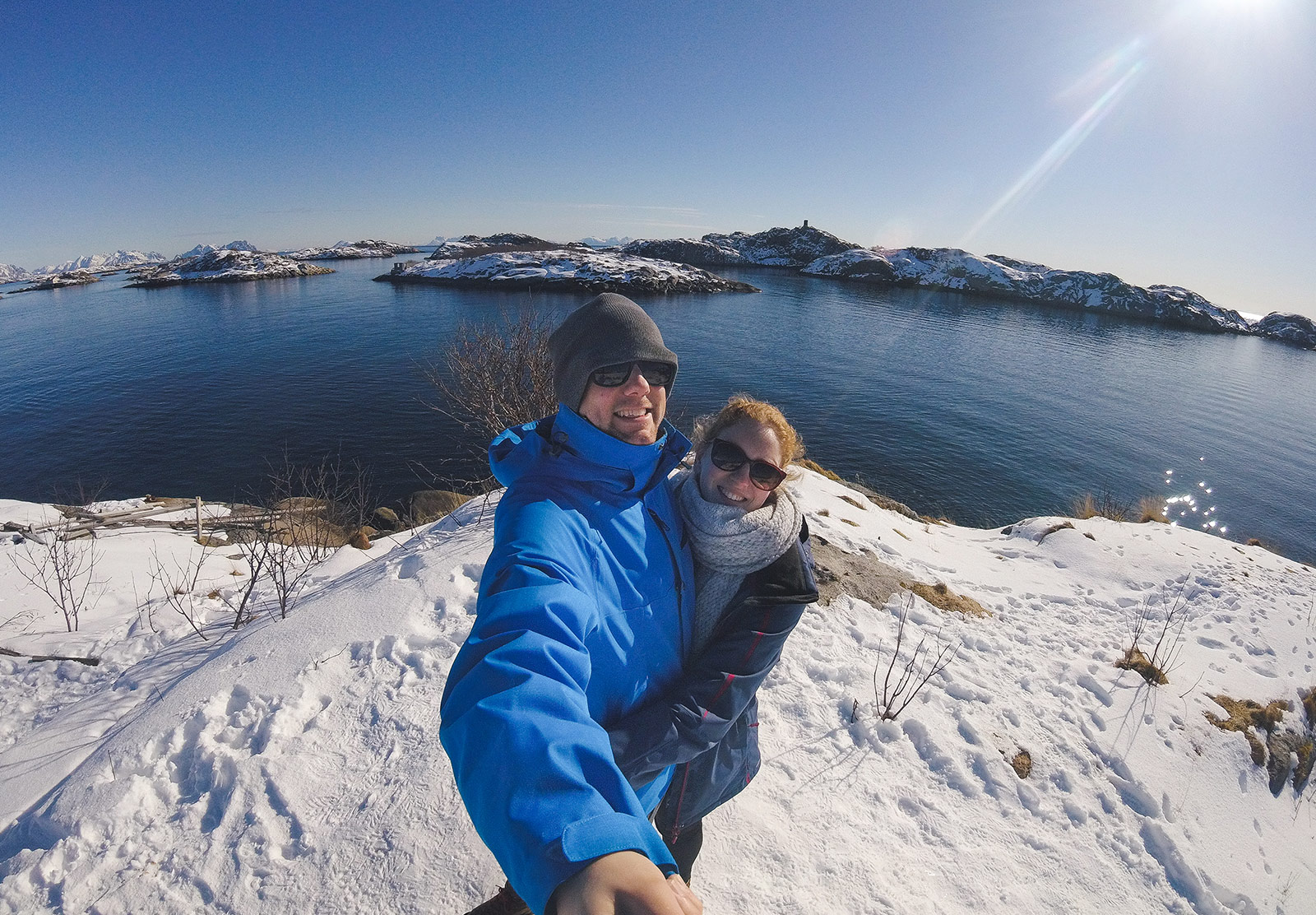 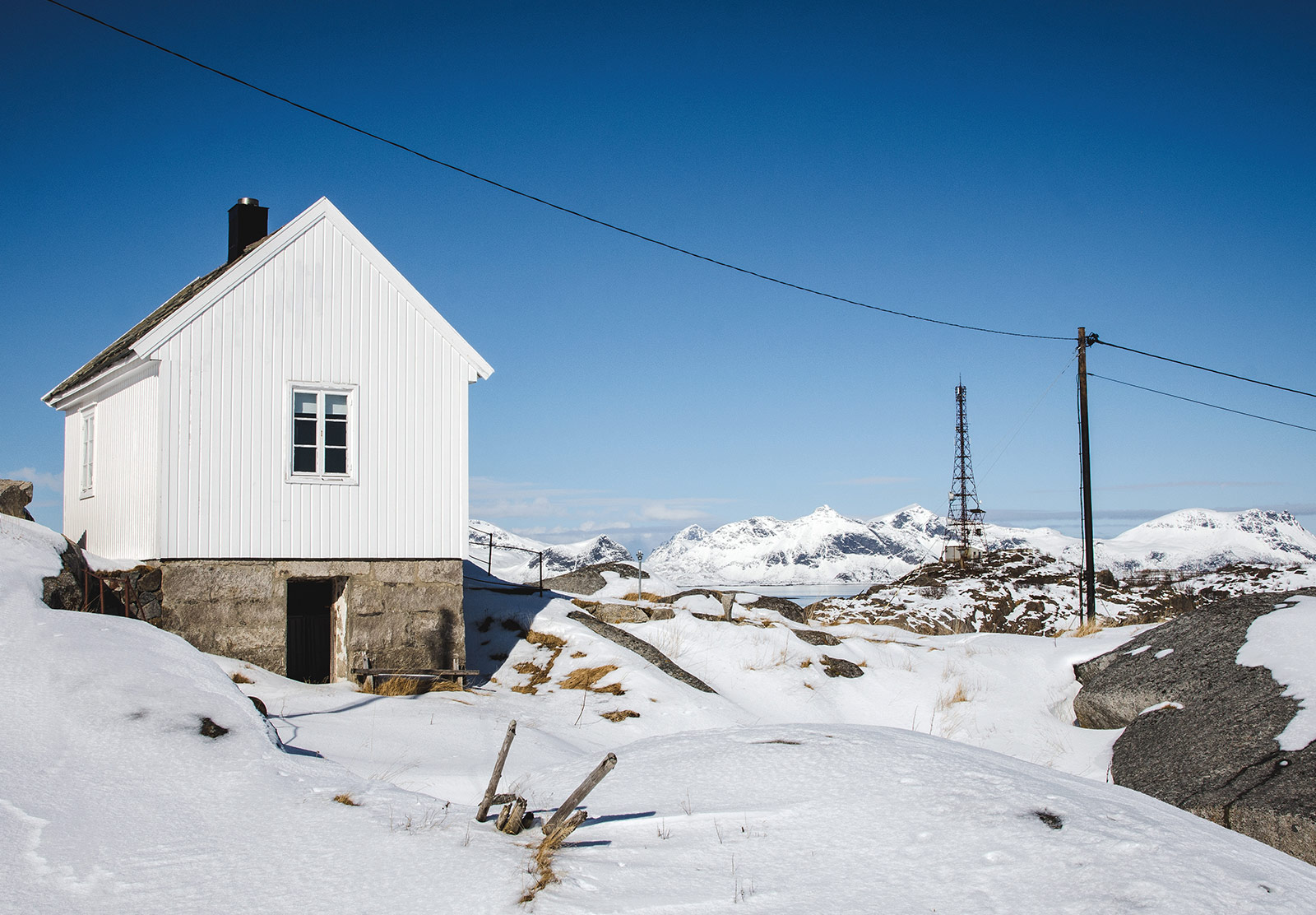 This building appears to be the lighthouse keepers station. From what I can tell, the tower below is an old lighthouse that is now inactive. 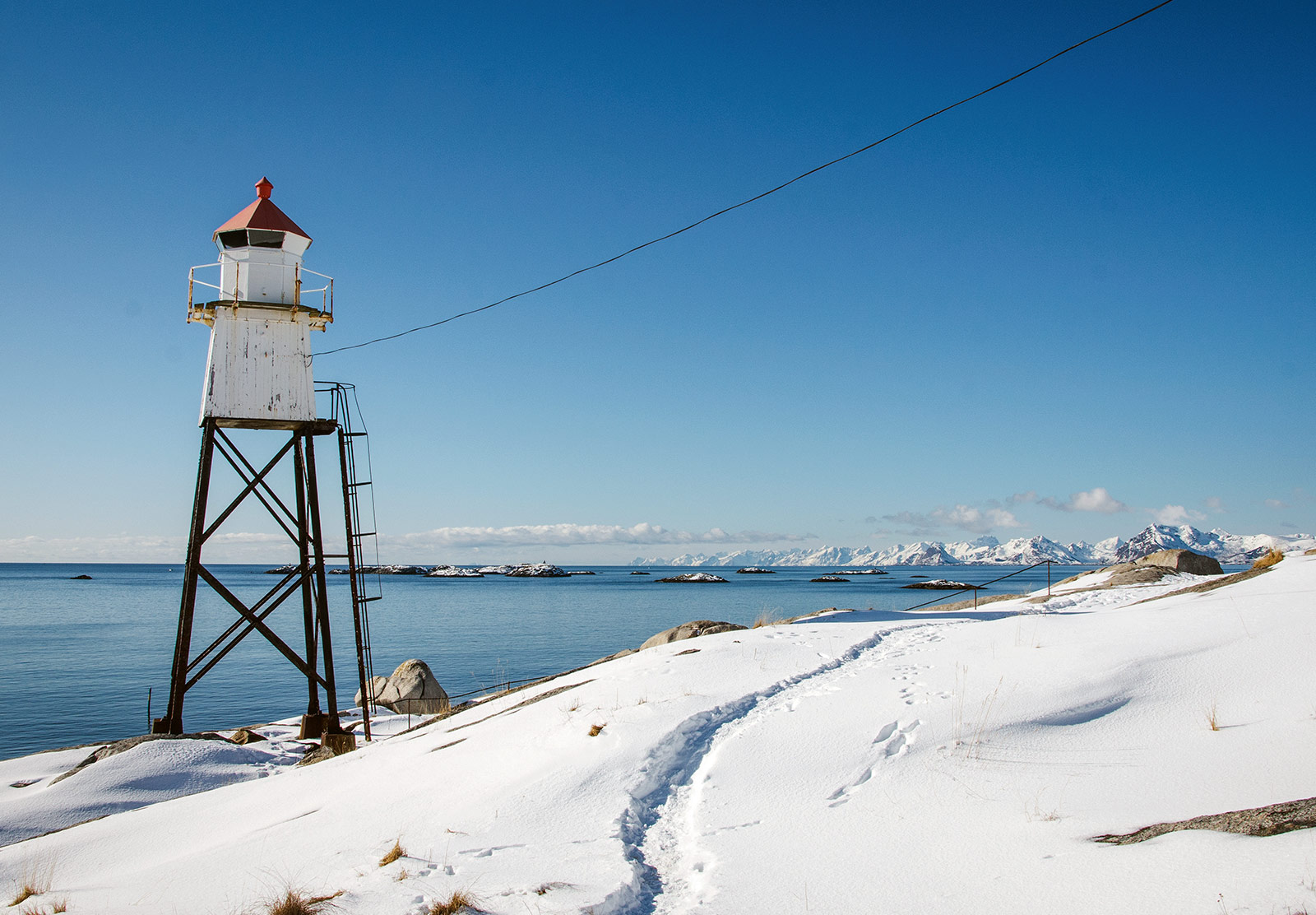 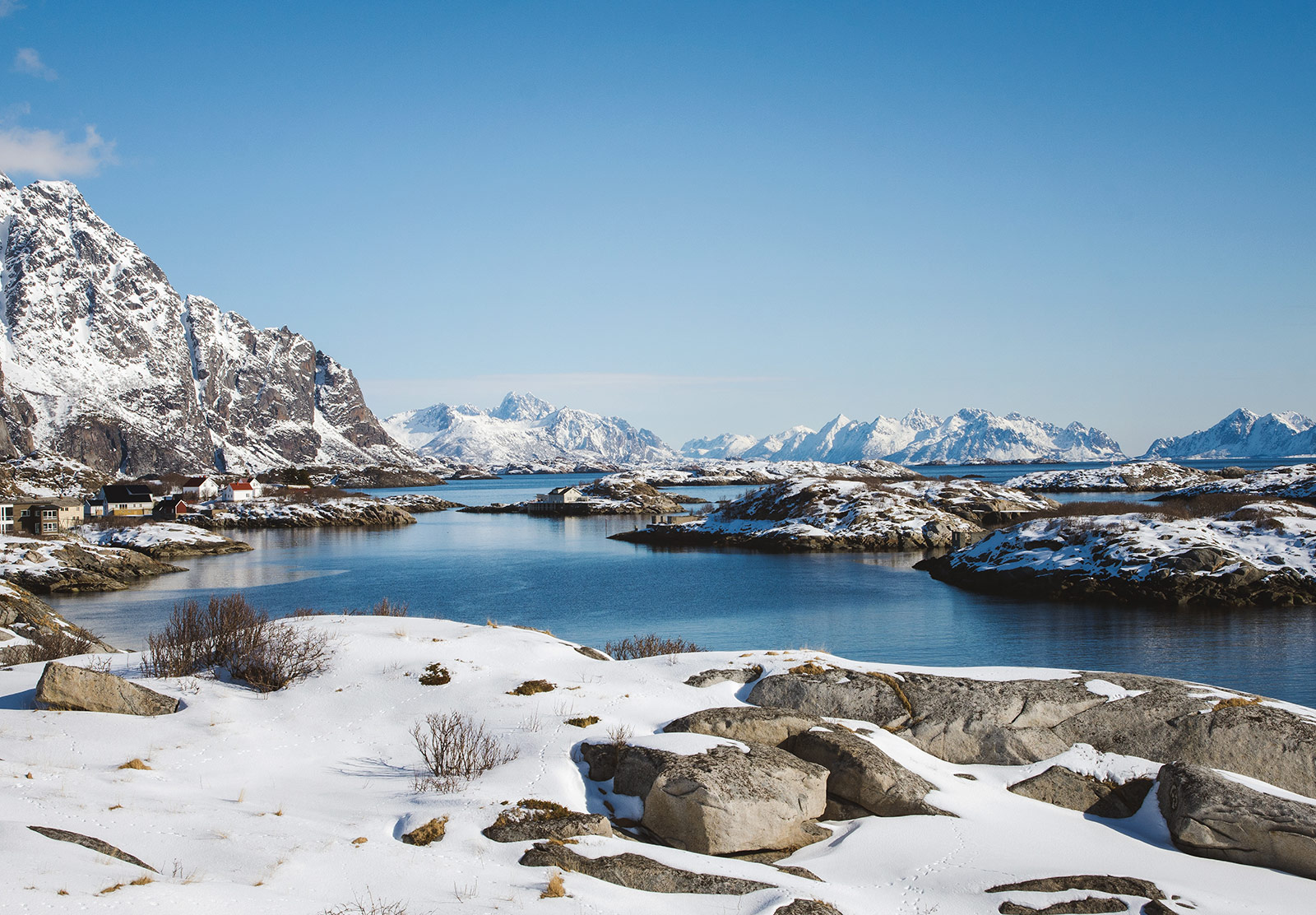 There are six bus journeys from Henningsvær to Svolvær on weekdays (only two on Saturdays and Sundays though). We contemplated exploring for a little longer but the next bus was two hours away so we decided to call it a day sooner rather than later. The buses were fantastic though — they took cards and ran on time despite sheet ice covering the roads.

Henningsvær should definitely be on the list if you visit Lofoten. Snow definitely adds to the magic but I imagine it’s also an amazing place to be in the Summer.

In the arctic circle where the snow is deep, you’ll find trolls a plenty but no Hampshire sheep.