In absense of proper Winter weather here in the UK, I’m doing a throwback to Arctic Norway in March. Henninsvær is a jaw-droppingly beautiful fishing village tucked in the Lofoten archipelago. I discovered residents travelling to the main island (Austvågøya) relied on a ferry until 1983 when the Henningsvær bridges were completed.

We caught the bus from Svolvær which actually turned out to be a heated coach… thirty minutes of comfy bums and good views. And we got to travel over these impressive bridges. If you Google “Henningsvær bridges”, you’ll see they are pretty steep in places! 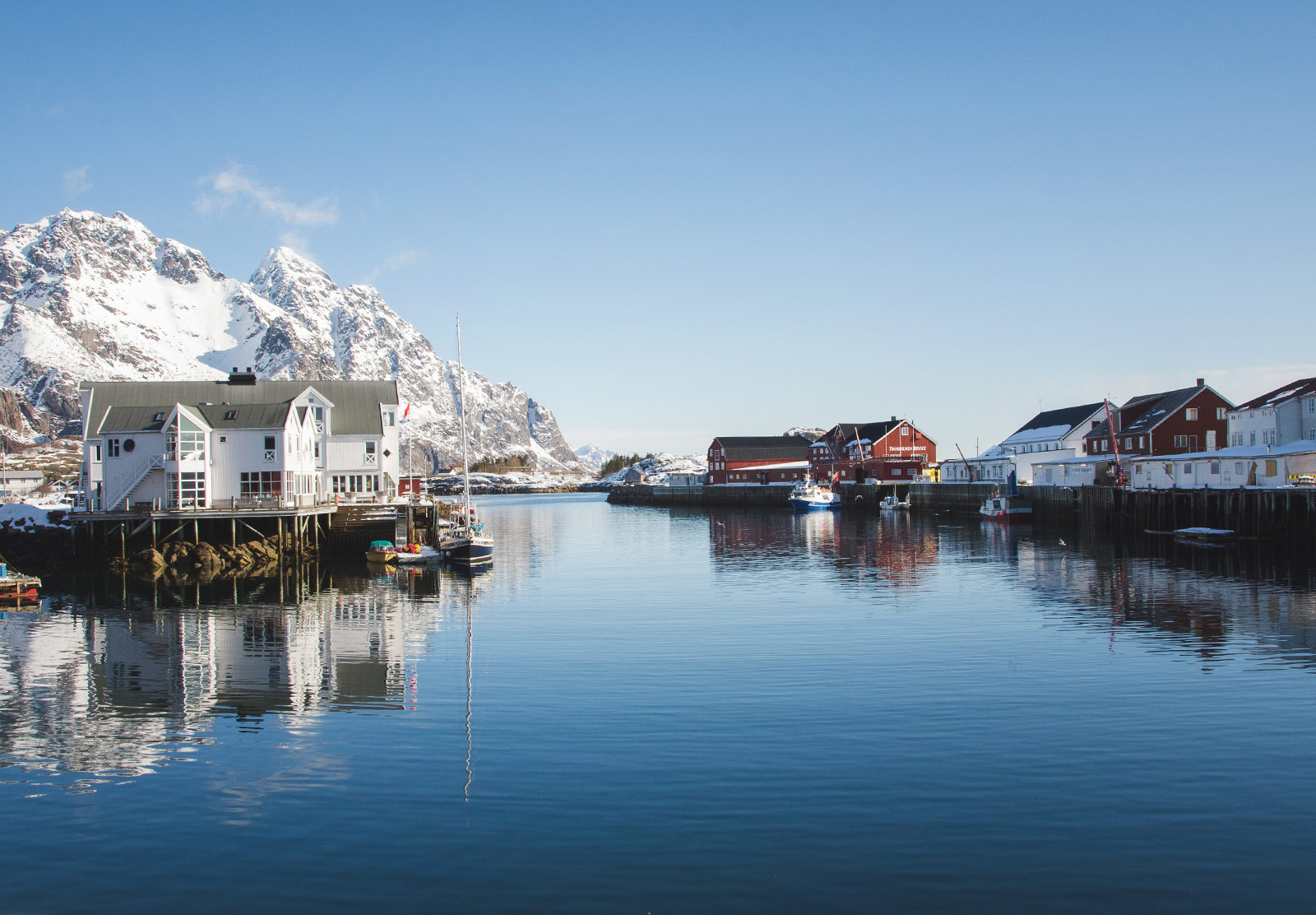 A Norwegian told us Lofoten’s villages are what people consider to be “true Norway” (rather than cities like Bergen and Oslo). In the past, fish would have been one of the main reasons people lived there and this quickly becomes apparent — fishing huts, processing yards, fishing boats and stockfish frames were pepperd between houses, shops, cafes and restaurants. 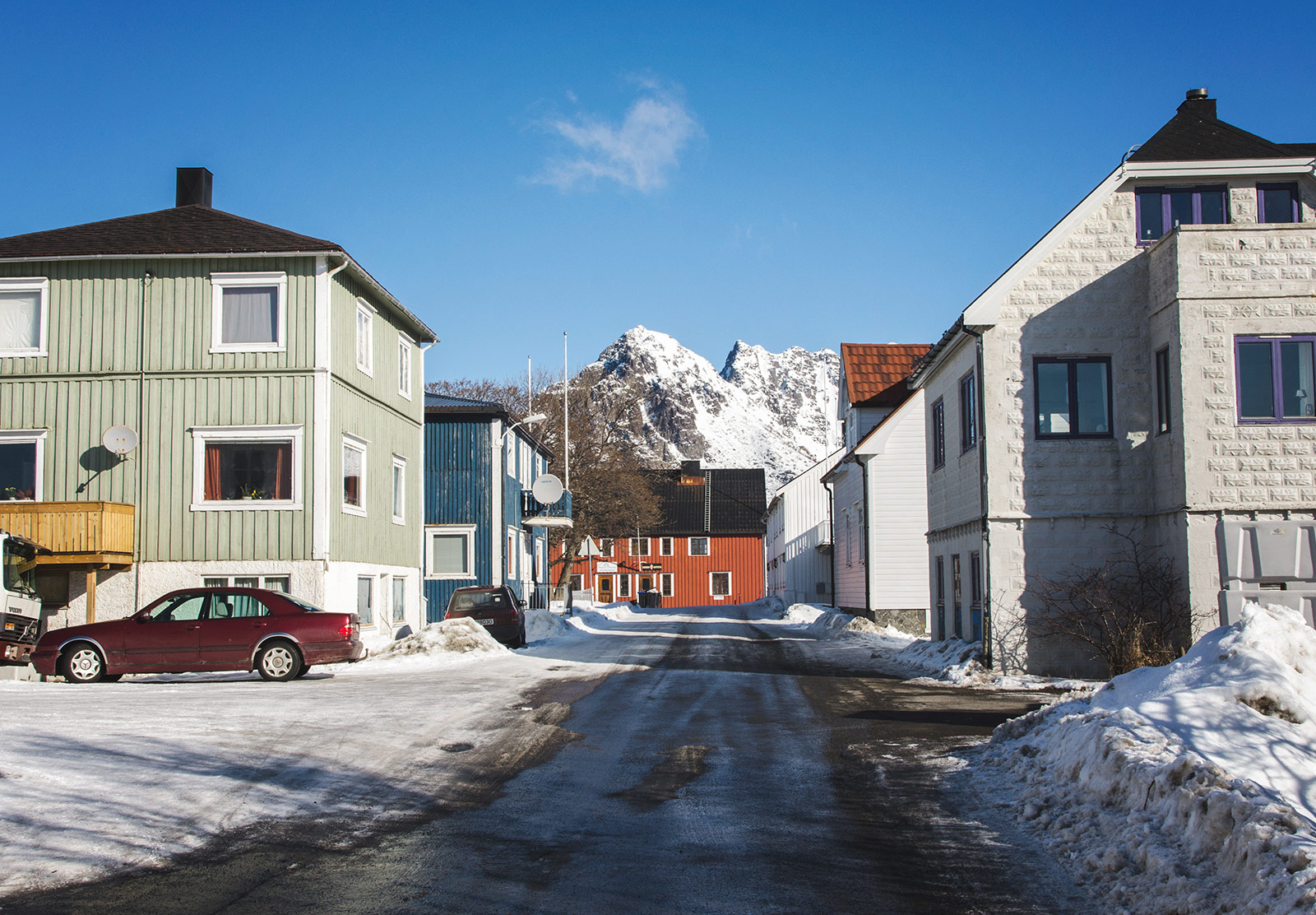 These dried catfish heads were for sale at around £25 each (300 NOK). I’m still fascinated by the heads — they don’t look at all pleasant so I’m not really sure why! I’m always curious about gory things.

Cod hung from porches and eaves on many buildings. I like the idea of having your own personal supply of air dried cod and if we lived in Lofoten, I would definitely string some up on the house. Suprisingly, the seagulls showed zero interest in it. 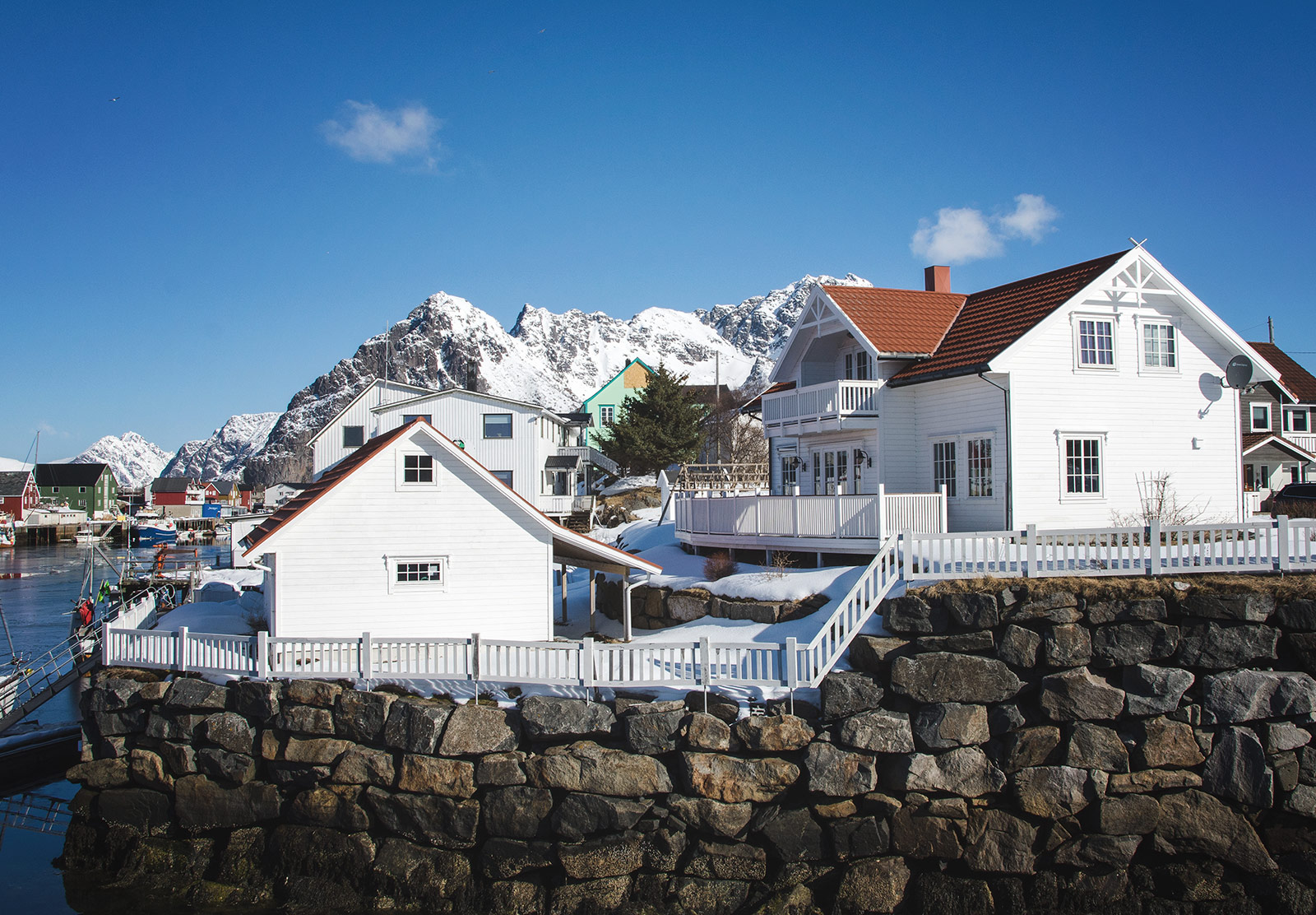 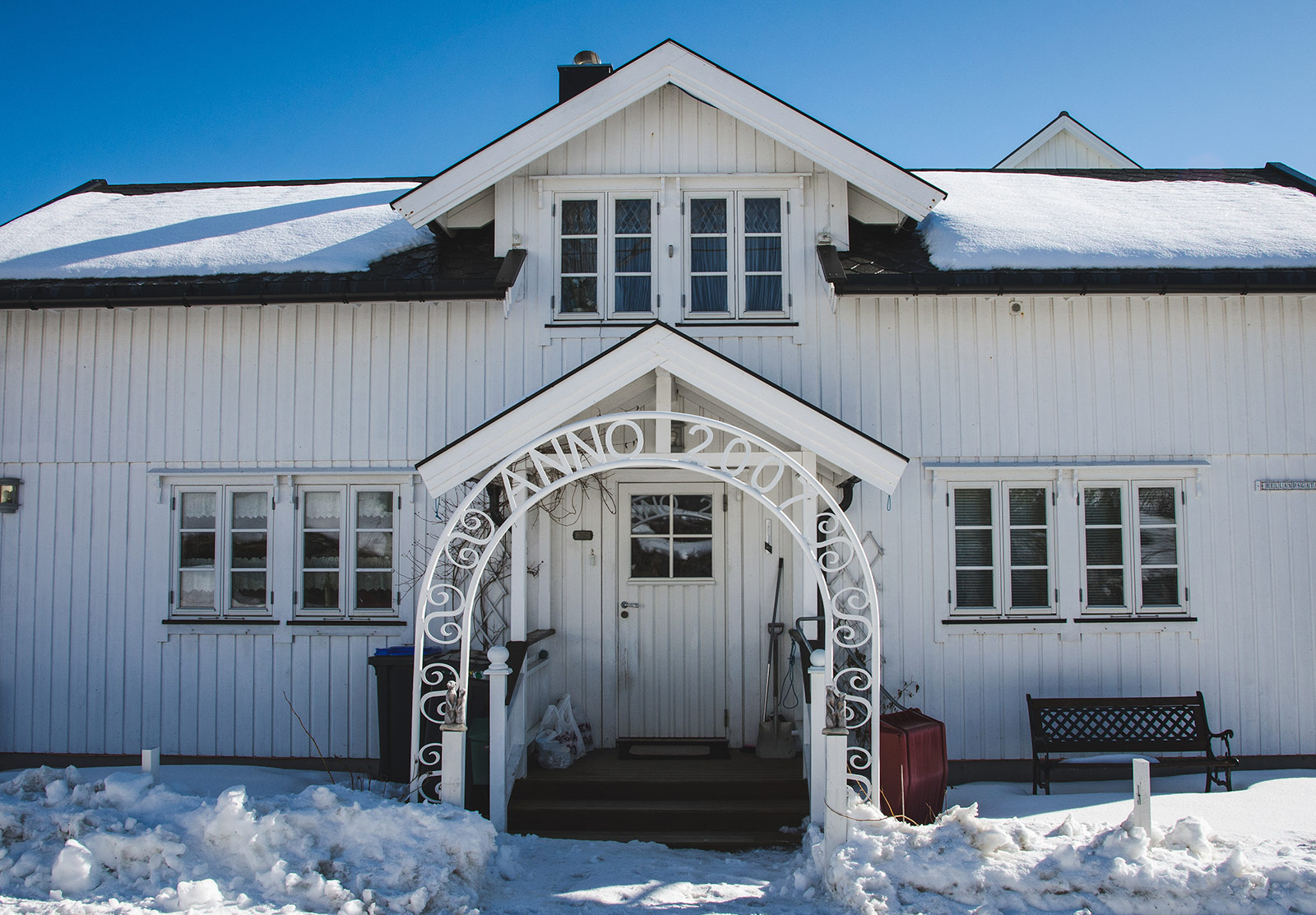 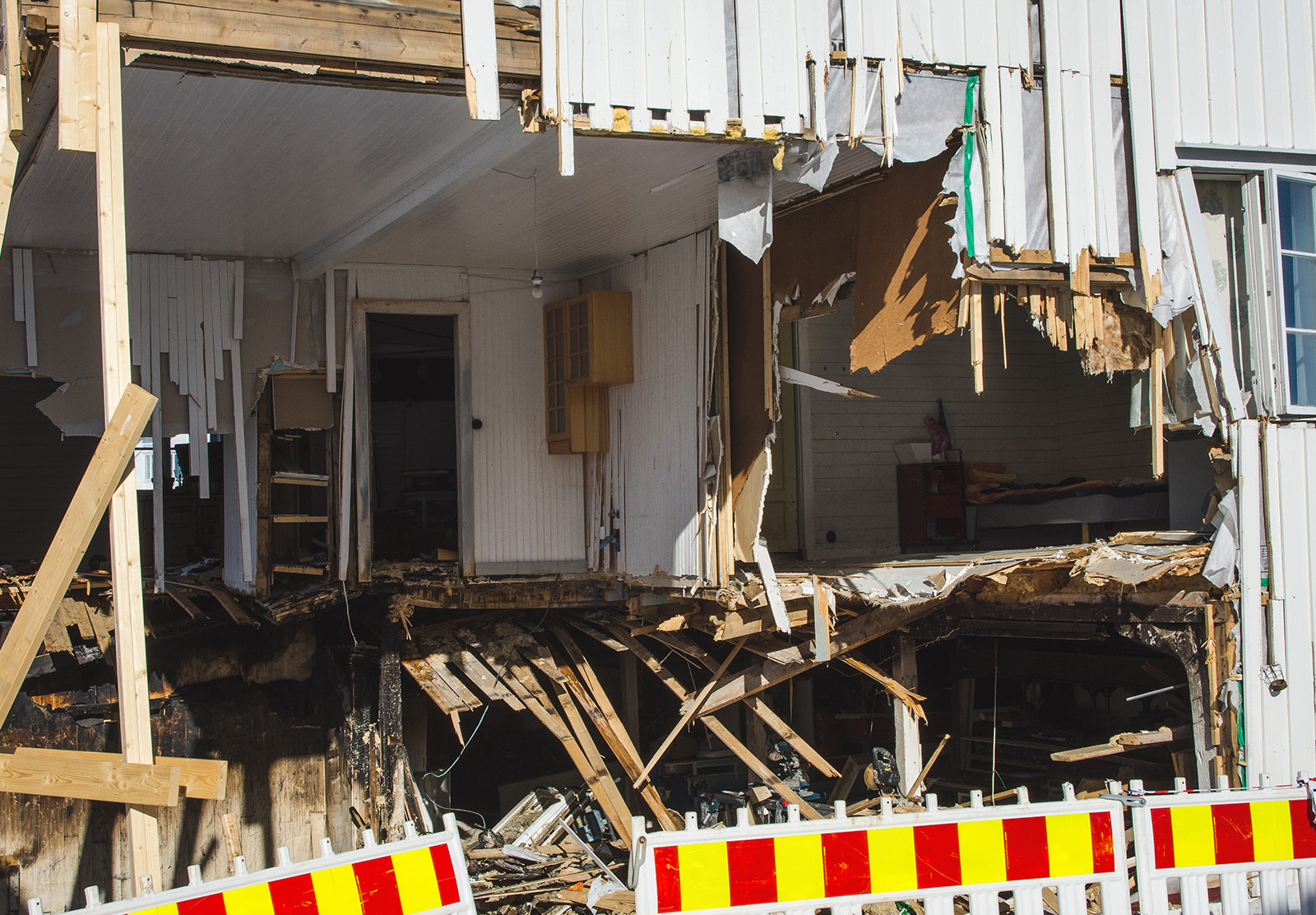 It looks like this house caught fire or there was some sort of explosion because it had no front and there was burnt wood on the ground floor. Seeing the inside was interesting but I felt sorry for the owners having everyone walking past, gawking at what was left. 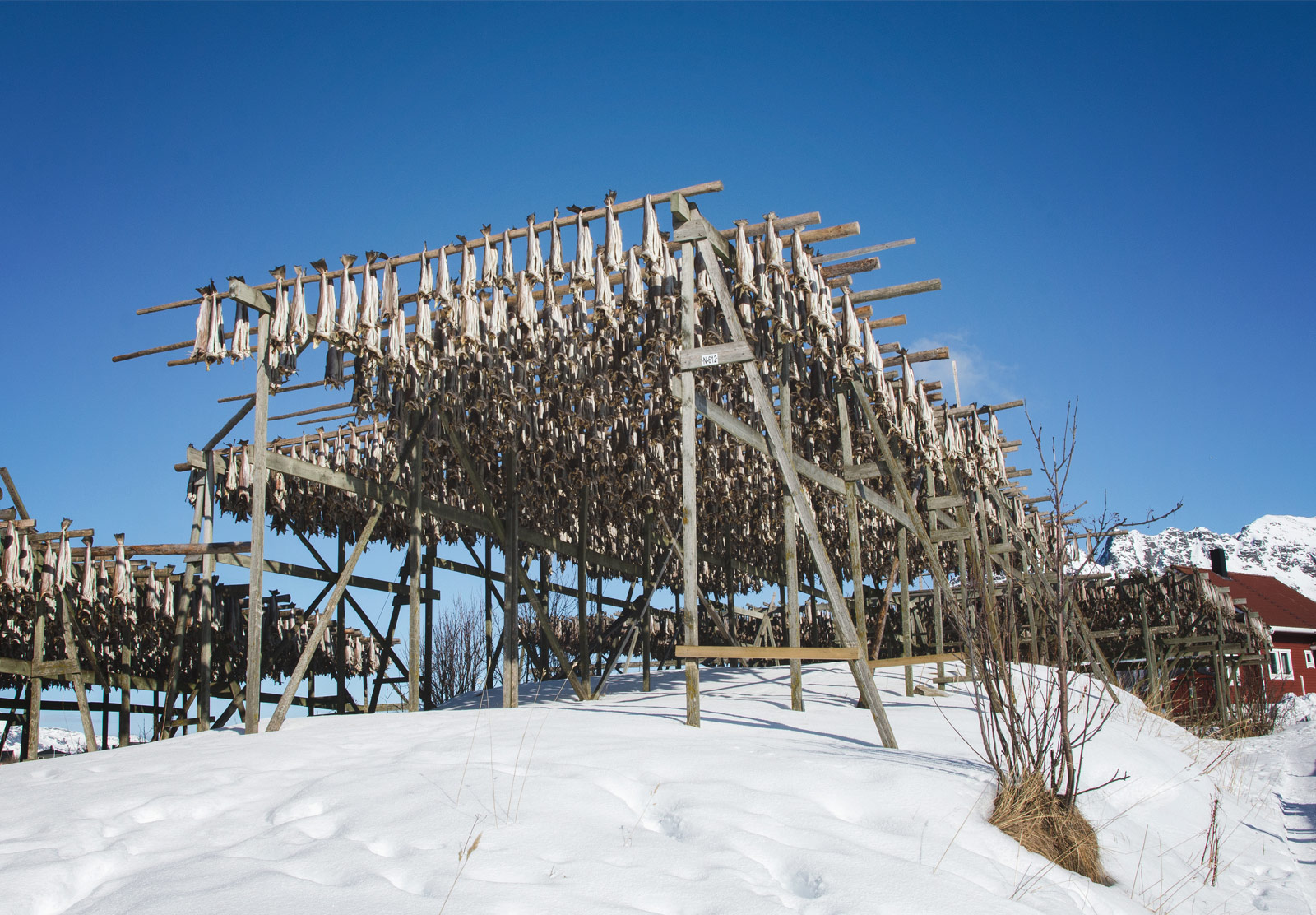 We caught whiff of a familiar smell on our way out of the village. Stockfish frames. Like a pair of sniffer dogs, we followed the smell of cod with our noses high in the air.

I became a bit of a stockfish nerd on this trip — poor Scott had to listen to me spouting cod facts I’d read in books and online. One piece of information I didn’t manage to find is why the stockfish frames in Henningsvær are flat (the frames in Svolvæer were A shaped). Does anyone know? 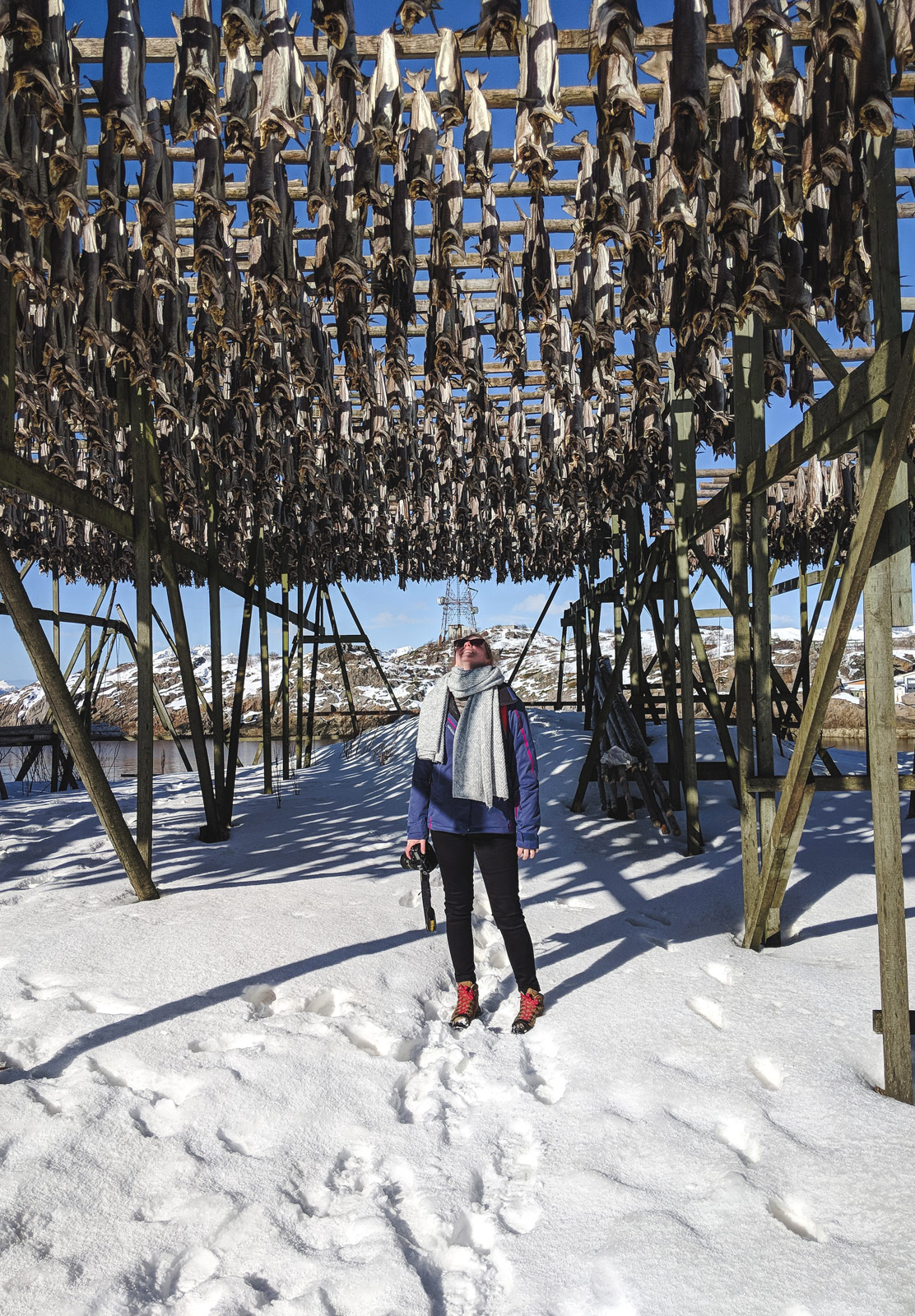 That’s all for part 1. I’m working on another post showing what we discovered beyond the frames. If you aren’t keen on fish photos, that will be the post for you!