Our route was only 8km so there was no rush take the tents down. I woke up to a massive mosquito bite on my neck that looked like the early stages of a second head. We laid in our tent and watched cloud roll in over the hills opposite — it happened so fast we thought something was on fire to begin with. 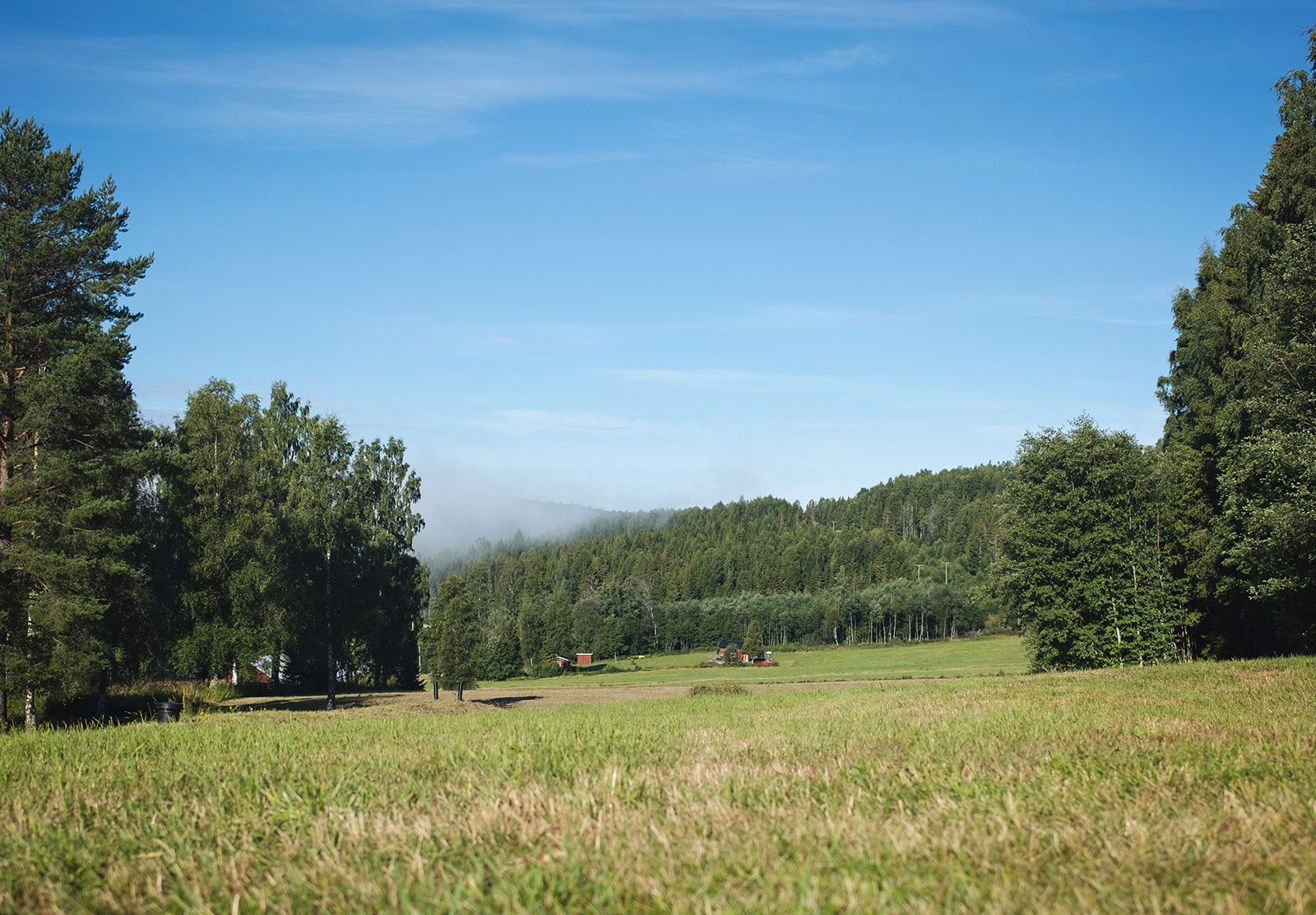 Me and Scott shared a coconut porridge pouch with blueberries and figs (by LyoFood and it’s great), and added some dried berries for extra oomph. That was washed down with a cup of Earl Grey Special tea and then we piled some homemade trailmix on top for extra calories.

We set off along country lanes and stumbled upon a small pebble beach. Although we’d only been walking for forty minutes, we still seized the opportunity for a scenic snack break. 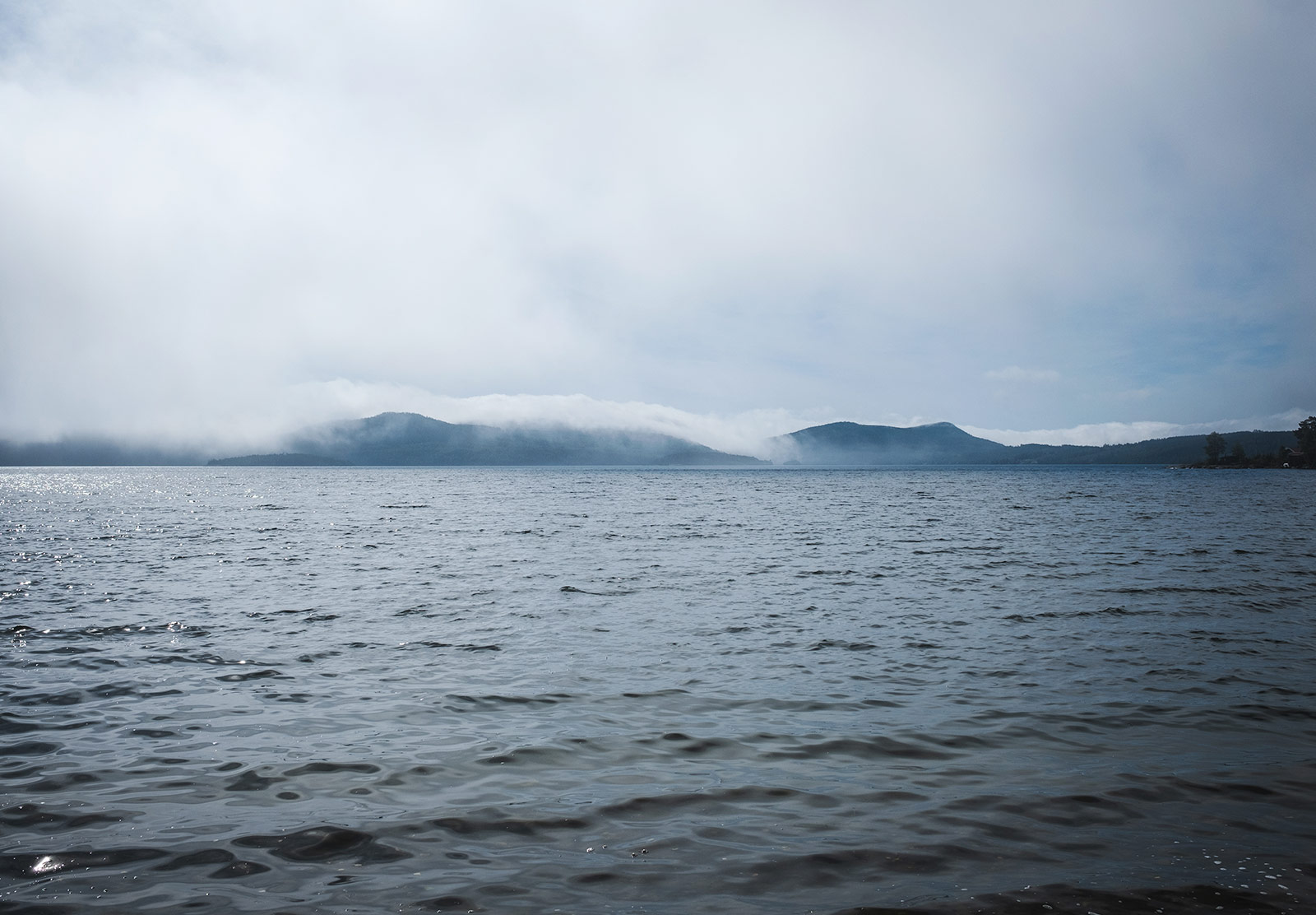 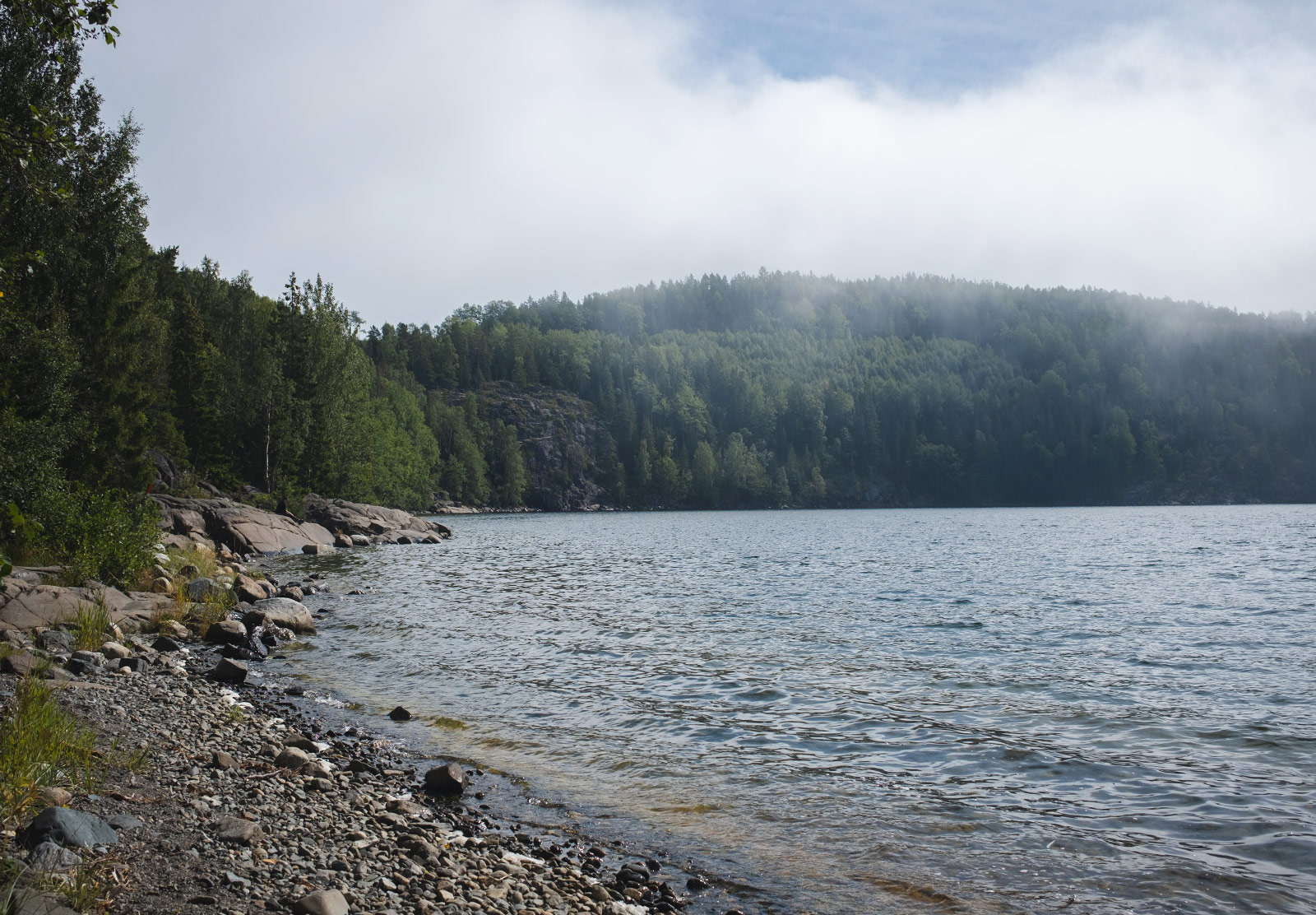 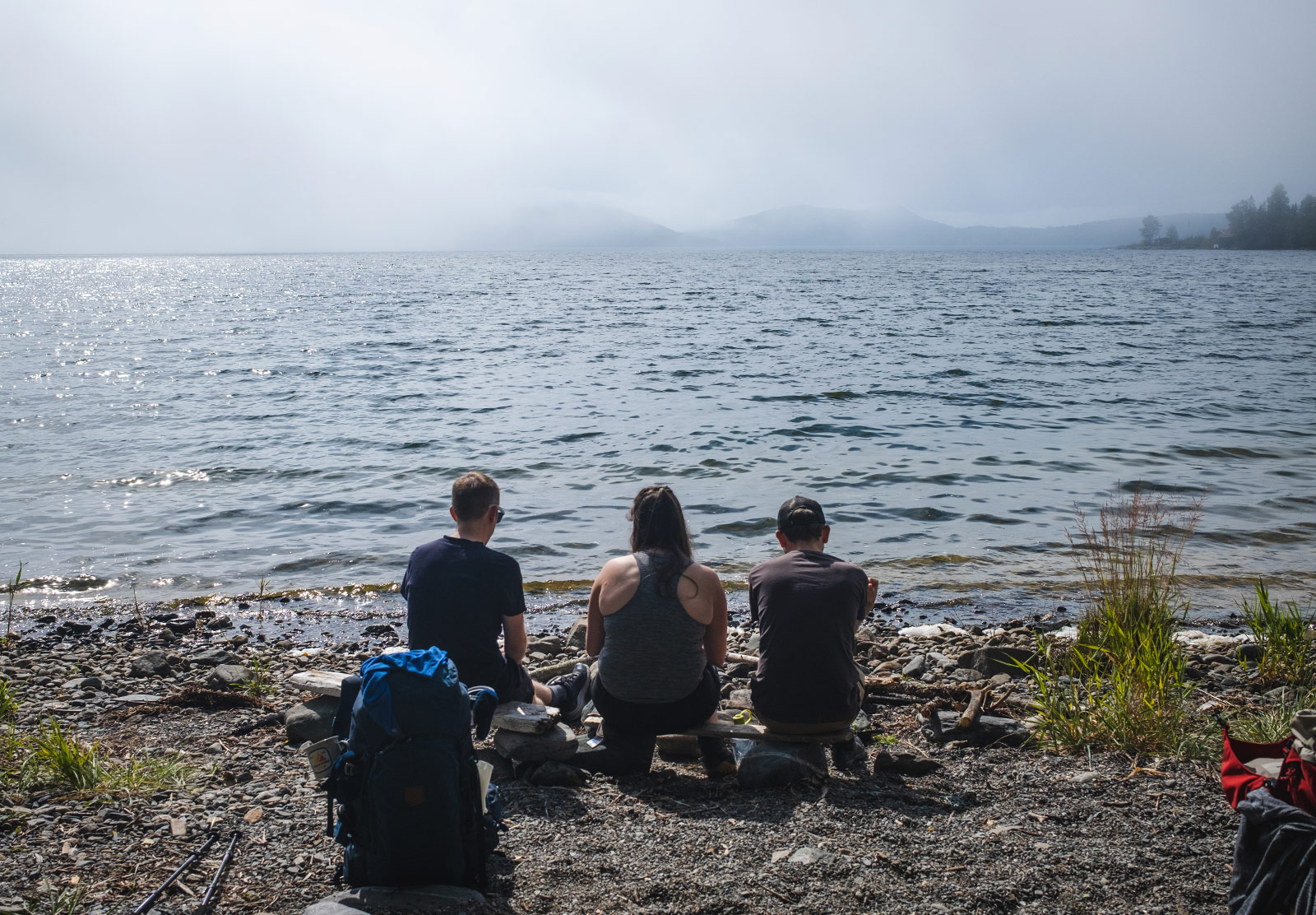 Most of our day was spent walking along country roads with small pockets of forest here and there; pink and yellow flowers lined the roadsides. We saw a couple of micro museums no bigger than a garden shed (one was a fishing museum).

Although day four was one of our shortest days, it felt like one of the longest. I was happy for a day on flatter ground but it wasn’t mentally stimulating enough. Several kilometers of gravel roads were also unkind to our feet and calves.

I wasn’t alone in feeling like I’d hit a calories defecit that day. The previous day was long and I’m not sure whether I ate enough that evening — my body felt hollow and I’m pretty sure the heat wasn’t to blame. So you can imagine how pleased we were to find Konstbyns Kafé at Nordingrå! I ate a huge plate of potato salad and a hallongrotta. Scott ate a toasted sandwich, a cookie, lime pie and an almond slice. 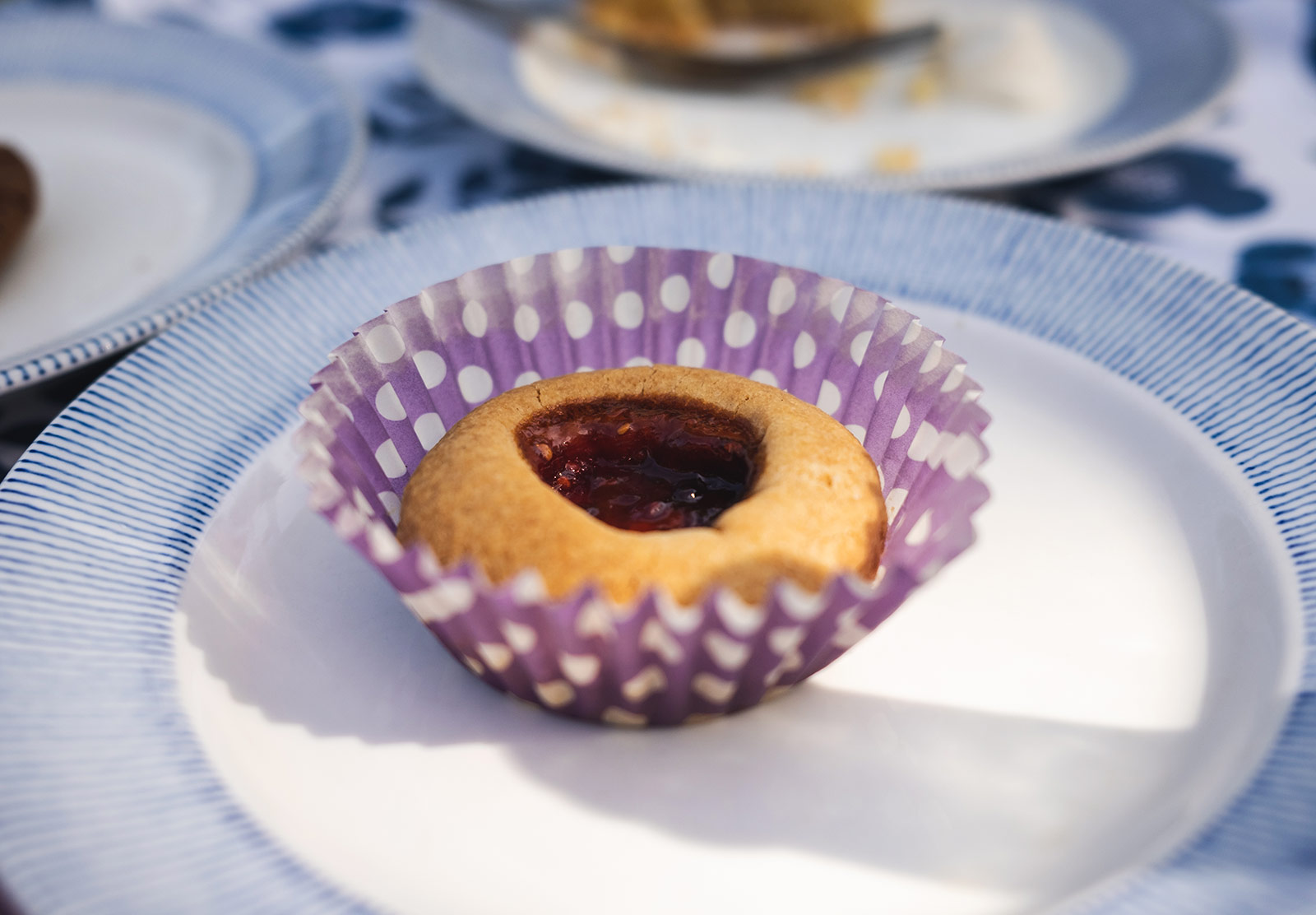 Just as we were thinking about leaving, Scott stretched and I noticed a black dot on the inside of his arm. A tick. It was difficult to remove because it was fairly small and had buried its head under the skin. I had to hold his skin taut while one of our friends used the tick card. This prompted us all doing individual tick searches afterwards.

We called in at Nordingrå art village after lunch. They sold so many nice things but most were too heavy to carry for several days. I bought a couple of postcards and a local map printed from a wood block. 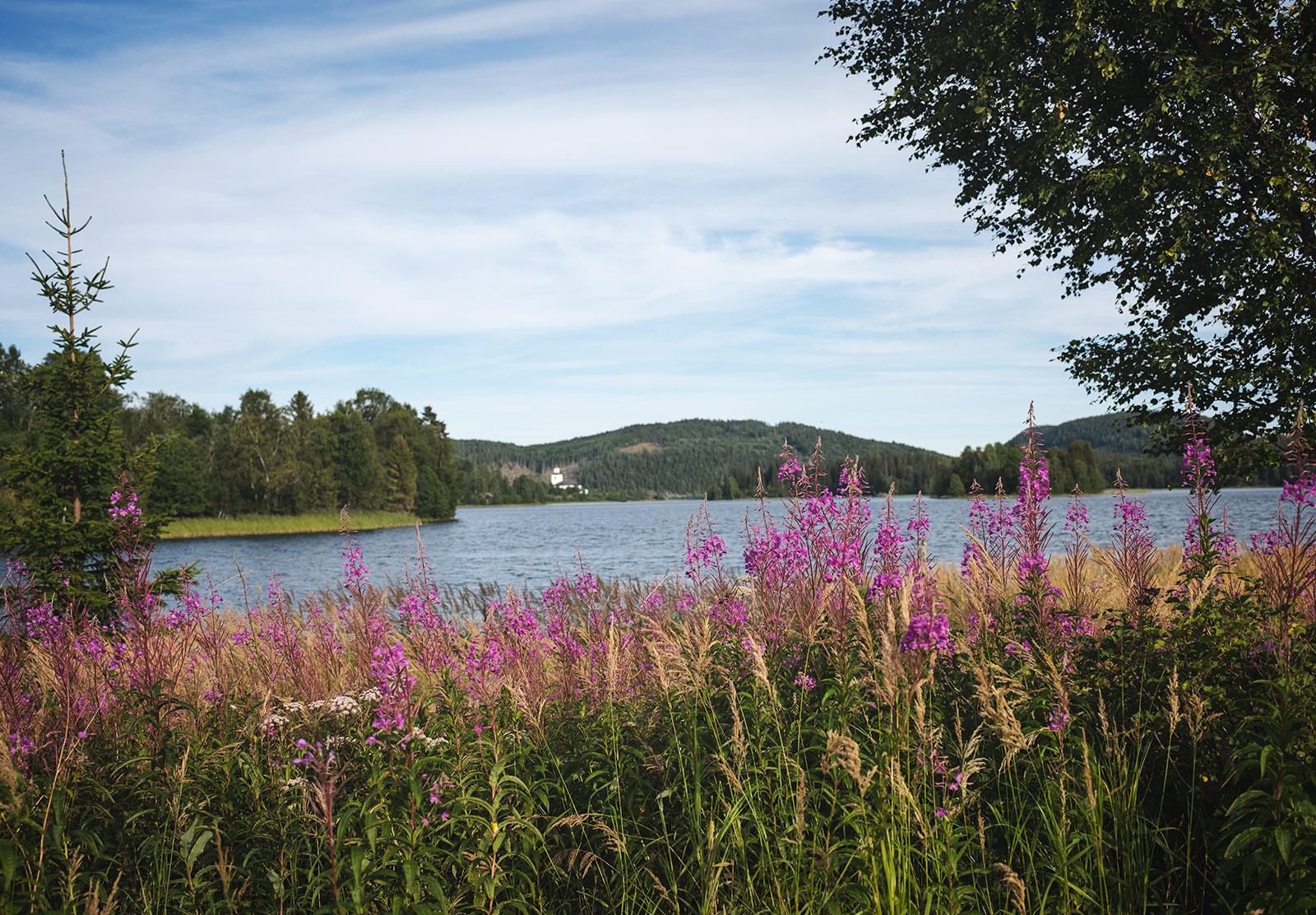 This amazing view greeted us at Lappuddens Friluftscenter. We pitched our tents and then walked to Vallen Pizzeria a few kilometers away (the closest place to eat). Sweden has a well deserved reputation for weird pizza including kebab pizza with mayo and cucumber, and banana with curry sauce. We really weren’t sure what to expect but the food was pretty good. No banana in sight.

The hot weather had taken its toll so we decided to adjust our plans and have a rest the following day, wash some clothes, go canoeing and let our calves recover from the cobble fields. Read part 5.