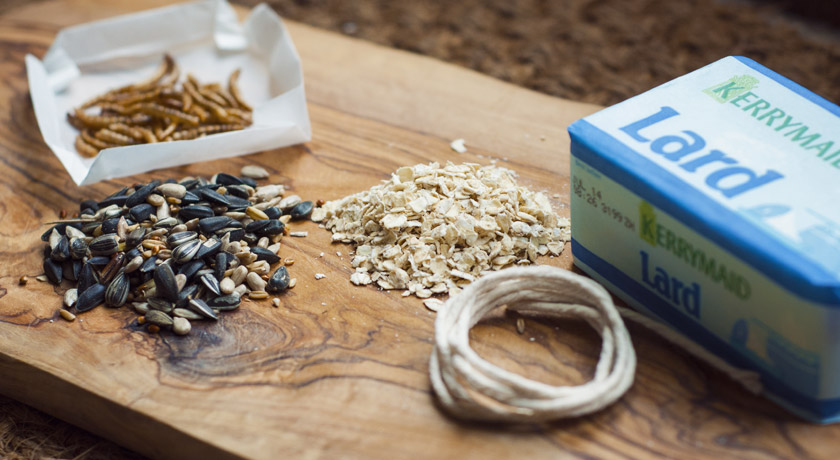 Over the weekend I made some treats for the birds. We’d almost run out of fat cake and it’s quite expensive to buy if you don’t have space to store in bulk, so I thought I’d make my own. I found a simple recipe on Gardeners’ World and I had everything I needed to make it apart from the lard.

How I did it

I used approx double the amount of seed to lard (e.g. 1/2 cup lard, 1 cup of seed) and added oats to pad the mixture out. 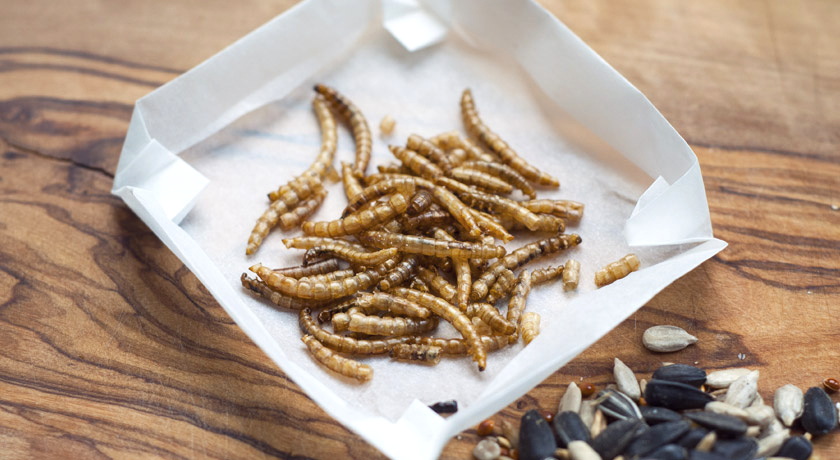 I used to put meal worms out on the grass for the blackbirds at our old house. I haven’t seen any here and our garden is paved so they’ve just sat in the shed. The RSPB fat cake I normally buy has them in and the birds love them so I added a few to my dry mixture. 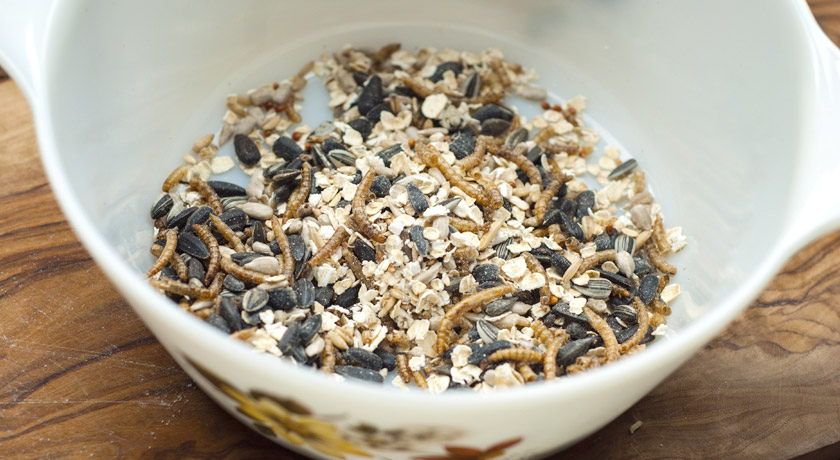 I didn’t have any yogurt pots so I lined a small tea cup with cling film. 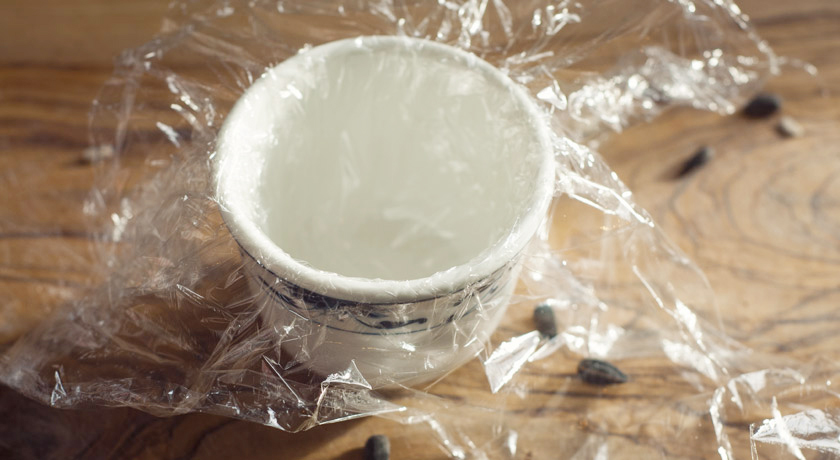 Melting the lard was my least favourite part. I can’t stand the stuff! Partly because it has a horrible smell which seems to get so much stronger when heated. I might use beef suet next time. 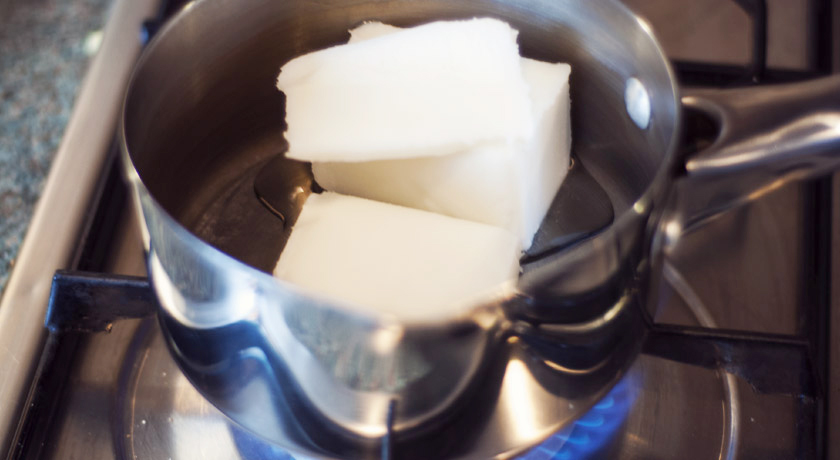 I tied a couple of knots at the bottom of the string and left a loop at the top for hanging on the branch. 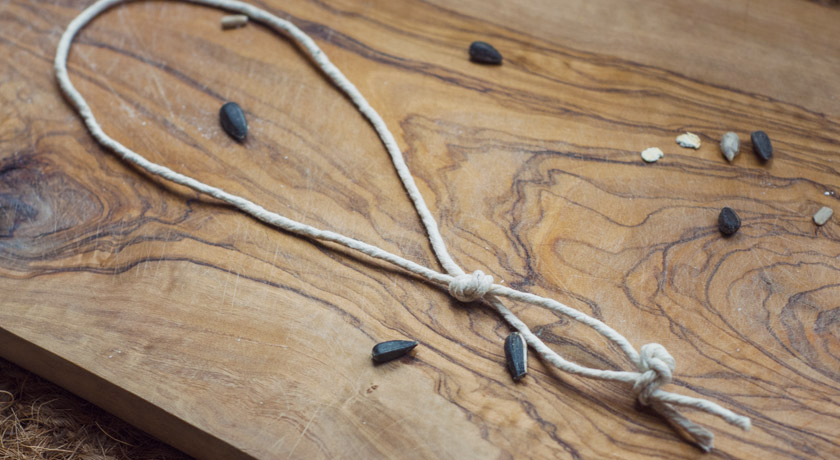 Then poured the mixture into the mould to set overnight in the fridge. 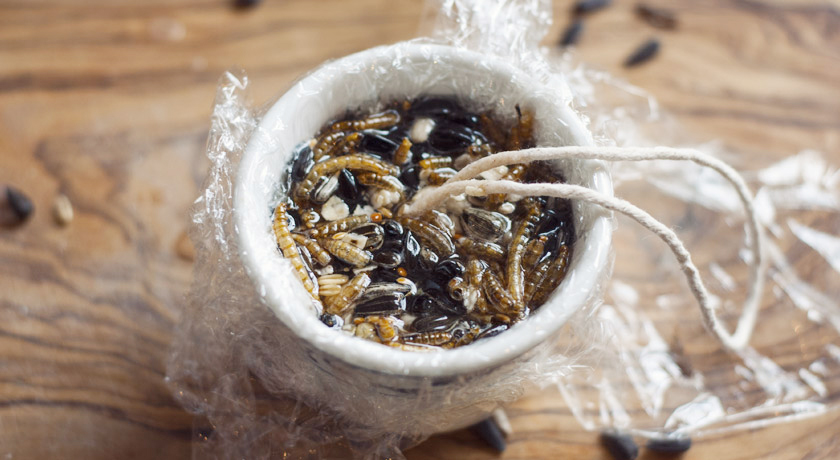 Ta-dah! The tastiest fat cake in the village (if you’re a hungry bird who loves pork fat of course). 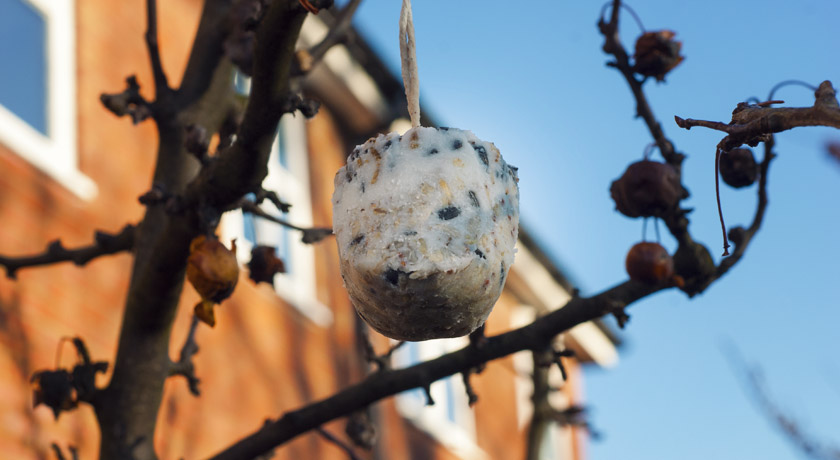 If you want to make your own fat cake check out some of these recipes: