April ended up being a busy but fun month. We had a big Spring clean, a friend visited, we went on a road trip to the West of Sweden (I need to sort through the photos), celebrated Valborg and visited some new places in the city.

I didn’t get around to writing a March post and didn’t want to forget this bun because it was perfect. It’s the semla I demolished on Fettisdagen (Fat Tuesday), made by a bakery down the road.

Our old sofa was one of the few pieces of furniture we bought over from the UK and we’d already had it for several years at that point. We were pretty attached to it. After many years of Columbo viewing, it became too saggy for comfort. It took a while to find a good replacement and hilariously, the new one is almost identical to the old one (but a little bigger). 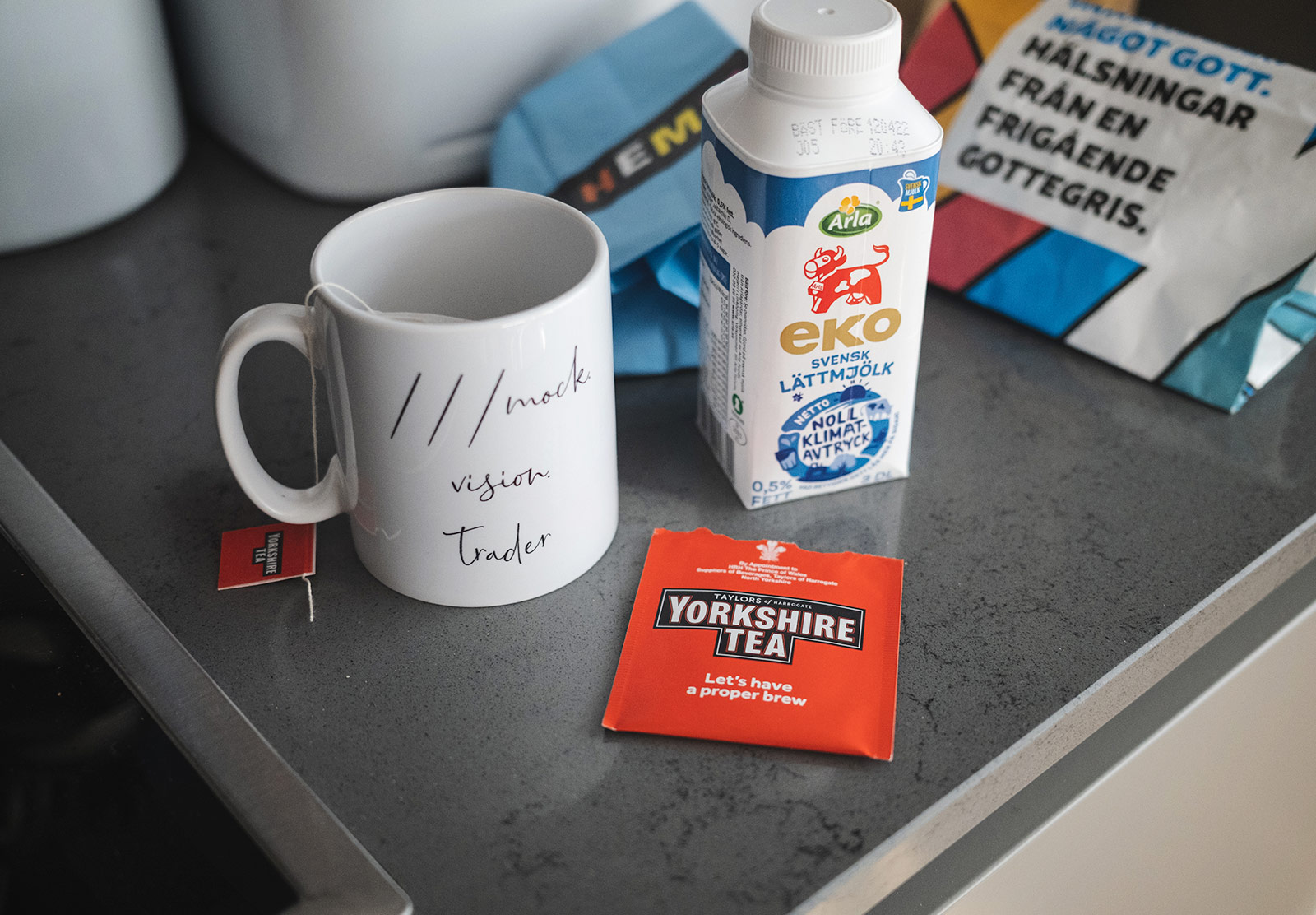 We had our first visitor from the UK! It was really nice to show a friend our favourite places and share what we love about Stockholm. She packed her own teabags but we also managed to get her hooked on a Swedish tea.

There have been many crisis prepardness prompts lately and we now have a free handbook from MSB, The Swedish Civil Contingencies Agency. It’s uncomfortable to think about these situations unfolding but it’s better to be prepared just in case.

Lighter days felt so so good; they triggered the premature purchase of several Summer dresses. I bought the one below on my recent trip to Gotland and decided to embrace the loose, floaty style that is popular in Sweden.

I love love love geraniums, so I was happy to see them waking up again. I bought a red geranium when we moved into our last apartment — it was just a cheap one from the supermarket so I didn’t expect it to live very long. We still have it two years later and the geranium above is a cutting from that plant.

I found my first grey hair! When I looked closely, I realised several had grown but I hadn’t spotted any of them earlier. I’m choosing to believe I’m now wise rather than just ageing. No plans to dye my hair so I’ll probably just let it do its thing.

One of my friends queried whether I found the grey hair on my head… without doubt the best response in the world to a grey hair announcement.

We finally bought some new plates and bowls! Getting excited about that sort of thing makes me feel like we’ve hit peak adulting.

Matcha has become something I really enjoy. I wasn’t overly keen on it in the past but it turns out I just hadn’t tried good matcha. I love gazing into a bowl of frothy green foam.

That was life in April. The extra light was nice, as was being able to open up all the windows and seeing extra snowfall I didn’t think we’d have.