Most of our time in Dalarna was spent in the wilderness but after five days of back to back adventuring, our bodies were feeling a bit ruined. We decided to take it easy and mooch around a small town called Falun for a few hours… and eat cake.

We stumbled upon a fantastic shop full of old things, called Larshans Antik & Kuriosa. I love rummaging through places like this and always keep an eye out for illustrated postcards, old photos (check out these gems from Canada), cameras and unusual kitchen items. They are generally small enough to fit in a suitcase, making them perfect holiday souvenirs.

You may or may not know I collect and translate old postcards. There is a backlog in my desk draw, I really need to get a few more on here! Luck was on my side in Falun because I found a matching set of miniature Swedish postcards — there was no text on the back but I bought them anyway. 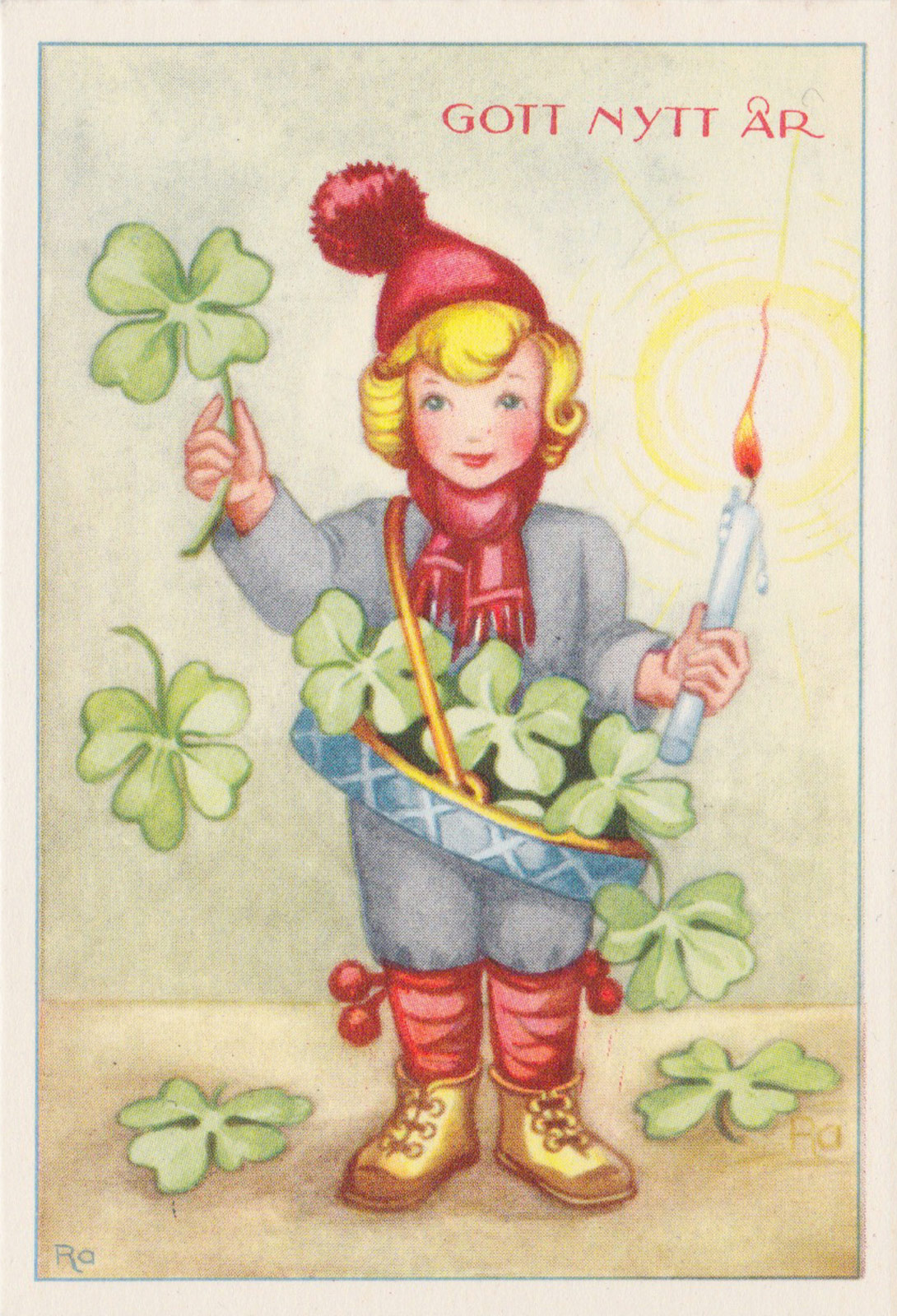 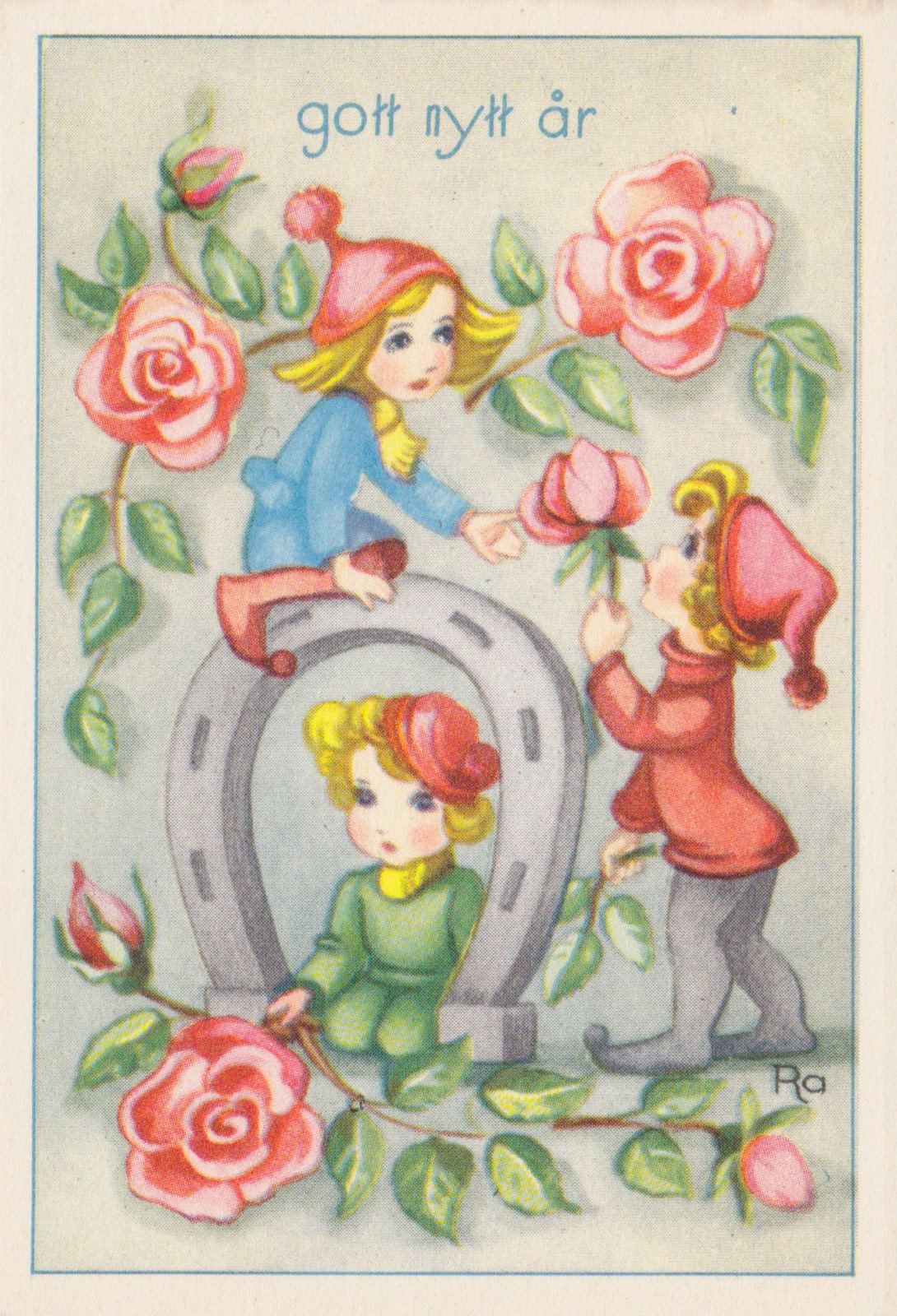 Gott nytt år means Happy New Year and I found some information which suggests the male figures might be “tomte” — a bearded mythical creature from Nordic folklore.

The text on the back reads: 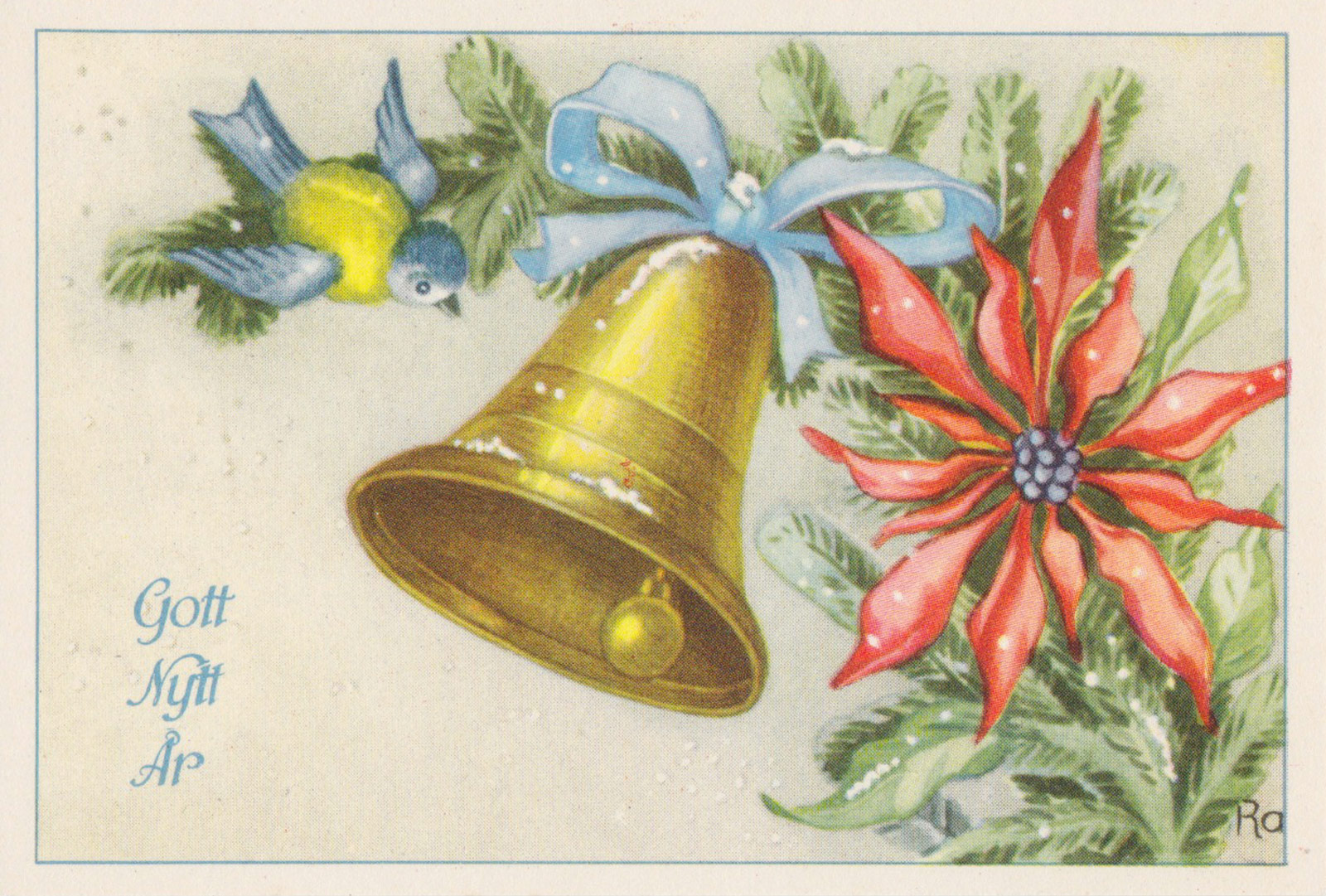 The bird postcard doesn’t really fit with the set but I picked it up because it was initialed by the same artist, “Ra”. Finding more information this person was really hard. I thought these were the initials of their first and last name but after many unfruitful searches, I cottoned on to the lowercase “a”. This lead me to think they were using the first two letters of their forename and I eventually arrived at “Ramstedt Devadatta”.

Unfortunately, I haven’t been able to find any information about Ramstedt Devadatta online but it looks like many of their illustrations were printed on postcards during the 1920’s and 1930’s. Difficulty finding this information and the fact there probably aren’t many physical copies left, makes documenting them feel like a worthwhile activity.

0 comments on “The hunt for old postcards in Falun”