I often have canoe fantasies. We are gliding across a lake in wooden canoe. Mountains in the background. A bag of camping supplies and a stove for whipping up a hot meal. The dog we don’t own yet, sat at the front wearing a mini life jacket. We’ve even talked about buying a canoe someday. One small problem, other than the size of our tiny car, is the fact we’ve never stepped foot in one… until this week. Twice!

These are just phone snaps. I didn’t dare take any actual cameras along in case we capcised or there were leaks in the dry bag provided by the canoe hire centre. 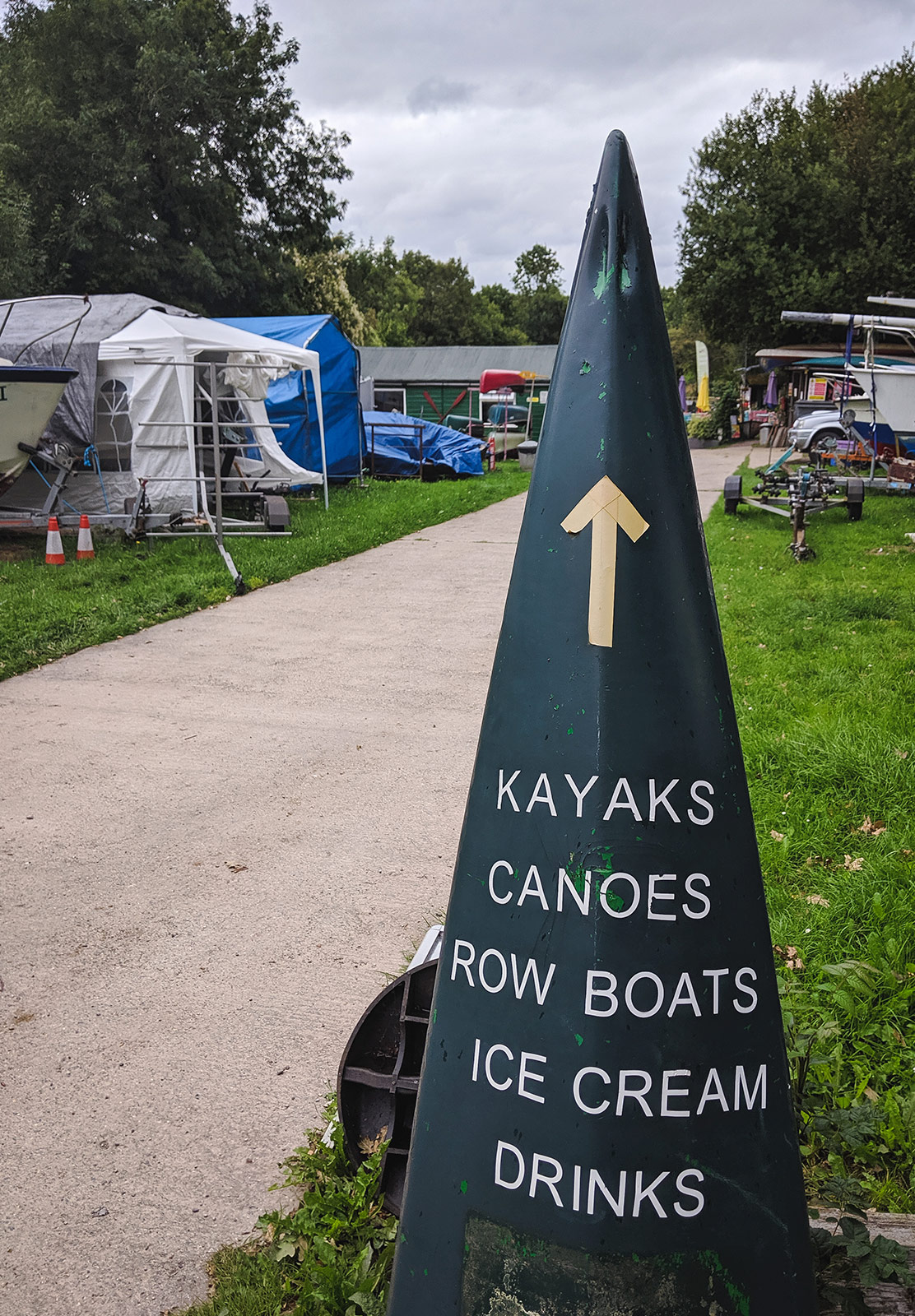 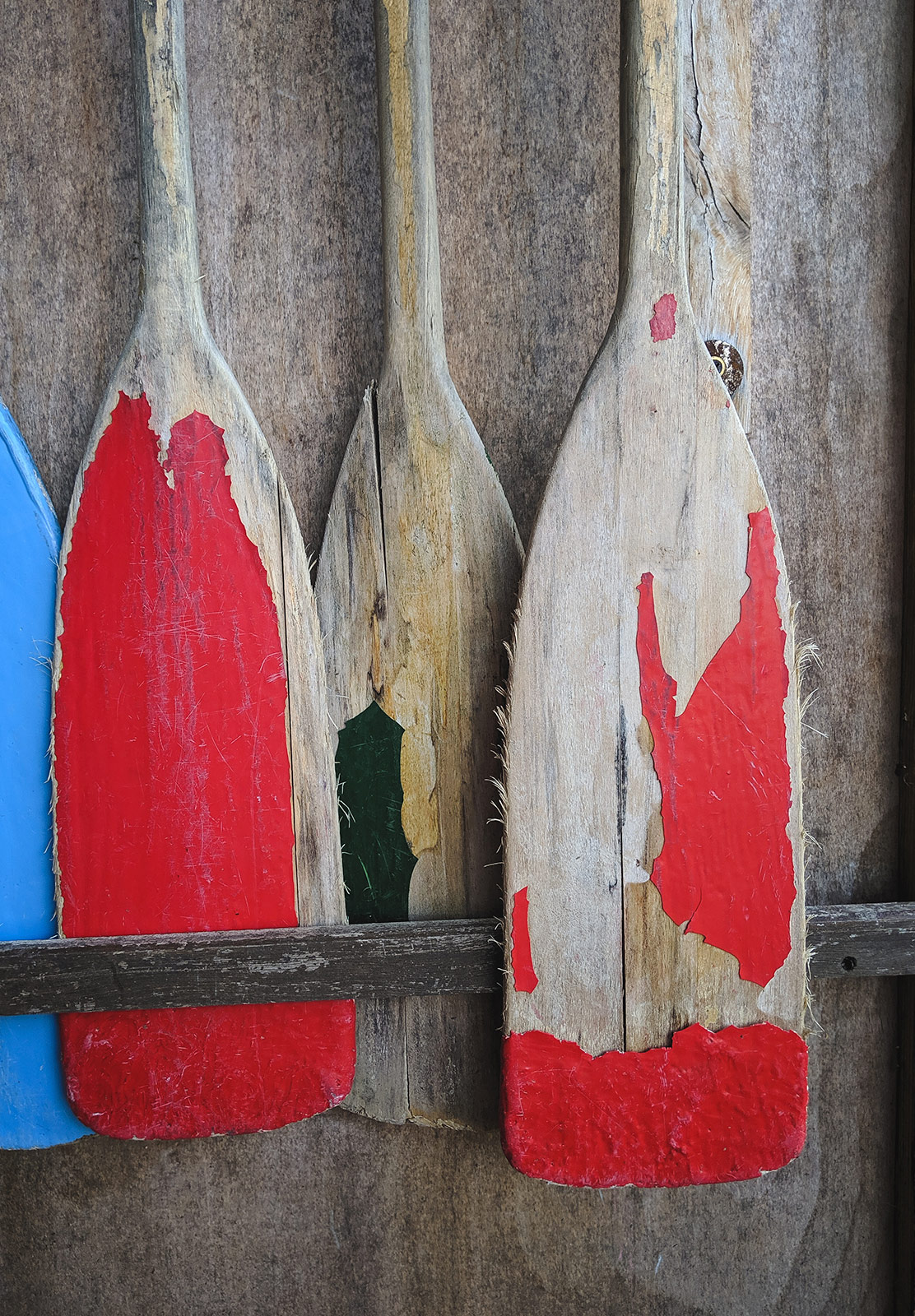 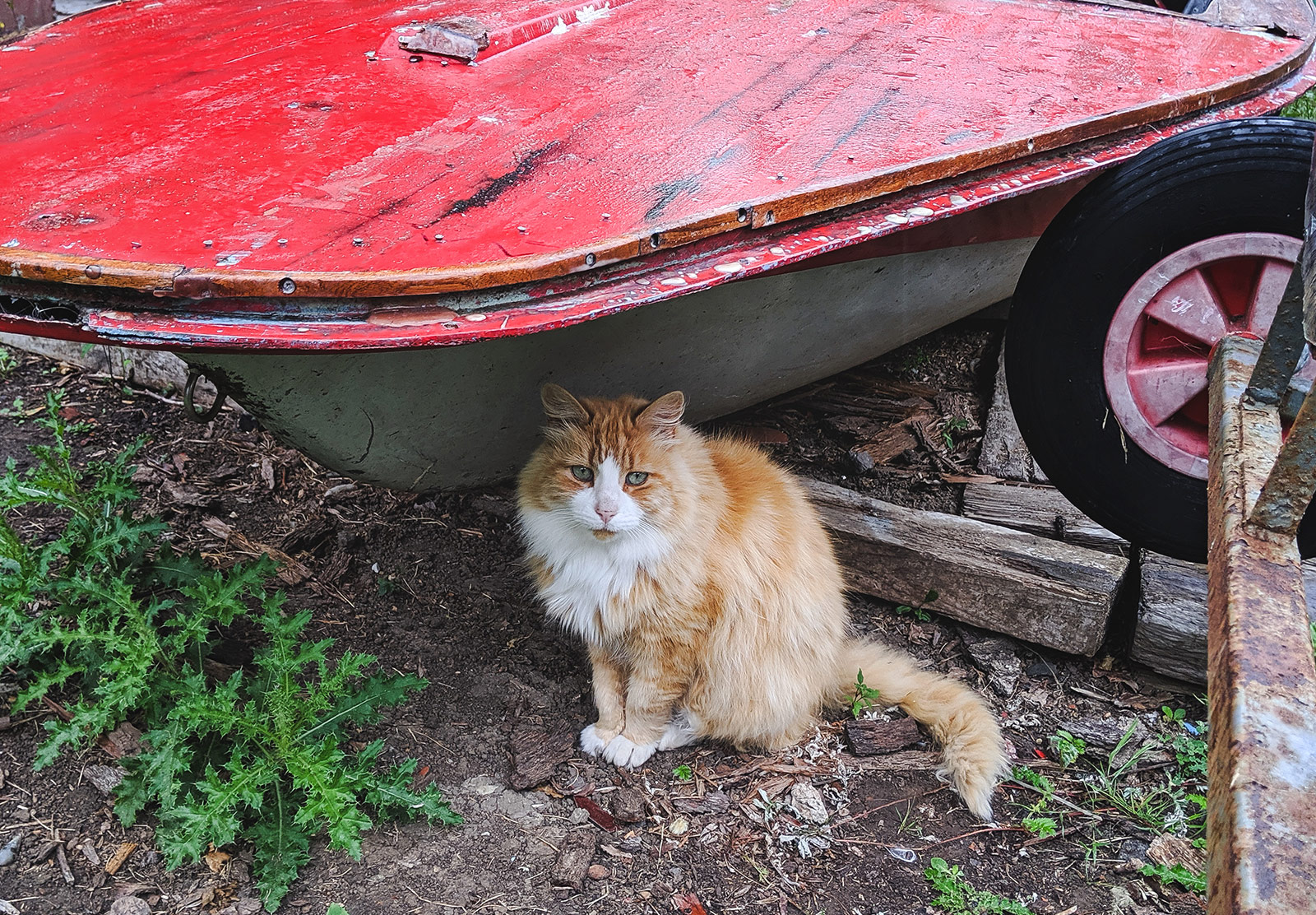 We zigzagged up the canal, trying to avoid bouncing off the banks or bridges. Luckily, it was quiet and there were no other canoes or canal boats to dodge. 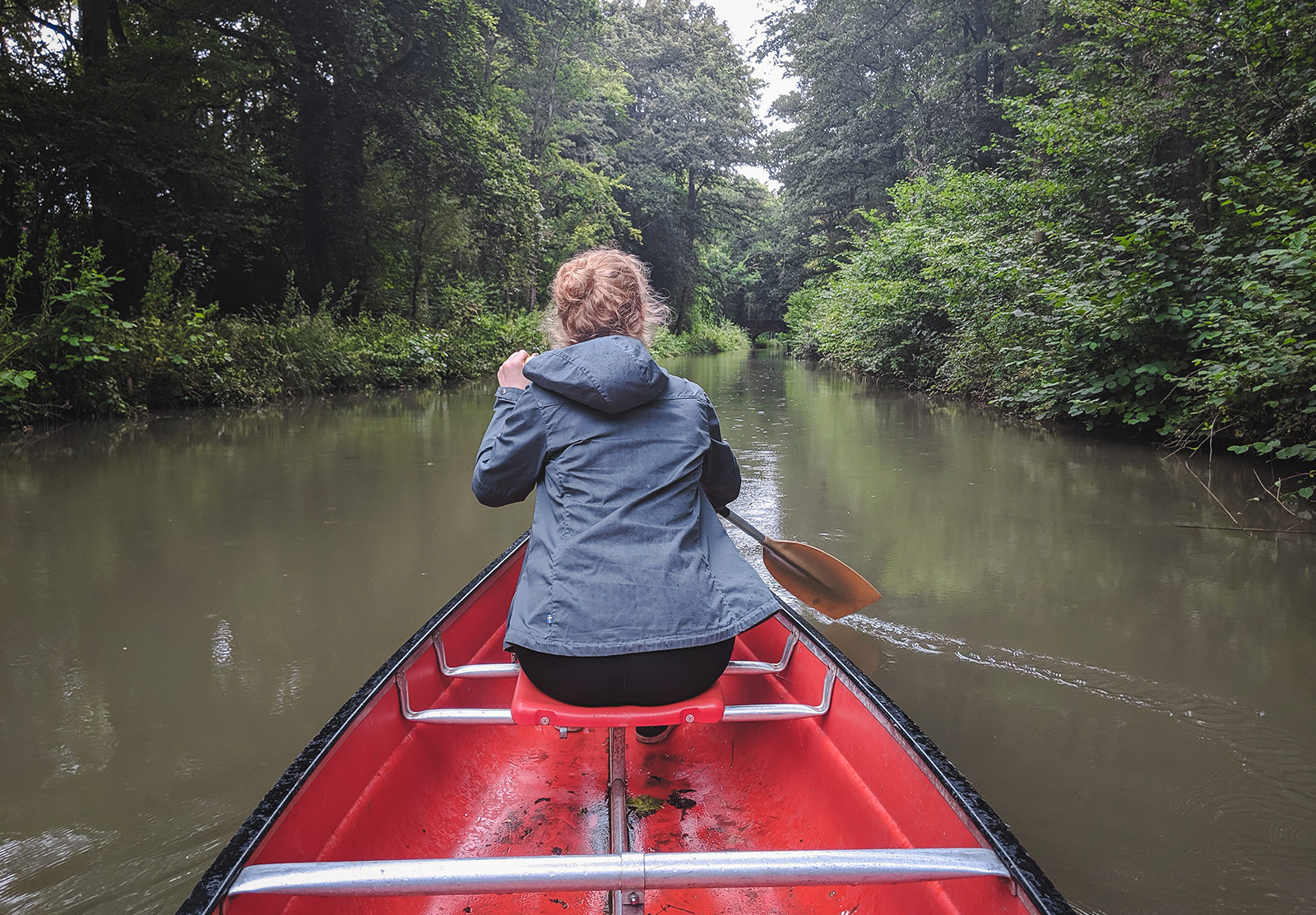 My moules did me proud but after three hours of continuous canoeing, I wasn’t sure whether my arms would still work the next day. Amazingly, they were fine so we went again, a day later.

The weather was much brighter on our second visit… 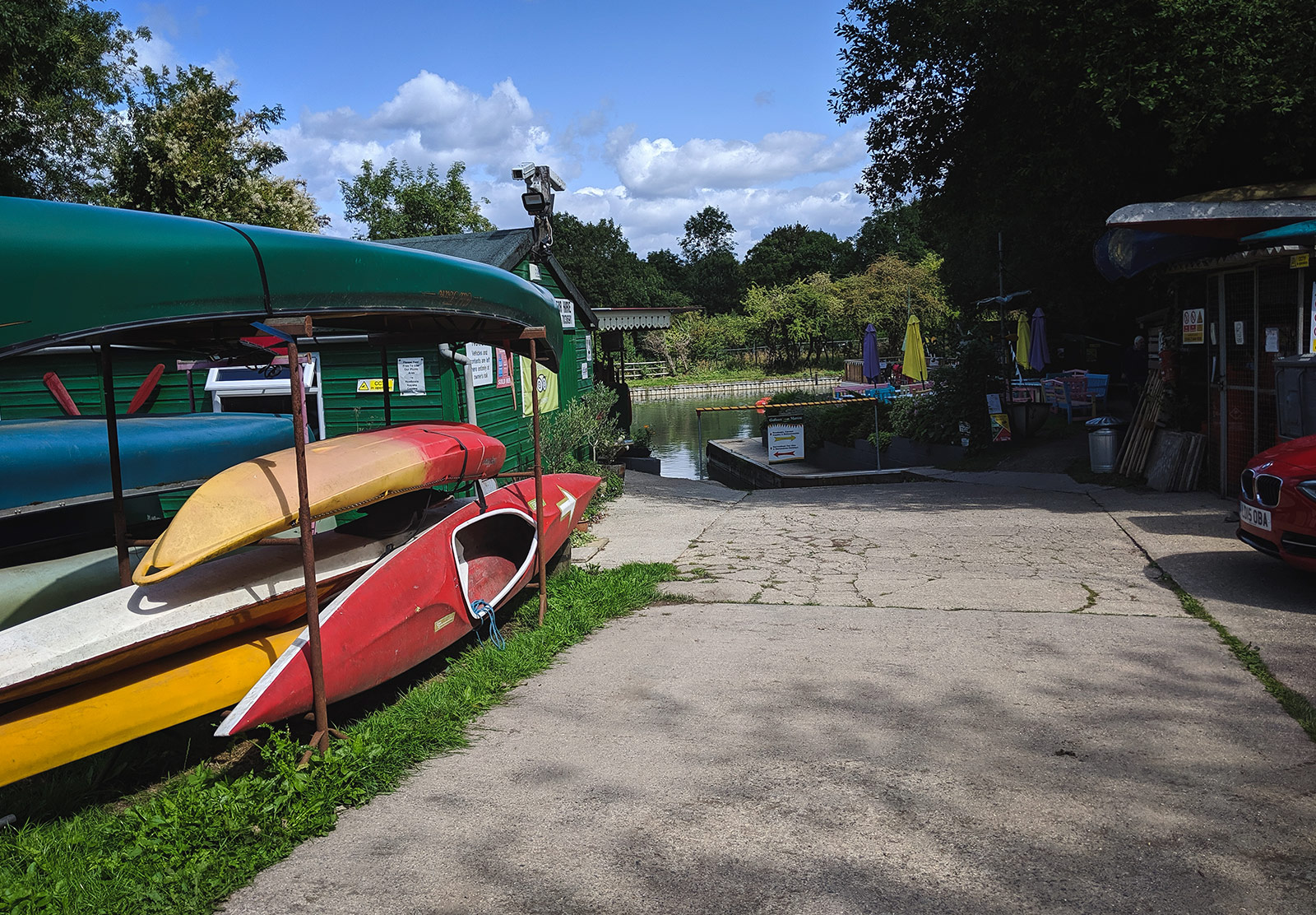 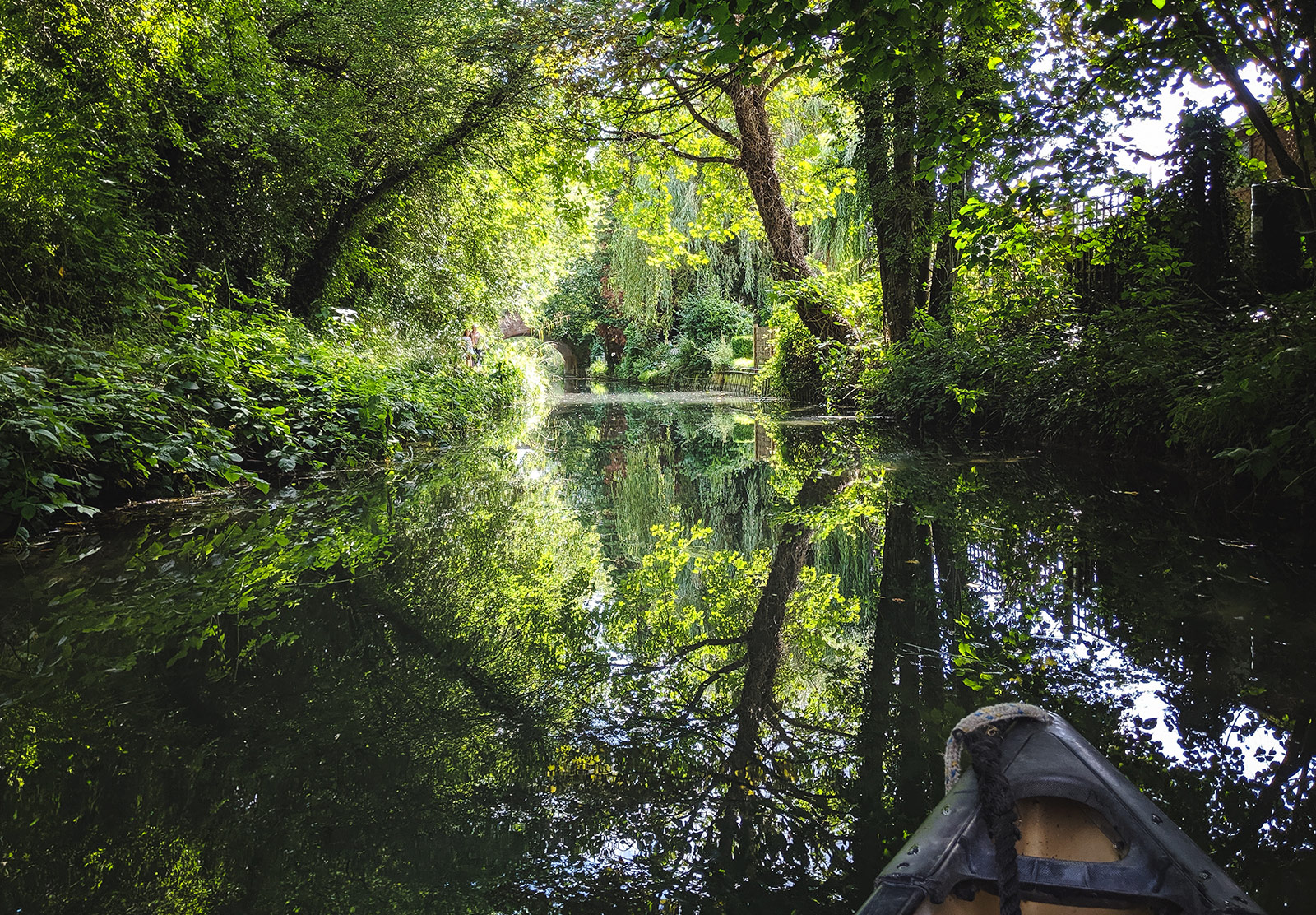 We asked for a wooden canoe this time but they only had fibreglass left — so we gave that a try. The hull was rounder compared to the plastic one we used last time and although it felt less stable to begin with, picking up speed was much easier. We soon got use to the wobble and learned it was better to move with it rather than fight it.

This adventure put our newly acquired water skills to the test. We squeezed through a small gap to pass a fallen tree and later on, had to put our heads in our laps to pass under a very low bridge. 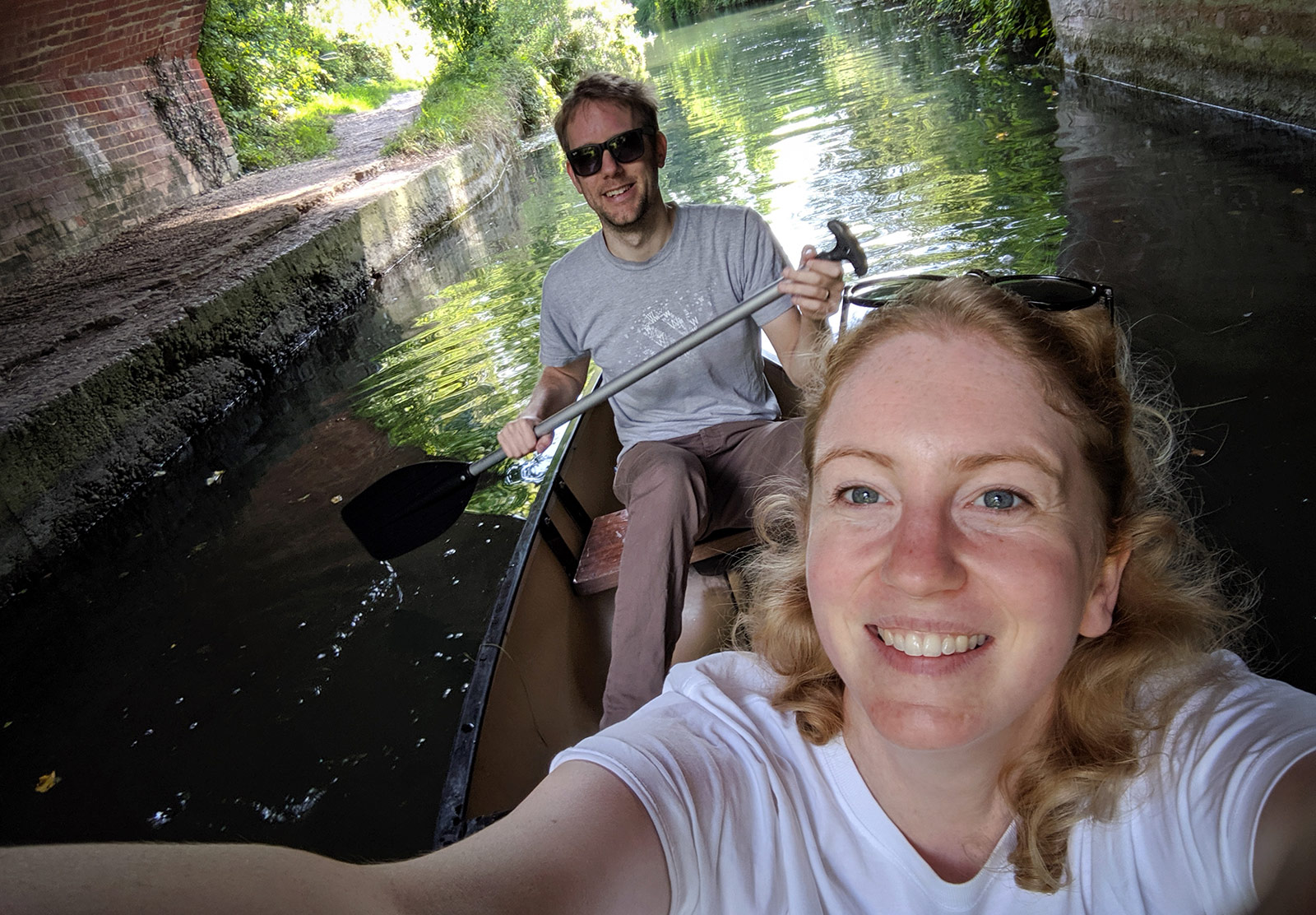 Homemade brownies at the half way point. We saw a few fish too! 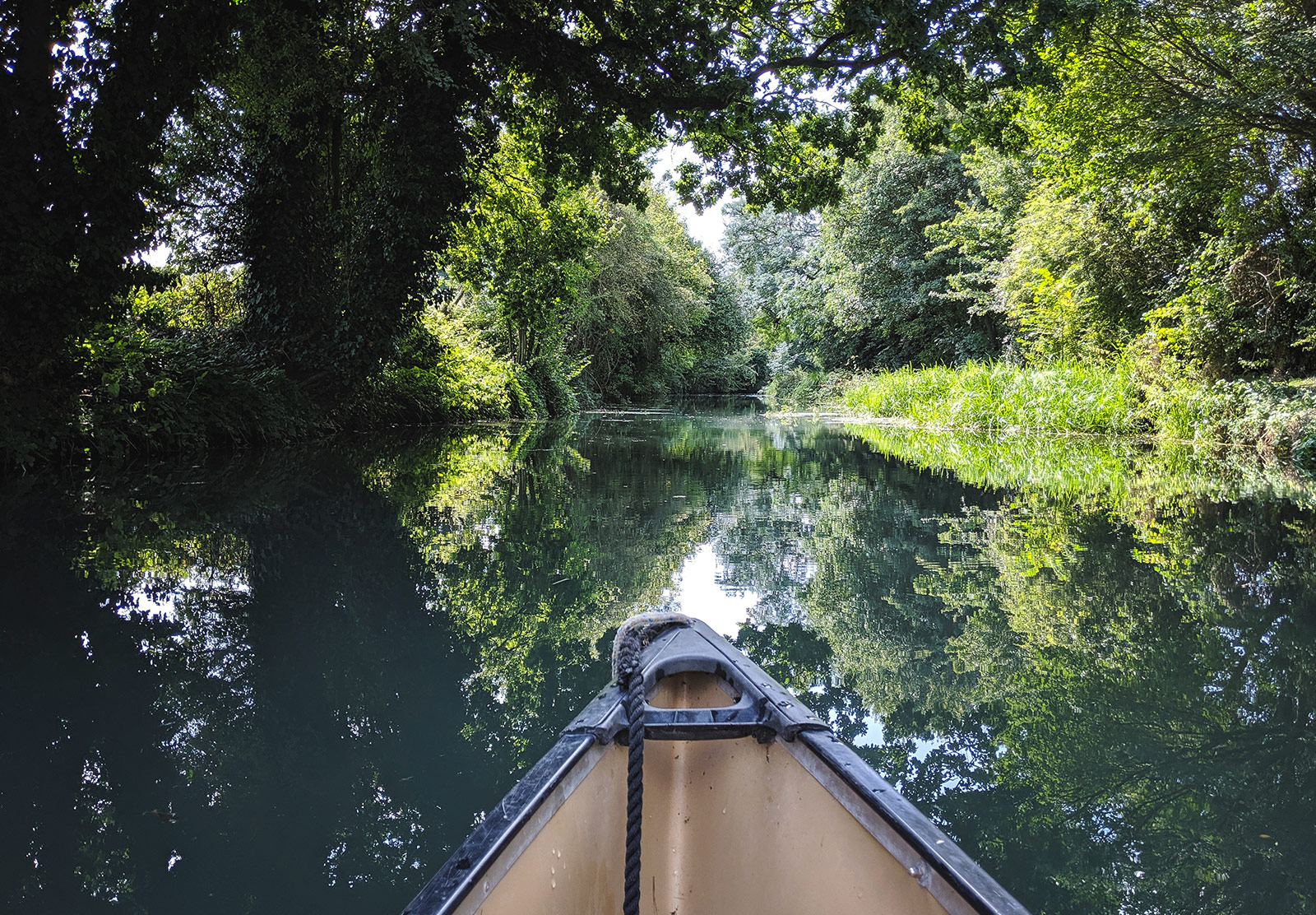 I’d love to go a few more times but I think hiring season is coming to an end. We’ll try and make the most of it next year though. And take a cushion because the hard seats were murder on the rear!