Our Höga Kustenlden hiking adventure started with a Y-Buss ride from central Stockholm to Hornöberget, with two friends from the UK. The bus journey took six hours so we spent a night at Björkuddens Hotell before setting off for eight days on the trails.

The hotel had two areas — the main building with a restaurant and backpacker style rooms in a detatched Falu red wooden cabin. Our room was simple but clean and nicely decorated; bathroom facilities were shared but we had our own sink. Given how little there was around the hotel, we decided to make life easy for ourselves and eat in their restaurant. We rocked up in our hiking clothes, because that was all we had, only to discover it was a white tablecloth affair!

Our friend checked the weather forecast over dinner and said he wouldn’t need his waterproofs the next day; a statement that massively backfired. For the rest of the week, anyone tempting fate out loud was “doing a Steve”.

I kept a daily journal on the trails because I didn’t want to forget what we did and how I felt. I’m really glad I did it because the days blurred into one towards the end. I should mention that I started this hike jetlagged because I arrived home from New York 48 hours before setting off!

We woke up to the sound of heavy rain and ate breakfast at the hotel, while waiting for drier skies. In the end, we set off before too much of the day was lost indoors. 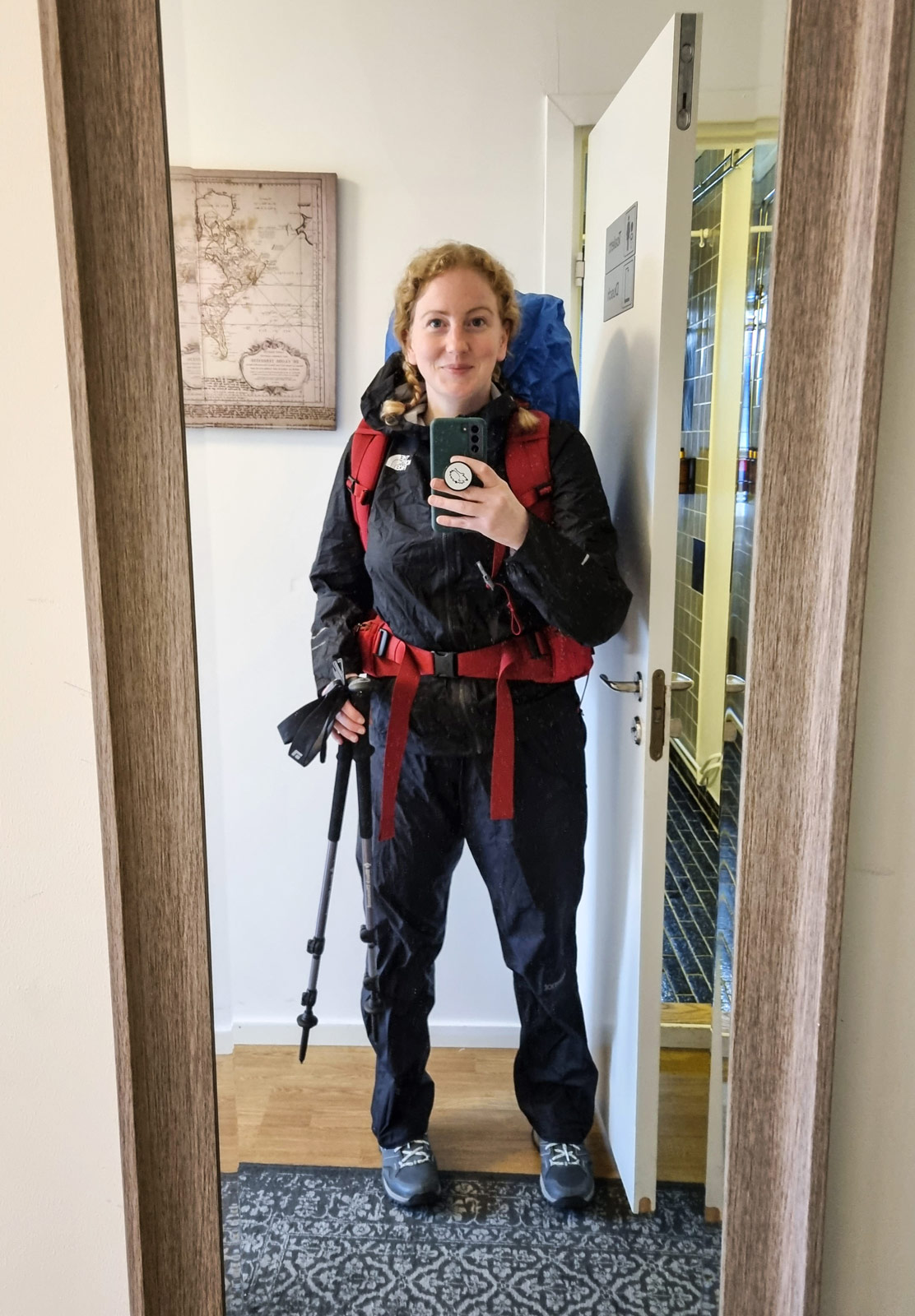 It was cool and damp all day. I was moving like a tank with my 14kg pack — it was heavy but not uncomfortable. We were all sweaty under our waterproof clothing and wet from the rain on the outside. 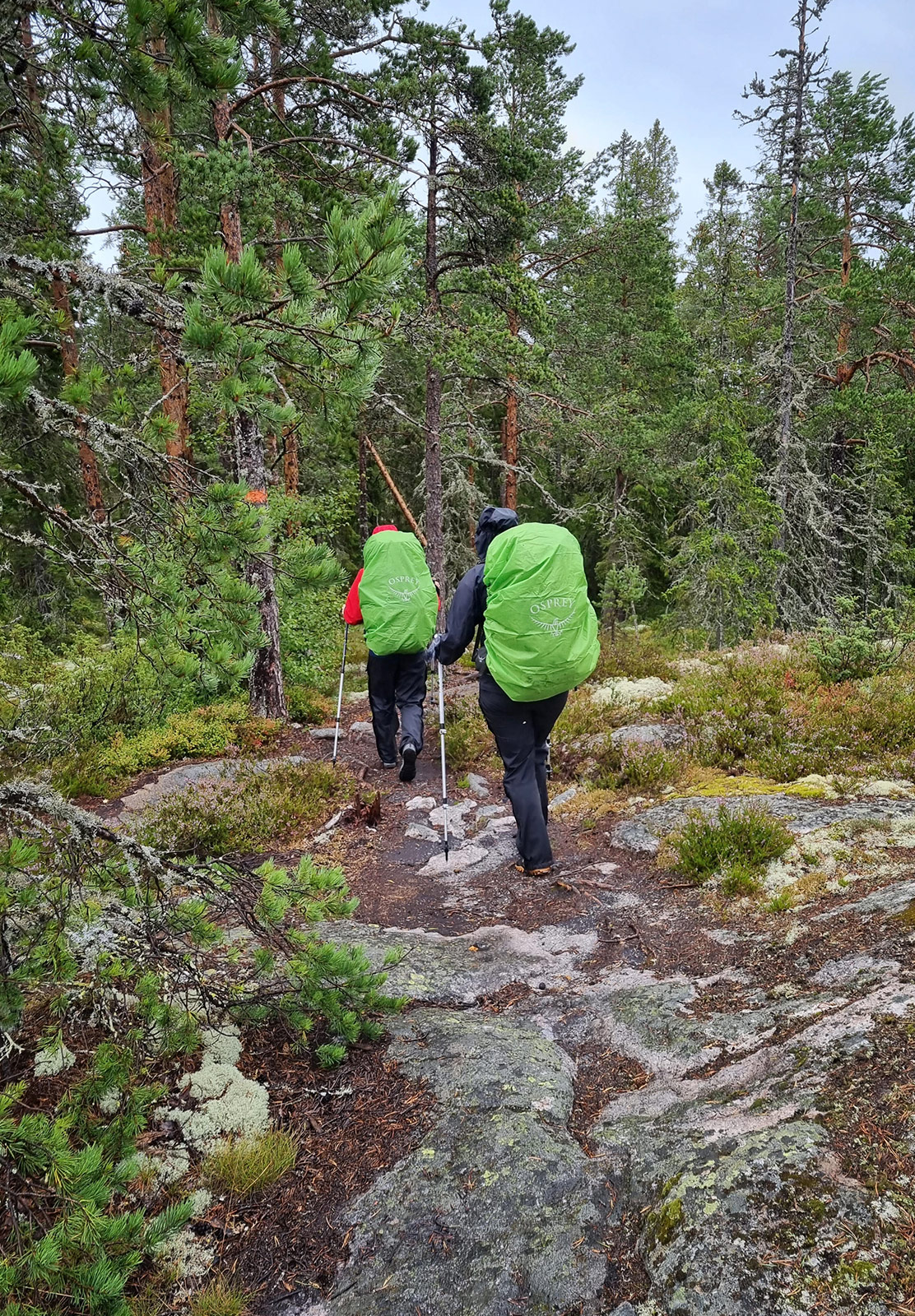 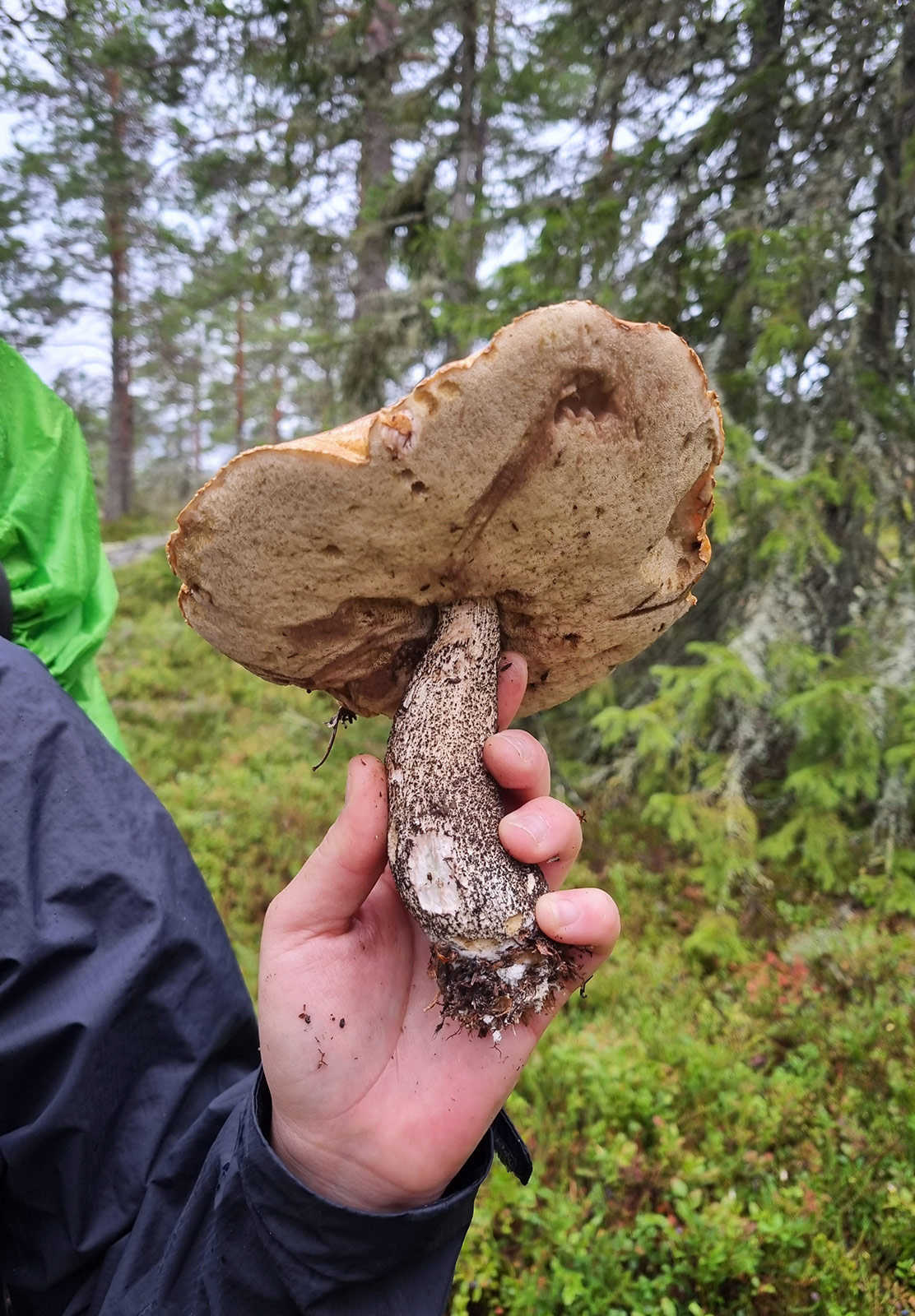 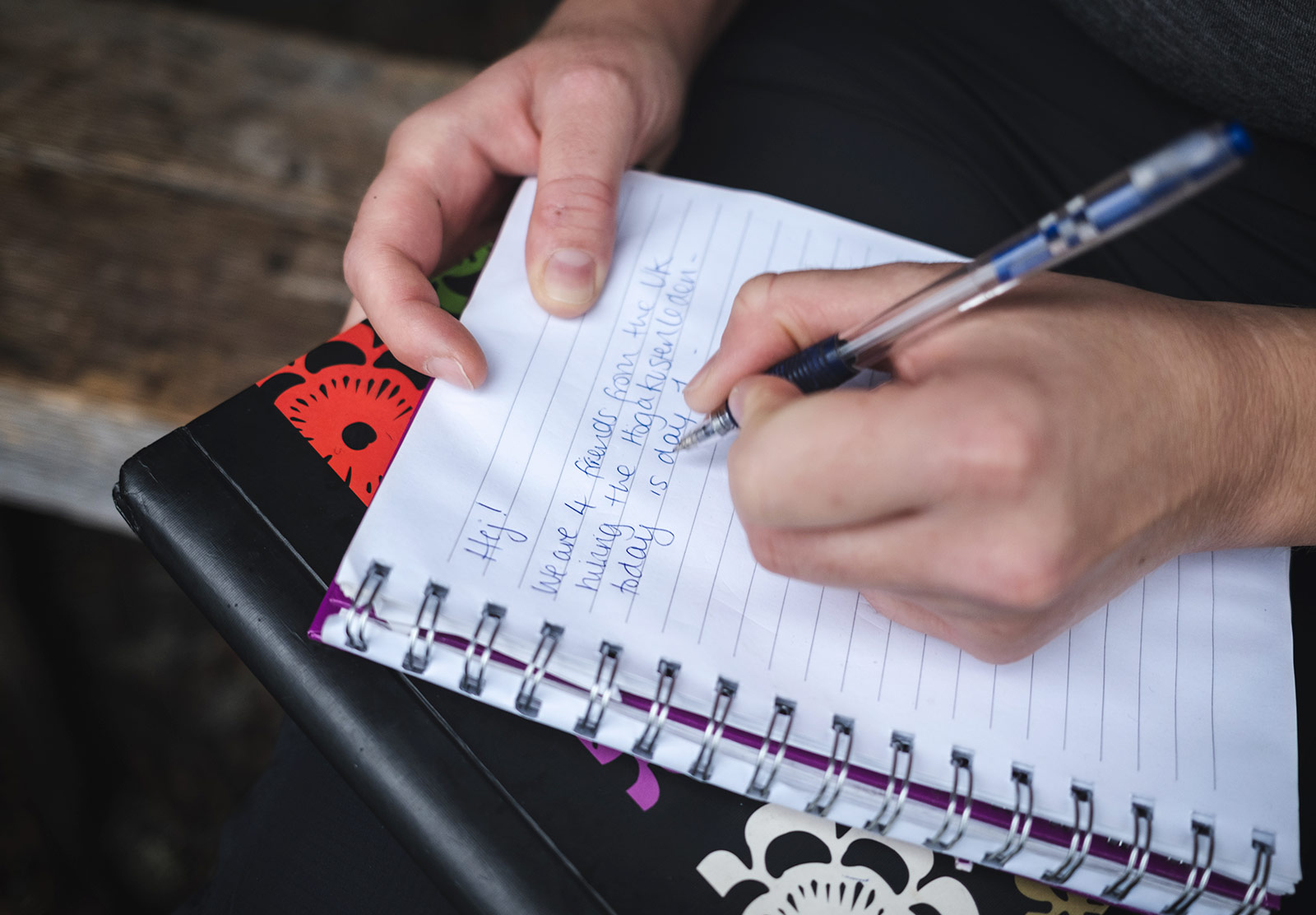 These little shelters are one of the things I love most about hiking in Sweden. This one was called Over the Edge and located at Kulberget.

Further on, we hiked up a very steep path to a tiny wooden cabin on top of Valkallen mountain. Large rocks covered the path and a guide rope provided stability near the top; the views were absolutely amazing and well worth the knackering climb. 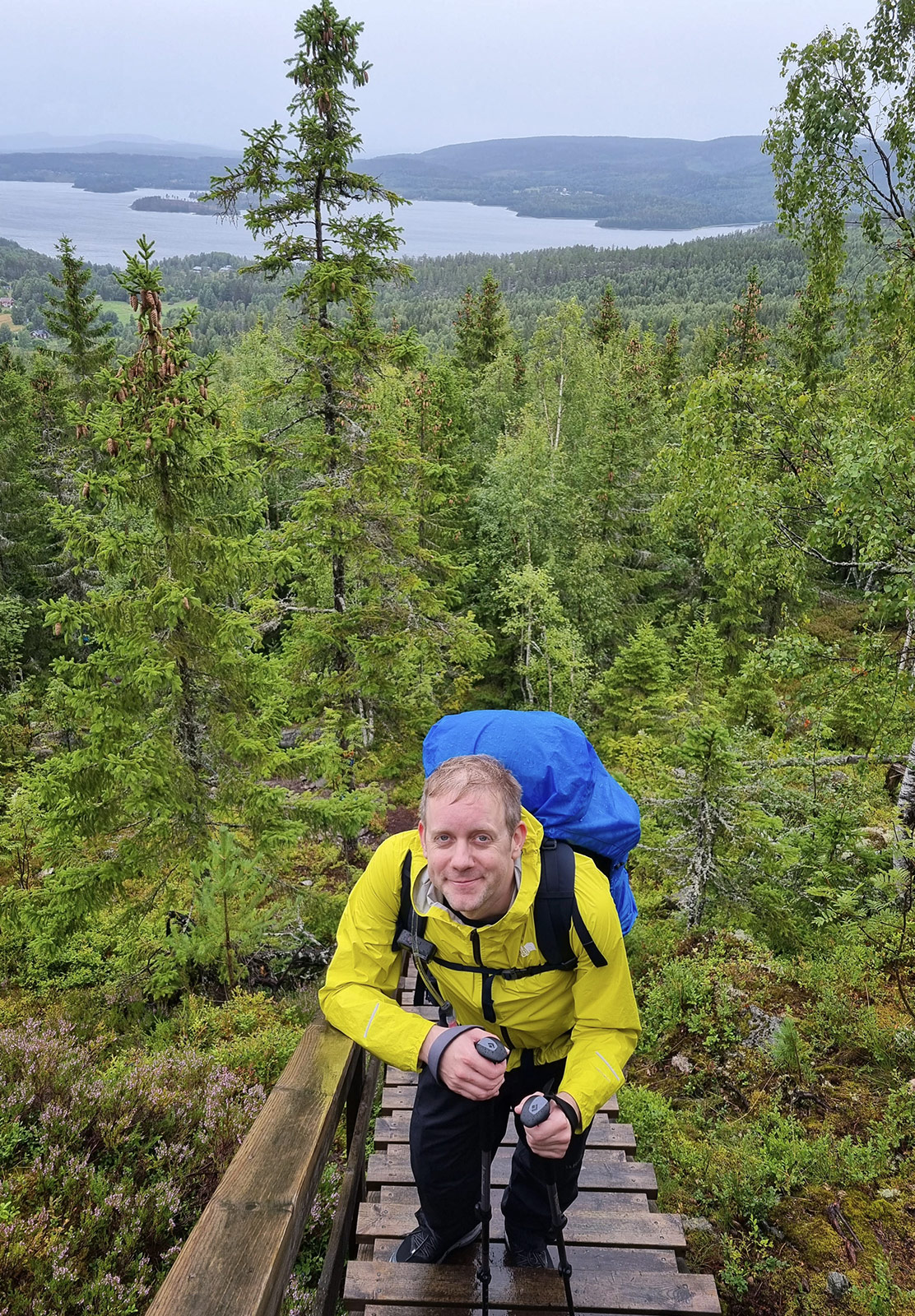 The most impressive back sweat I’ve ever cultivated…

The wooden cabin had a table and chairs, a stove and some basic supplies inside. Just enough for a short stop or any overnight stay due to bad weather etc. 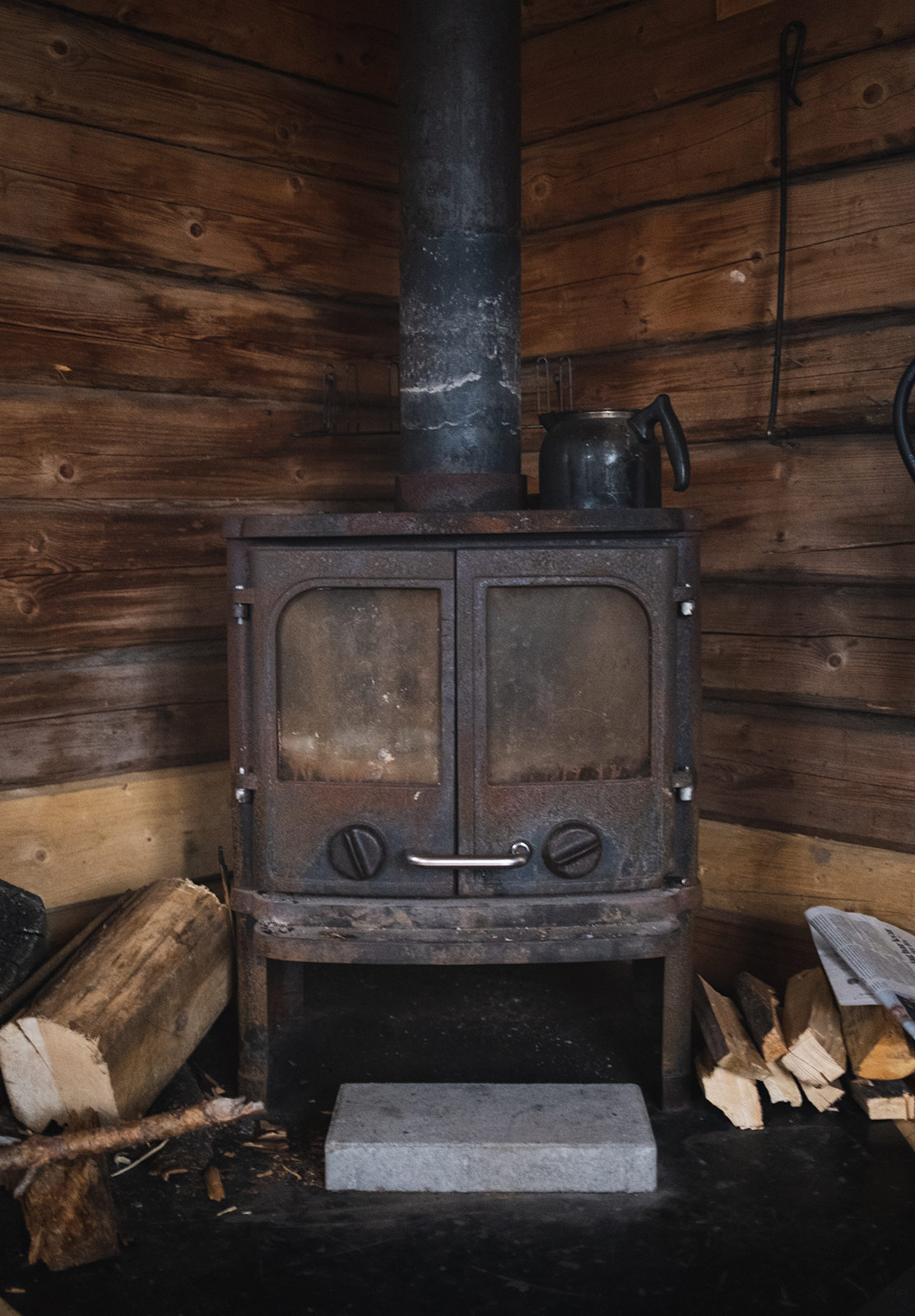 We eventually arrived at our camping spot near the water at Halsviken. It was just a clearing in the trees with a wooden shelter, fire pit and composting toilet a few metres away.

We decided to counteract the damp weather with a fire, especially as mosquitos started surfacing when the rain stopped. Our friends made feather sticks, Scott found matches and kindling, and I chopped logs and larger pieces of kindling with the camp axe. The fire ended up being a good idea because one of the stoves temporarily failed after we’d already filled the pan. We boiled water on the fire instead because while we had a smaller stove, it would have meant boiling the water in two separate loads. 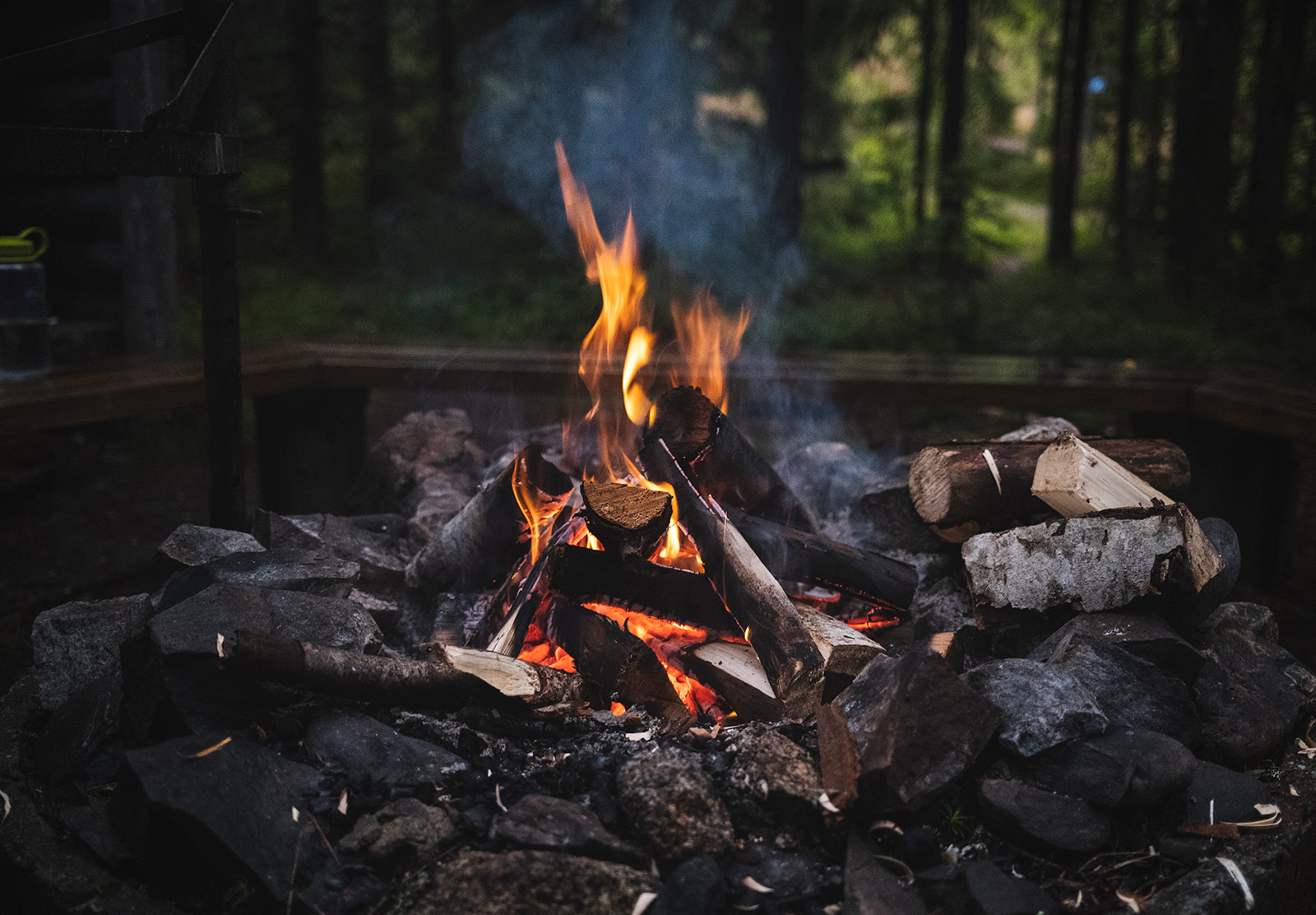 Dinner hit our bellies at 10pm. Tiredness meant we forgot to retrieve the oxygen absorber from our dehydrated meals until after we added hot water.

There was a slight brown trouser moment shortly after cosying up in our sleeping bags. We heard a noise that sounded like a ginormous wave coming towards the tent — something that would have been totally ridiculous if we hadn’t been camping a few metres from the sea. Thankfully, it was a strong gust of wind in the trees.

Even after a day of physical exertion while trying to recover from jetlag, I couldn’t switch my brain off that night! Read part 2.