We woke up to another beautifully sunny day and despite it being early, people were already swimming in the sea.

Day three was originally going to be a pack breakfast… but that was before we realised the camp café sold toasted cheese sandwiches. We also bought a takeaway sandwich for lunch and I picked up a bag of Polly chocolates, despite the fact they weighed 200g and a hot day was forecast. The lack of water sources up to that point (many had dried up) left us feeling uneasy so we each filled our bottles with two litres —2.4kg between the water and the bottles themselves. 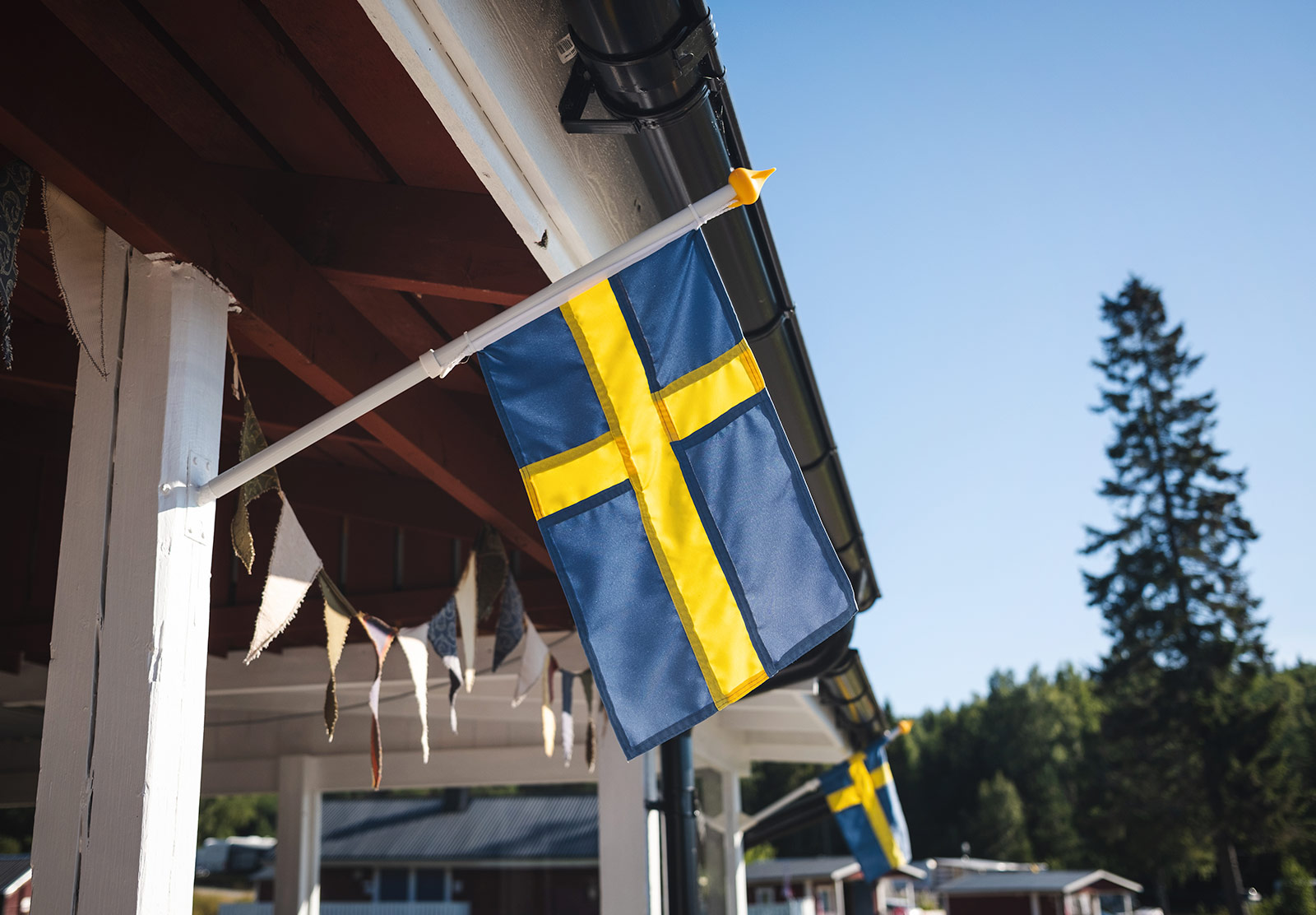 We set off along forest trails and scanned the ground for kantarell mushrooms. Many of our sightings were actually just yellow birch leaves laying on the ground. Then it finally happened… our first kantarell!!! We tucked a few of them away in a lunchbox and fantasised about a big fryup.

Our day began with a 5km uphill hike through lots of cobble fields covered in moss and lichen. Hard work but beautiful. I wish I’d taken more photos of this stage but wrangling a camera while holding trekking sticks, without continually stopping, was a bit of a faff.

As we climbed higher, the trees thinned and revealed Nipstugan (a wooden cabin built in 1952). Antlers were mounted on a thick wooden door that closed with a giant metal key. Inside was simple and cosy with a dining table, bed, wood store, stove and a desk overlooking the sea. 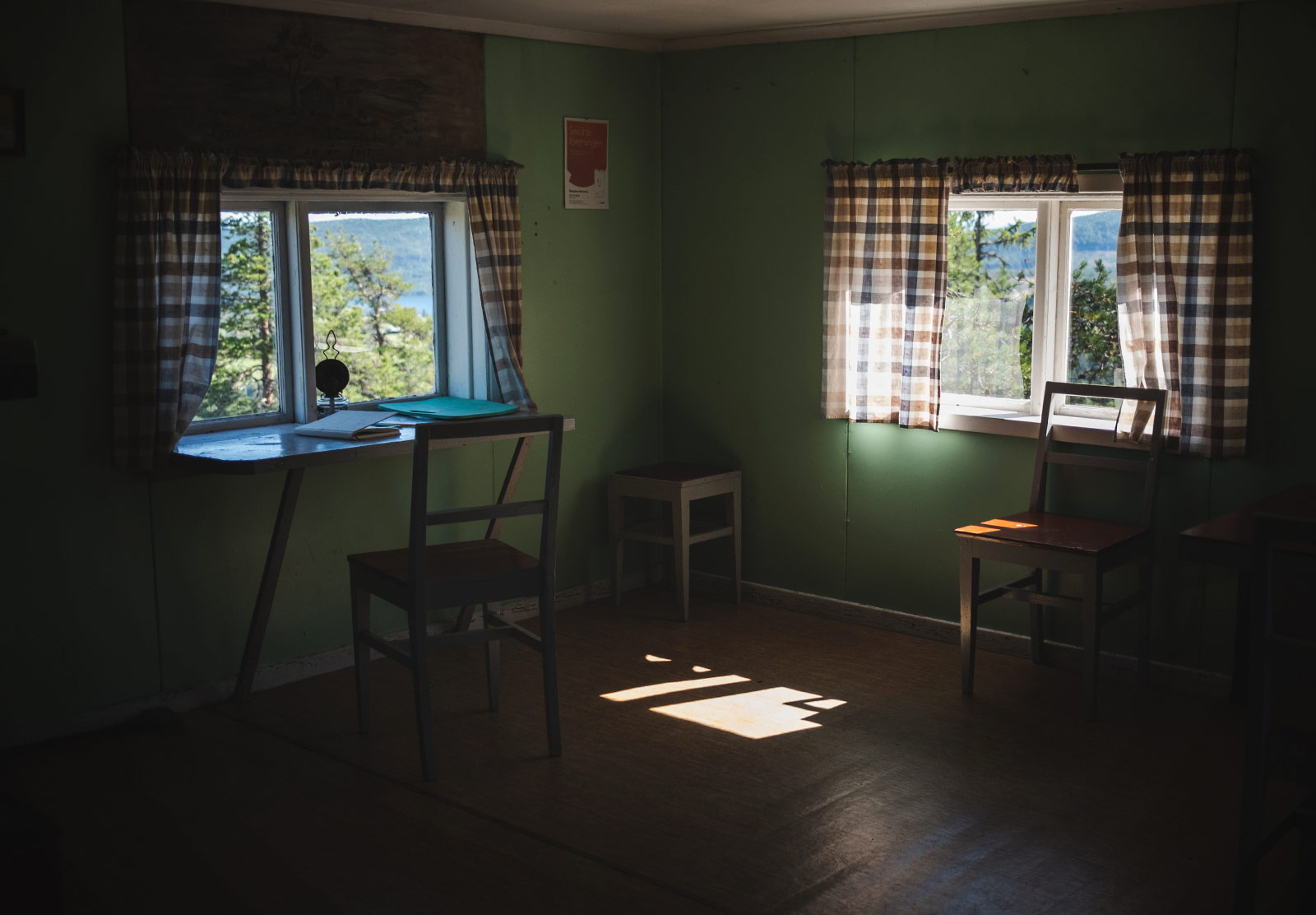 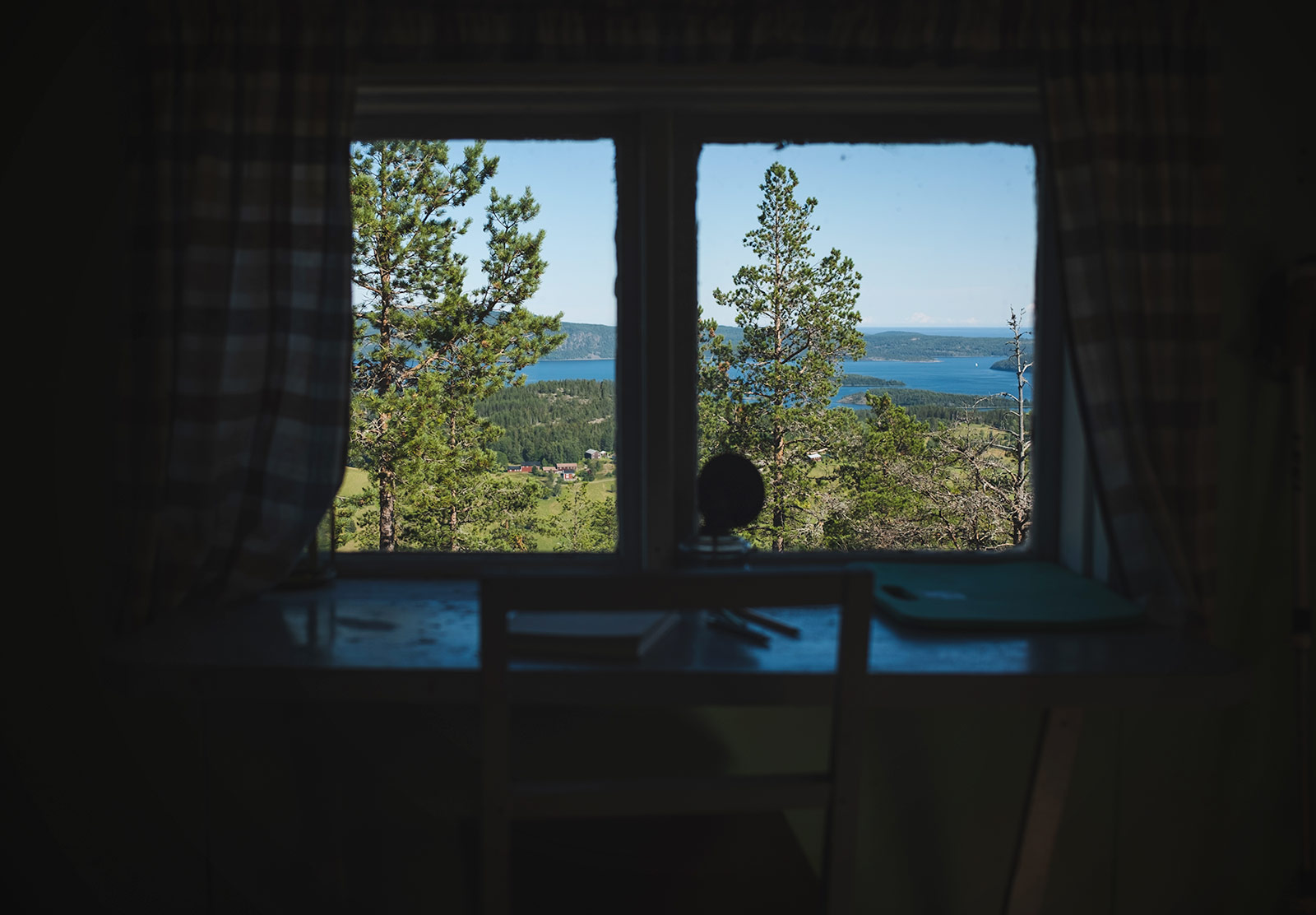 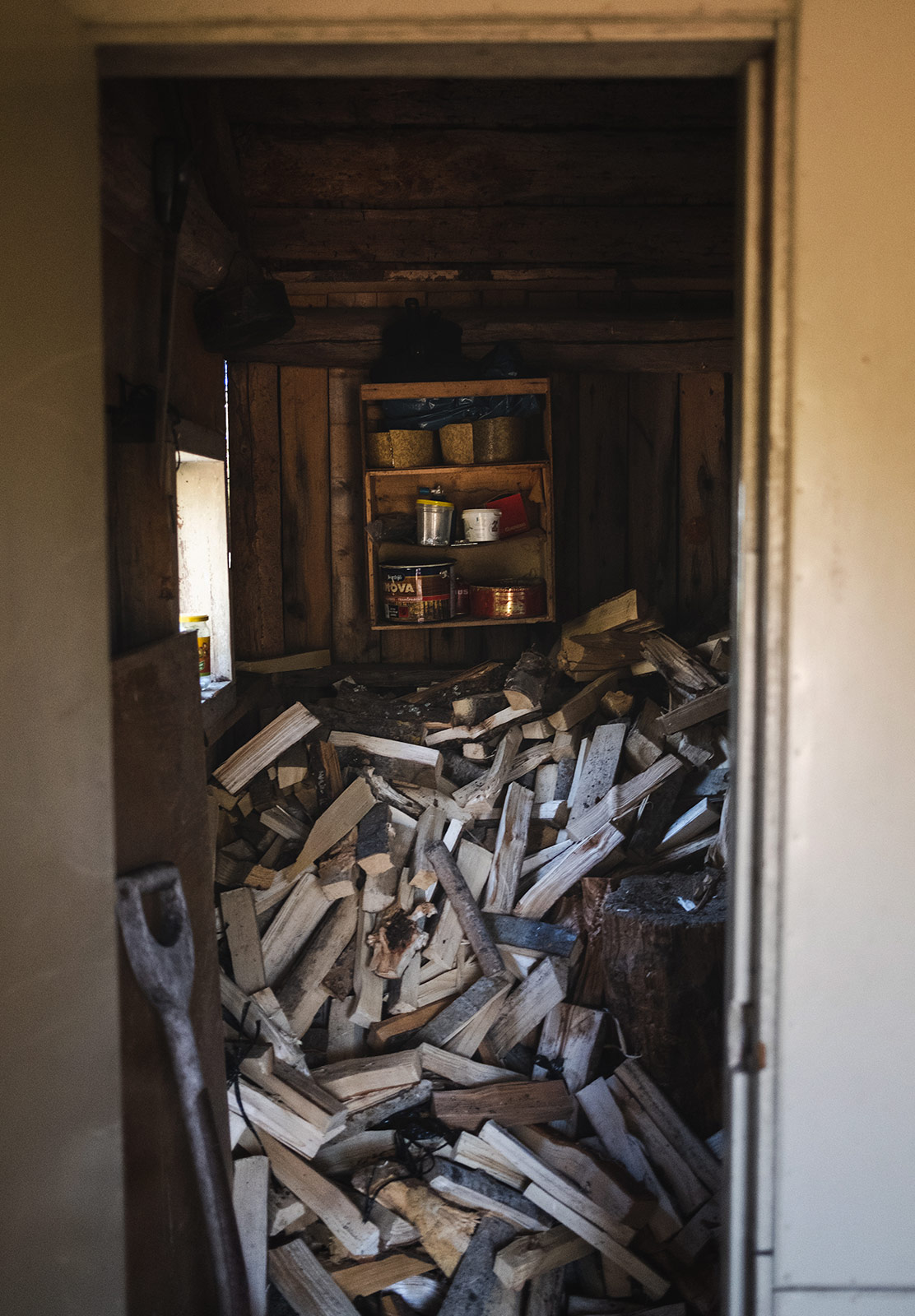 We added to the 50 year collection of guestbook entries.

The cabin was a little warm inside so we ate lunch outdoors with a view of the forest and water. I think everyone would have liked to stay longer but our next camping spot was still several kilometers away.

A composting toilet was located a stones throw from the cabin — saved from digging a cathole once again! I was amazed we had hiked so far and found an actual toilet well stocked with paper. 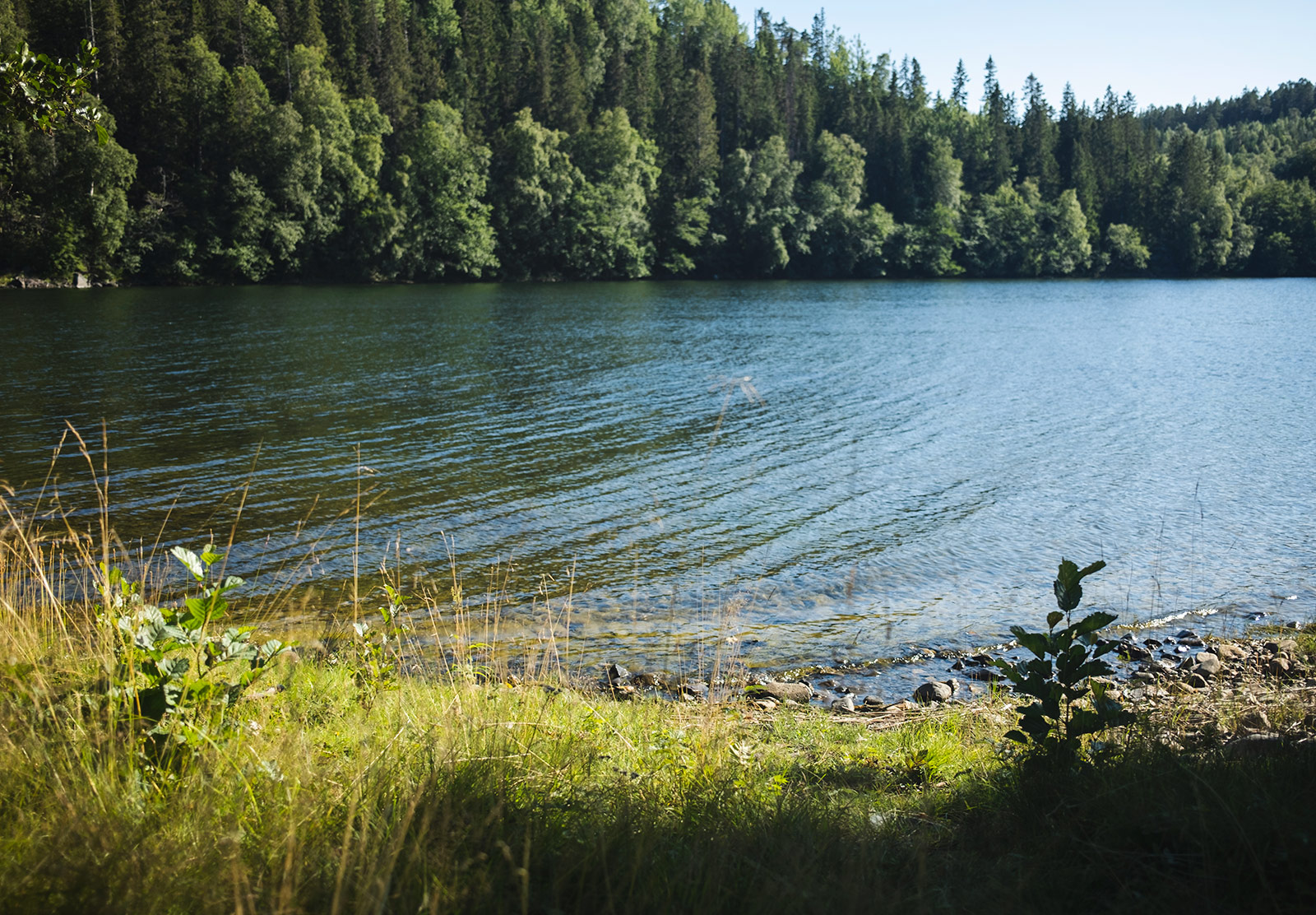 Most of the trails away from Nipstugan were downhill (hooray). We met two hikers who were low on water and they asked if any was available at Nipstugan — there wasn’t and given how little water we’d seen that day, each person carrying two litres turned out to be a good choice. We saw them again later eating a big pan of noodles at the roadside.

Closer to GaviksTorpet (campsite), we spent most of our time walking along roads. The hard surfaces really took their toll on our feet. A combination of heat, strong period pain and sore feet left me feeling practically dead by this point!

The pain was worth it when we arrived at the camping area. It was part of someone’s garden and had an outdoor kitchen, outdoor shower and a white ceramic toilet (luxury). No-one else was camping that night and a couple renting a B&B room were the only other guests.

We cooked our dehydrated meals on the B&B decking, next to a couple who were drinking wine and eating real food cooked by the host. A hilarious contrast. Seeing their food made us splash out and have chocolate pudding (also dehydrated) after our macaroni cheese.

Dinner was followed by much needed calf stretches and rubs. That just left a quick bit of journaling time before bed. A couple of us wrote journal entries on the decking outside a red wooden cabin, and of course there were pelargoniums on the table… because… Sweden. Read part 4.