It’s the time of year I write about carving our Christmas tree in to something new. This year, Limmy IV became a stubby spoon. 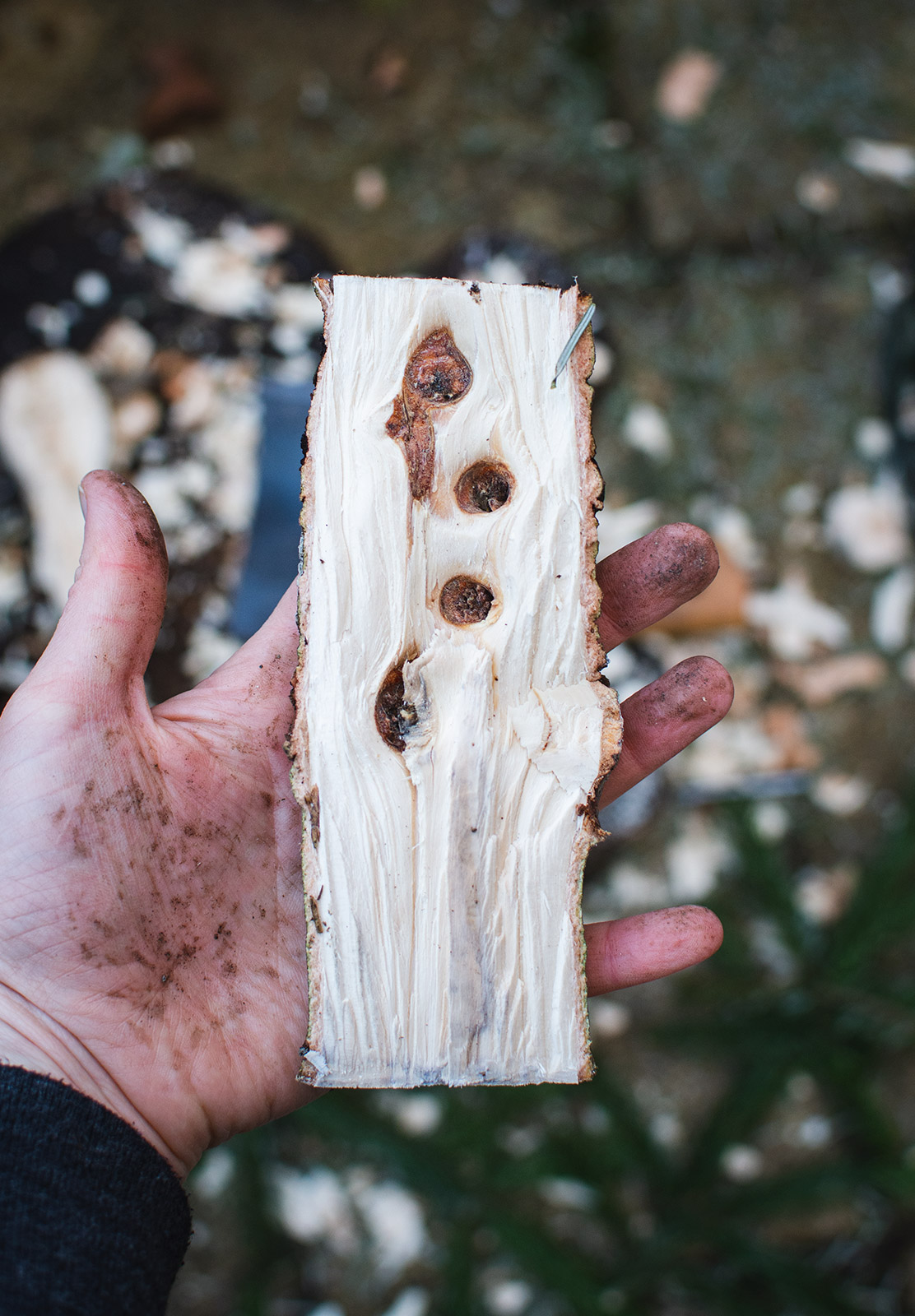 Limmy IV was not a happy tree. He dried out quickly and in the fortnight before Christmas so we avoided touching him at all because a bazillion needles would pour onto the carpet below. Obviously the tree chocolates were long gone by then, so that wasn’t a problem!

Splitting the log revealed lots of brown patches, which could the reason it was unhappy. I planned to make a few things but there wasn’t a great deal of usable wood in the end. Unlike previous trees, this wood was as tough as granite. Even just splitting it felt like an Olympic level achievement. 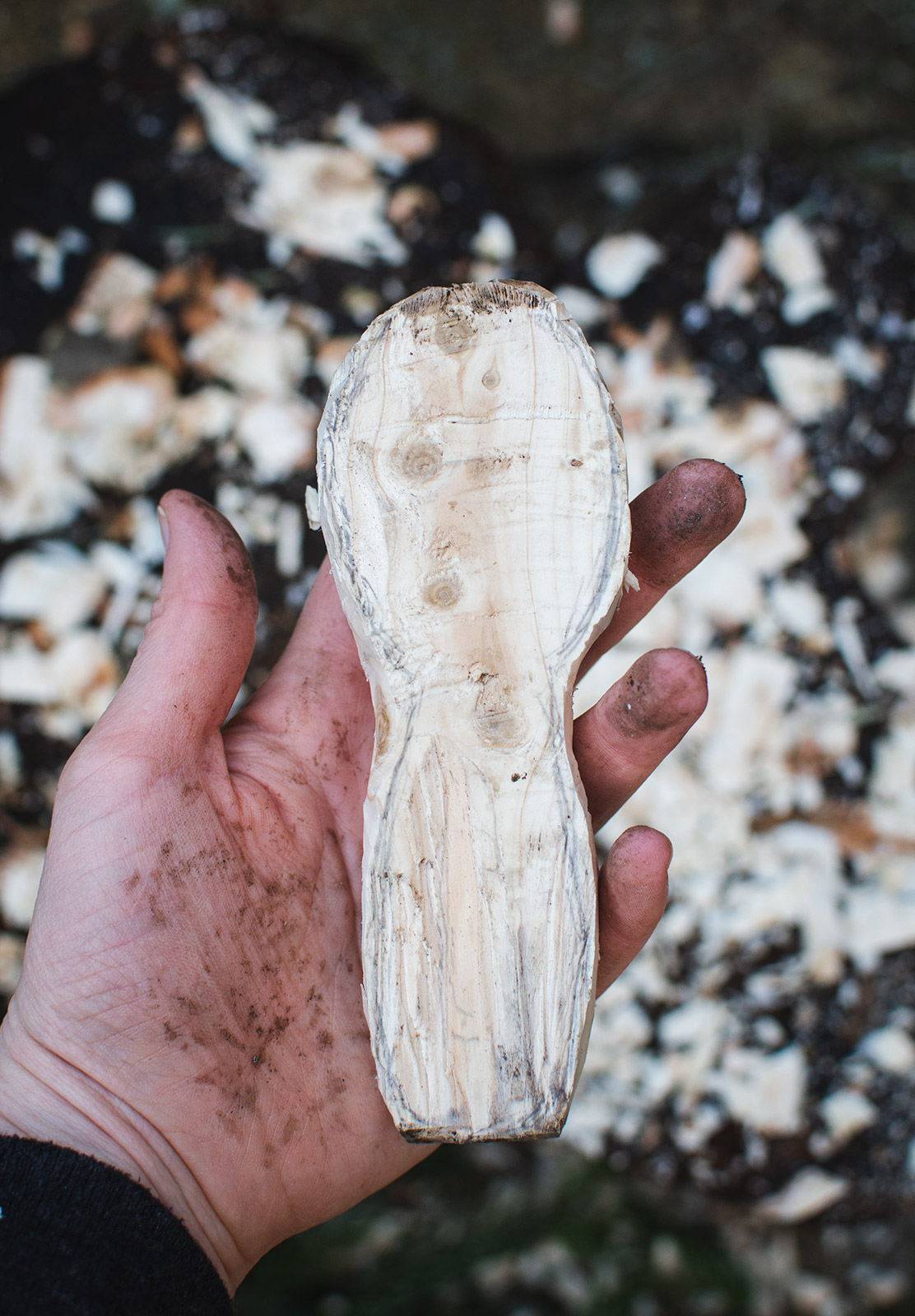 The shaping above was done with a hatchet. I’m always amazed at what can be achieved with such a clunky looking tool! 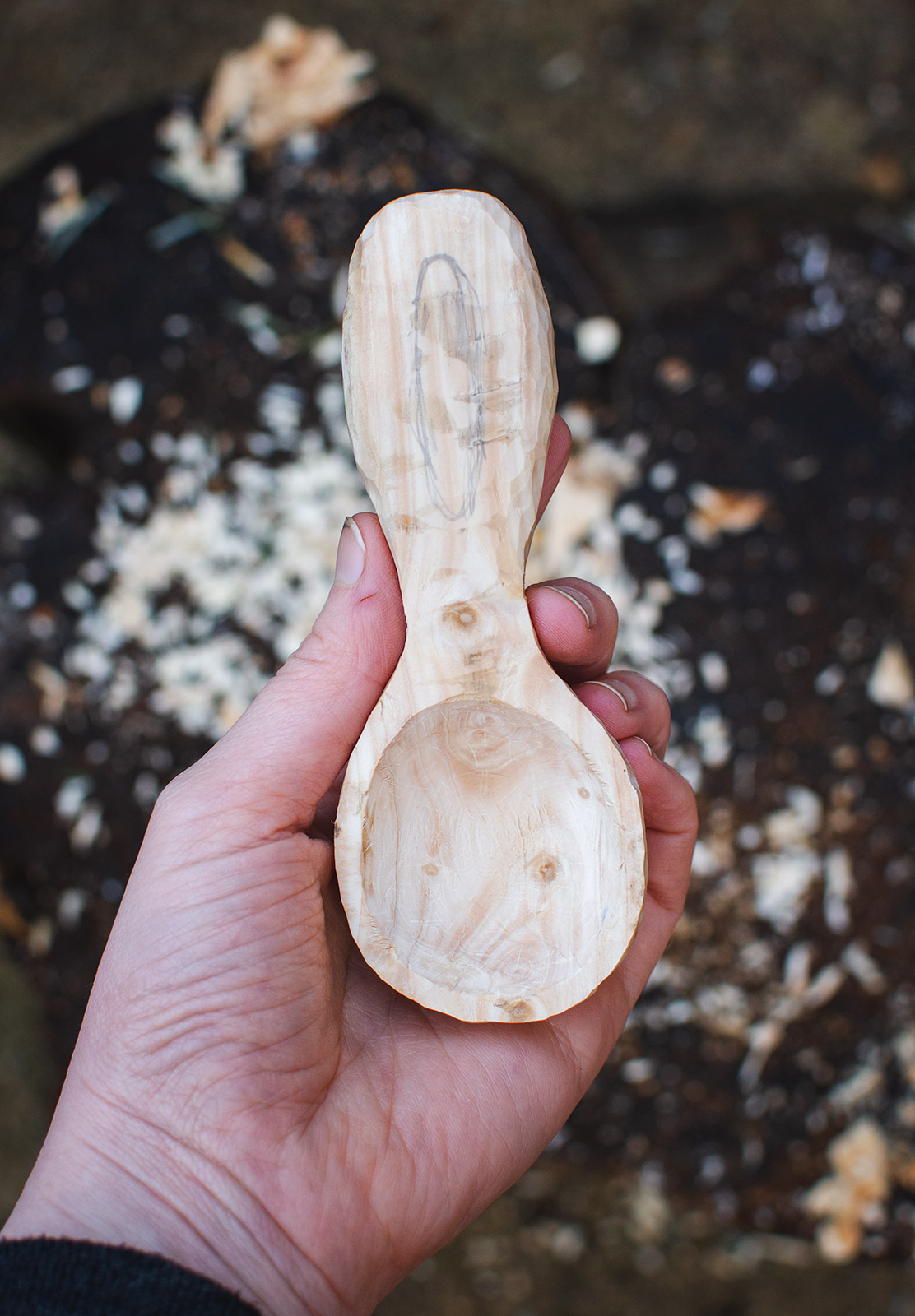 I decide to up my game a bit this year and do something interesting with the handle. The loop was created by drilling a series of vertical holes and then carving away what was left. Perhaps not the most effecient way but I don’t own many tools and I wanted to make use of what I had.

Once the sanding was finished, I coated the spoon in walnut oil. The wood was so thirsty, I ended up putting 4 or 5 coats on! It bought the grain out beautifully though. 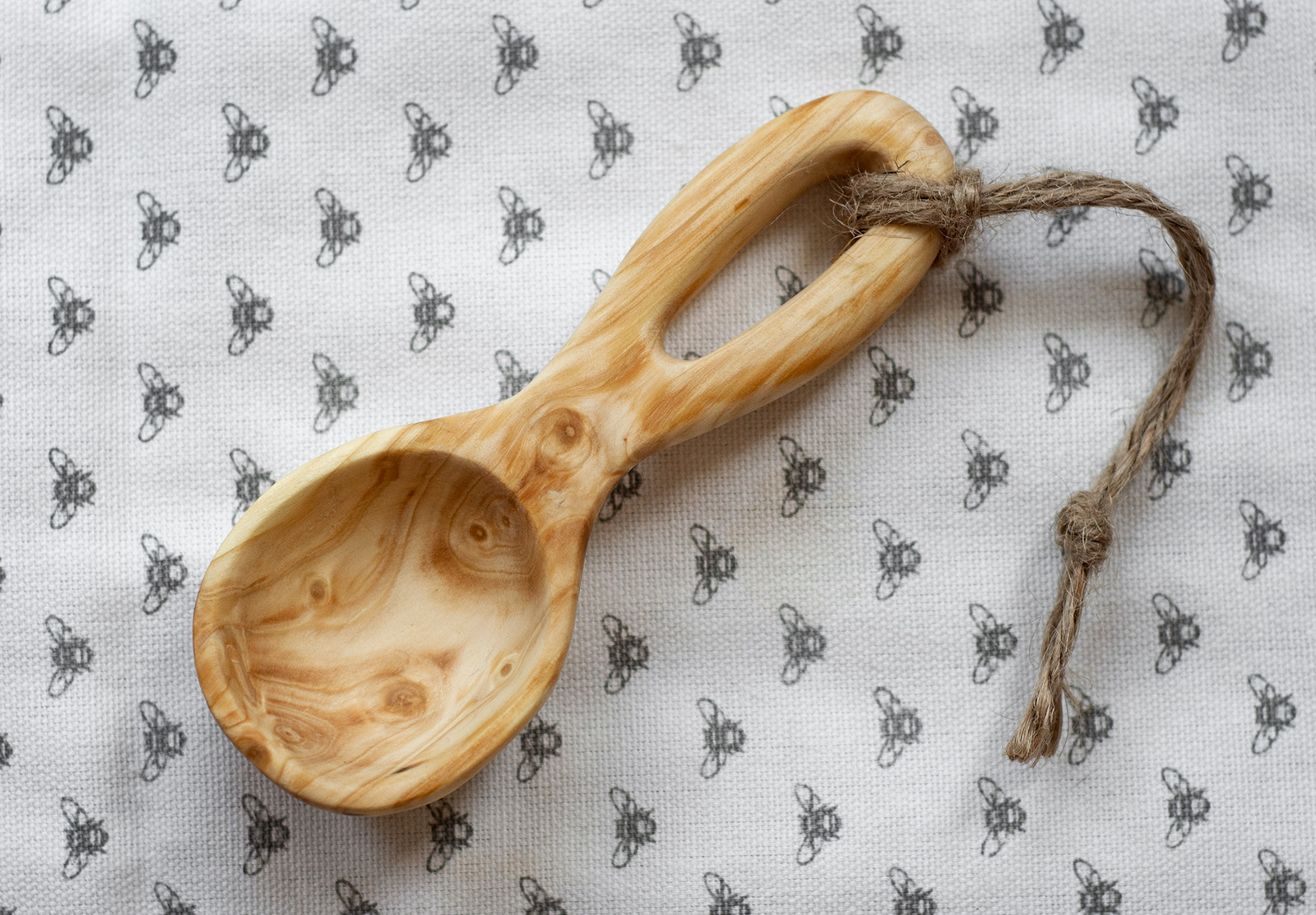 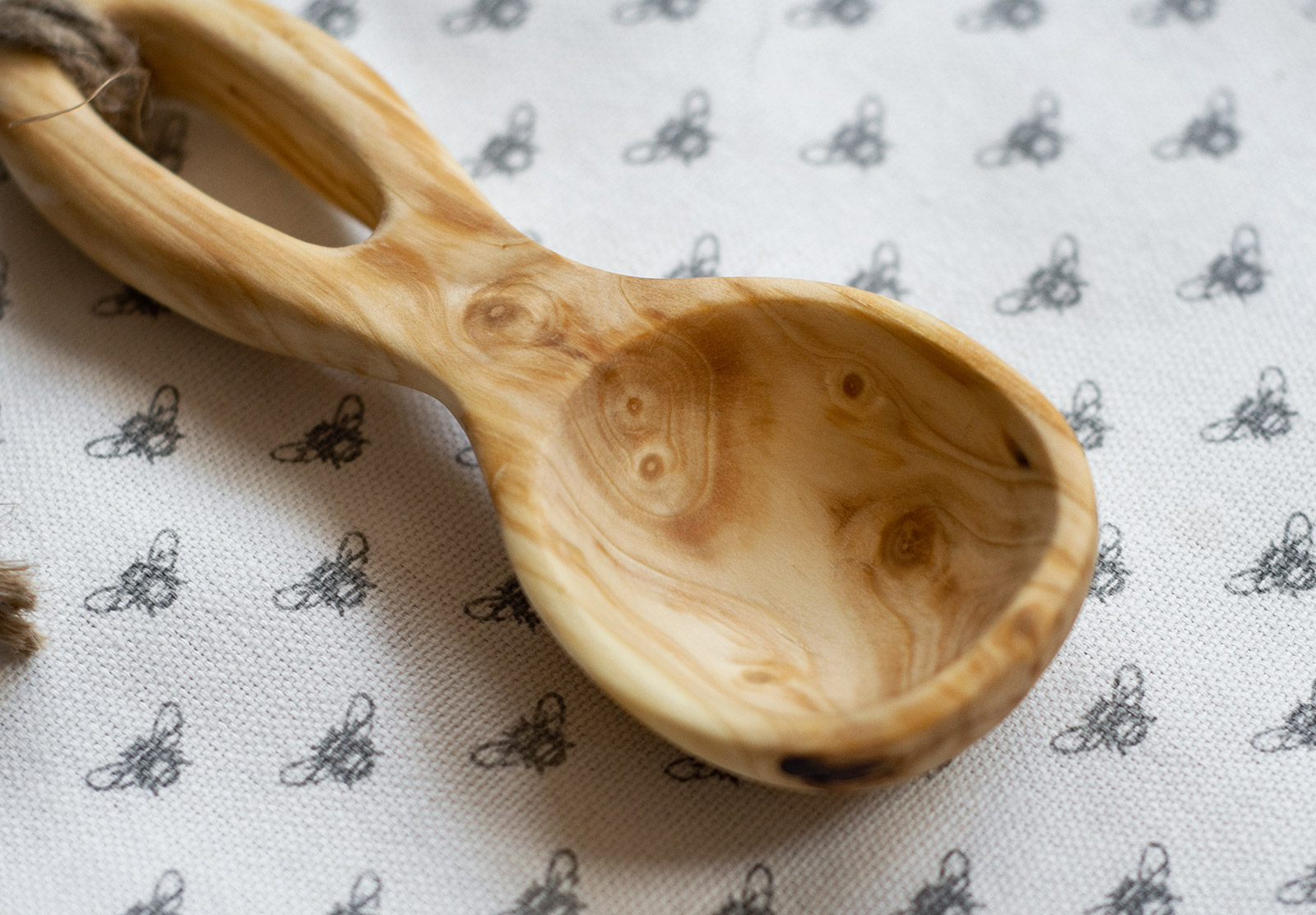 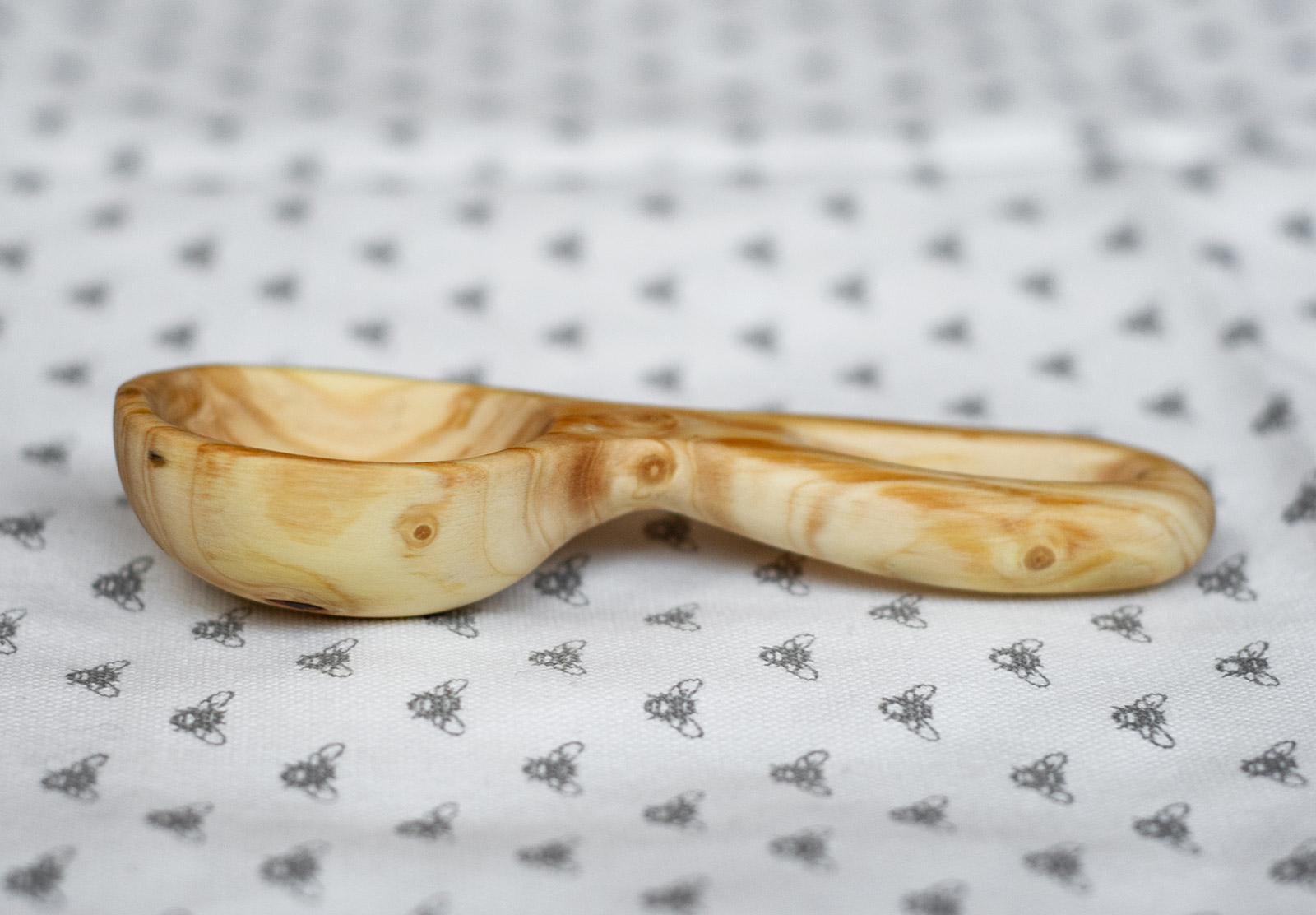 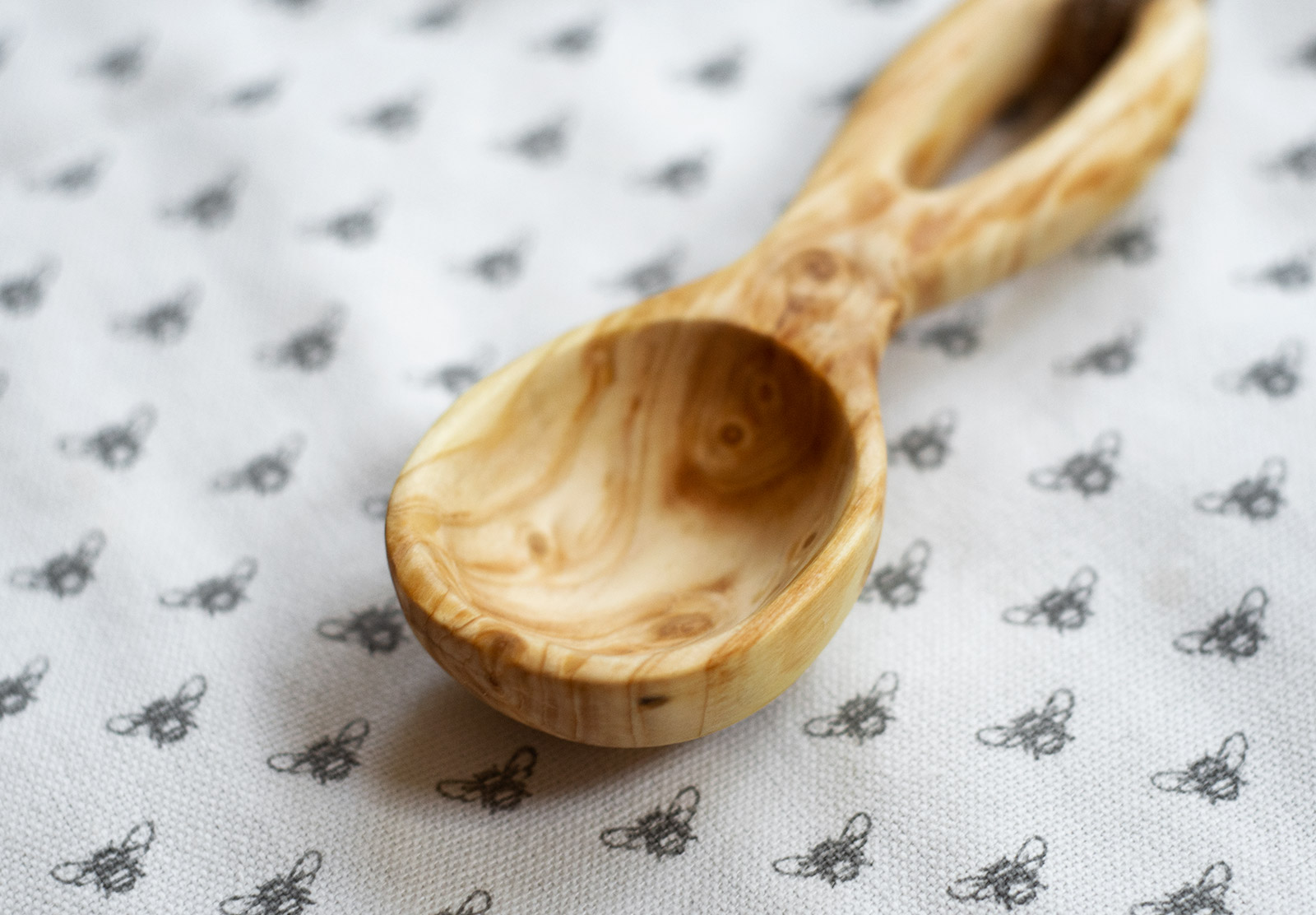 Carving an even bowl was a big victory for me! Last year’s attempt was close but this one is much better. 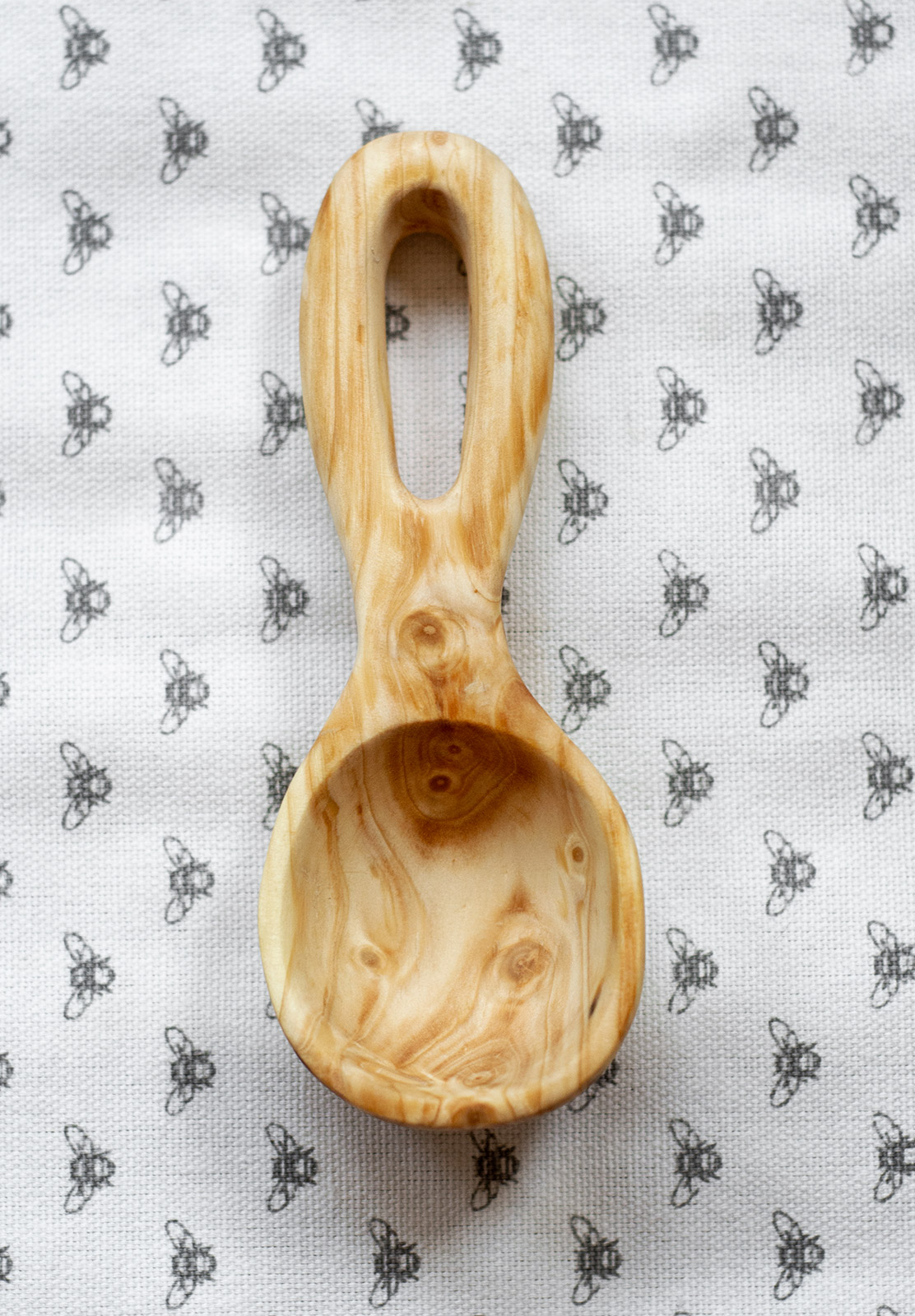 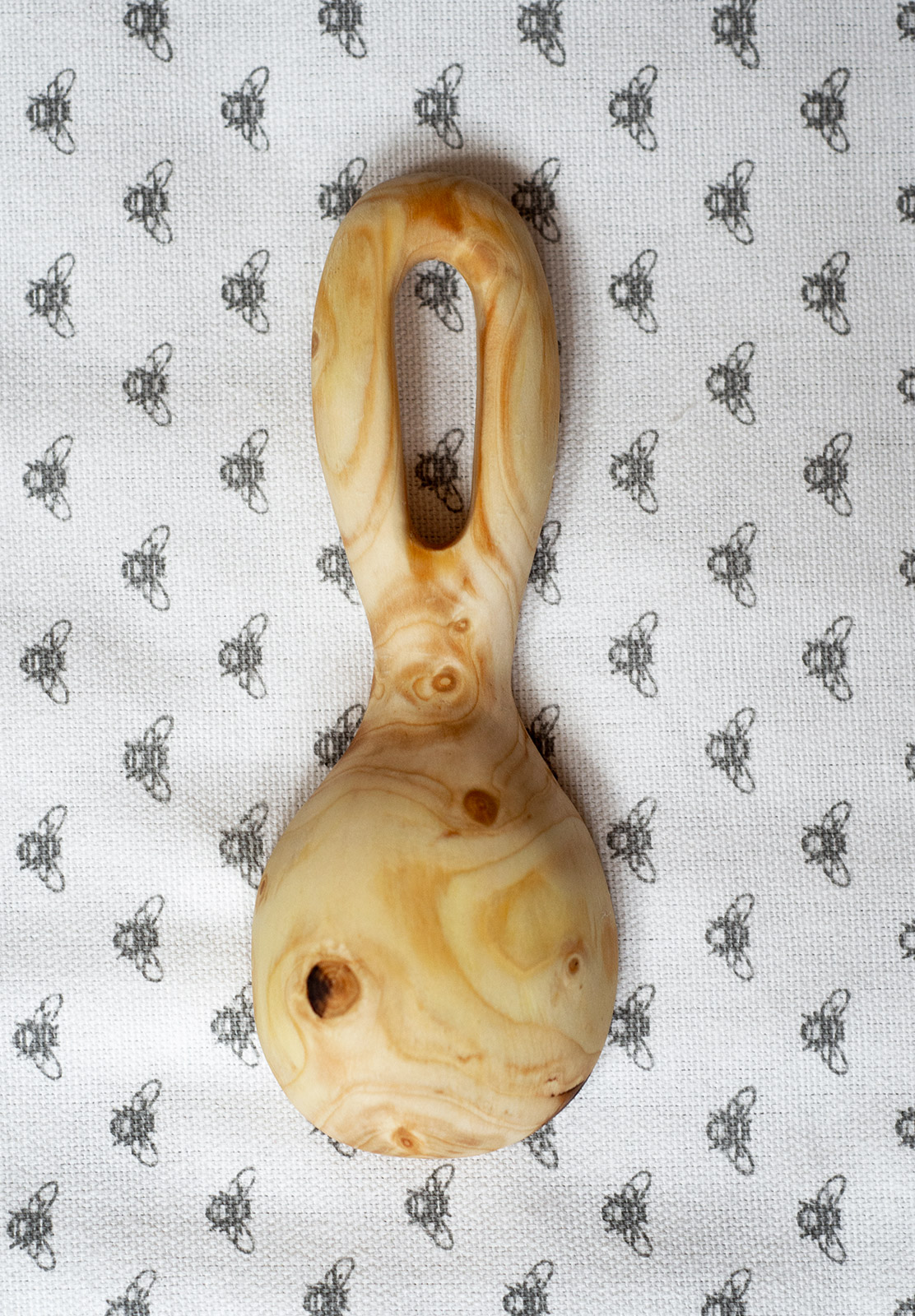 The lovely part about making your own spoons (or anything, really) is they can be carved to fit your own ergonomics. Well done hands.